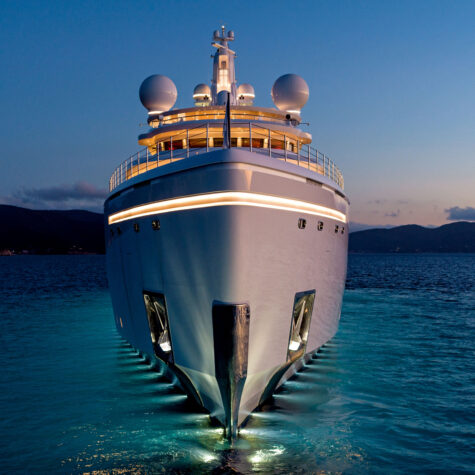 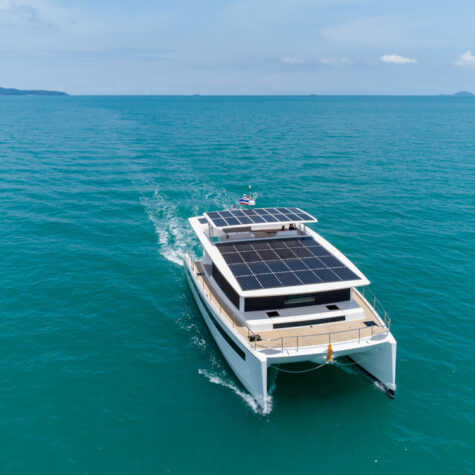 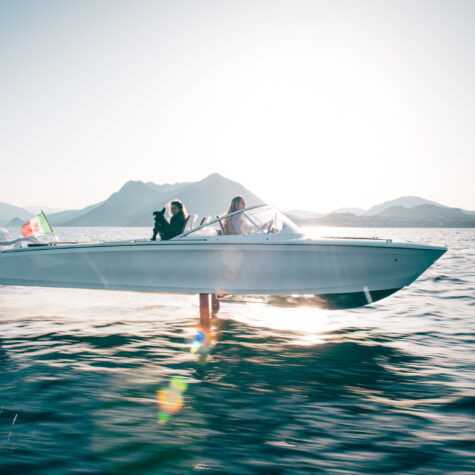 When Ford announced its new all-electric F-150 this spring, it seemed to mark a turning point in the electrification revolution. Lincoln followed with its own announcement that it would transition to an all-electric lineup of luxury vehicles by 2030. The Volkswagen Group, makers of Audi, Porsche, Ducati, Škoda, Lamborghini, Bentley and other luxury brands, has also forecasted that 70% of the cars sold in Europe will be powered purely by batteries by 2030, with electric cars in China and the U.S. accounting for half of all vehicles sold. 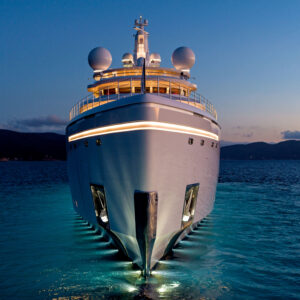 Electrification is clearly propelling the auto industry, yet it’s only beginning to make waves in the yachting world. Pure-electric boats comprise less than 100 units per year. Meanwhile most U.S. boaters have been reticent to embrace electric technology — mostly due to the limited power of the battery. (After all, what boater wants to get stuck offshore with no assistance for miles?) And yet most industry experts predict that electric technology will be the future.

“The International Maritime Organization has been a leader in this effort,” explains the team at Burgess, a global leader in luxury yachts. IMO has already adopted mandatory measures to reduce emissions of greenhouse gases from international shipping by at least 50% by 2050. IMO also expects the reduction of CO2 emissions to be at least 40% by 2030 and 70% by 2050, compared to 2008 figures. “This legislative drive will mean that all vessels, commercial and recreational, will need to change,” concludes the Burgess team.

The yachting industry is exploring a number of ways to generate clean power, including pure battery power, hybrid drive systems, hydrofoil systems and solar power. “The current advances in maritime propulsion and power are based around electricity. The main changes will come from the way that electric power is generated onboard a yacht as opposed to how it is stored,” the Burgess team notes. “This will have the biggest impact on speed, range and layout onboard the vessel in the future.”

They predict that the all-electric yacht dream will be first realized in smaller size categories, like day boats and wakesurf boats. 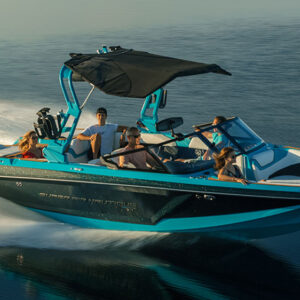 In the U.S., Nautique recently partnered with Ingenity, an electric propulsion brand, to create the 100% electric GS22E, a wakesurf boat. Ingenity incorporated an energy-dense battery and propulsion system into the engine compartment of the GS22, with a battery that allows for two to three hours of “normal watersports use and can be recharged in as little as 90 minutes,” according to the website. 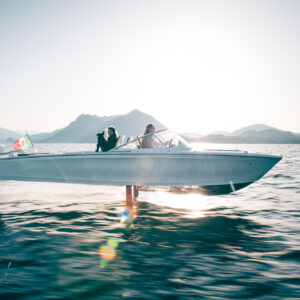 European brands like Candela, DutchCraft, Rand, X Shore, Marian and Vita X also make electric day boats. The Swedish-built Candela C-7, for example, uses a state-of-the-art hydrofoil system that lifts the hull of the 25-foot electric boat above the water’s surface, reducing friction by 80% and enabling long-range on pure battery power. The retractable foils give the C-7 three times more range at 22 knots than other electric boats on the market, with the ability to go 50 miles before having to recharge. It reaches a top end of 30 knots. American-made Navier 27 is an electric-powered vessel with three retractable hydrofoils; the boat has a top end of 30 knots and a 70-mile range at 20 knots. 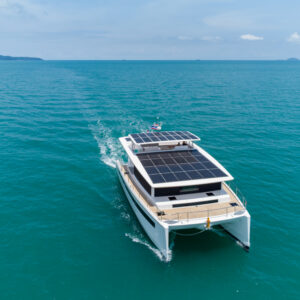 Other boat manufacturers are looking into harnessing the sun’s energy as a power source. Among the pioneers is Austria-based Silent Yachts, maker of solar-powered multihull cruisers. It quietly made a name for itself with the Silent 64, which broke records in 2018 as the first solar-powered production yacht to cross the Atlantic, and its flagship triple-deck Silent 80, its largest solar-electric catamaran to date. What distinguishes the company from other yards is that it does not refit existing yachts to make them electric, per CMO Franz Böse. “All our catamarans were purpose-built and designed to be fully solar sustainable from the ground up,” he notes. The company’s innovations come from its “capability to place more solar panels on a shorter boat through smarter design. The lighter the yacht, the less energy is needed for propulsion, increasing not only its range but also the amount of power available for using the luxury amenities onboard.” 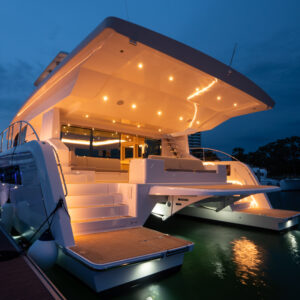 To date, Silent Yachts has sold a total of 38 yachts. “Some of our clients are passionate Tesla drivers and first-time yacht owners,” explains Böse. “Humble people who are interested in the latest technologies and enjoying their love for the sea but could simply not identify with the polluting nature of a conventional motor yacht.” That’s the type of clientele that Navier hopes to attract: a younger demographic who want to enjoy the freedom of the water without producing carbon emissions. Founded by two MIT engineers, the Silicon Valley boating startup just launched a Pioneer program for people who are interested in the electric concept. 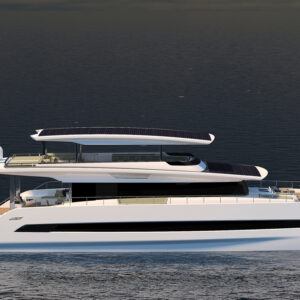 The future for all-electric technology in larger vessels may seem more distant. The Burgess team is optimistic, however, predicting that super yachts will be phased into all-electric technology with the introduction of diesel-electric propulsion: “In five years, we expect that a number of the new yachts being delivered will be fitted with hybrid technology, most likely in the form of battery systems and small fuel cell systems coupled to diesel/dual-fuel generator sets.”

Most of the new Burgess projects are being conceived around diesel-electric technology, utilizing diesel generators that develop electrical power for propulsion and hotel loads. “The future is definitely electric, with DC being the common denominator,” they predict, which “allows easier integration of battery systems and a reduction in the number of converters required onboard for other systems.” The team anticipates it will be another 10 years before we would see a yacht over 85 meters being fully powered by fuel cells and eliminating the use of fossil fuels entirely.

Compared to the dynamic and fast-paced nature of the automotive sector, the yachting industry adopts new technology at a slower pace.

“Economies of scale are not as effective here as in the car industry, simply because of the overall market size,” says Böse. “However, it is happening. The ball is rolling steadily, with the domino effect already taking place with other yacht builders starting the development of solar-electric yachts.”

Wave of the Future: Are a Tesla-Like Generation of Electric Yachts on the Horizon?

Wave of the Future: Are a Tesla-Like Generation of Electric Yachts on the Horizon? 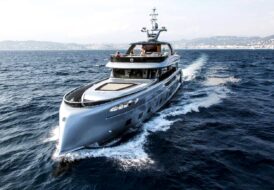 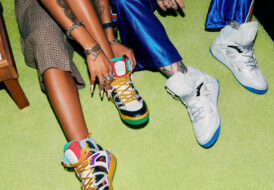 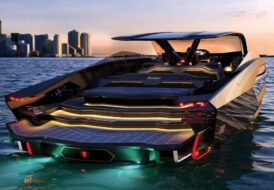 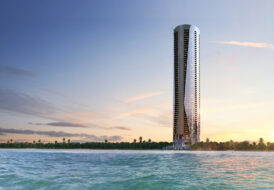