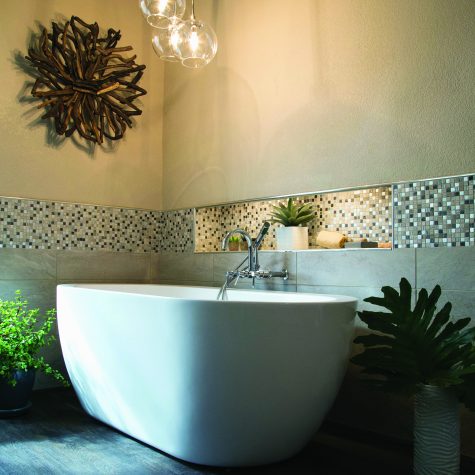 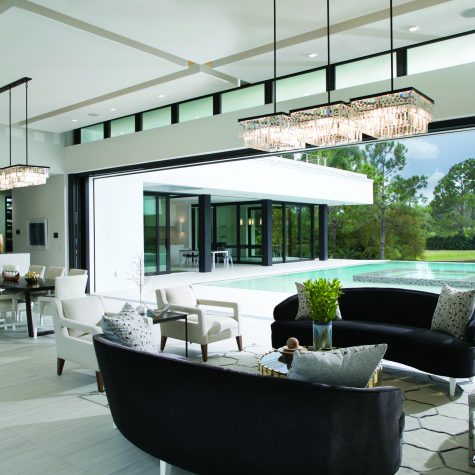 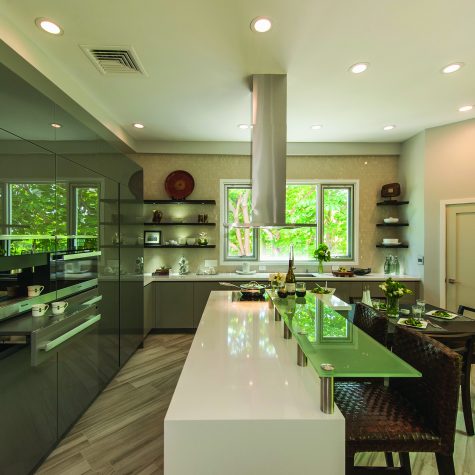 Harbingers of fashion and design, affluent consumers have become virtual arbiters of what’s in and what’s out.

“My customers are way more educated than they ever have been. I think they’re more aware of design, more aware of what’s out there,” says New York City’s Shawn D Henderson, who is one of the Architectural Digest’s 100 top designers.

“The high end usually wants to be on to the next big thing. It goes back to wanting something different and not feeling like they are walking into every friend’s house,” observes Beverly Hills designer Christopher Grubb, who frequently speaks at design events.

Today, white and gray continue to reign as preferred neutrals. Mid-century Modern is emerging as a touchstone for architecture, and contemporary’s sway extends beyond the coasts and the Sunbelt. Neutral palettes unify open concept plans, but high-end dwellings that appear as simple streamlined white boxes don’t tell today’s design story.

Comments from notable designers as well as insights gleaned at Design and Construction Week reveal a narrative, especially for luxury homes, more nuanced than simply white, gray and contemporary.

“The most sophisticated interiors today are contemporary, have a lightness about them, and feature intriguing artisanal furniture, lighting and accessories. Even more traditional rooms are devoid of pattern and rely more on texture and color to keep them current and today. No one wants to live in grandma’s dusty attic,” shares Jamie Drake, principal of Drake/Anderson in New York City.

“To me it’s getting those layers in there and those pieces that speak to each other and play off of each other. To me that’s what it’s all about,” explains Henderson. 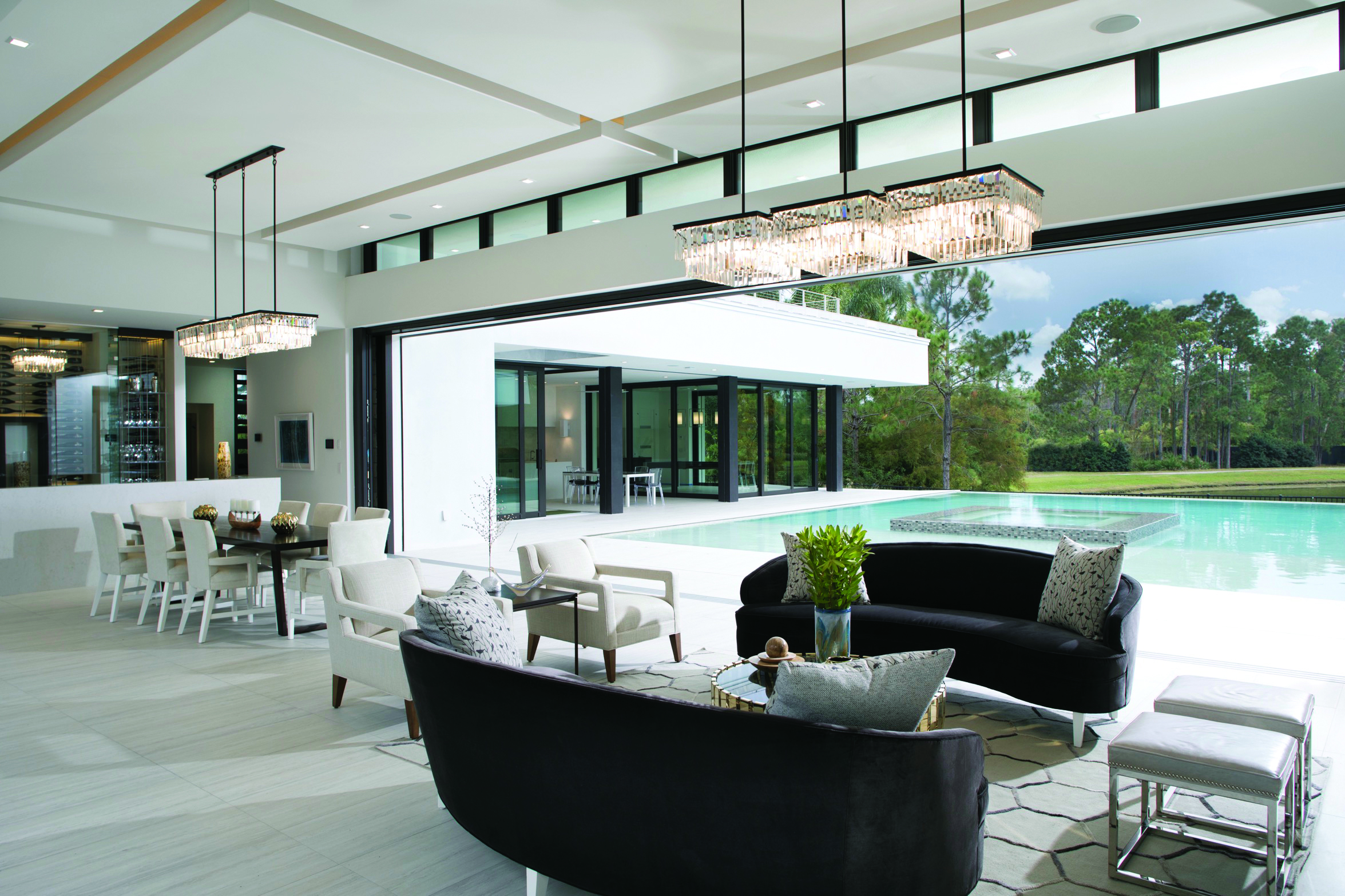 No facet of Design and Construction Week gives better insights into what’s ahead, particularly for upscale homes, than The New American Home (TNAH), designed and constructed each year in conjunction with the International Builders’ Show to showcase the latest in architecture, building science and design. Phil Kean, whose Winter Park, Florida, firm has a track record of award-winning, high-performing residences that are simply stunning, orchestrated this year’s TNAH. His inspiration came from a trip to Palm Springs and the lifestyle personified by Sinatra’s Rat Pack. Ties to Mid-century Modern are evident throughout, but the overall architecture is progressive, reflecting what is recognized as international contemporary aesthetic.

A large cube form comprised of stone, flanked by modern arrangements of wood and glass,  anchors the exterior and elevates the entry. Inside, one arrives at an interior courtyard configured as a putting green. One goal for the plan was a home that could be considered a self-contained resort. Disappearing walls and doors open main living areas to this central open-air space on one side and pool, patio and lake views on the other, making the lush green Florida landscape part of the experience. For upscale homes, from estates to high-rises in all climates, an indoor-outdoor synergy is an expected feature, and rather than simply an amenity, an orientation to the outside is integral to the DNA of new homes. 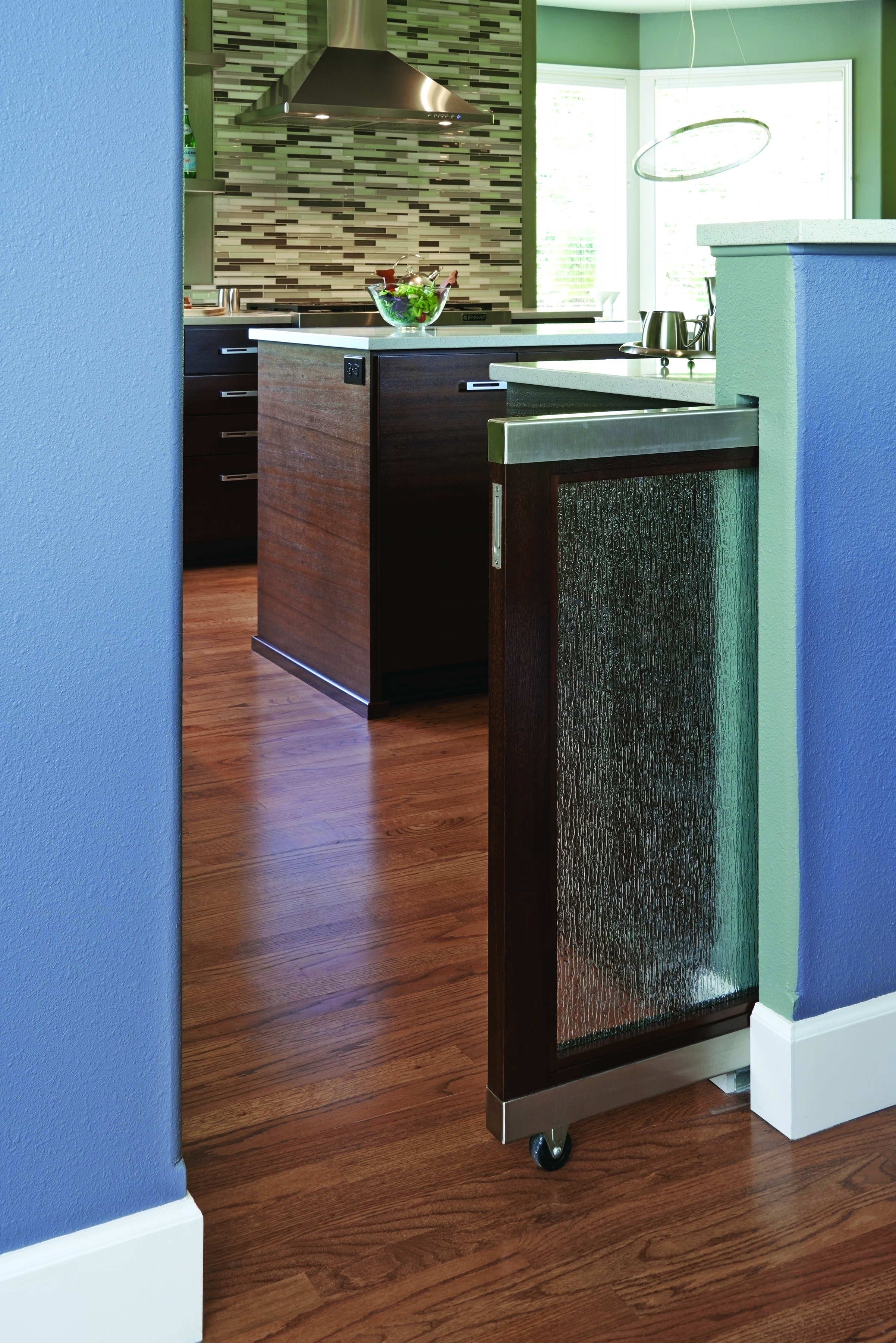 Designed for ultimate flexibility with pods that can be shut down when not in use, TNAH is suited for multiple generations, frequent visitors or even a group of friends or family who pool resources and purchase the home together. From the sleek kitchen with modern gloss and glass cabinets to a master suite with a private courtyard and massage space to dark framing that highlights doors and windows as design elements, forward-looking features are on display. 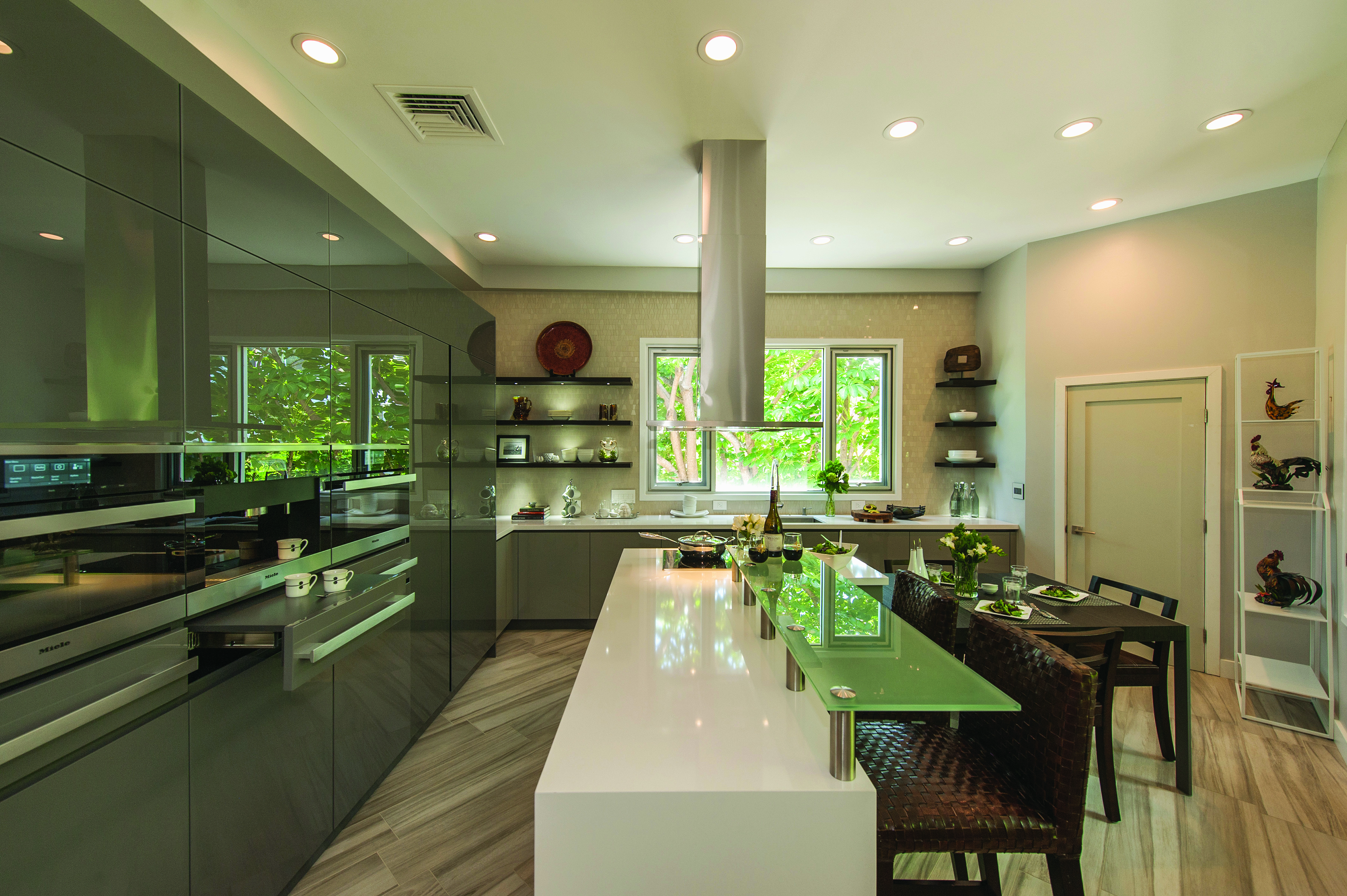 High-gloss cabinets are an emerging trend, according to the National Kitchen and Bath Association’s (NKBA) annual design survey. Clean lines, built-ins and simple door styles define kitchens today. Contemporary outpaces traditional as the second-most-popular style. Transitional remains most preferred, but even this look appears more refined and streamlined every year. Also, gaining interest are industrial and Mid-century Modern. Boomers find Mid-century familiar, almost nostalgic, while for younger consumers it is new and fresh.

Preferences for white and gray show no signs of slowing down, but a stroll through the show floor reveals a kaleidoscope of future possibilities — pops of colors, large geometric patterns, reclaimed wood and mixed metals. More than a few blue hues, often with gray undertones, were in evidence, particularly for cabinets. Black is another color gaining prominence, often with a soft brushed finish. “Black is a great classic, whether it’s a matte with graining or high-gloss lacquer,” says Chicago designer Donna Mondi, who sees natural wood tones as part of the transition away from a strictly neutral palette.

“In kitchens, we are seeing more color in cabinetry, backsplashes and surfaces. Back-painted glass, leather wrapped doors and lacquer are hot, and add original notes of distinction,” shares Drake.

Manufacturers enhanced existing technology, but the biggest news for appliances was column refrigerators and freezers that can be finished however a consumer wishes. A slim profile makes them easy to integrate and also allows unlimited possibilities for configuration. Microwave drawers are preferred over free-standing or built-in units. For several years, manufacturers have been searching for an alternative to stainless. This year’s solution is a matte finish called black stainless. Premier appliance brands used to be desired status symbols, but Grubb is finding the cachet waning for some consumers.

Last year, the show revealed hints of metallic finishes; this year warm metals from brushed brass to satin bronze were on display. “Gold tones are starting to stand out more and more” at the show, says Grubb. “We have done brushed nickel and chrome for so many years. People who appreciate design are ready for a change. Gold is more polished and elegant, and that’s part of the appeal.” From brushed brass to satin bronze, metals are showing up in unexpected places, as part of a composition in a backspace to inlays in cabinets. On the other hand, oil rubbed bronze, copper and rose gold are fading.

“Hardware is also getting more decorative. Knobs and pulls are becoming like pieces of jewelry unto themselves,” says Grubb.

Today, what’s inside a cabinet is as important as the outside. “Clients take the time to go through every possible fitting. For sure, convenience and storage is a priority,” says Grubb.

In luxury homes, a freestanding sculptural tub in the master bath has almost become a must-have. Approximately 60 percent of NKBA members surveyed expect to specify more freestanding tubs in 2017. Requests for vessel sinks are waning, while trough sinks are emerging. 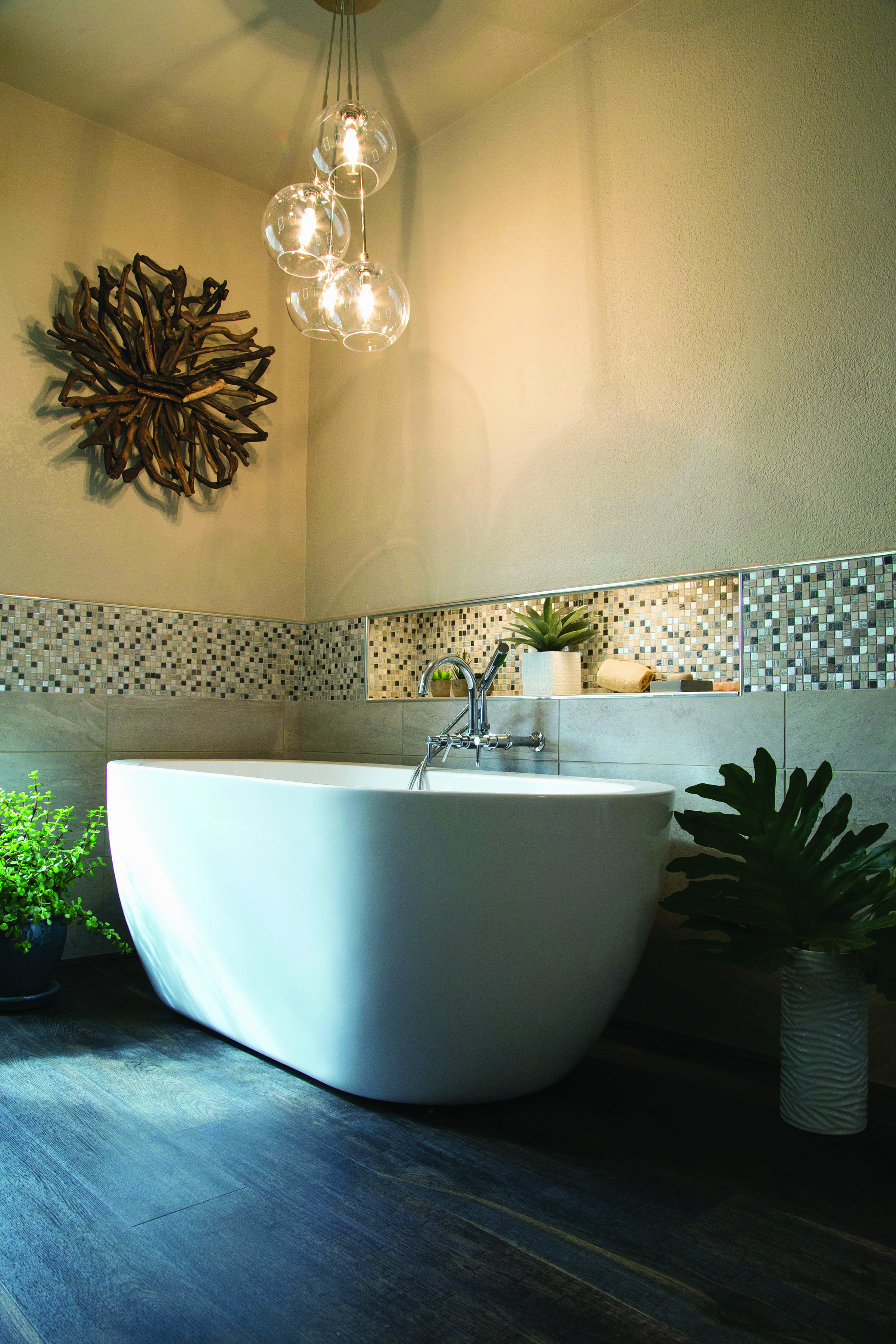 The show also tapped into a growing penchant for fewer rooms, possibly even less square footage, with a higher level of finishes. Overall home sizes are on the decline after a decade of increases. Size preferences do go up as income levels increase, but, increasingly, even high-end consumers are a showing a move toward less square footage. “No matter what the income, buyers overwhelmingly prefer a smaller house with more features and amenities over sheer size. More than two-thirds are willing to trade size for high-quality products and features,” explained Rose Quint, NAHB assistant vice president for survey results.

“It’s more about really functional spaces and higher quality finishes,” says Mondi. Our request has been more that they don’t want these rooms that they don’t use. Some people don’t want a living room. They’d rather have it be a home office or really beautiful study or library.” 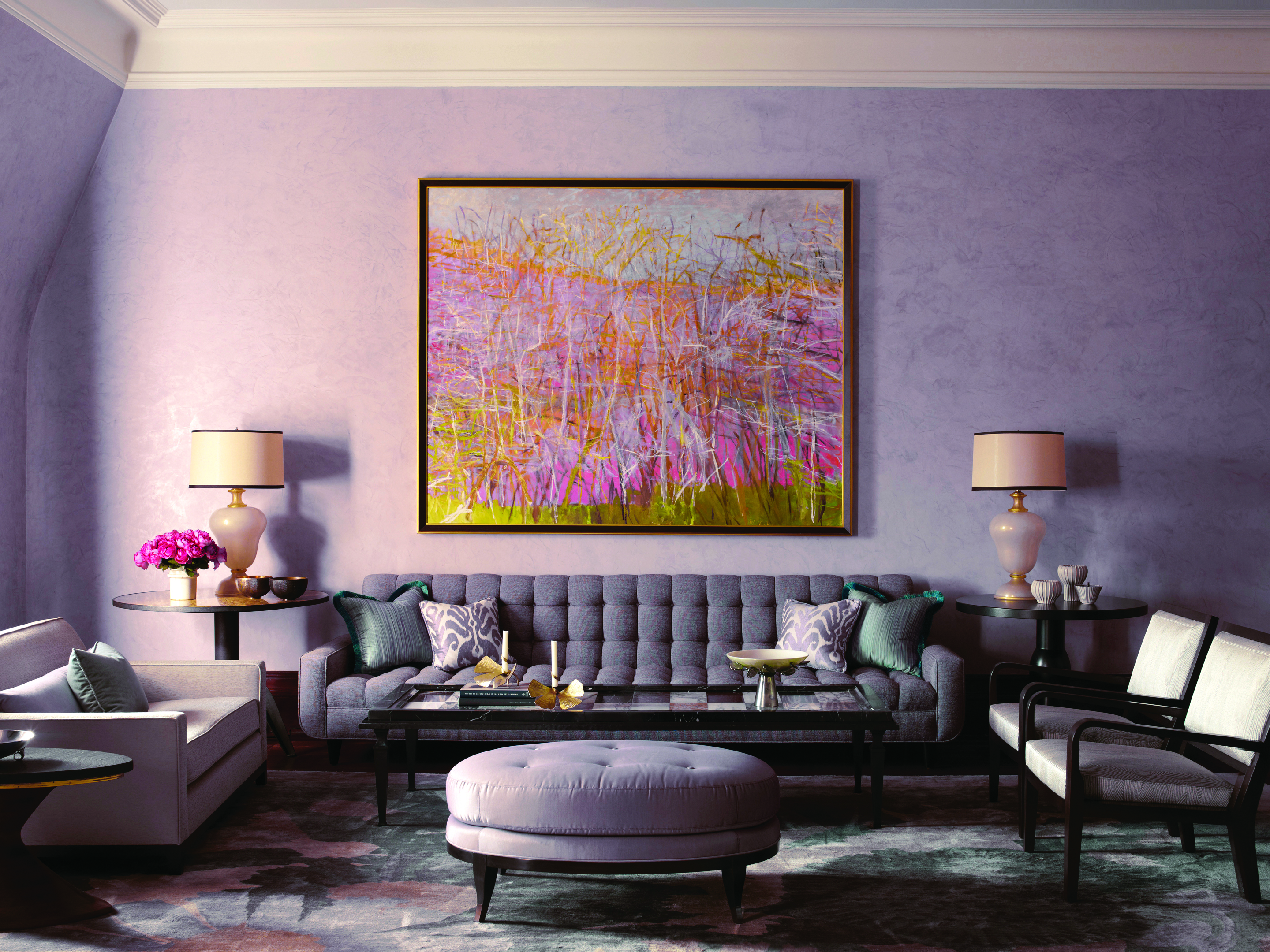 Looking ahead, most experts see contemporary evolving, becoming softer and more eclectic. “We are going to start to see lots more rounded edges, softer, curvier pieces,” says Henderson. “I would like to see a greater mix of more classic American antiques or even Shaker, that simpler American furniture mixed European influenced pieces. Something more eclectic, less mid-century American, I think that mid-century European and Scandinavian pieces are going to be even more and more popular.” 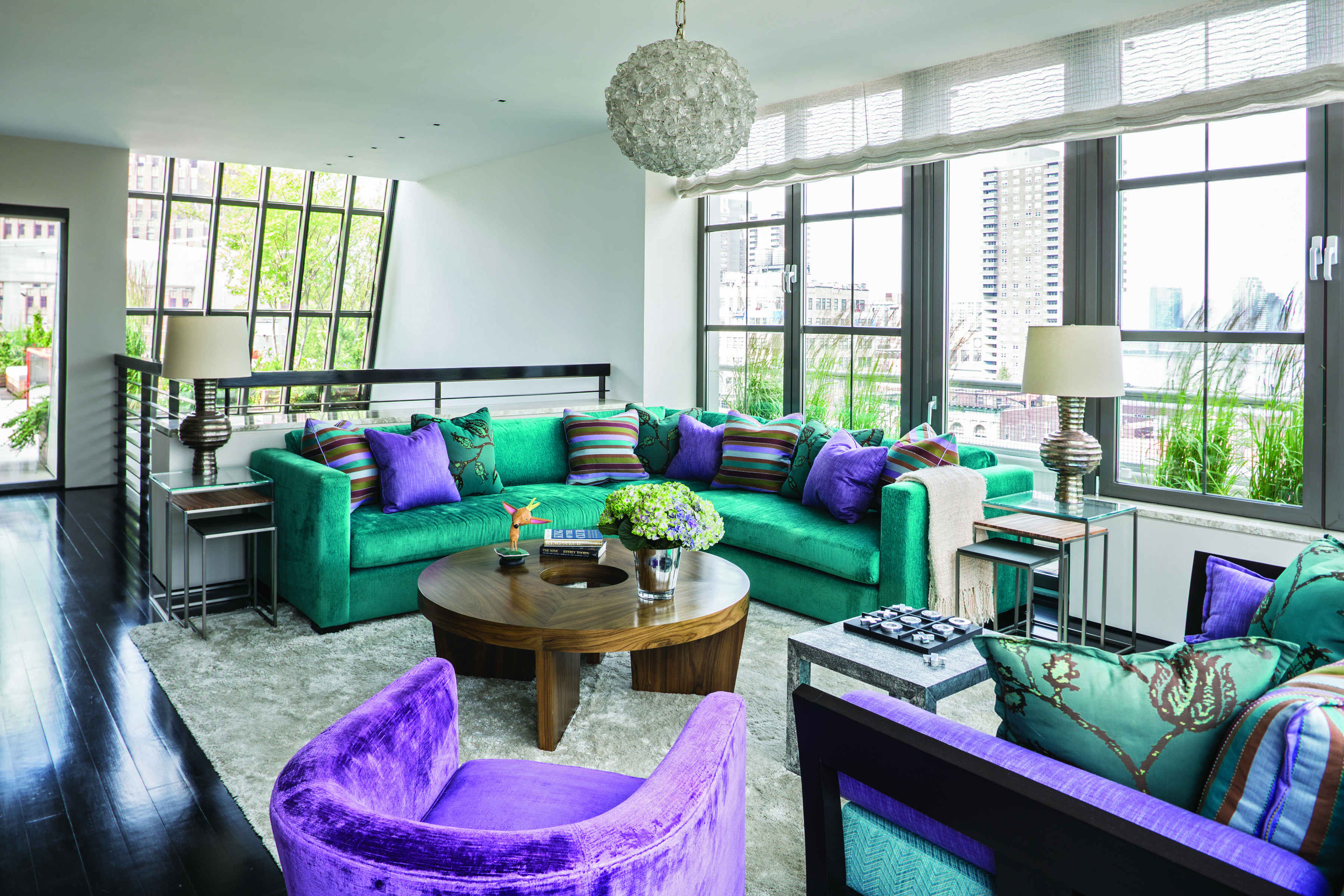 The gray and white saga isn’t over yet, but color from art, pillows and accessories will continue to be an essential element. “I do think that we’re going to start to see more color, like splashes of color. I don’t think things are going to be predominately super colorful,” says Henderson.

This article originally appeared in the spring 2017 edition of Homes & Estates magazine.