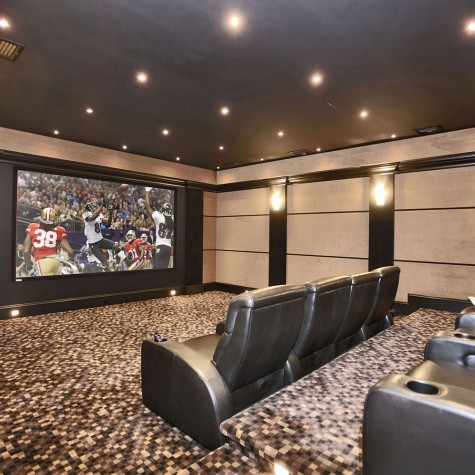 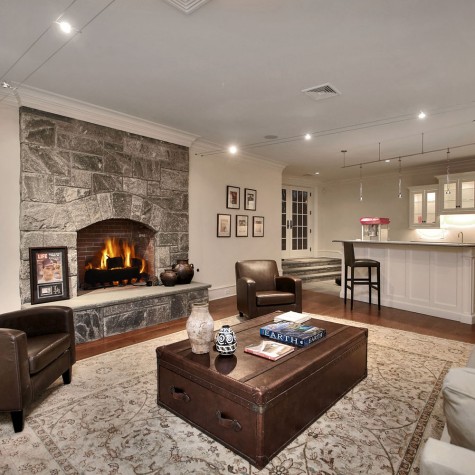 “Origin of man cave: coined by a slob at the end of the first decade of the 21st century, the repulsive word ‘man cave’ was picked up by a growing population of people with bad taste to describe a deplorable emerging phenomenon of banality.”

This hilarious Urban Dictionary definition of “man cave” undoubtedly captures its early zeitgeist. But the man cave is no longer the unmentionable embarrassment of the home, nor is it a mismatched mess/shrine to all things NBA, NFL, MLB, NHL, and NCAA (complete with banners, beer steins and bobbleheads). Today’s man cave is designed with as much, or sometimes more, attention to detail as a home’s gourmet kitchen or master bath—a sophisticated spaces whose utility is equal to its luxury.

This shingle-style, Westport, Connecticut estate is a sophisticated entertainer’s paradise throughout its 7,258 square feet, and its man cave-like spaces comprises an entire floor of the home, centered around a state-of-the-art home theater that is as elegantly designed as it is technologically advanced. 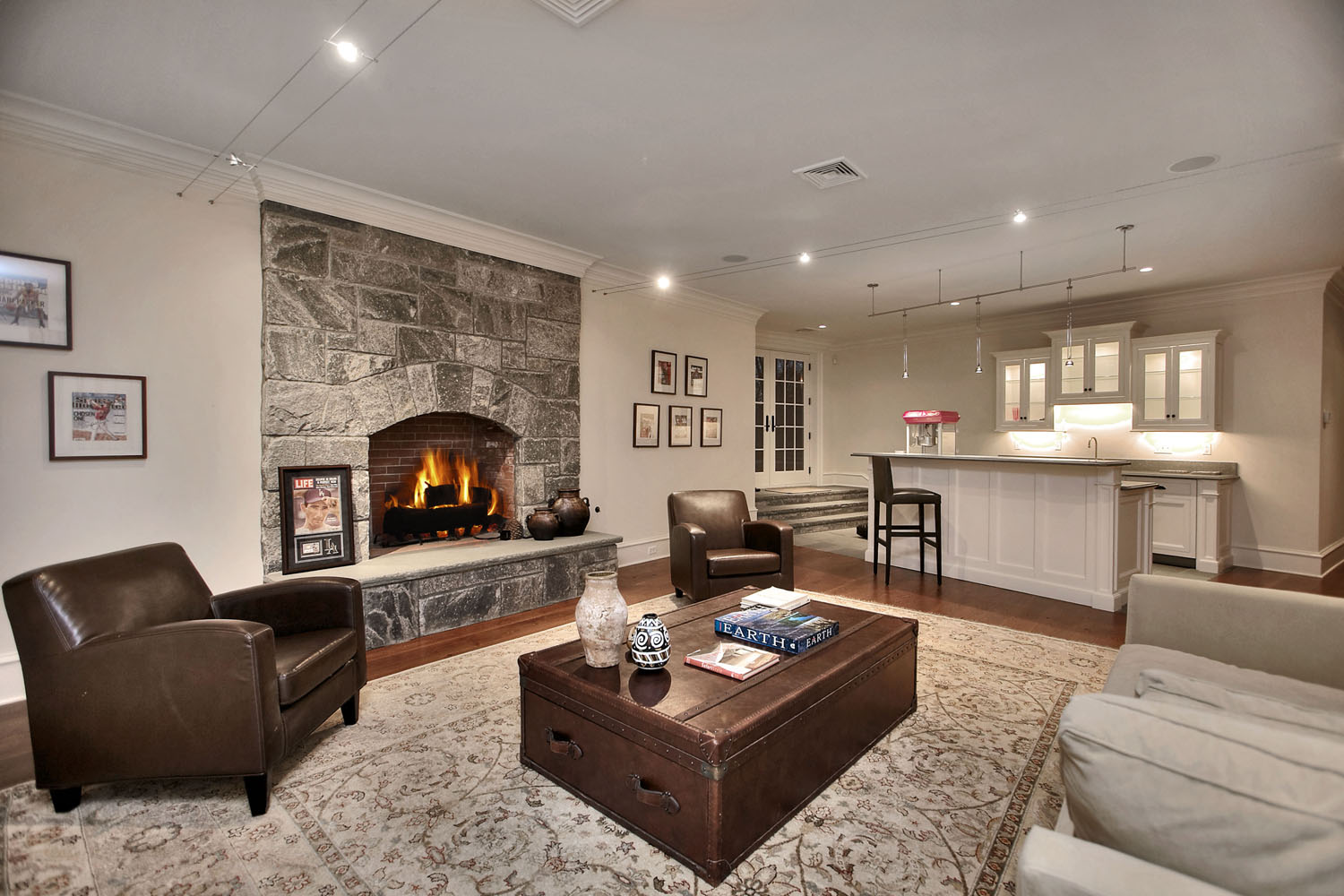 “This home has the best home theater I have ever seen,” said Joni Usdan, the home’s listing agent who is based in the Coldwell Banker Residential Brokerage office in Westport. “Everything about it is top of the line, including the 120-inch screen, which is the largest you can buy. The finishes are stunning, from the pin dot lighting that turns on and off progressively, to the high-quality Italian leather seating, to the beautiful acoustic panels along the sides. Everything is so tasteful; it makes for a very rich and luxurious experience.”

Those wooden acoustic panels are laid horizontally along the walls of the home theater, giving the room a sleek, stylized look. The leather reclining chairs are organized in two rows of four, theater style, providing ample space for the whole family to screen a first-run film or a group of friends to watch the Final Four in high style.

Need to cool off after your bracket is busted? The home theater is only one of the enticing spaces on the garden level of this home. Right around the corner from the theater is a large gathering area with a stone fireplace and party kitchen. “It’s nicer than most home’s family rooms and it’s not even the main family room,” said Usdan.

Unlike many typical basement-level man caves, this space invites the same light and airy atmosphere as the rest of the 17-room home. Instead of feeling cloaked and claustrophobic in a windowless cell (hence the “cave” in “man cave”), you can open the French doors from the main gathering room, or another set in an adjacent game room that currently houses a ping pong table, and stream in the sunshine. Or, walk right out onto the oversized saltwater pool and acre of lush grounds.

“This area almost acts as a loungy cabana because you can come right in from the pool without having to walk across the lawn,” said Usban. “Once inside, you can also use the large tiled shower in the spa bath and make use of the convenient second laundry room right there. This entertainment level really has it all and provides great function, with spaces for parties and gathering, plus several amenities for comfort and convenience.”

Also included on this floor: A gym, an au pair suite, and extra storage. All levels of the home are also served by an elevator—because who wants to climb stairs while carrying the heartache of a loss in the Final Four.