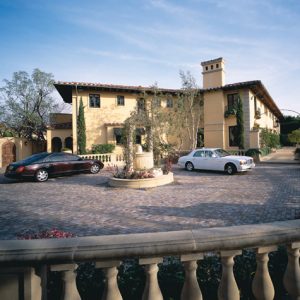 Luxury is not always defined by the largest mansions, the flashiest diamonds or the fastest cars. Since the recession, more affluent consumers have adapted what Robert Frank calls “conscientious consumption.” For them, quality trumps quantity; and privacy supersedes ostentatious displays of wealth. But what about luxury design?  Is less really more? 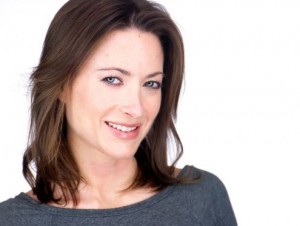 Previews Inside Out sat down with Samantha Brooks, senior contributing editor of Robb Report Home & Style, who recently discussed the concept of “The New Luxury” during a keynote panel at LEGENDS with Joan Behnke, Grant Kirkpatrick and David Wiseman.

Previews Inside Out Would you mind defining the concept of “new luxury” for us?

Samantha Brooks It’s funny but we rarely use the word luxury in Robb Report. It’s understood that everything in our magazines is luxurious. We’ve covered a broad range of luxury products and styles over the years. Before the recession, there was a sense of excess and showmanship. People wanted the biggest boat, the largest house, the most expensive car—it was all about superlatives. Now, things have scaled back. People aren’t necessarily spending less, but they’re spending differently. It’s more about quality over quantity. That’s not to say no one is building 50,000-square-foot homes anymore, but people have realized that a 20,000-square-foot home with finer furnishings and art is also a nice way to live.

Previews Inside Out Can you recall a recent example of “new luxury” in a home you recently visited or featured in your magazine? What stood out to you?

Samantha Brooks Robb Report Home & Style just profiled New York–based designer Tony Ingrao, whose projects usually start at $1 million. He was telling me about a bachelor pad he had just finished: a 2,400-square-foot, one-bedroom penthouse in New York. The owner could have easily afforded a home two or three times the size, but he decided on something in a more livable scale with really high-end furnishings so that he’d appreciate and use the space. I also recently visited a development in the British Virgin Islands called Oil Nut Bay, where the homes are limited to 15,000 square feet. Lots start at about $2 million, and then there’s the cost of building and furnishing a home. It’s not an inexpensive endeavor, especially for a vacation home, but it’s more substance than flash. It’s about balance, not excess or deprivation.

Previews Inside Out How has high-end design changed since the recession?

Samantha Brooks People are more discreet. Before the recession, I’d say half of the homeowners featured in Robb Report wanted to remain anonymous. Now that number is probably closer to 90 percent. I’ve been told that homeowners appreciate being featured in our magazine because we understand that desire for discretion. I think homeowners also like the fact that, with Robb Report, their homes are seen by their peers rather than by everyone, as they would be in a mainstream publication.

In terms of design, many homeowners are choosing to be more discreet with the exteriors of their homes and focusing more on the interiors—the things you don’t see from outside. This can be anything from high-tech home automation to huge subterranean recreation rooms that might be half the size of the main house.

Previews Inside Out And now that the economy seems to be moving towards recovery, do you think high-end design is starting to shift again?

Samantha Brooks In places like China and Russia, top American designers were still working quite a bit during the downturn. Now, here in the U.S. things are picking up again. Of course design is always affected by real estate values, and right now there are a number of $100 million properties for sale. Some of them are not officially on the market, but they’re being quietly shopped around. At the extremely high-end level, there’s a lot of activity.

Previews Inside Out From what we’ve seen on the real estate side, affluent consumers seem to be moving away from ostentatious displays of wealth, preferring to keep their successes quiet and their luxuries private. Have you seen that?

Samantha Brooks Yes, definitely. Now more than ever, luxury design tends to emphasize both quality and practicality. I’m not seeing as many over-the-top amenities, like backyard golf courses or swimming pools that rival waterparks. I’m seeing money being spent on collectibles like art and antiques—things that will hold and likely increase in value. Although, on the flip side, one designer recently told me she’s had requests from clients for car washes, which might sound elaborate, but I suppose those facilities are actually pretty practical if you have a large car collection.

Previews Inside Out What about the newer generations of luxury consumers…do they view luxury differently than some of the older generations? How does that play into “new luxury”?

Previews Inside Out Where do you see luxury going in the next five years?

Samantha Brooks I think people will continue to look for the latest in technology and anything that makes their lives easier, whether that’s in home automation or appliances. And while looks and styles inevitably change, I think it’s safe to say that quality will remain important—that and the need to establish individuality and character in a home rather than follow any one trend.