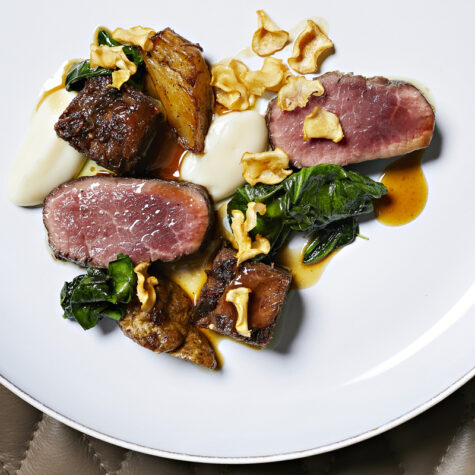 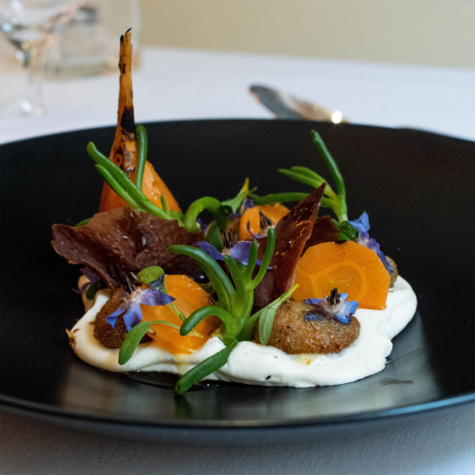 After a couple years of surviving on take-out and delivery, Americans are blissfully returning to their favorite restaurants and eagerly exploring new ones. The pandemic may have temporarily shuttered dining rooms, but tenacious restaurateurs pushed forward with ambitious projects, confident the allure of dining out would never fade. Presented on these pages is a sampling of some of the most promising new restaurants across the country. 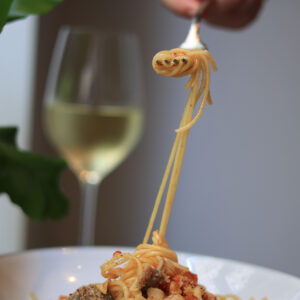 Steps from Union Square is Vallata, surprisingly the first Italian restaurant from Top Chef co-host Tom Colicchio. “I grew up in an Italian household in New Jersey, but never opened a true Italian restaurant,” reports the celebrity chef. The menu is unpretentious and approachable – think house-made focaccia, arancini with spicy tomato sauce, and bucatini cacio e pepe – and was inspired by the home-cooked meals Colicchio and his family prepared together during the pandemic. “After a year of cooking at home with my family, I realized that the dishes that brought us the most comfort, that natural sense of joy, were the dishes I was raised on,” he explains. 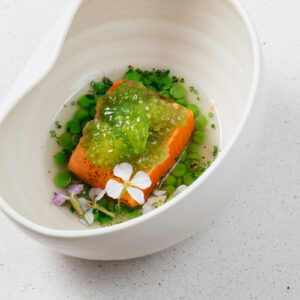 Chef Curtis Duffy and sommelier/restaurateur Michael Muser, who earned a trio of coveted Michelin stars at Grace, continue their collaboration at the artfully appointed Ever, offering sophisticated tasting menus. “Our pursuit of refinement is never finished,” declares Duffy, who adds, “Our ambition has only intensified.” Further evidence of Chicago’s sizzling dining scene – the days of the Windy City being strictly a steak-and-potatoes town are long gone – is Esmé from Alinea Group alums chef Jenner Tomaska and wife Katrina Bravo. The Lincoln Park restaurant integrates art and philanthropy into fine dining without compromising the highly innovative, world-class cuisine. “With Esmé, the goal was to change the model for how a fine dining restaurant functions for guests, team members, and the community,” reports Bravo, explaining that supporting local causes, artists and producers enriches the culinary experience. 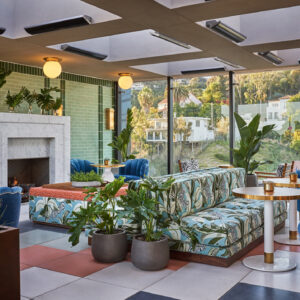 A-list projects continue to debut in L.A., including Merois from celebrity chef Wolfgang Puck at a chic new Sunset Boulevard hotel. The rooftop venue offers stunning city views and Asian-inspired dishes such as kung pao cauliflower, Peking duck, and branzino in puff pastry with Vietnamese caramel sauce. “Sunset Boulevard holds a very special place in my heart,” says Puck, referencing the original location of his iconic Spago. “Merois exemplifies my passion for combining classic French techniques with California and Asian influences,” he adds. This restaurant proves yet again that Puck, now in his seventies, remains incredibly relevant in the trendy L.A. dining scene he helped create.

Mediterranean and Asian culinary themes, features diver scallops with foie gras and uni, shawarma-spiced Wagyu gyoza with ponzu, and king crab escabeche with a Tunisian spice mix. “We wanted to create an experience that would fuse our Mediterranean roots with our love for Japanese food and culture,” says co-founder Marine Galy of the inspiration for the venture. She adds, “MILA’s motto is ‘Eudaimonia’ – the Greek word meaning the contented, happy state you feel when traveling.” 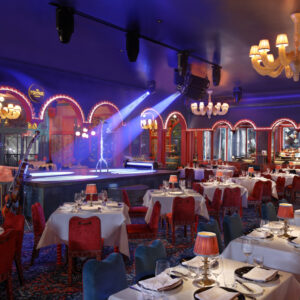 Retro is currently the rage in Las Vegas, reflected by the recent openings of The Mayfair Supper Club at the Bellagio and Delilah at the Wynn. Both are sumptuous throwbacks to a bygone era and feature the dishes – items like oysters Rockefeller and lobster Thermidor – that complement the vibe and evoke vintage Vegas memories à la Sinatra and company. At Delilah, caviar service precedes old school favorites like beef Wellington or fettucine Alfredo, followed by baked Alaska. Guests dress up for these clubby venues that are welcome additions to the ever-evolving Strip. 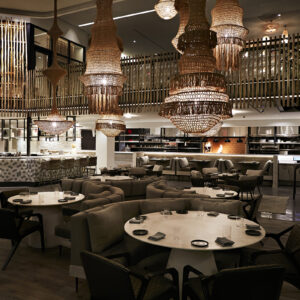 Chef Nicholas Stefanelli – his Masseria in the capital earned a Michelin star – has now opened Philotimo, a gorgeous new Greek restaurant in the city’s downtown district. Savory loukoumades stuffed with taramasalata and crowned with golden Ossetra caviar, mantia (veal-stuffed dumplings) and rosy lamb with tzatziki enhance a contemporary Mediterranean menu. “The idea for Philotimo started six years ago when I was on a wine trip to Greece. Since that trip, it’s been wonderful to explore the other side of my heritage,” says Stefanelli, whose family has roots in both Italy and Greece. 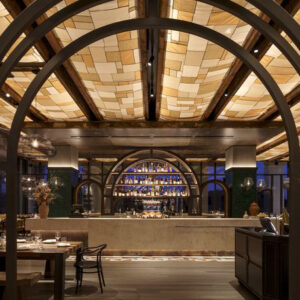 James Beard Award-winning chef Hugh Acheson is known for bringing refined, modern sensibilities to Southern cuisine without forfeiting its soul. But at his new Mount Royal, the native Canadian pays homage to Moishe’s, Montreal’s legendary Jewish steakhouse. Diners might begin with Acheson’s take on salade Lyonnaise, beef tartare or latkes with smoked salmon, then move on to grilled Canadian lobster or ribeye with béarnaise and a side of poutine.