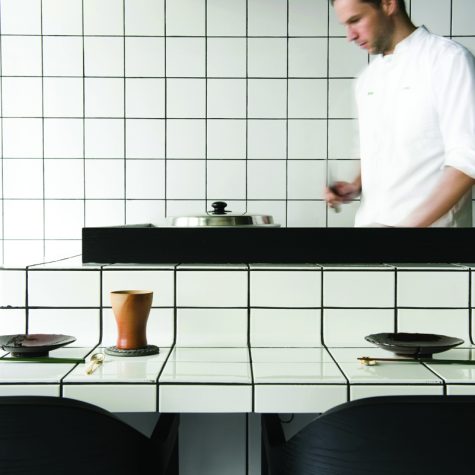 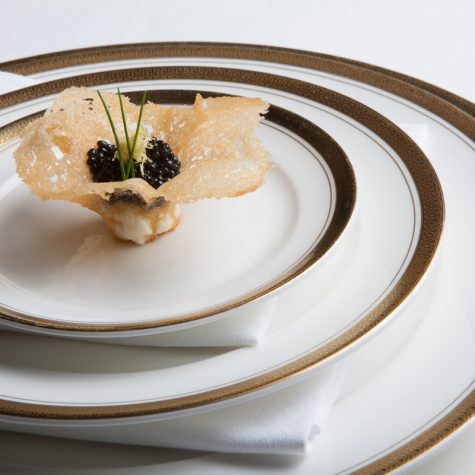 Forget slipping the maître d’ a $100 bill to snag a table at Eleven Madison Park, or calls to The French Laundry, asking the hostess to pull strings to seat your party of VIPS at the highly coveted 7:00 p.m. time slot. Increasingly, the world’s most progressive restaurants are offering ticketed food journeys and ditching the old trusted standby: reservations.

“What I think is driving ticketed dining is the emphasis on creating an experience within a restaurant,” says Elyse Inamine, Food & Wine’s associate restaurant editor. “Food can be transportive, and chefs are tapping into that.” 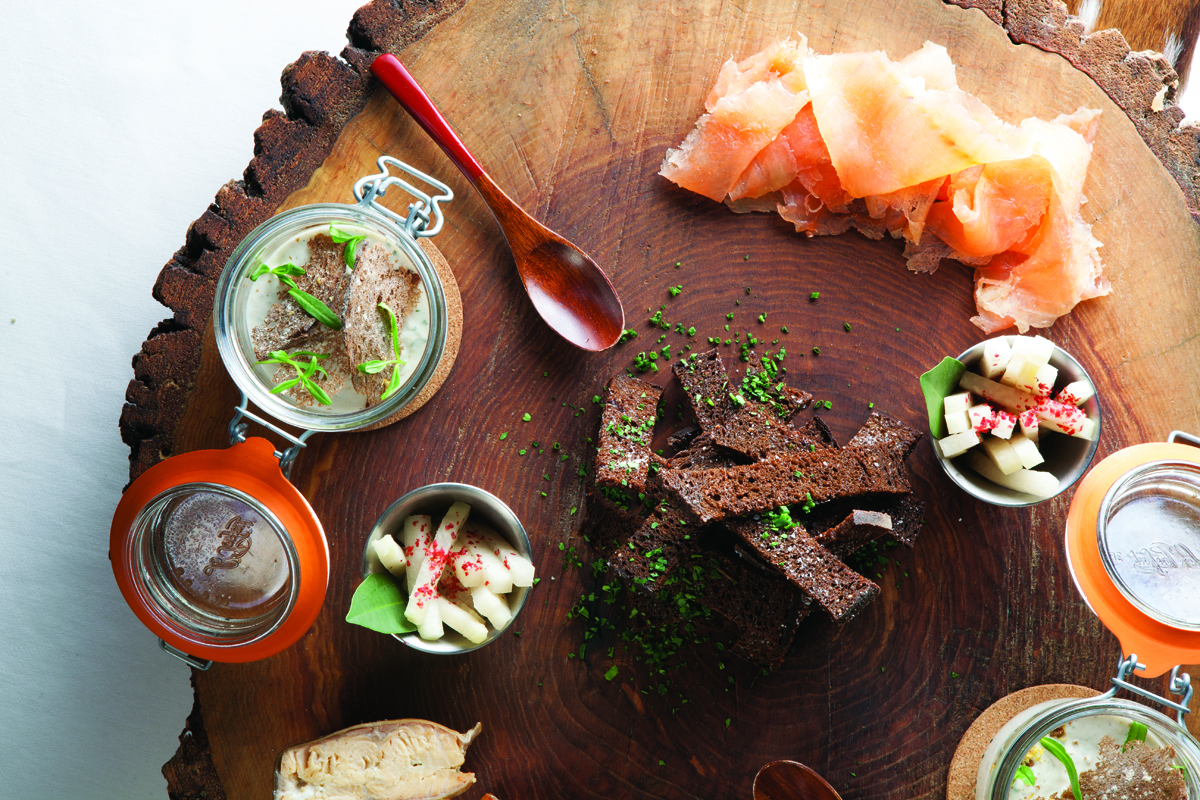 Inamine notes that chefs are investing in all facets of the restaurant, from sourcing specific ingredients to building more elaborate spaces and designing staff uniforms. It’s only natural that they would want to exert more control over the experience they offer their patrons, too. For restaurants, it means fewer last-minute cancellations. For diners, the ticket phenomenon means they must pay up front, but it also encourages them to carve out time on their calendars and requires them to be present for the experience, “which is a huge shift from our screen-guided, Facebook event-maybe-marked way of living,” says Inamine.

Nick Kokonas, the Chicago-based co-founder of Alinea and Next, and the founder of Tock — the online restaurant ticketing system — sees it another way. Ticketing also allows the restaurant to deliver consistency each night, and often to a small number of diners. “When demand outstrips supply at a restaurant or a restaurant is very small, then offering a prepaid option helps streamline operations and improve hospitality,” he says.

Dozens of buzzed-about eateries have jumped on the ticket train — from Barcelona’s highly experimental, theatrical Enigma (which requires a secret code to get in) to unique operations like Lume in Melbourne, Australia, and Portland’s Farm Spirit (which has only 16 seats). Newcomers like Washington D.C.’s The Shaw Bijou from “Top Chef” competitor Kwame Onwuachi and L.A. chef Jordan Kahn’s daring Vespertine in Culver City are skipping over reservations completely and going the prepaid route. Even stalwarts like New York’s Eleven Madison Park and Thomas Keller’s The French Laundry moved to prepaid reservations. 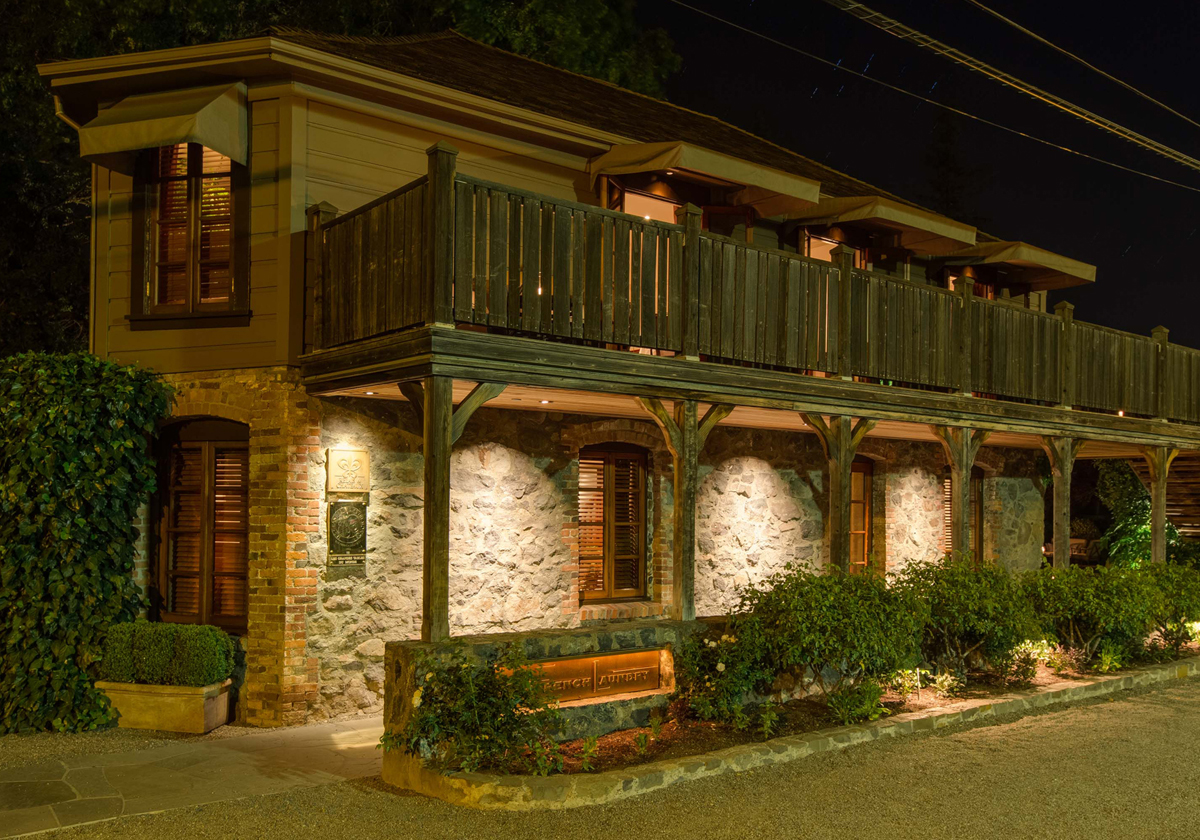 Restaurants aren’t the only tasteful tickets in town, either. There are pop-up experiences — like analog in Atlanta, a multicourse collaborative dining series from chefs Todd Richards and Guy Wong, and beverages of Jerry and Krista Slater — and hybrid events that combine eating with cooking demos from stars like “Top Chef” alum Paul Qui’s “Art of Crudo” at Pao inside the Faena Hotel Miami Beach and Chef Vinson Petrillo’s cooking classes at Charleston’s celebrated Zero Restaurant + Bar. This summer, Napa Valley’s Michael Chiarello launched Teatro Bistecca, which touts itself as an “18 karat evening of glamour, merriment and food” in a modern twist on classic dinner theater for $125 per person. Even the Michelin Guide features rare collaborations with top chefs who serve guests in locations ranging from restaurants to unexpected settings in cities like San Francisco and Miami. Almost anything goes in the wild, wild west of ticketed food experiences — just look at the innovative, Instagram-worthy after-hours dessert tasting menu at U.P. at Dominique Ansel Kitchen in New York’s West Village or the semi-secret SF Champagne Society’s champagne lounge in San Francisco’s SOMA district. 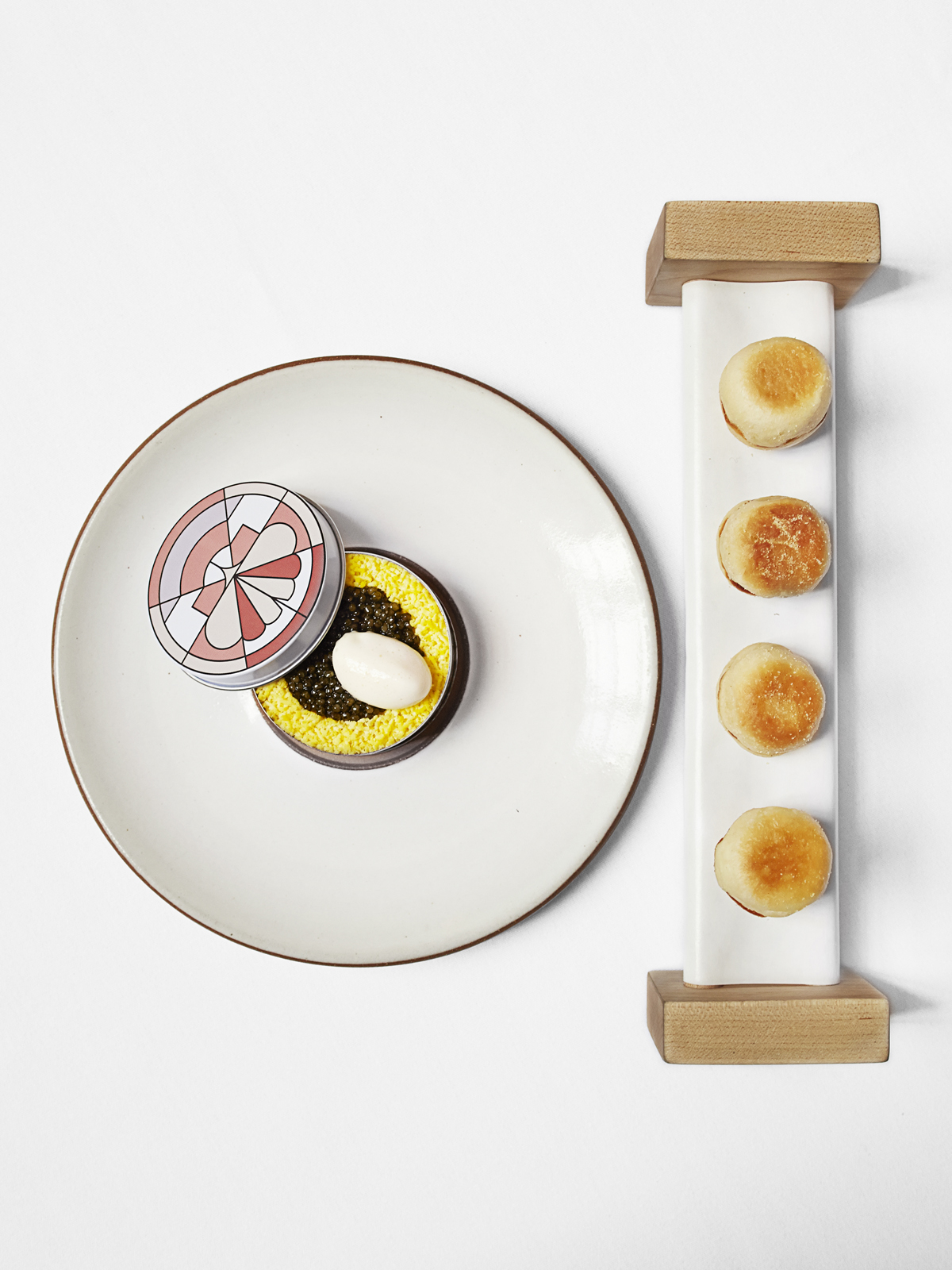 “Prepaid and deposit reservations are only part of the equation,” explains Kokonas. “The real magic of Tock is offering unique culinary experiences right next to ordinary free reservations. By doing so, a restaurant, winery or even a gallery can let customers know about all of the offerings it may have — whether it’s chef’s tables, wine tastings or pop-up dinners — prior to dining. Diners love this. Instead of being up-sold at the restaurant, they can plan ahead for something truly special.”

With the explosion of Tock, both Kokonas and Inamine predict more and more chefs will embrace the idea of ticketed dining experiences. Since debuting in 2014, Tock has already grown to include over 400,000 diner accounts and offers more than 500 different unique culinary experiences in 51 cities around the world. The online platform had 34,300 purchases, seating nearly 150,000 people in one month alone. But can a night at a restaurant really be treated the same as a night at the theater? So far, the answer — from even the savviest of diners — has been: “Where do I sign up?”

Enigma is the latest concept from Ferran and Albert Adrià, the legendary Spanish brothers behind elBulli who practically coined the term “molecular gastronomy.” Only 28 diners per night maze through six different areas in one giant, cloud-like space, experiencing a dazzling sequence of one-biters and mini cocktails. 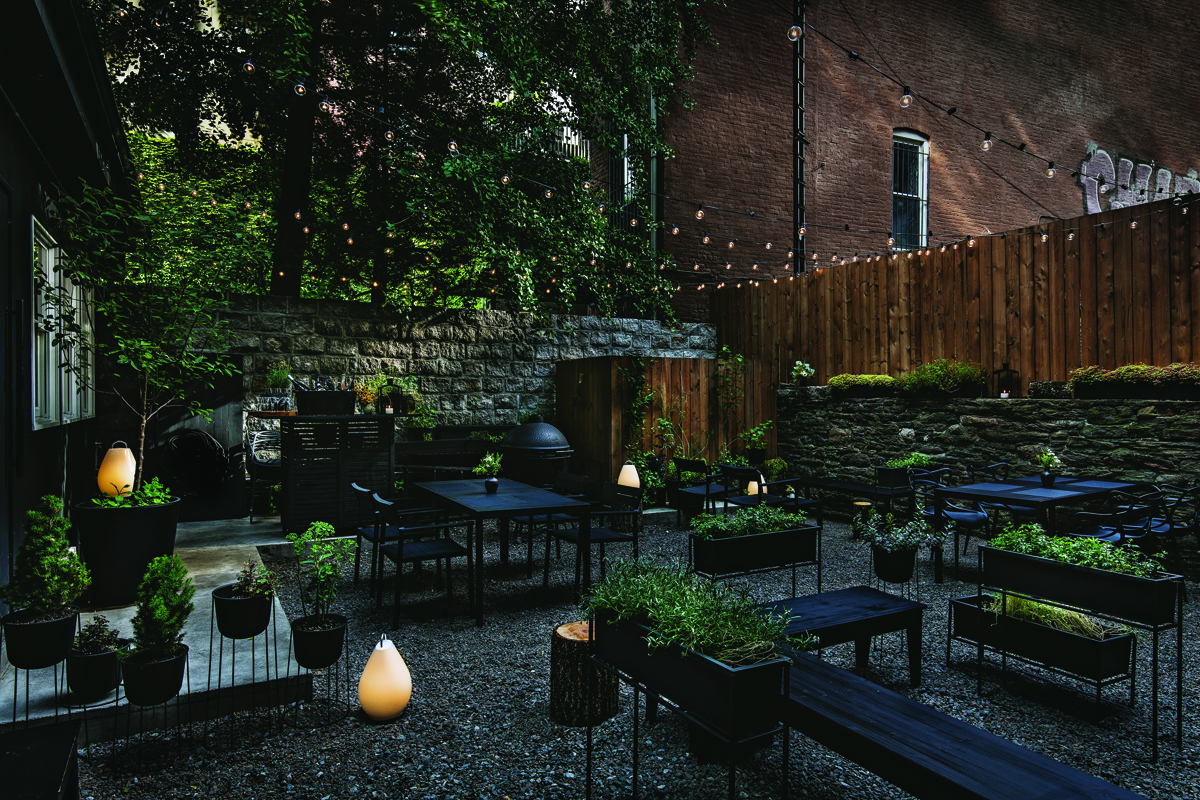 Run by Swedish chef Fredrik Berselius, this Michelin 2-star Brooklyn restaurant may only consist of 10 tables — but it takes diners on a larger-than-life “culinary journey of Scandinavian flavors and techniques” through seasonal tasting menus.

As the sister restaurant to Rose’s Luxury, Chef Aaron Silverman’s Pineapple and Pearls is already making a splash on Capitol Hill with his elegantly inspired tasting menu. The highly anticipated eatery already earned a coveted spot on Bon Appetit’s “Best New Restaurants” list, and earned praise from the Washingtonian as D.C.’s “Best Restaurant.” 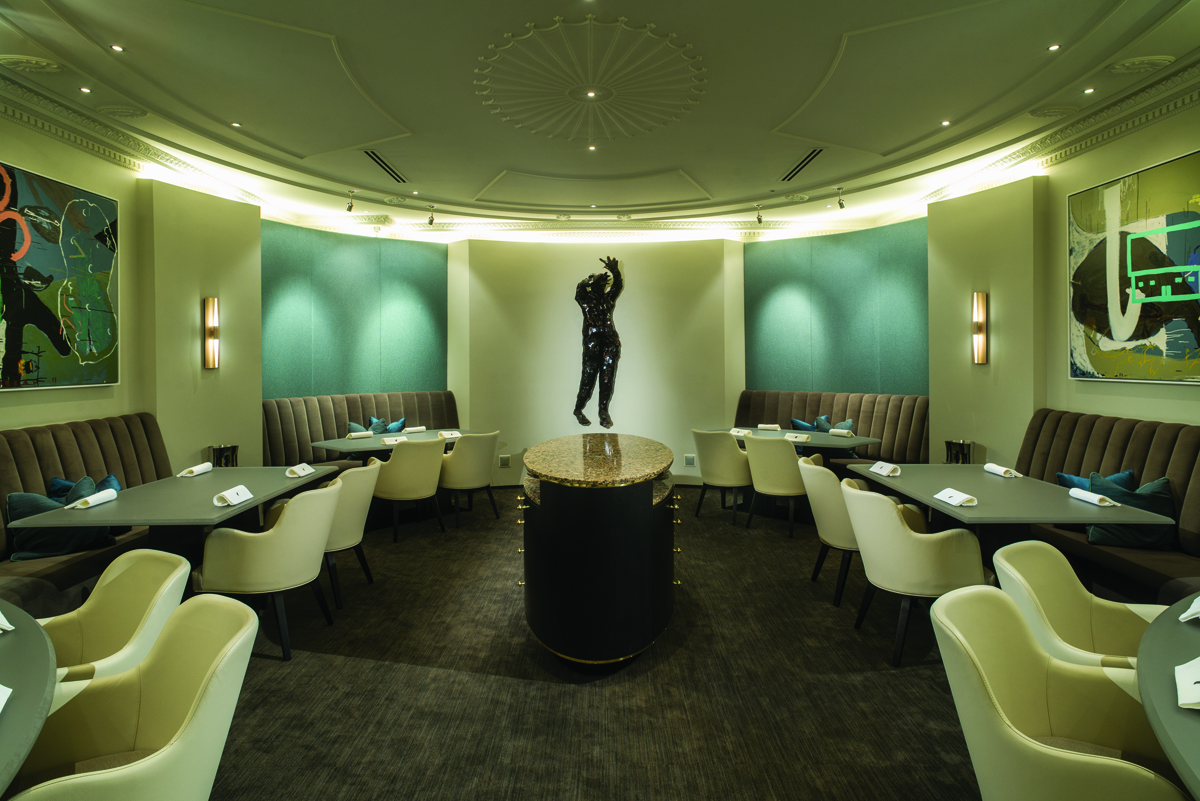 Fun, emotional, provocative. These are three words that describe the modernist dining experience at Chicago’s Alinea — named to the “Best Restaurant in America” list four times and one of only 13 restaurants in the United States to earn the coveted Michelin 3-star rating. Headed by Chef Grant Achatz, the Lincoln Park restaurant now features three unique and distinct experiences: The Gallery, The Salons and the Kitchen Table.

Vibe: Bright, airy and sophisticated.
Order: The completely private Alinea Kitchen Table tasting, $385 per person (for parties of six only); 16–18-course menu, $285–$355 per person in the first floor gallery; 10–14-course menu, $175–$255 per person in the salon.
Taste: Expect the unexpected, whether it’s a green apple helium balloon that floats past your table or a milk chocolate, pâte sucrée, violet and hazelnut dish served à la Jackson Pollock.
Info: alinearestaurant.com

Trois Mec, which loosely translates to “three guys,” is the vision of Ludo Lefebvre, in conjunction with partners Jon Shook and Vinny Dotolo (of Animal, Son of a Gun, and Jon & Vinny’s). Since opening in June 2013 in an old pizza parlor in a strip mall, the trio has consistently delivered a changing five-course tasting menu that continues to earn praise among critics from the Los Angeles Times, LA Weekly and Food & Wine.

Vibe: Unpretentious yet chic — with a side of French hip hop.
Order: Five-course menu, $95 per person.
Taste: The menu is set by the chef each night, but a sampling of dishes may include potato pulp with browned butter and bonito flakes, foie gras beignets, mustard crème brûlée or buckwheat “popcorn.” Add supplemental courses if you can.
Info: troismec.com 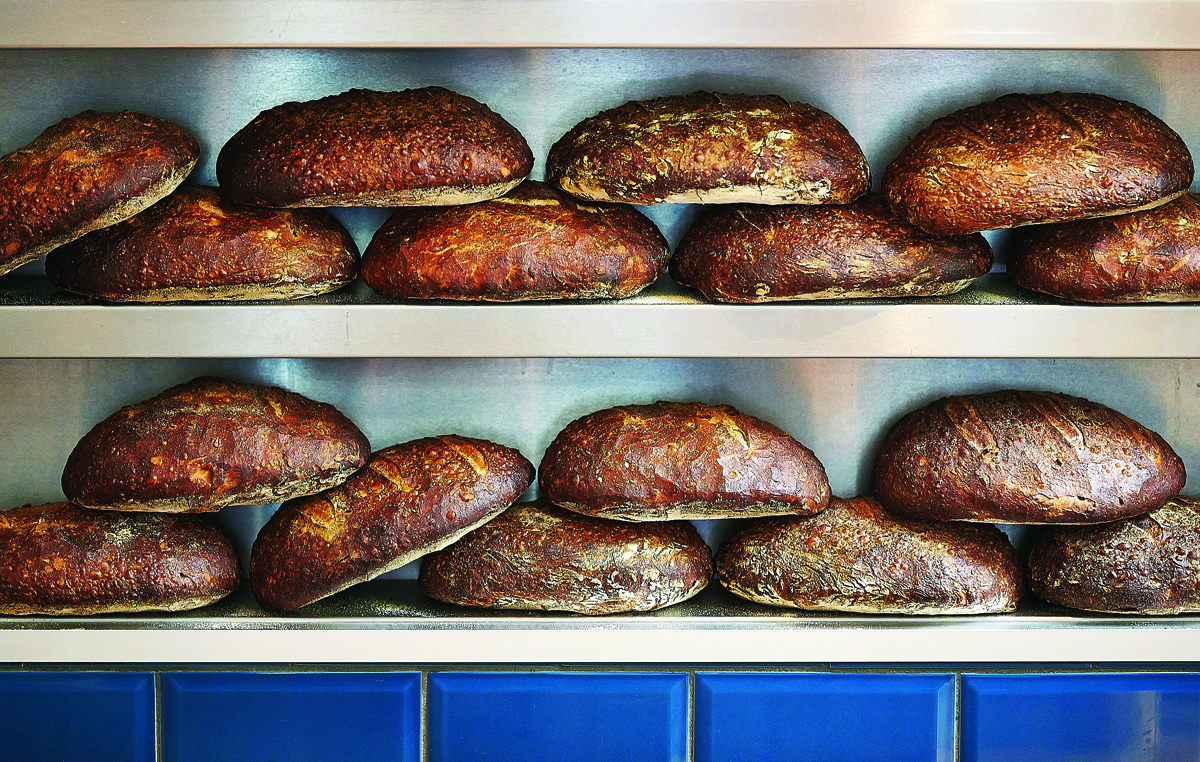 The Clove Club opened in March 2013 in East London’s of-the-moment Shoreditch district, and quickly established itself as a vanguard of the new UK dining scene, climbing to No. 2 in the UK and No. 26 in the “World’s Best Restaurant” lists, as well as gaining a Michelin star. The restaurant is known for its good food, personable service and comfortable atmosphere.

Michelin-starred Dominique Crenn sets the tone at her tiny eight-table Cow Hollow restaurant with an original poem, which loosely corresponds to the avante-garde dishes that are her hallmark. Atelier Crenn promises “a gastronomic discovery inspired by sustainable and seasonal cuisine,” or as Crenn herself calls it: “poetic culinaria.”

Vibe: Elegant simplicity.
Order: Chef Dominique Crenn’s Multi-Course tasting menu, $325 per person + supplements.
Taste: Crenn’s food is poetic and experimental, so expect metaphorical-sounding dishes with names like “Sitting on top of the dune, feeling of beach sand under my toes.” The menu is seafood-driven with everything from shellfish and uni to trout marmitako, but don’t be surprised if sweetbreads, bone marrow, pork belly and wagyu tartare make their appearance.
Info: ateliercrenn.com

The intimate dining experience at ernst in Wedding — one of Berlin’s hottest neighborhoods — focuses on “sourcing the best produce from Berlin and the surrounding region,” according to the 12-seat restaurant’s website. During the three- to four-hour experience, patrons will hear stories of local farmers, winemakers and craftspeople who helped shape the direction of the restaurant.

Vibe: Urban farmhouse modern.
Order: Seasonal tasting menu, 135 € per person. A beverage pairing can be added for 85€ per person.
Taste: The 20+ course menu places a strong emphasis on vegetables and simplicity, with dishes such as a piece of forced rhubarb poached in kombu dashi, an egg yolk with burnt cabbage and Brussels sprouts in Mangalitza pig fat.
Info: ernstberlin.de 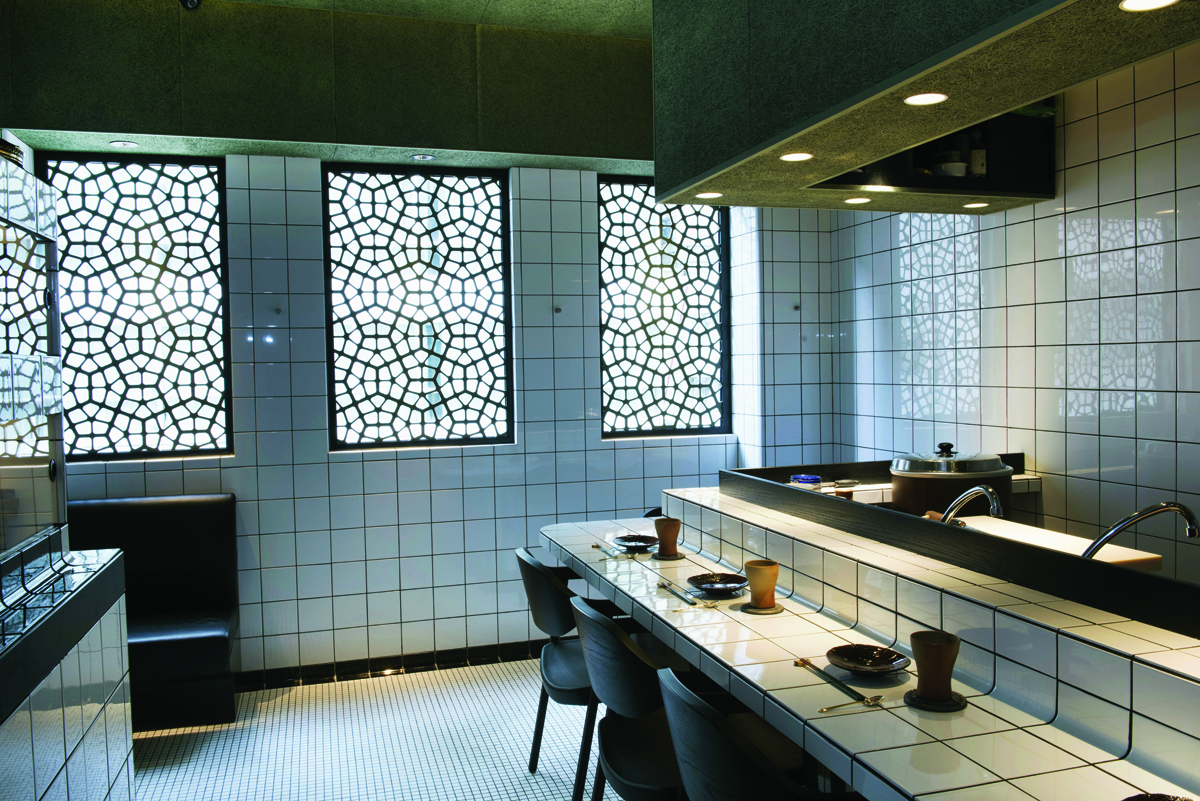 Okra Bar is an hidden sushi bar above Okra Kitchen in Hong Kong’s fish market neighborhood of Sai Ying Pun, serving only hand-made and carefully sourced ingredients and an extensive selection of sakes. New Orleans-born Chef Max Levy is known for his unique blend of Gohyakumangoku sake rice and Koshihikari rice, which is aged for one year and milled significantly less than other restaurants to preserve the natural flavor. Fish and seafood are also sourced from a variety of locales, with a strong significance placed on Fukuoka, Taiwan and Hong Kong.

The Michelin 3-star restaurant has given the world such delicacies as snail porridge and bacon and egg ice cream — and in the process, has consistently ranked among the world’s best restaurants. Since 1995, Chef Heston Blumenthal’s Berkshire village restaurant in Bray has advanced the craft of cooking while sparking a sense of memory and adventure in his patrons.

Vibe: Authentic country pub.
Order: The Journey, for two to six guests, £265–£275 per person.
Taste: You will get a map (as opposed to a menu) before you embark on a trip designed to trigger childhood memories. To be certain, nothing is as it seems. Two standouts: the Counting Sheep dish and The Sound of the Sea — a small plate of sashimi, served on a glass-covered box of “sand” and accompanied by a seashell, concealing an iPod that plays the sound of crashing waves.
Info: thefatduck.co.uk

Article by Dresden Scott; This story originally appeared in the fall 2017 issue of Homes & Estates magazine.