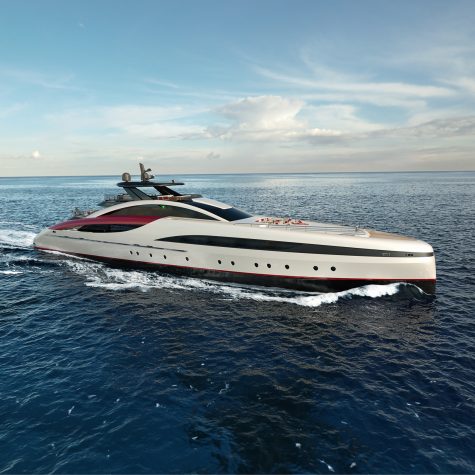 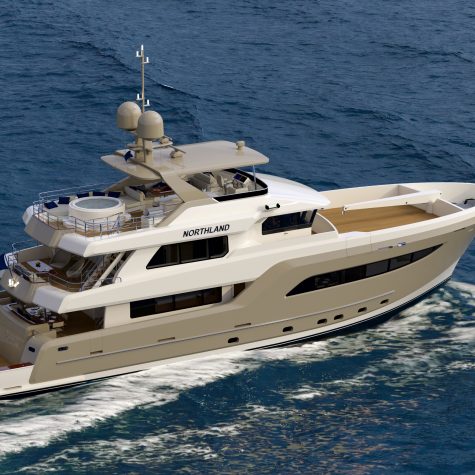 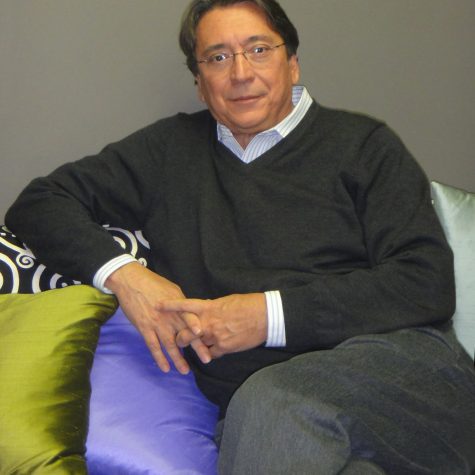 Luiz de Basto surveys the Savannah by Feadship and Galactica Star by Heesen moored at the Pier 66 Marina, as part of the Fort Lauderdale International Boat Show. The Miami-based yacht designer has the poise of a casual yet detached observer, mentally cataloging inspiration like snapshots as he walks the show. He is intrigued by Savannah’s underwater room at the transom with a large glass window and Galactica Star’s beautiful interior. “Interesting,” he opines, the wheels turning. 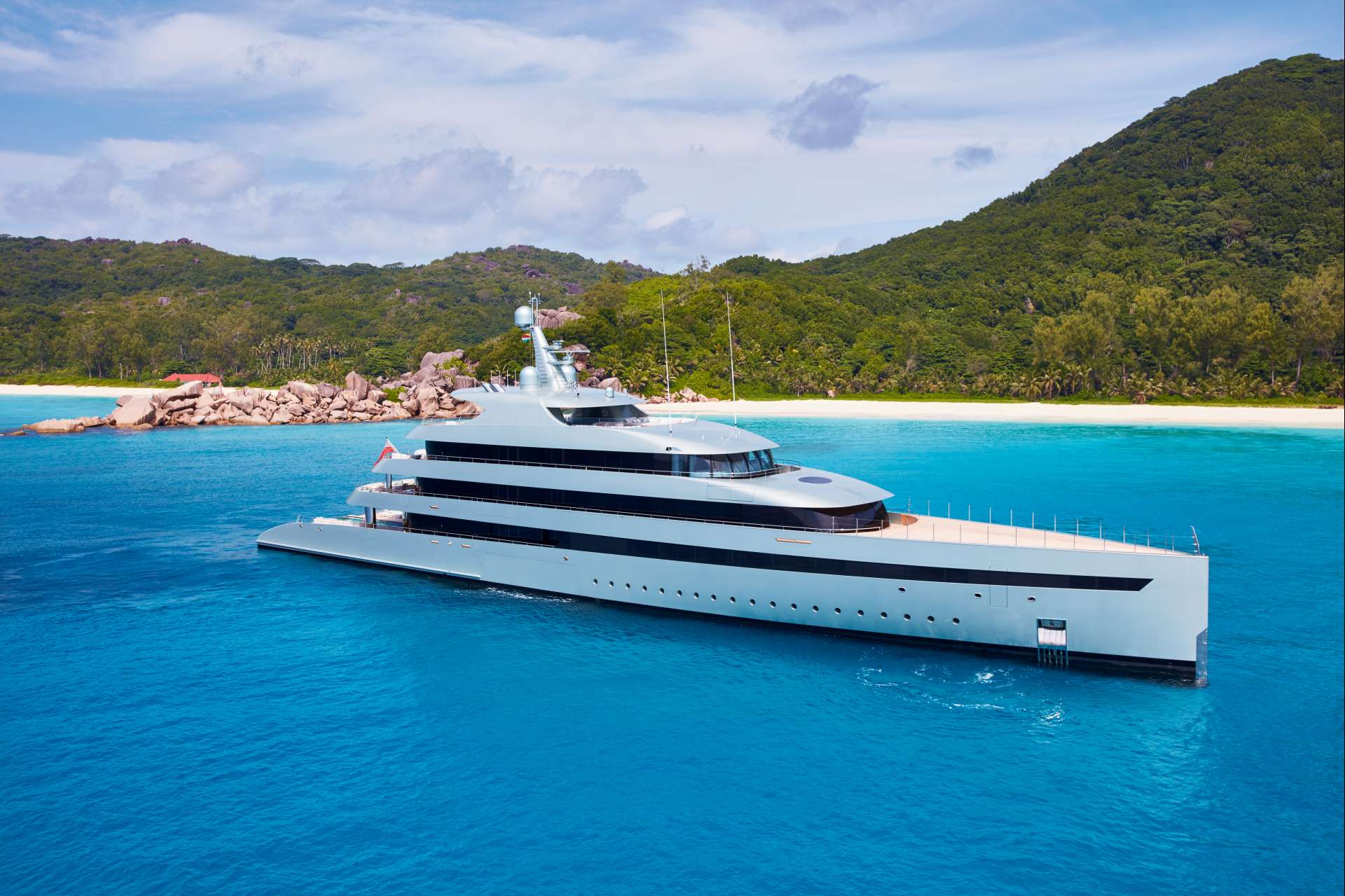 The world’s largest in-water boat show has been a familiar stomping ground for de Basto. His namesake firm, De Basto Designs, is known for creating some of the yacht industry’s most progressive and innovative design solutions for luxury yachts, custom, production and commercial boats over the last two decades. Earlier this year, one of his designs — the Top Deck 65 built by Astondoa — won the Innovation Award at the Cannes Yachting Festival for its folding bulwarks that extend the deck surface. He also earned praise for the 60-meter (197-foot) Mondomarine Sea Falco (lauded for its aggressive lines, which are uncommon on large yachts) and the Northland yacht in construction at Burger for combining the explorer lines with a fishing cockpit. 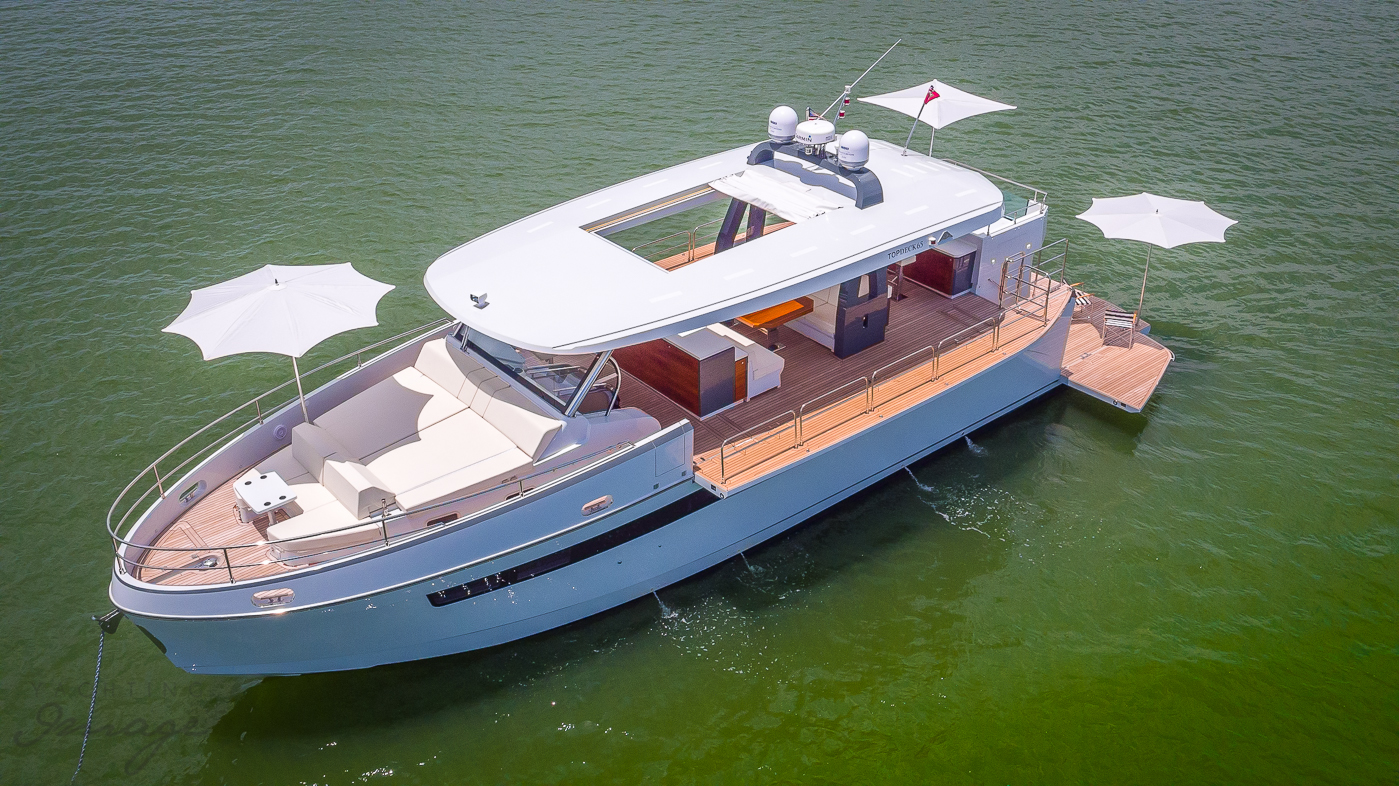 All of this success is a far cry from de Basto’s start as a teacher at the school of architecture in Brazil. His sights turned aqueous one day, after a local shipyard sought an outsider’s opinion on how to improve a superyacht project. His spontaneous suggestions and alterations led to immediate praise. 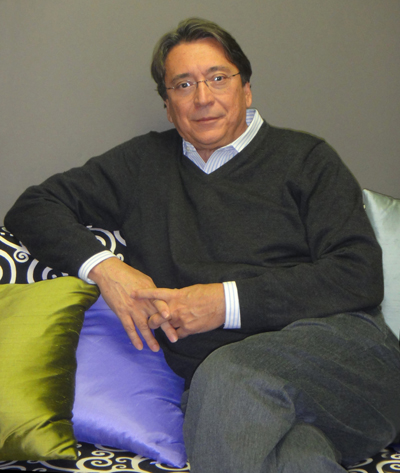 “Yachting is about getting out there to the last free territory on the planet, the ocean, with friends and family,” he theorizes. “The challenge is to conciliate that desire of contact with nature to the absolute necessity to protect the yacht when the ocean turns around — and it can turn around very quickly and be very dangerous. Yacht design is about finding the balance and the solutions for that challenge.”

Like with any kind of design, whether by land or by sea, the architect must find harmony between form and function, between the technical and the artistic, between man and nature. De Basto is a man who recognizes this artful balance almost instantly. As the Fort Lauderdale International Boat Show comes to a close, we asked him to share his insights on yacht design and the future boating trends we are likely to see in 2017, onward.

What are the major trends driving yacht design right now?

The use of glass and large outdoor areas are very desirable; and any other means to get close to nature and the water, like fold-down balconies and beach clubs at the transom. For interior design, due to the advances made on stability systems, the use of furniture with hard edges is almost prevalent today. We seldom see any round shapes like a few years ago.

Why do you think we are seeing some of these trends emerge?

I think it has to do with technological advances, and the arrival of a younger generation to the yachting lifestyle.[/a]

Which yacht design trend do you wish would just go away? Why?

What commonly is defined as the “mine is bigger” phenomenon, implying that a larger yacht is more expensive than a smaller one, thus giving its owner more bragging rights. Yachting has nothing to do with the size or how many decks or how many cabins. It has to do with balance between size and lifestyle, location, family preferences and being adequate to its intended use. Small yachts can do some things that large ones cannot, and vice versa. For instance, a large yacht cannot enter small ports, so if an owner wants to hop between small islands, it will need a yacht with a smaller draft. That’s why the tender industry grew so rapidly in the last few years.

At what point does residential design and yacht design intersect?

It depends on the size of the boat. Smaller boats don’t have the space to bring aboard too many residential features, but as the size increases, so do some amenities, like bathrooms, galleys, staterooms, etc. 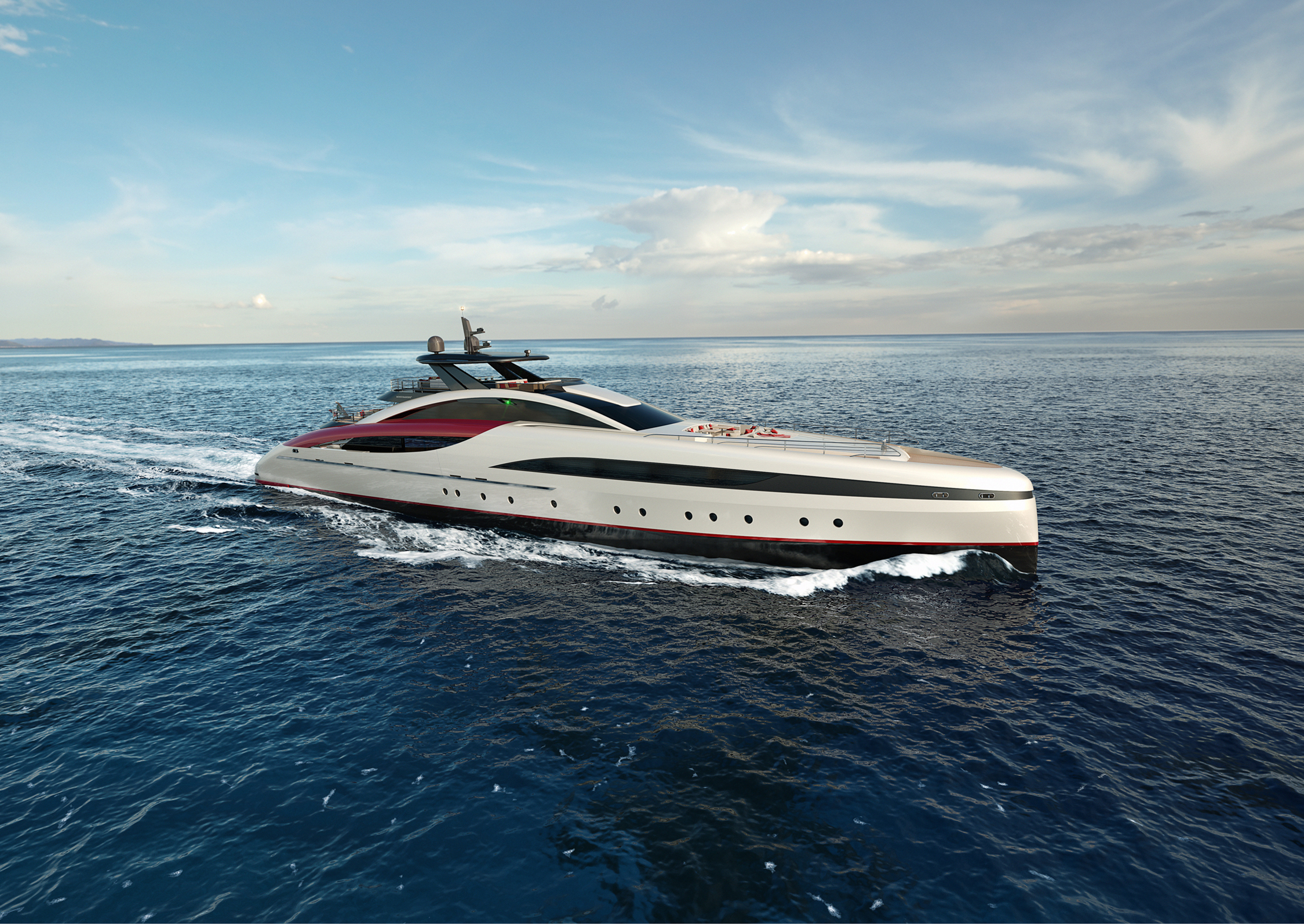 You started your career in architecture in Brazil.  How did these early design experiences, as well as your cultural background, influence your yacht design today?

It’s difficult to say. Architects at the time were trained in a very international way, but of course, Brazil is a tropical country and most of your time is spent outdoors. From the very beginning, I had a tendency to create large glass windows and large exterior decks, which nowadays is almost mandatory in yacht design — which I think comes from that.

Are there any Brazilian architects – like Oscar Niemeyer,  for instance — that influence your yacht design?

Yacht design can get several sources of influence or, like some would prefer to say, inspiration. The inspiration can come from the nautical tradition itself, from architecture, from aviation and car design and finally from nature. Lately, we have also started to see some influence from the green design sector. However, to me, nature is probably the greatest source. Nature has been in the design business for millions of years.

I love architecture — all good architecture. I follow it very closely. In the last ten years or so, the level of architecture worldwide has increased significantly. We see good architecture in many parts of the world, and the positive thing about them is that some of the best examples are site-related. They cannot be translated to other countries or climates. Of course, you have the five or so mega “archi-stars” who design buildings that can be basically built anywhere, and they are wonderful in their own way.

Yacht design benefits from land architecture in some technological areas, such as the use of glass, flat or curved, and that has developed very quickly in the last five years.

What are some of the most unusual design elements or features you been asked to incorporate for your custom work?

We already had to resolve how dogs go to the “bathroom” when miles away in the ocean. I had an interesting request a few years ago to install a pool table. At the time, it was impossible, but today it may be possible due to stability systems built in the hulls combined with a gyroscope built-in the table. We also designed a classroom on board an explorer yacht for a family who decided to go around the Pacific for one year and teach their kids aboard. We used a smart board, which was actually connected with their school in the U.S. so they could follow normal lessons as well. 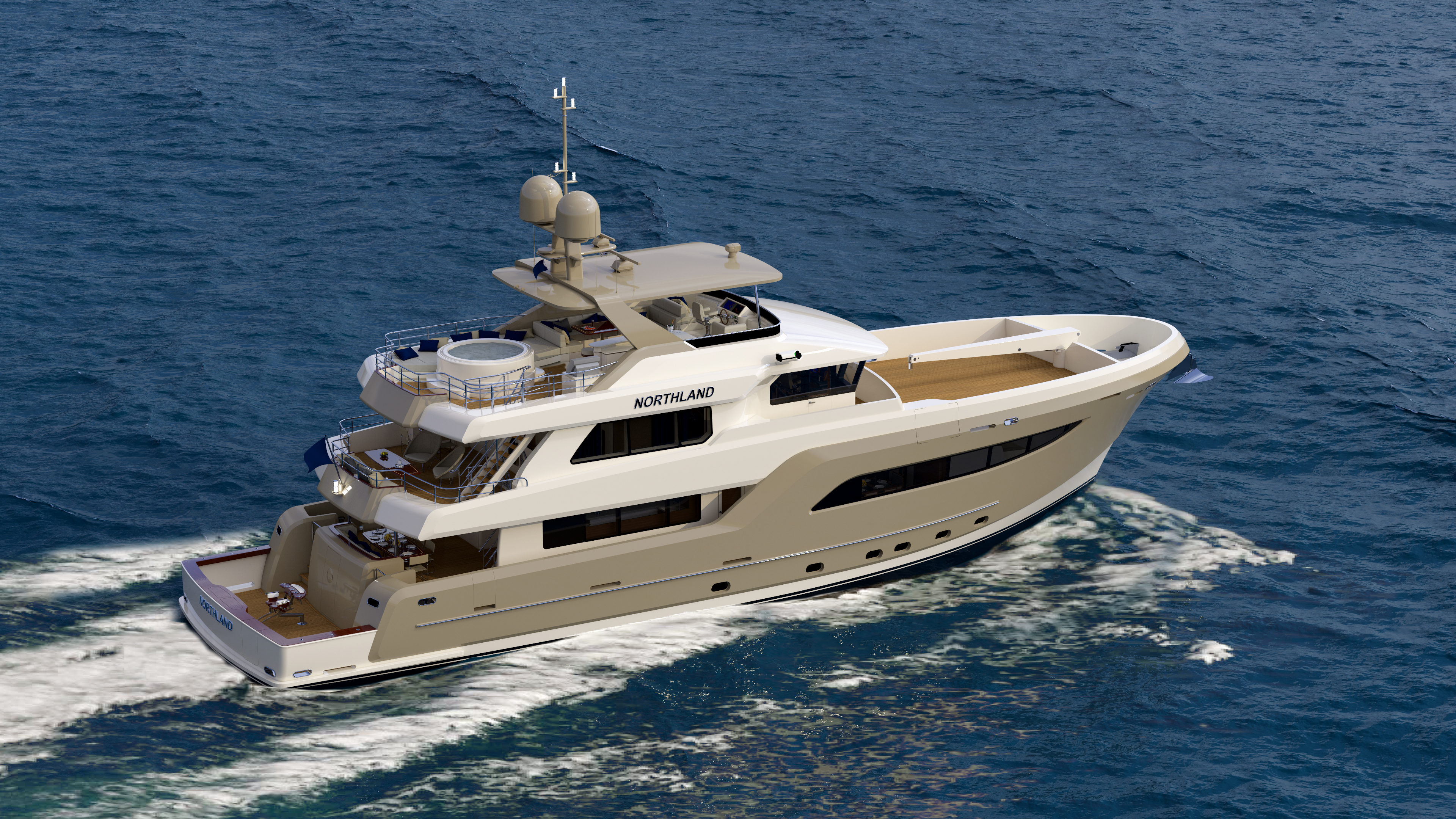 When it comes to custom projects, what is usually the biggest design challenge?

All of our projects are custom or original in one way or another. I used to say that my best source of inspiration is the deadline, but that’s only half of the truth. The other half is to listen very well to what the customer is saying.

What is the average time a typical yacht takes to complete, from design to build?

It really depends on size, but even for a large-size yacht, there are ways to reduce the time of delivery, such as to design on top of an existing platform, an already engineered hull. For a brand new design, it can take from 18 months to three or four years.

Is there a general price range for these yachts, or is the sky the limit?

A price range is almost impossible to provide, as it is dependent on so many factors. Many shipyards will make a quick approximation of the coast by the volume of the yacht, but speed, the level of interior finishes and special features can affect the cost. Any realistic estimate must be based on a real project and no reputable shipyard would quote a new construction in any other way.

What role will technology play in the future yacht design?

The development of new materials or development on the proprieties of existing materials will play a role. Also, the reduction of crew on board a yacht is a tendency, so maybe we’ll see a pilot-less yacht in the near future…

Self-driving yachts — why not?! Where do you see yacht design moving in the future?

Yacht design has always evolved based on ideas, not shapes or forms. What we can already see is the design and construction of niche yachts, with very specific uses — really custom. The normal cruising yacht will always be there, but more and more, we will see yachts designed for a particular use or lifestyle.