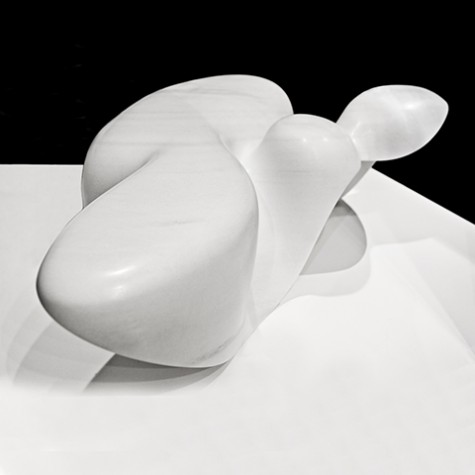 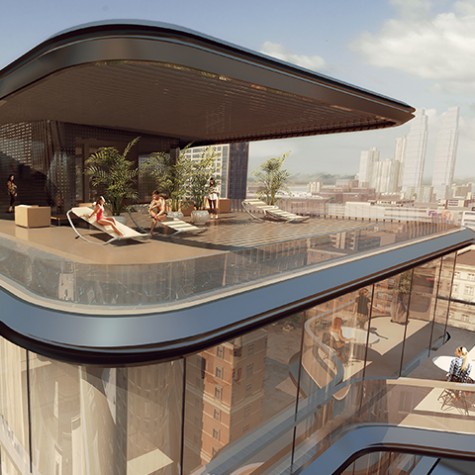 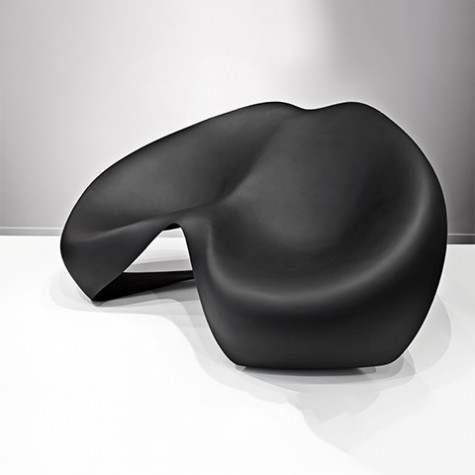 In terms of contemporary architects, there is none more celebrated than Zaha Hadid. The Iraqi-British architect was the first woman to receive the Pritzker Prize in 2004 (architecture’s equivalent of the Nobel Prize), and subsequently took home the Stirling Prize in 2010 and 2011. Her architecture—neo-futuristic and highly experimental—is as complex and multifaceted as she is, virtually incapable of being kept in a box. Her seminal buildings have continued to amaze (and at times confound) critics and designers around the globe. The sculpted crystalline Guangzhou Opera House in China, the intertwined galleries of the Maxxi art museum in Rome, Heydar Aliyev Centre in Baku, Azerbaijan and the London Aquatics Centre for the 2012 Olympic Games are only a few recent projects that have transformed our notions of the future with new spatial concepts and visionary forms. 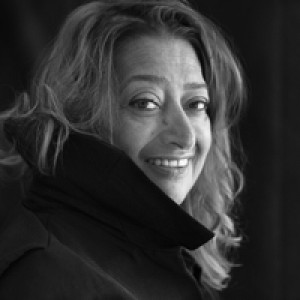 Of course, Hadid is not just an architect—she is also an artist, fashion designer, yacht visionary and even kitchen innovator. Her portfolio ranges from high-rise condominiums, museums and Olympic stadiums to furniture, kitchen islands and swimwear. Looking at her namesake firm’s most recent projects is enough to make your head spin: ZHD, a homeware collection for Harrod’s; Wangjing Soho, a collection of three mixed-use office and commercial buildings in Beijing; and a controversial concept design for the 2022 FIFA World Cup Stadium in Qatar. Paradoxically, her concept designs are just as famous as her built structures. Example: her first New York City building, 520 West 28th Street—near 10th Avenue in West Chelsea at High Line Park—won’t open until 2016, but is already being credited with changing High Line’s architectural map. Hadid sees all of these endeavors as simply “different facets of the same creative process.”

As Previews® Inside Out looks to the future this month, we asked the ever-busy, ever-jetsetting Hadid to lend us her view of the world, from art to architecture and back again. 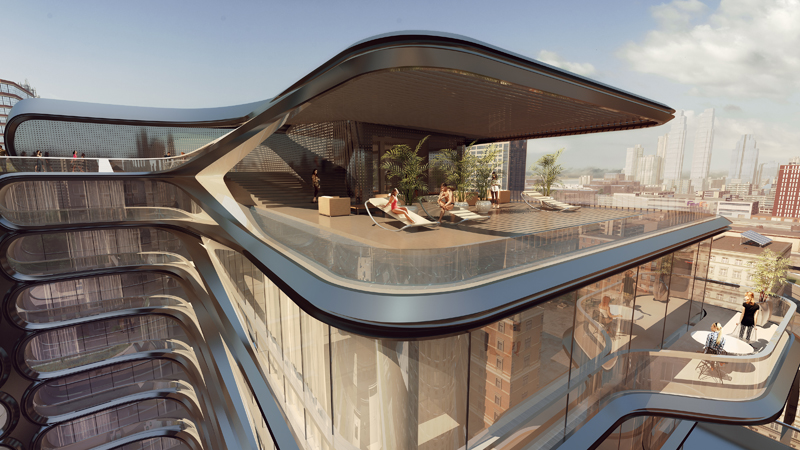 Previews Inside Out Your architecture always seems to have an eye toward the future. From where do you draw inspiration?

Zaha Hadid The ideas for my architecture come from observation: of the site, of people in the city. Every design revolves around how people will use the space. But beyond the very specific context and requirements of any given project, we also have to think about how the world is moving and changing as a whole. More than 50% of the population now lives in cities, and that figure is growing all the time. The level of complexity and connectivity in contemporary society is, I believe, something new for our generation. Urbanism and architecture have to adapt to that; we have to move beyond square blocks, repetition and compartmentalization to address the complexities, dynamism and densities of our lives today.

We also cannot ignore the urgent ecological challenge that we currently face—this is the defining challenge of our era, and architecture has a big part to play in finding solutions to that challenge. Major advances in design, construction and material technologies are enabling us to create buildings that optimize their environment to suit the needs of their users at any given moment and to constantly modify the architecture with respect to ecological performance. It’s truly amazing what we are able to do today, but there is still some way to go—we have a whole section of our office dedicated to researching new design and construction techniques, things that can contribute to a more sustainable society.

Zaha Hadid I don’t have a preference. Every site is unique and interesting, and the different contexts within which we work simply allow us to explore different ways of designing, different materials, different processes. It would be awfully dull if every site were the same. 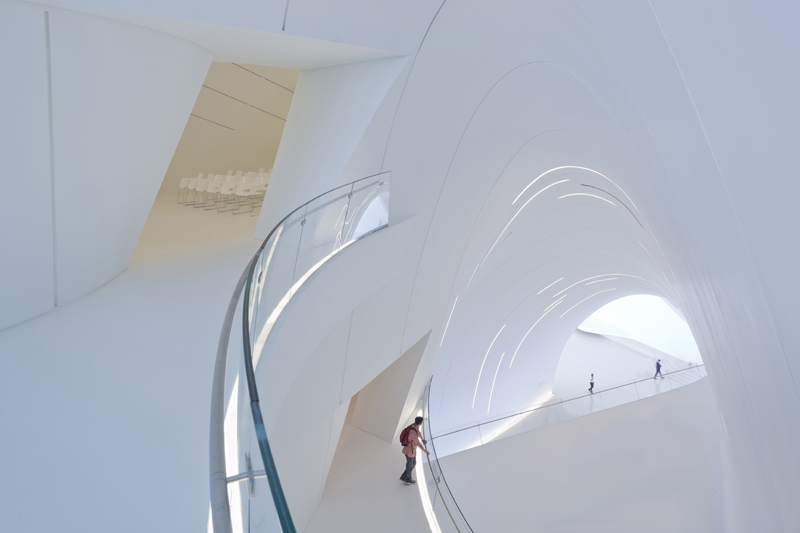 Previews Inside Out A lot of your work experiments with spatial quality and motion. Why are you so intrigued by these two elements?

Zaha Hadid Spatial quality is enormously important to our well-being as humans. Housing, schools and hospitals have long been based on the concept of minimal existence, but that should not be the case today. We must be committed to raising standards for everyone, and architecture is one vehicle through which that can be accomplished. People sometimes ask, “Why are there no straight lines, why are there no 90-degree angles in your work?” Well, because we aren’t meant to live in segregated grid patterns. It isn’t natural; we don’t move that way. If you think of any natural landscape, it’s not even and regular. We spend a lot of time looking at and researching nature’s systems when we are working to create environments, at her coherence and beauty, at the patterns of motion and systems of logic that seamlessly merge all of these seemingly disparate elements. People go out into the natural landscape in order to relax, to feel connected to something more elemental. We must translate that sense of elementality, of seamlessness and fluidity, into our urban environments. Boxing everything up into rectangles just doesn’t make any sense. 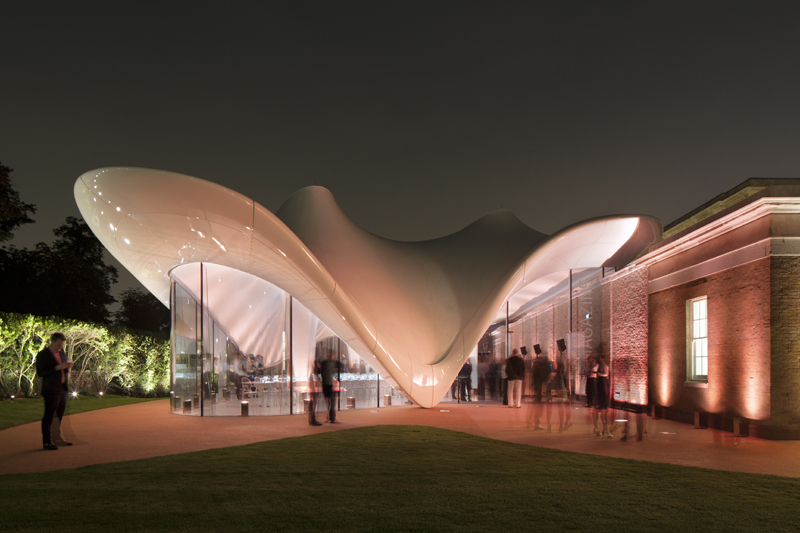 Previews Inside Out Which of your projects are the best representations of this?

Zaha Hadid Spatial quality and motion are important in every single one of our projects. They are vital components of a rich urban life and cityscape. We’ve done quite a few civic and cultural buildings recently, and I think one of the reasons they are so successful is that we are developing an architecture and urbanism that responds to the complexity of contemporary living, that layers different uses together. These projects unite the city—they tie the urban fabric together. An arts center, a museum, a swimming pool or public park—or whatever public space it may be—we work very hard to fluidly integrate these projects within the context of the existing cityscape, to naturally draw people in and through the sites, rendering them accessible to everybody.

Previews Inside Out You work ranges from retail and museum to hospitality and even a little residential. Where do you find the common thread among all these practices?

Zaha Hadid Ultimately, the common thread is people. Architecture is all about well-being; the creation of pleasant and stimulating settings for all aspects of life. Whether we are talking about a home, a hospital, a museum, or a shop, I think it is important to build projects that give uplifting experiences that inspire and enthuse. Buildings deserve to be interesting, because the people who will inhabit them deserve interesting buildings. 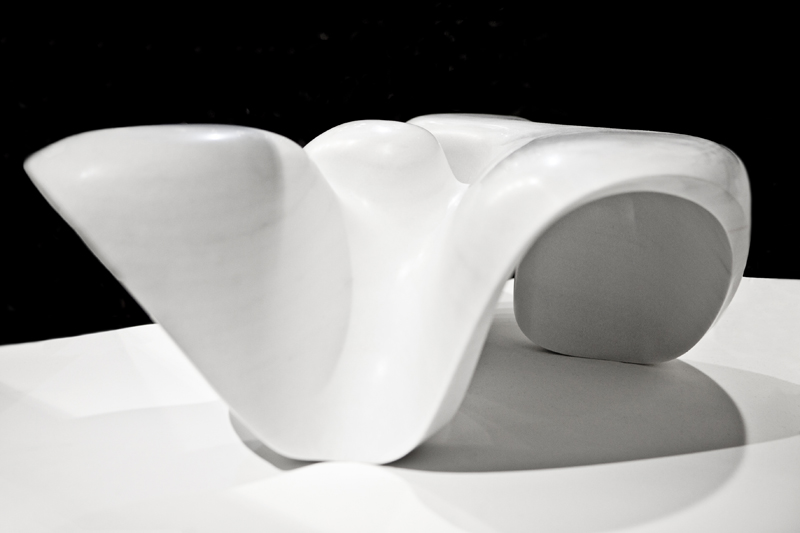 Previews Inside Out Are you really leading a double life? Or do you see all of this as part of the larger picture of your creative journey?

Zaha Hadid It’s all part of the same creative process. I don’t see these practices as separate at all. When I started out as an architect, there was no such thing as 3D computer design. The first articulation of a possible building was always in the form of drawings. Doing those drawings was a slow process. They required tremendous concentration and precision. But that action of drawing led to further ideas, putting one sheet over another and tracing, like a form of reverse archaeology in a way, leading to a layering process, where distortion in the drawing could lead to distortion in the building. Or extruded drawings could lead to extruded sections in buildings. And the same with models, with paintings. Those processes led to literal translations and transitions in the realized buildings—simple ideas could end up taking very long journeys.

The technology we have today is incredible, but I fear that something very vital and important is lost when architects and designers rely exclusively on that technology. We know that humans have been drawing for something like 30,000 years, that drawing is one of the first things that babies attempt to do, around the same time that they begin speaking and walking. Clearly, drawing is an inherently human act, not something to be discarded in the name of technological progress.

Zaha Hadid is the founder of London-based Zaha Hadid Architects. Since 1980, the award-winning firm has designed over 950 projects in 44 countries.

The Future with Zaha Hadid

The Future with Zaha Hadid