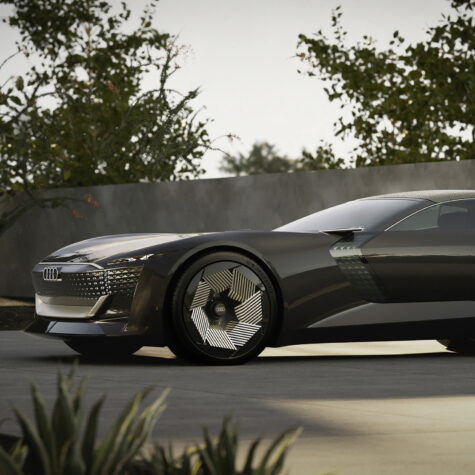 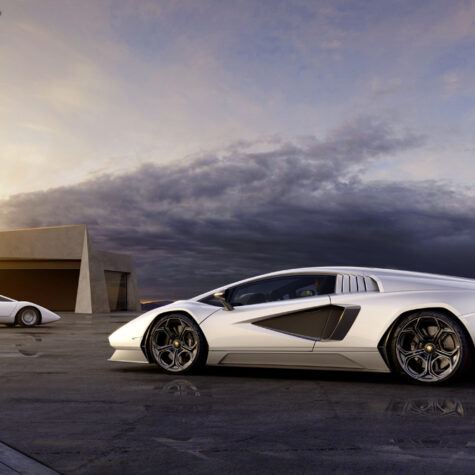 Monterey Car Week wrapped up on August 15, 2021 with the return of the Pebble Beach Concours d’Elegance. Now in its 70th year, the show closed with a black 1938 Mercedes-Benz 540K Autobahn Kurrier winning “Best in Show.” But it was the all-electric supercar concepts and high-performance hybrids that truly stole the spotlight.

The first of three new autonomous ‘Sphere’ concepts from Audi, the Skysphere is more transformer than EV concept. With the touch of a button, the car transforms from a sporty roadster to a smooth grand tourer that drives itself while passengers relax.

That means the driver can “choose their own driving experience,” says Audi. “Either they pilot their 4.94-meter-long e-roadster themselves in ‘Sports’ mode with a reduced wheelbase, while the rear-wheel steering ensures that the vehicle remains extremely agile despite its dimensions. Or they can choose to be chauffeured around in a 5.19-meter GT in the autonomous ‘Grand Touring’ driving mode while enjoying the sky and the scenery, maximum legroom, and the services offered by a seamlessly integrated digital ecosystem.”

The long-bonnet, short-deck styling takes design cues from 1930s roadsters — but that’s where the nod to history ends. A look under the hood and the electric drive components tell a different story. Between the front axle and the windshield, there’s the charger and the DC/DC converter, plus actuators and electronic and mechanical components for the adaptive wheelbase. The designers even added a spacious trunk for two golf bags.

But it’s all about the drive and the distance for an EV concept car, right? The drive system in the Skysphere delivers 465 kilowatts of power and 750 Newton meters of torque. It’s possible to reach acceleration from 0 to 100 km/h in just four seconds. 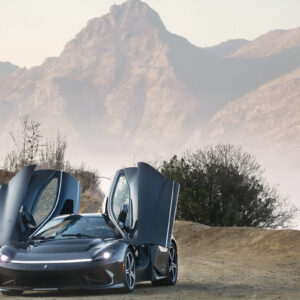 The first production version of the Pininfarina Battista electric supercar made its long-awaited debut during Monterey Car Week.

Finished in exposed carbon fiber with black gloss wheels, the production car has an interior made of sustainable black leather with contrasting blue stitching. The Battista features an 1,877-hp powertrain from Rimac, which is using a similar setup for its rival Nevera electric hypercar (more on that below). The powertrain is comprised of four electric motors and a 120-kilowatt-hour, T-shaped battery to deliver 1,696 lb-ft of torque and a 0-60 mph time in less than 2.0 seconds. It’s the most powerful and quickest-accelerating road car to come out of Italy.

Pininfarina says it will build 150 examples of the Battista at a $2.2 million sticker price. 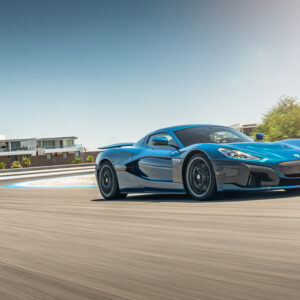 Hailed as “a next-generation all-electric hypercar,” the Rimac Nevera made its official U.S. debut during Monterey Car Week.  This $2.44 million supercar “opens up new dimensions in road car performance,” according to Rimac. With 1,914hp from four electric motors, Nevera can accelerate to 60mph in 1.85 seconds and to 100mph in just 4.3 seconds. It maintains its eye-widening acceleration throughout a full-throttle cycle, achieving 186mph (300 km/h) from rest in 9.3 seconds. The Nevera is designed, developed and built in-house at Rimac Automobili in Croatia, and comes by its name (taken from a powerful Croatian storm) honestly: the electric hypercar recently completed a quarter-mile in 8.58 seconds, with a top speed of 167.51 mph, beating out the Tesla Model S Plaid for the record and subsequently making it the fastest accelerating production vehicle on the market today. 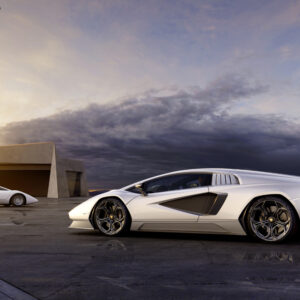 Lamborghini decided to pay homage to the iconic Countach with its all-new LPI 800-4, built with a hybrid powertrain capable of reaching 60 miles per hour in 2.8 seconds and a top speed of 221 mph.  While the new hybrid was just a revival of the existing Countach chassis, the ultra-limited production and retro inspiration were enough to get Lamborghini fans excited. All 112 models of the $2.64-million LPI 800-4 are already sold out. 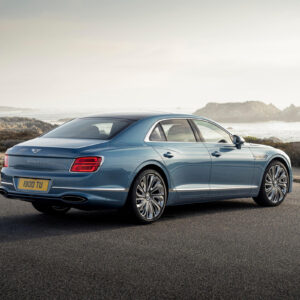 Also exciting Bentley fans was the debut of the luxury British automaker’s first hybrid Flying Spur Mulliner. The four-door luxury grand tourer has all of the signature bells and whistles of its former counterparts but with a 2.9 liter V6 hybrid engine. Equipped with an electric motor, the engine allows the grand tourer to accelerate from 0-60 mph in 4.1 seconds (0-100 km/h in 4.3 seconds) with a top speed of 177 mph (285 km/h). Maybe it’s not the fastest Mulliner, but it’s certainly the most eco-friendly. The high-end hybrid brings Bentley one step closer to its Beyond100 plan, which seeks to become carbon-neutral with an entirely electrified range by 2023.