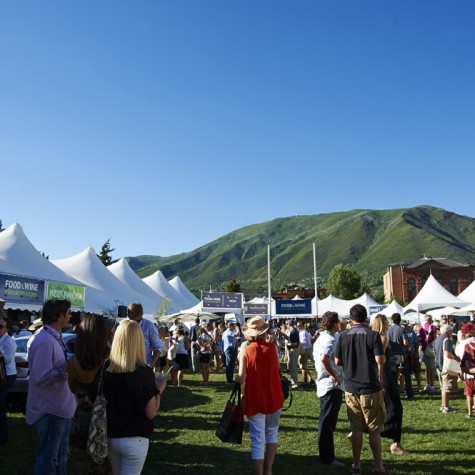 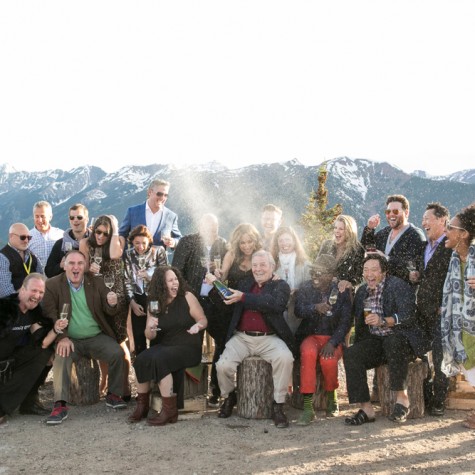 Dana Cowin may be the best foodie—or the worst foodie, depending on your vantage point. Clearly, the “first lady of food” knows gastronomical greatness. After all, she has served as Food & Wine’s editor-in-chief since 1995, and has covered the world of food, wine, style and design for over 30 years. (She’s also a frequent guest judge on Bravo’s “Top Chef.”) But it’s a slightly different story in her own kitchen. In her endearing 2014 cookbook, “Master My Mistakes in the Kitchen,” she admits that she ruined literally every kind of dish she attempted at home. It’s not the sort of confessional celebrated food editors are in the habit of making. Yet it underscores Cowin’s cheery belief that the achievement of yum can come with a little dedication—and most importantly, inspiration. She is particularly interested in the creative process in the kitchen and “where it leads.” We caught up with the New York-based epicure before she jetted off to Aspen for the Food & Wine Classic, June 19–21, where she hosted a conversation series on the subject with Eric Ripert, Hugh Acheson and Christina Tosi. 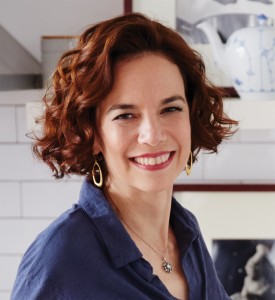 Previews Inside Out What’s your favorite part about being involved in the Food & Wine Classic in Aspen?

Dana Cowin I love spending time with some of my favorite winemakers and chefs in such a beautiful, intimate and relaxed setting. Watching the chef demos, drinking in the wine seminars or just walking through town fills me with an outsized sense of happiness.

Previews Inside Out Out of all of the years you’ve been involved with the Food & Wine Classic, what were some of your most memorable food moments?

Dana Cowin There are so many! I’ll tell you one private moment, and one public. One of the most memorable personal food moments was when Dave Chang came to my condo to make ramen for my kids. They would have been happy if he’d opened a pack of Top Ramen and heated it up. Instead, he’d spent some time at the Little Nell prepping a rather intricate mis en place, which he brought over in takeout containers. I sat in the kitchen and just chatted with him as he cooked. I treasure memories of the meal and the conversation. And last year, at the top of Aspen Mountain for the Publishers’ Party, Grant Achatz made a crazy edible balloon filled with helium. I inhaled as I ate (trying very hard to make sure it didn’t go all over my face) and squeaked like a cartoon character. I love how inventive Grant is and appreciate the gigantic effort it took to create this memorable experience 12,000 feet in the air.

Previews Inside Out On Saturday, you’re hosting a conversation series called “The Spark” with Eric Ripert, Hugh Acheson and Christina Tosi. What’s it like hosting a panel with all of those culinary giants?

Dana Cowin It’s so much fun! The culinary giants keep everything lively. And I always learn a lot. Even though my role is to be the moderator, sometimes I take notes as we talk for future stories for Food & Wine.

Previews Inside Out When you fly into Aspen for the first time, what’s the one food you crave?

Dana Cowin I crave experiences more than one particular food. I always want to go to breakfast at low-key, old-school Main Street Bakery for a big egg breakfast with biscuits. I always run into friends, and I love sitting on the terrace.

Previews Inside Out What are you most looking forward to during the weekend?

Dana Cowin I’m really looking forward to Jacques Pépin’s 80th birthday celebration. He is one of my heroes in the culinary world. He stands for quality, integrity and humility. He’s a great friend, and the event will be at the top of Aspen Mountain on Friday night as part of the annual Publisher’s Party.

Previews Inside Out You’ve written a book, “Mastering My Mistakes in the Kitchen.” What was your most recent meal mishap, and how did you turn it around?

Dana Cowin I’m amazed at my inability to conquer the frittata. Hugh Acheson told me that all my problems would be solved if I finished the eggs on the stovetop, instead of in the oven. But recently, I was making a frittata, and it turned out to be more like scrambled eggs. I now know you need to be sure the pan isn’t too hot when you pour the mixture in. I made another rather unattractive mistake: I used chopped, cured black olives. I had no idea they’d turn the eggs green. And all this time, I’d thought the Dr. Seuss books were fiction!

Previews Inside Out What was the one piece of advice from the all-star chefs that you continue to integrate into your own cooking at home?

Dana Cowin The most important piece of advice came from Eric Ripert of Le Bernardin. And it is the key to all success in the kitchen and outside. He told me to focus on and really commit to each of my actions, whether it was whisking or stabbing a lobster to kill it humanely.

Previews Inside Out Do you have a recipe from the book that is perfect for a summer party?

Dana Cowin One of the easiest recipes in the book is a “salsamole”—a combination of salsa and guacamole. It’s a nod to our current obsession with avocados, and it’s the perfect dip for a big party. It will keep everyone sated as you finish whatever else you’re serving.

Previews Inside Out You’ve remarked in the past how much food has changed in the last decade. What does the future of food look like?

Dana Cowin The options for good fast food will continue to get better and better. Just this summer, we’ll get new casual, affordable places from several star chefs, including Beefsteak from José Andrés and Loco’l from Roy Choi and Dan Patterson. We will also focus more pointedly on sustainability. The great lights in food like Tom Colicchio and Dan Barber are tackling questions of food access and waste. We’ll also see an increase in effects of technology on food delivery, cooking and growing.

Previews Inside Out Which new restaurant surprised you this year?

Dana Cowin Cosme in NYC from the Mexican chef Enrique Olivera. It’s very difficult for foreign chefs to pull off big openings in Manhattan. Even greats like Alain Ducasse have a hard time. But Enrique got everything right, from amazing signature dishes to the tequila list to the corn for his tortillas to the swanky setting. It’s one of my favorite restaurants right now.

Previews Inside Out Kale vs. brussel spouts—which one wins in your book?

The Bright Side with Food & Wine’s Dana Cowin

The Bright Side with Food & Wine’s Dana Cowin