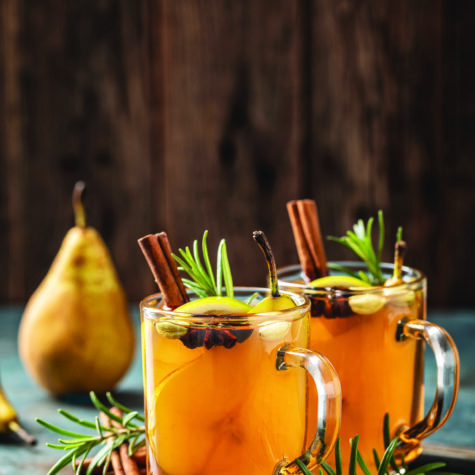 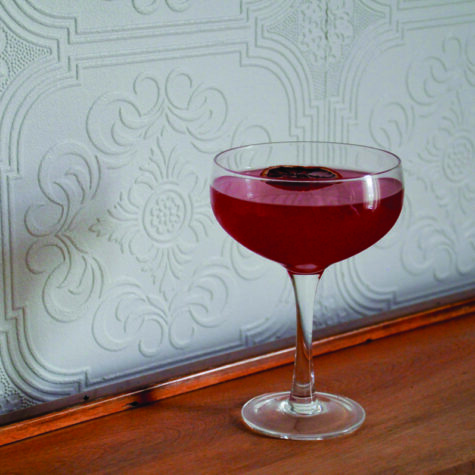 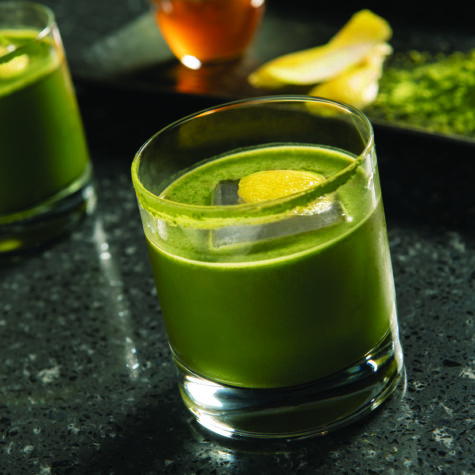 With thousands of years of history, few products enjoy the popularity and cultural significance of tea. With its ceremonial and medicinal applications, the cultivation of tea has boosted economies and brought down governments. A relatively new trend of creating alcoholic cocktails from tea gives new meaning to the term “High Tea.”

Emma Janzen, a James Beard Award-nominated spirits journalist and editor at Imbibe magazine, reports tea has been used creatively behind the bar for a decade, but mixologists now recognize that not all teas should be treated alike. “The diversity of flavor found within the category is one thing that makes tea an attractive ingredient,” says Janzen, adding, “Each style brings a totally different flavor to the party.” 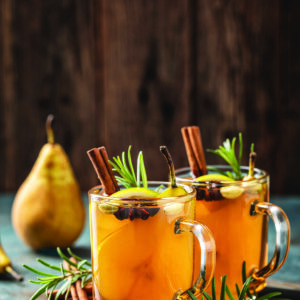 “I’m absolutely drawn to the terroir of tea,” says Janzen, who appreciates any beverage with a unique sense of place, but she suggests those nuances can get lost when mixed in a cocktail. “If I’m going to the trouble of infusing tea into a spirit or syrup, I want that flavor to be at the forefront of the drink,” says the mixology expert. She adds, “So I’m going to be mindful of being creative while aiming to match flavors up in a way that showcases the tea.”

“Big hearty black teas have enough robust personality to stand up to aged spirits like whiskey and brandy while green teas mingle splendidly with the botanical qualities of some gins,” explains Janzen. “But I would probably not pair green tea with whiskey and black tea with gin because they’re not punching in the same weight class,” she says.

The journalist advises using caution with intensely flavored, tannic black teas where over-steeping can result in unwanted astringent qualities. “For floral teas like jasmine or hibiscus, you want to be careful because having too much floral character can result in an unbalanced cocktail,” says Janzen. She suggests supporting floral notes with relatively neutral ingredients like lemon juice, vodka and soda. 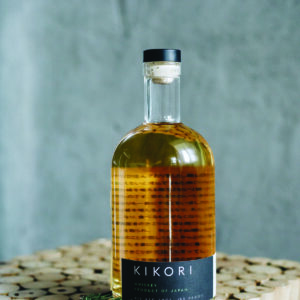 Like most Japanese brands, Kikori Whiskey pairs well with food and its smooth, nuanced qualities are attractive to mixologists. In addition to contributing to classic whiskey cocktails like the Old Fashioned, founder Ann Soh Woods is enthusiastic about her product’s compatibility with tea, another one of her passions. “Kikori has a bright, floral and delicate profile which complements tea, particularly Japanese green tea,” reports the entrepreneur.

Soh Woods uses matcha in a play on the retro Grasshopper cocktail, which complements the vanilla notes found in Kikori. “If I’m looking for a hint of smoke, I combine Kikori with a strong brew of hojicha, a roasted green tea, and black sesame syrup,” she says. “Teas add that special subtle element that can enhance cocktails without overpowering them,” says Soh Woods, who adds, “There are a myriad of ways to use tea in cocktails so that it balances out the overall flavor.” 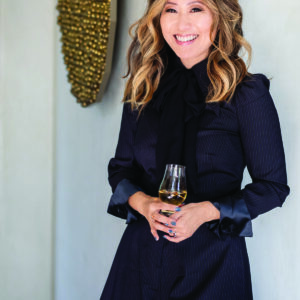 “I think it’s about finding a shared note, balancing the intensity of flavors and ultimately finding the best pairing,” explains Soh Woods of tea mixology. For accents, she finds that shiso, ginger, black sesame, and a citrus-like lemon or yuzu match nicely with tea. And while Kikori whiskey is understandably Soh Woods’ preferred spirit, she confesses gin is another worthy canvas for tea mixology. 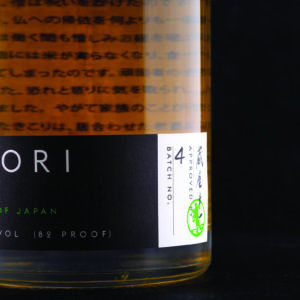 “There’s incredible hospitality, thought and heart that goes into one cup of tea, steeped to the perfect temperature, served in a warmed cup and shared with others,” says Soh Woods, who maintains the ritual is akin to enjoying a cocktail. “Just like tea in a traditional ceremony, we often share our cocktail with loved ones to celebrate or recognize a moment,” she says.

Milwaukee-based Rishi Tea & Botanicals promotes its products as essential ingredients for modern mixology. “Teas and botanicals have been paired with spirits since ancient times,” reports Rishi founder Joshua Kaiser, who adds, “We’re constantly looking for new ways to connect people with plants and botanicals, so tea mixology is a natural progression.” 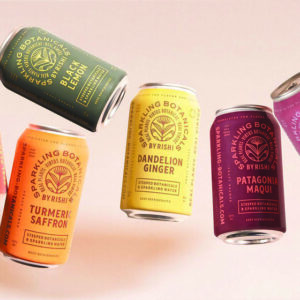 Rishi operates a mixology lab for research and development, and has enlisted mixologist and sommelier Stephen Thomas to explore the use of the company’s products behind the bar. “We want to demonstrate that tea can be enjoyed in different ways,” states Thomas, who adds, “We’re seeing more and more bartenders, mixologists and sommeliers incorporating tea into their beverage programs.” 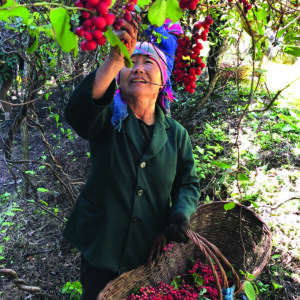 “We like to start with ingredients that exhibit character and terroir,” says Kaiser, who appreciates artisanal products, like his own, over mass-produced spirits. The company’s website features cocktail recipes like the Mushroom White Russian, incorporating Rishi’s Mushroom Hero herbal tea blend, and the vodka-based My Daughter Chamomile enhanced with chamomile blossoms and oolong tea seed oil.

Kaiser finds that oolong and green teas work exceptionally well with gin, while black teas complement white rum, but notes that excessive notes of vanilla or oak in a spirit can overwhelm the delicate qualities of tea. Rishi markets a line of canned sparkling botanicals, offered in exotic flavors like dandelion-ginger and turmeric-saffron that are natural mixers for bartenders. 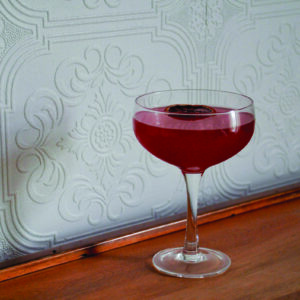 Salt Lake City-based In High Spirits Infusions produces infusion kits, packaged in reusable canning jars, that home mixologists can transform into creative cocktails. The company was founded during the pandemic by environmental engineering specialist Claire Sessler, who turned her longtime hobby into a burgeoning enterprise. “My inspiration came from cooking, experimenting with flavors and creating in a savory way, and that experimentation extended into cocktails,” reports Sessler. While not all of her kits include tea, other dried ingredients — items like cinnamon sticks, cranberries, ginger root, or lemon — are essentially the equivalent of herbal teas. “To me, there’s a close connection, and I often describe infusions as similar to steeping tea,” explains the creative entrepreneur. 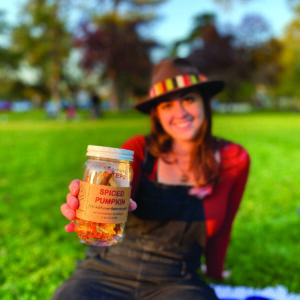 One of In High Spirits’ year-round signatures is The Speakeasy, whose jar contains dried cherries, orange, lemon, and rosemary. After steeping with gin or whiskey for three days, it’s time to party, and each infusion kit is packaged with an instruction card that provides craft cocktail recipes. For instance, the seasonal Rhubarb Rose Liqueur infusion (rhubarb, rose petals, orange, and hibiscus) yields cocktails like Sessler’s Ruby Glow, crafted from the gin-based infusion, green tea, lemon juice, honey simple syrup, and bitters.

One needn’t look further than a trendy Las Vegas hotel — and they don’t come any trendier than The Cosmopolitan — to discover what is hot in the cocktail world. Several venues at the resort, including CliQue, speakeasy-themed Barbershop (for a shave or Scotch) and celebrity chef Chris Santos’ Beauty & Essex, offer tea cocktails.

“The complex flavor of tea mixed with the correct spirit can accentuate certain tasting notes and your overall cocktail experience,” says Kirt Finley, the resort’s beverage director. “From Old World earthy flavors to sweet citrus notes, tea can articulate even the most subtle of flavors,” he adds. 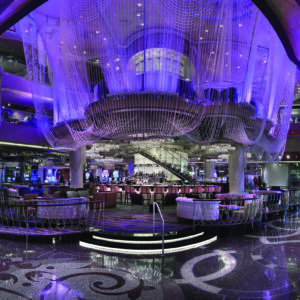 The Chandelier bar, the multi-level centerpiece of The Cosmopolitan, is currently dispensing two tea-infused cocktails. Cheat Codes features Ketel One Botanical Peach & Orange Blossom vodka, lemon, sweet tea, and Yellow Edition Red Bull. “While the industry leans towards darker spirits, I believe lighter spirits, such as a flavored vodka or a light rum, can highlight the flavors of tea without overpowering them,” says Finley. Mr. Miyagi, which the beverage director describes as an Asian twist on traditional English afternoon tea service, is an exotic blend of Kai Coconut Pandan vodka, crème de menthe, vanilla, matcha tea, and coconut cream, garnished with a decadent mint cookie. 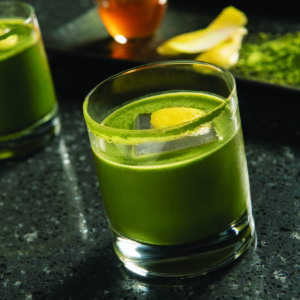 At the JW Marriott L.A. Live and adjoining Ritz-Carlton in downtown Los Angeles, one can usually find a tea cocktail on the premises, according to beverage director Courtney Bunn. “It plays into spring very well, but there’s a different tea for every season,” reports Bunn, who notes matcha and Earl Grey suit this time of year. Currently offered is the Green Bee, crafted from Maker’s Mark bourbon, honey and matcha, garnished with a lemon peel. Bunn, who appreciates the ingredient’s synergies with whiskey, gin, mezcal, and sake, states, “People are looking for more now in an acholic experience, and tea is a great way to elevate a cocktail.”