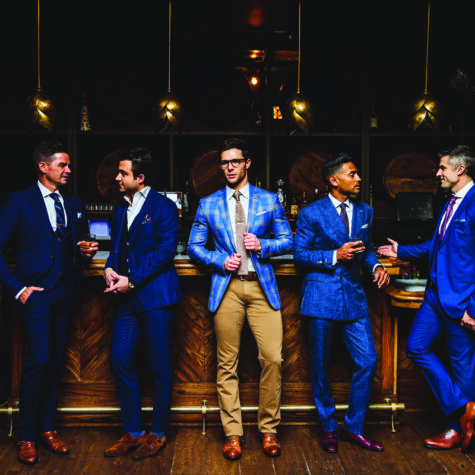 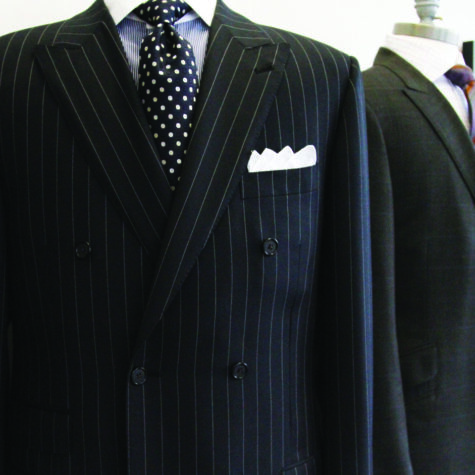 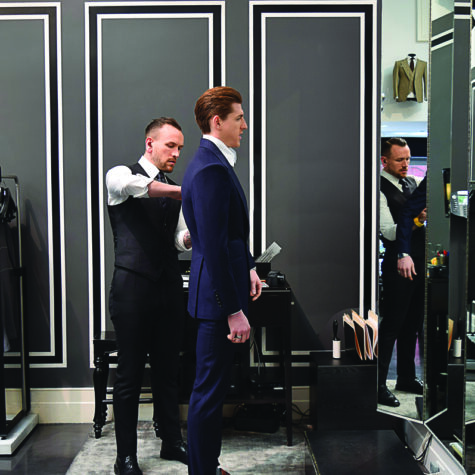 In our increasingly casual society — one in which most interactions seem to occur through a computer screen — the idea of shopping for a custom-made suit may sound obsolete. But our casual, mass-produced society is exactly what makes the craftsmanship of an experienced tailor so very attractive. Like any artisanal product, a truly custom suit is not as easy to find as it once was, but gentlemen need not travel to London’s legendary Savile Row to be properly fitted.

In the tailoring world, “custom-made” could mean “made-to-measure,” implying a degree of customization, but a process involving a fair amount of standardization, and made-to-measure garments, are often manufactured far from the supervision of the clothier selling them. “Bespoke,” the ultimate degree of customization, suggests a protocol of individualized fittings, construction of a unique pattern and in-house, hand-tailoring. “In a world that is increasingly geared to fast and low-quality fashion, nothing stands out more than a well-tailored bespoke suit,” states Arthur van de Laak, editor of MenStyleFashion. 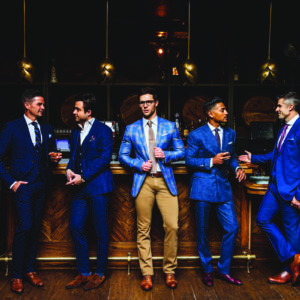 In Chicago, Nicholas Joseph has been accommodating gentlemen seeking bespoke suits for 15 years. In the Windy City, this typically includes high-priced attorneys, C-suite executives, plastic surgeons, and renowned restaurateurs. “Nothing in your closet will fit you better, in terms of both fit and lifestyle,” says founder Nicholas Hansen of a genuine bespoke suit.

Upon arrival at Nicholas Joseph, a customer is counseled on what will look best for his body shape and can select from thousands of fabrics from Zegna, Loro Piana, Vitale Barberis Canonico, even vicuña (an exotic South American wool). Several fittings later, a finished product can be received by the client well within a month, an exceptionally quick turnaround in an industry that requires patience.

Hansen explains that even before the pandemic, the company was adapting to societal trends. “Since Goldman Sachs’ casual announcement two years ago, we started positioning ourselves more toward the wedding market,” says Hansen, who notes a single client may request three custom pieces — something for the rehearsal dinner, a suit or tux for the big day, and a jacket for brunch.

Made-to-measure suits at Nicholas Joseph begin at an approachable $795, competitive with high-end department stores, while bespoke suits begin at $2,795. Hansen reports that his shop’s bespoke suit, crafted from Zegna fabric, runs $3,745, less than one would spend for a made-to-measure suit at the Zegna boutique on Michigan Avenue in Chicago. Furthermore, a Nicholas Joseph client will have many more fabric choices, as well as options regarding the lining, buttons, extra pockets, or inscriptions. 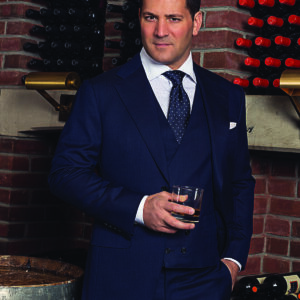 Andrews, a former attorney, recounts, “I joined a conservative law firm re-quiring full business dress five days a week, and since I came from a tech startup where I worked in cutoffs and flip-flops, I was initially a critic of the policy.” Andrews quickly developed a passion for fine clothing, but lamented that the only custom-made suits a young attorney could afford were tailored overseas.

“Here, our suits are the quality of the finest garments in the world, but half the price of Zegna or Tom Ford,” states Andrews, who reports his be-spoke suits begin at about $2,000, but can run much higher. “If you want it dipped in gold, we’ll do it for you,” quips Andrews, who adheres to guidelines established on London’s Savile Row. 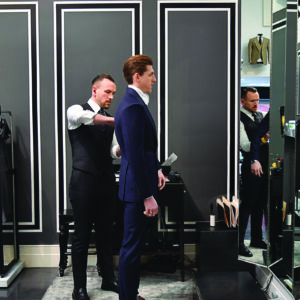 For fabrics, Andrews prefers blends, rather than 100 percent wool or silk, comparing the result-ing nuances to a fine Bordeaux. The former attorney views his personal role as a consultant, stating, “Our job is to understand what the client wants and needs, translating that into what looks best on him.” After an initial consultation and three subsequent fittings, a client’s suit is ready in eight to ten weeks.

Through relationships with Broadway productions, opera companies and television studios, Michael Andrews Bespoke has fitted a long list of celebrities, from Leonardo DiCaprio to Bono. Most clients, however, are attorneys and bankers, corporate executives, professional athletes, or anybody serious about investing in their appearance. Compensating for loosening dress codes on Wall Street, Michael Andrews now creates garments for women, as well as jeans and shoes made through the same bespoke process — even face masks. 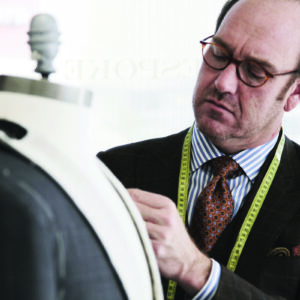 In laid-back Los Angeles, Johnathan Behr Bespoke Clothiers accommodates attorneys, Fortune 500 CEOs, and even occasional technology entrepreneurs that usually prefer black T-shirts. “What drove suit sales back in the ’80s was a demand for designer labels, but today the most coveted thing in suits is bespoke craftsmanship,” reports Behr.

The L.A. clothier has created suits for musicians Mick Fleetwood and Bob Dylan, and Holly-wood turned to Behr to dress actors in Mad Men and Fifty Shades of Grey. Prior to the pandemic, demand for bespoke suits was strong, maintains Behr, who notes, “In the blogosphere, having a bespoke suit made became a bucket-list item for men.” There are many expensive boutiques in L.A. delighted to measure gentlemen for custom suits (typically manufactured thousands of miles away), but Behr reports he is the city’s only truly bespoke suit maker. 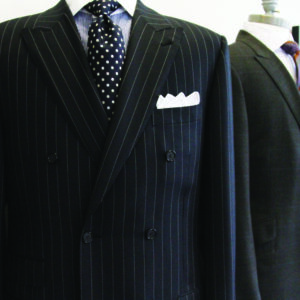 Behr advises first-time customers should expect to budget about $3,500 and that patience is required. “Bespoke is not for the impatient man who wants something fast, but for the man who wants something done perfectly,” he says, adding, “I’ll do as many fittings as necessary to get it right.” Unlike some bespoke clothiers, Behr has been unwilling to compromise his standards with virtual fittings, even during the pandemic. 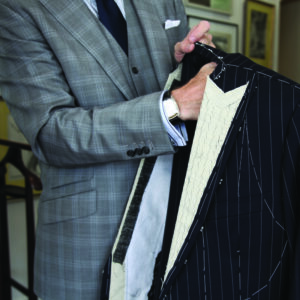 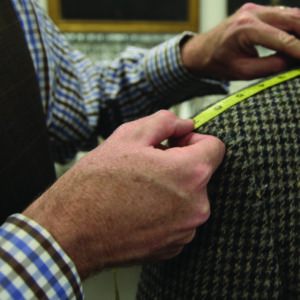 Some clients tend to be too conservative, suggests Behr. “You can order a solid color, but because bespoke offers you infinite options, you should have a little more fun with your choices,” says the Southern California native. Noting the level of collaboration varies, he reports some customers have a precise idea of what they want, while others rely on his expertise. Behr explains that by assessing a gentleman’s weight, height, skin tone, and hair color, he can determine what will work best, and derives additional information about a client’s lifestyle through a brief interview. “Recommending the right fabric is something you’ve got to get right, because if you choose the wrong fabric, it doesn’t matter how beautiful the tailoring is.”