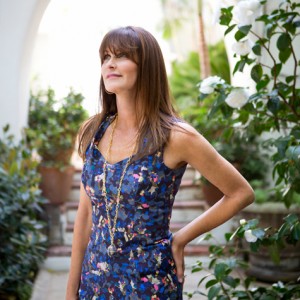 An earlier version of this story originally appeared in Introspective magazine.

You might say Liv Ballard lives in a world of icons. Since 2009, the Los Angeles-based jewelry designer has made a name for herself with her contemporary jewelry, crafted using ancient Roman methods and inspired by spiritually infused symbols. Think beguiling moonstone necklaces, 18-karat gold cuffs with ancient hieroglyphs and pendants anchored by spinning sapphire-encrusted globes. No wonder she has Jennifer Aniston, Elton John and a host of rock stars—icons in their own right—under her spell.

“I’m interested in spiritually infused symbols, how they communicate a significance across cultures and time,” explains Ballard, noting that she’s not interested in the symbols’ particular religious importance, or even necessarily in their exact, original meaning. Rather, she focuses on their stand-alone totemic power, as well as the history, legends and stories behind them—iconography out of which Ballard has formed the conceptual base for her namesake jewelry line. The company specializes in 18-karat gold one-of-a-kinds manufactured in Rome—such as “Cisterna,” representing the ancient Roman facility with controlling and channeling water, and “Cosmos,” reflecting ancient and medieval cartography and navigational know-how. 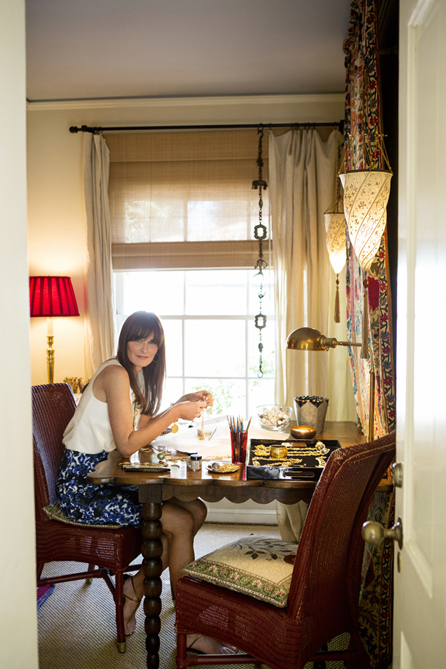 Born in rural Mississippi, Ballard was the picture-perfect Southern girlie-girl of good manners and breeding, who was secretly determined to paint her own life’s portrait. Not exactly rebellious, she was resolved and from a very early age sought to pursue her interests and to follow them where they took her. Her sense of wanderlust took her from the University of Mississippi to Paris and, eventually, Los Angeles, where she spent 10 years working in TV production and development, raising her children and seeing to their cross-cultural education (one is fluent in Japanese, the other in Spanish). She went back to school at UCLA, taking what was close to the entire catalog of art history courses. Then came a gift that would eventually change the course of her life: a vintage gold pendant depicting the hand of Fatima, the Islamic name for a protective charm referencing Fatima Zahra, the daughter of Muhammad. 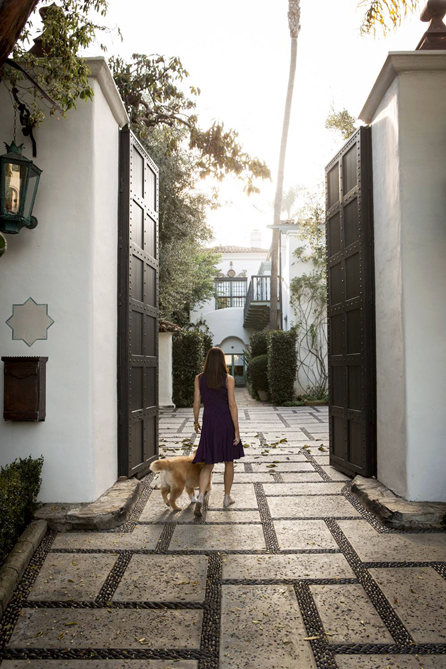 “It’s iconic, with great cultural and religious significance, neither of which you have to be aware of to appreciate its beauty,” she recalls of the Aldo Cipullo-designed piece gifted by her sons. “Also, it’s made of gold, which warms to your body temperature as you wear it, and the fingers are articulated—they literally caress the skin, making the whole experience of wearing the piece profoundly personal.” It was also created for Cartier, and it was the combo of exquisite workmanship coupled with meaning that drew Ballard into the world of vintage jewelry. She quickly discovered more of Cipullo’s pieces: Cartier’s love bracelet (“based on the chastity belt”) and the bullet necklace (“very ‘60s, ‘70s Bond girl”), as well as the slightly more prosaic but still meticulously wrought, such as Seaman Schepps’ mousetrap bracelet, “just a great clunky masculine link.”

Ballard’s jewelry collection launched exclusively at Maxfield in Los Angeles and on 1stdibs in 2008, and is also available on livballard.com. For June, Previews® Inside Out caught up with Ballard before she followed her own wanderlust and jetted off to one of her favorite destinations. We talked about travel, living in Beverly Hills and her summer-in-the-sand must-haves. An iconic life, indeed. 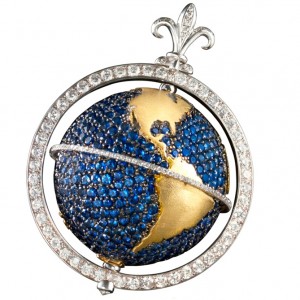 Previews Inside Out Wanderlust is a frequent theme in your design. Which places have most inspired your work?

Travel encourages observation. When you’re out of your element, you see things differently—even commonplace things free of their normal context are more keenly observed. When I travel, I always leave time to wander, to indulge my curiosity and give license to my imagination. It would be impossible not to be inspired by Rome, where my work is produced. It’s all there—from antiquity through baroque (I’m a devoted fan of Borromini’s glorious geometry) to modern Rome (EUR’s square colosseum and Zaha Hadid’s Maxxi). Rome is a sumptuous city. I’ve recently added the Netherlands to my regular itinerary—I find the Dutch design sensibility artfully expressive. It’s easy to fall for Amsterdam’s old masters and beautiful architecture, but while visiting newer artists’ studios throughout the Netherlands and design students in Eindhoven, I was stuck by how intelligently inventive the Dutch are. 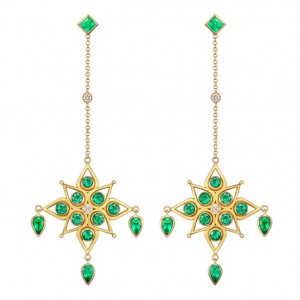 Previews Inside Out Which of your designs most express the wanderlust theme?

The jeweled globes, of course, directly express my own wanderlust—and the Wind Rose (Rosa dei Venti) series of earrings and bracelets evoke for me the tides, currents and winds. I find winds almost mysterious and romantic…like the Cat’s Paw or therih al khamsin—the wind of 50 days.

Previews Inside Out You live in Beverly Hills, surrounded by glamour. Can you tell us a little about your home, your decor style and the way you like to live?

My home in Beverly Hills is Andalusian. Many hispano-moorish structures present a blank façade to the street, as my home does. The excitement really happens when those big gates open. Because there is a great amount of privacy afforded my house in the middle of Beverly Hills, I can live with the doors flung open to the outside, as the house was intended to be used. Almost every room opens directly to the outside. 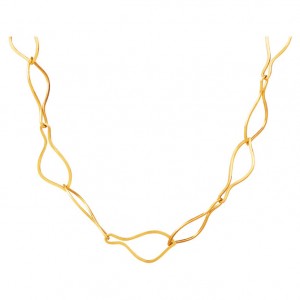 Previews Inside Out How would you say your jewelry design and your home’s interiors intersect?

I like to think of the interior of my home as exotic, but spare—and that is where its design intersects with my jewels. Bold but never overwrought.

Previews Inside Out What are your some of your favorite jewelry designs for this summer?

Earrings for summer! The cool blue Paraiba stones as well as the deeper emeralds of my Rosa dei Venti earrings remind me of warm inviting waters off Capri.

Previews Inside Out Which of your pieces might you wear in a casual beach setting? We personally like Catena Uccello Libero…it reminds us of the movement of the ocean!

I love the Catena Uccello Libero for summer. Uccello libero means “free bird”—and isn’t that exactly how you want to feel all summer long?

Previews Inside Out Favorite coastal getaway?

I always love Miami Beach—and Cabo is so close to LA. But I’m a swimmer. What’s better than jumping off a boat into the delicious waters off Capri? I especially love early September when the crowds have gone.

Previews Inside Out  Go-to beach outfit?