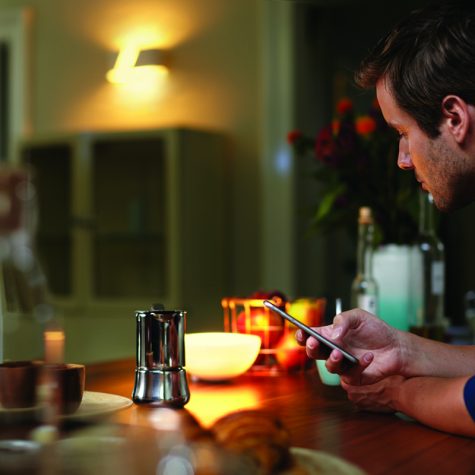 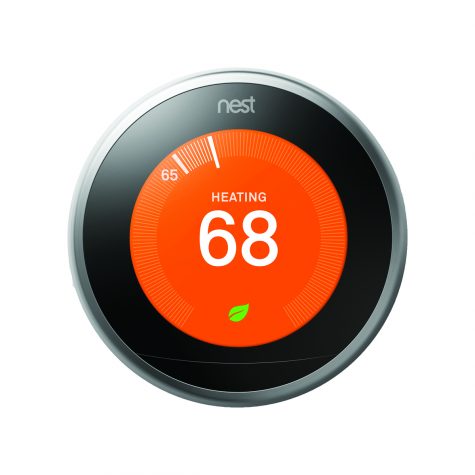 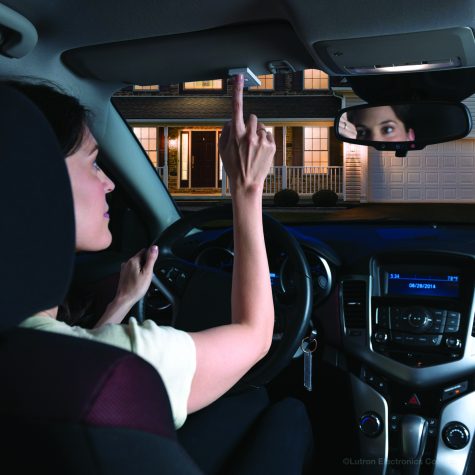 Home automation has been around for decades as a pricey option in ultra-high-end properties. But innovations in both wireless protocols and networking that allow multiple devices to connect and interact have completely rewired technology for the home. The last 18 months have been especially pivotal, with the number of devices and apps almost exploding, and consumer acceptance reaching critical mass. 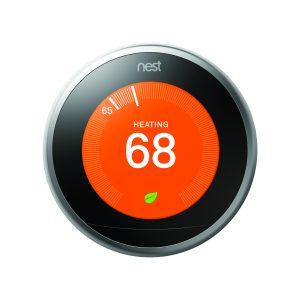 For luxury, technology is no longer a nice-to-have extra; instead it is an essential.Smart devices get attention, but what matters, as Michael Smith, vice president of sales for Lutron Electronics explains, “are the benefits these products bring and not how it gets done. Everybody wants it to be simple and easy.”

“If people buy a turnkey home, fully renovated, part of that turnkey idea is to have that smart-home technology. They are looking for smart-home technology the same way they want stainless steel appliances and other features,” says Danny Hertzberg of The Jills with Coldwell Banker Residential Real Estate in Miami. “People are starting to get more comfortable with smart-home technology. It’s becoming more of an expected amenity, rather than an added feature, than it was five years ago.”

“We talk to architects, builders, designers. What we’ve seen is their clients have started giving them requests for different modes of technology — security, universal design, aging in place, energy efficiency, air purification and HVAC regulation,” observes Dave Chic, senior director of industry relations at CEDIA, the trade association for the home technology market. 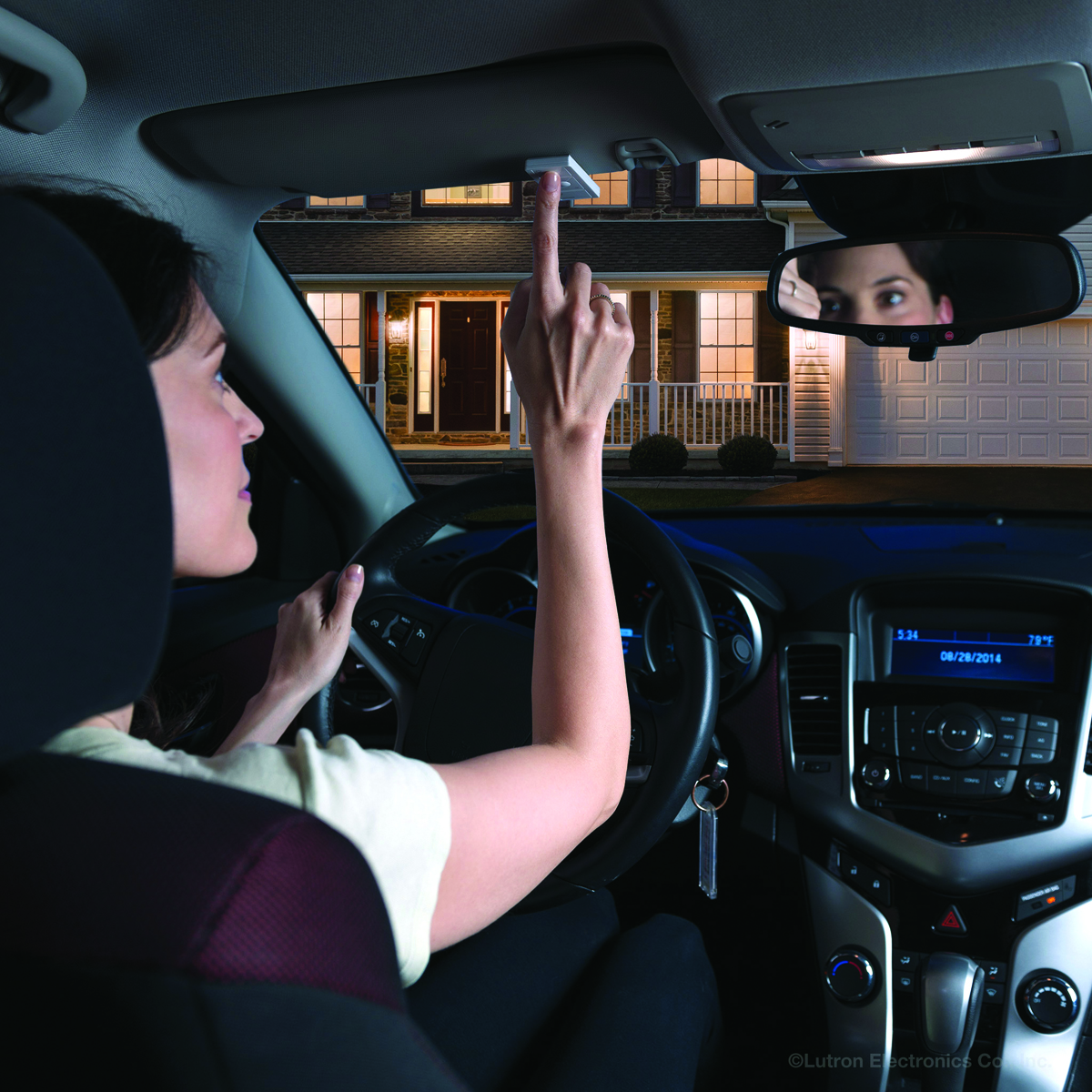 For consumers and the real estate industry, the challenge is the number of devices and apps, and also whether or not they will work together. Not to mention options ranging from a few single devices such as electronic door locks or lighting controls,possibly controlled by a hub such as Alexa, to an in-house automation system that enables multiple devices to work in concert. Another choice is home theater versus media room. Add in music systems, surveillance cameras and a constellation of extras —  humidity sensors for wine cellars, shades that adjust to sunlight, lawn sprinklers — and it’s obvious that what goes into a smart home can get complicated.

“You can make a home a smart home for $1,500 or you can spend $50,000,” says Hertzberg. “It depends on the sophistication of the system and the appetite for technology of the person who lives there.” 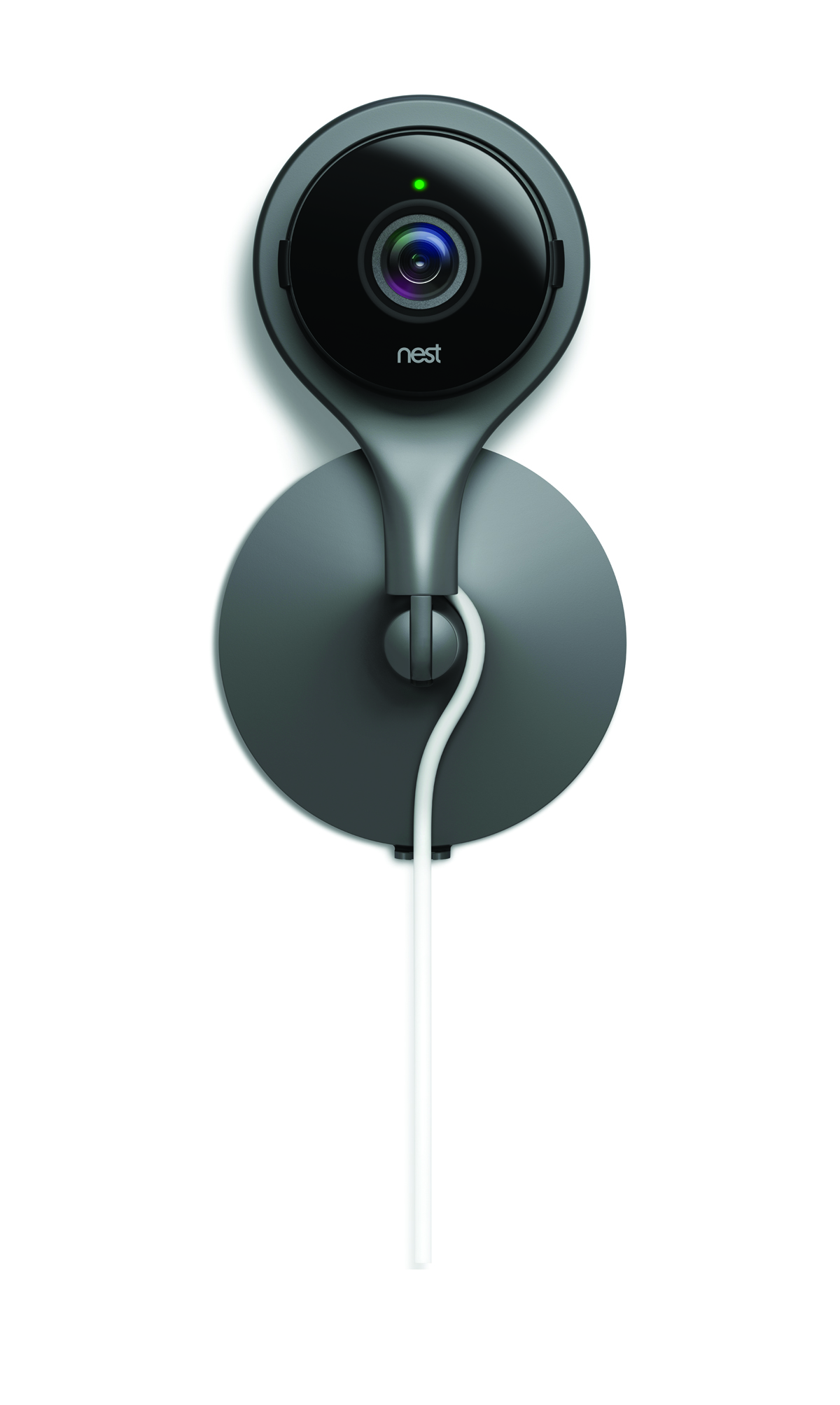 Recognizing the growing importance and complexity of the connected home,especially for luxury, Coldwell Banker Real Estate is partnering with CEDIA to ensure agents are on the cusp of the ongoing smart-home revolution. “We want to help them to be more of a resource for their clients,” says Chic, pointing out CEDIA does not promote any specific products or brands. Not only does this training educate agents on smart-home technology, but it also gives them access to resources so they can respond to specific client questions and speak to the potential of adding technology to a home.

“We try to impress on agents that any home can become a smart home,” shares Chic.

“Plug and play” is popular industry jargon but experts say this is an oversimplification, particularly for larger homes.

“I don’t know if we’ve evolved yet where everything is as simple as plug and play,” says Smith. “Sometimes people have three or four apps and they might think they are working together because their phone controls them. For many that’s terrific, but others want them to work together at one button push.” 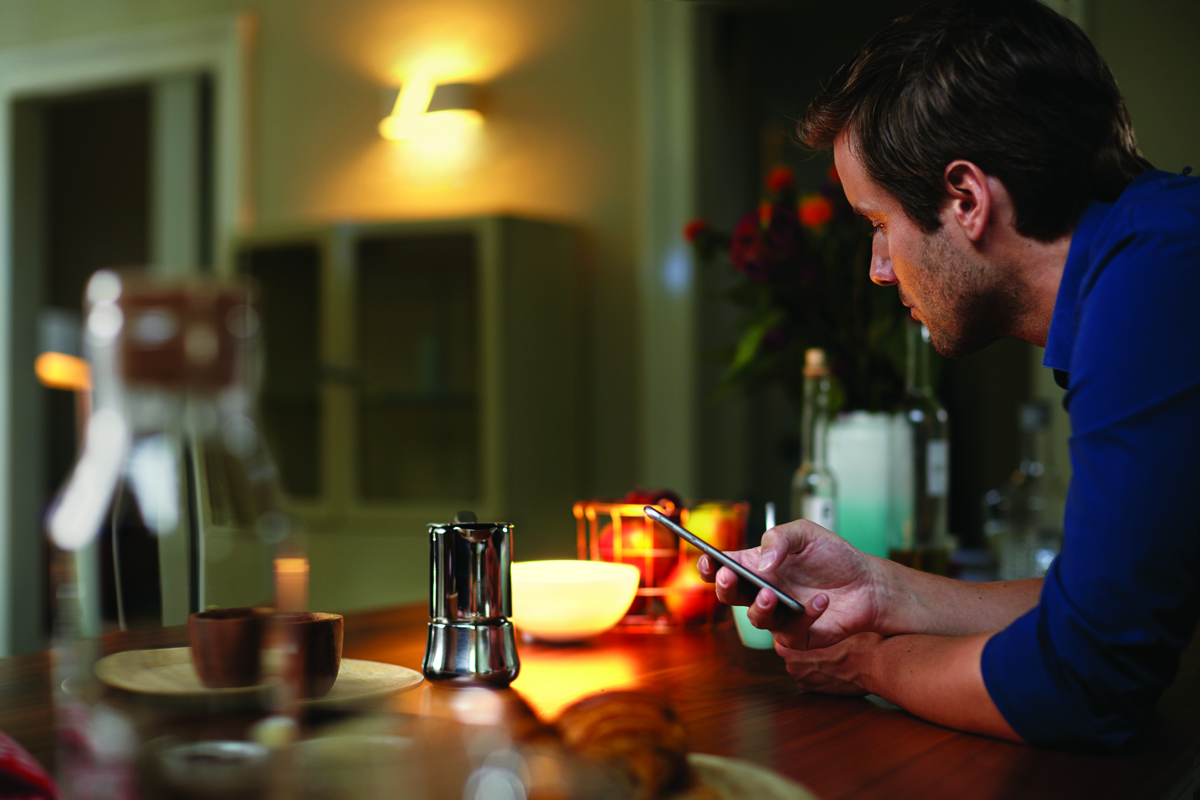 One button push refers to the ability to control multiple systems and enable them to interact in desired ways in response to a single input from a keypad, computer or smartphone. For example, a house can be put in a predetermined mode where temperatures are adjusted, a lighting sequence is set in motion, and the security system is activated or turned off, all with a single touch or keystroke.

A home automation control system makes one button push possible. A majority of high-end owners opt for some type of an integrated system, which can be completely wireless or a mix of wired and wireless components. The system then controls all of the smart devices in the house. “The integration is seamless and that’s what you are seeing in the luxury price point,” says Hertzberg.

Amazon’s Echo can function as a hub for devices but it’s not the same as an integrated home automation or control system, which still might use Alexa as a hub. Right now, experts do not see Alexa replacing systems such as Control 4, Savant and others. “Many manufacturers have enabled their products to be controlled withAlexa, but it still requires the infrastructure on the back end,” says Dave Pedigo, CEDIA’s senior director of emerging technologies. 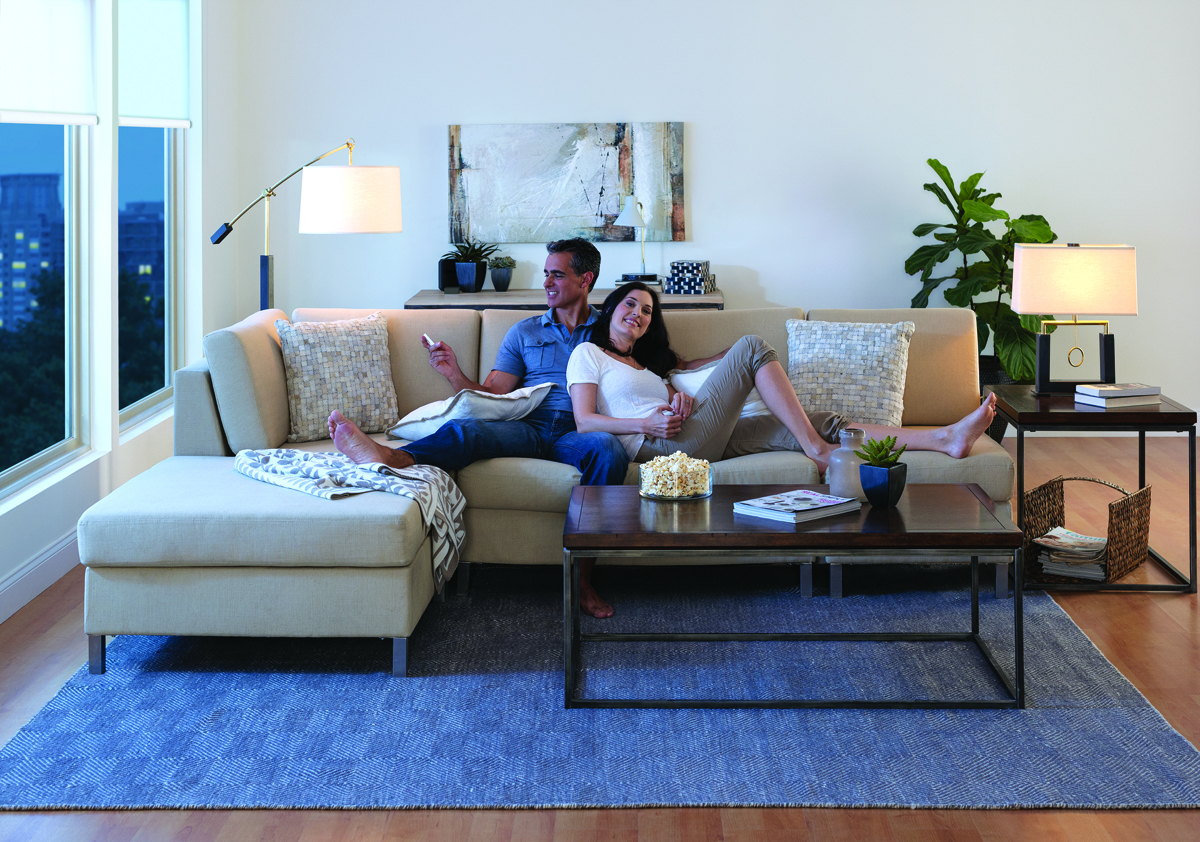 Devices working together multiply benefits. Consider electronic locks, which not only remotely lock or unlock a door, but also create a 24/7 log of who enters the home and how long they stay. A keypad (and individual access codes) amps up this ability. Add a doorbell camera, which also talks to the lock, and “it becomes a mobile command center for your front door,” explains Kathy Sanders, chief marketing officer for August Home.

“Scaring the ghosts away” is the way Todd Manegold, senior director of product marketing for Phillips Hue, jokingly characterizes functions such as lights automatically turning on before you enter your home. His example also underscores smart homes’ next iteration — geo-fencing, which enables predetermined events such as the door unlocking, security system disarming and lights switching on to occur when an owner reaches a preset distance from home. Consumers are just catching on, but never having to fumble for a key is compelling.

To see how rapidly technology is evolving, one only has to look at Nest, which now includes options such as smoke and carbon monoxide monitoring or Nest Cam. Nest is another example of the synergy of devices working together. For example, if a detector senses smoke, Nest will automatically power down the HVAC system so smoke is not distributed throughout the house. This is only the beginning of integrations. According to Nest, “over 18,000 developers have accessed Nest’s openAPIs and are building new and exciting functionalities.”

Voice control is another big jump. “It’s going to open up the opportunities for even higher-end products, because many consumers don’t know they can control their music, their lights and their shades,” Smith says. “When they experience it through Alexa or Lutron, when they finally taste it, they want more.”