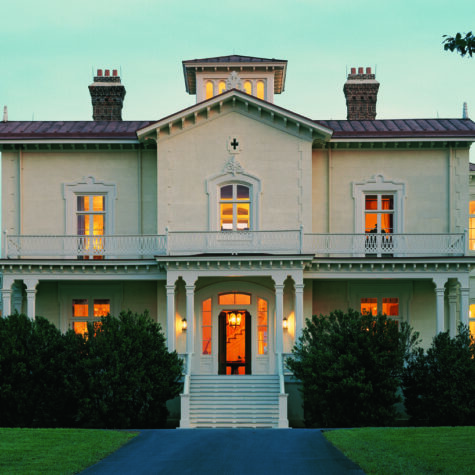 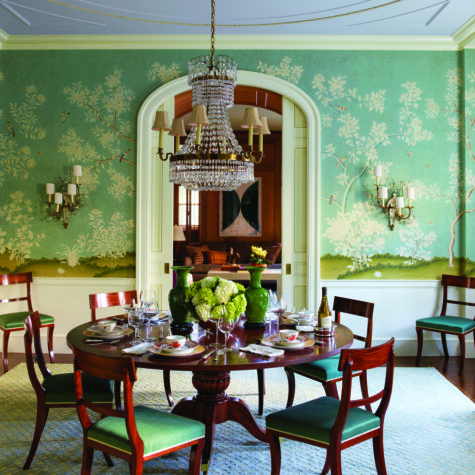 Through architecture and design, historic homes tell a story of the past and capture the lifestyle of an earlier time period. A historic home must be more than 50 years old, hold historical significance, and exemplify a signature architectural style.

The United States is home to a range of historic architectural styles — whether it’s a Victorian home that reflects the architecture during Queen Victoria’s reign or a Colonial Revival home that draws inspiration from America’s 19th-century architecture.

Despite the allure of a historic home, there are many challenges to consider before purchasing a property that will likely require preservation or restoration. 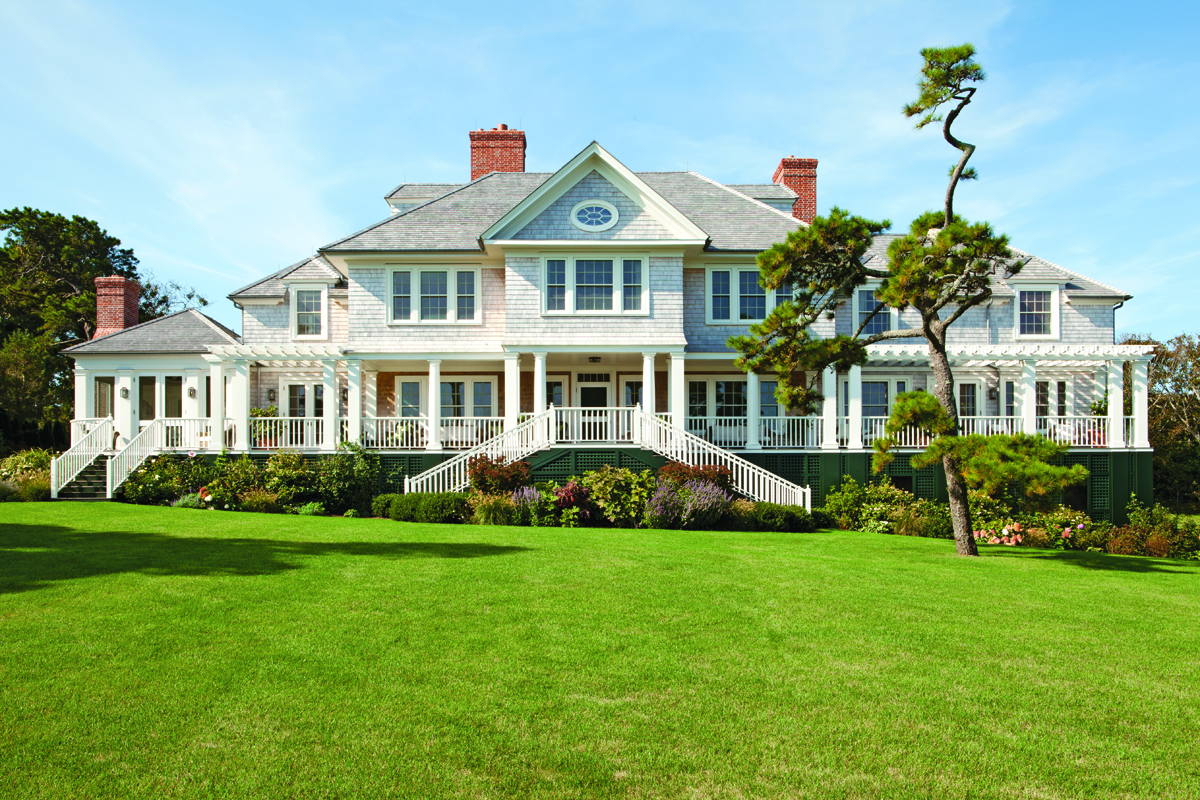 When preserving, restoring, or reinventing a historic home, call upon an architect or designer who understands the neighborhood, time period, and architectural style associated with the home. Architect Peter Pennoyer begins with research that goes beyond the house itself. “Spend the time to understand the history and materiality of the house,” he says. “Let no detail go unnoticed.”

Look at the neighborhood for clues, consider who lived in the town, and imagine how the residents lived each day. Read historic architectural books to gain a deeper understanding of each architectural style and the time periods that they were popular. “We learn a great deal from old buildings, including forgotten construction techniques, design concepts, and unique regional differences in detailing,” says Stephen Chrisman, principal at Ferguson & Shamamian Architects.

Learn about the original builders, architects, and designers of the home — and the homeowners, if possible. “Each house teaches us a lesson, and these stories enrich our understanding of history and give us new ideas for our own work,” says Pennoyer. 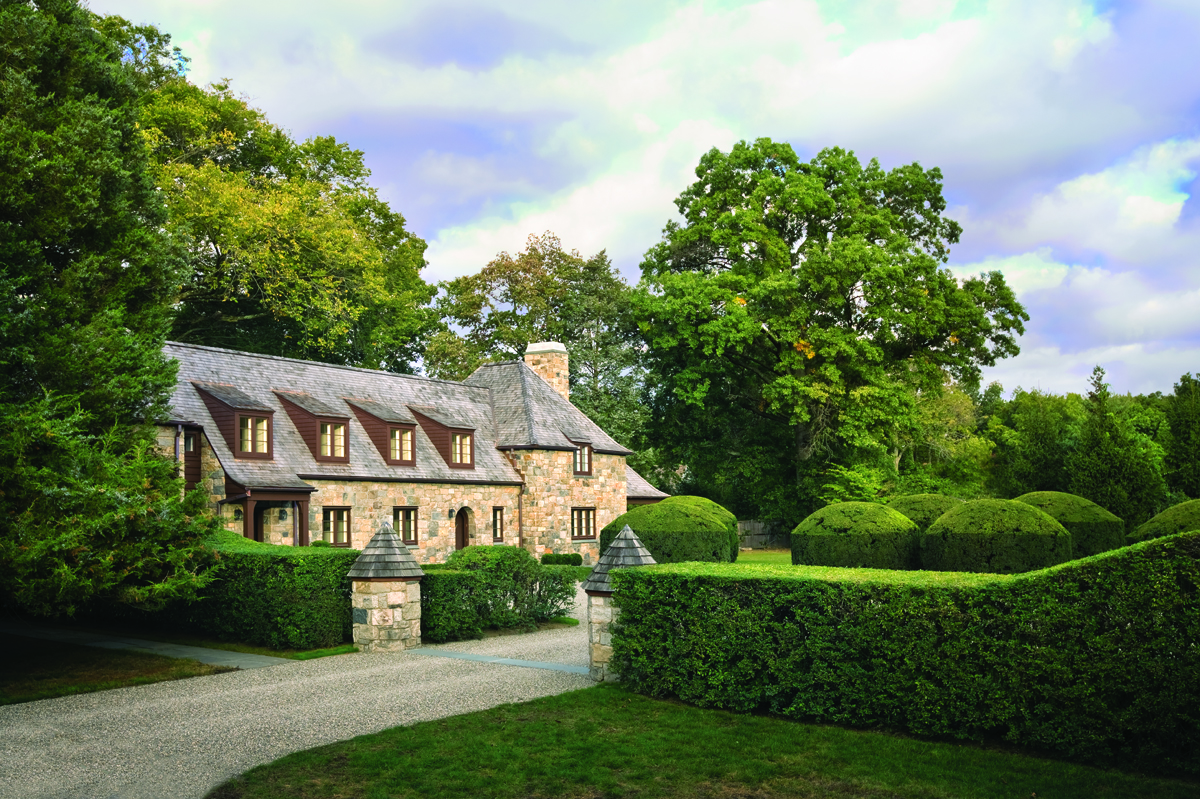 Through research, an architect will begin to uncover ways to merge historic architectural style with contemporary living. “How did people live at the time the home was built and how will my clients live now, and is there a way to mitigate that?” asks Fauzia Khanani, principal of Studio Fōr.

In the last two centuries, the way we live has changed drastically — and thus, the way our homes are built has changed as well. Kitchens, often built with a service entrance, were smaller or hidden away from the rest of the house — whereas the modern-day kitchen has a large, open layout and often serves as the heart of the home. A contemporary lifestyle also prioritizes comfortable spaces, like cozy living rooms and welcoming dining areas — whereas homeowners in the 18th, 19th, and even 20th century had formal living areas, dining rooms, and parlor rooms.

With the rise of open-concept living, it can be a challenge to transform traditional spaces to accommodate a contemporary lifestyle. “The arrangement of rooms in an old house should be tailored to reflect the way we live today without sacrificing the historic character,” says Pennoyer.

“Doorways can be enlarged and aligned so long as the underlying proportions and ornament are respected,” adds Pennoyer. Restore entryways, living rooms, and dining rooms close to their original appearance, but incorporate upgraded lighting and mechanical systems. 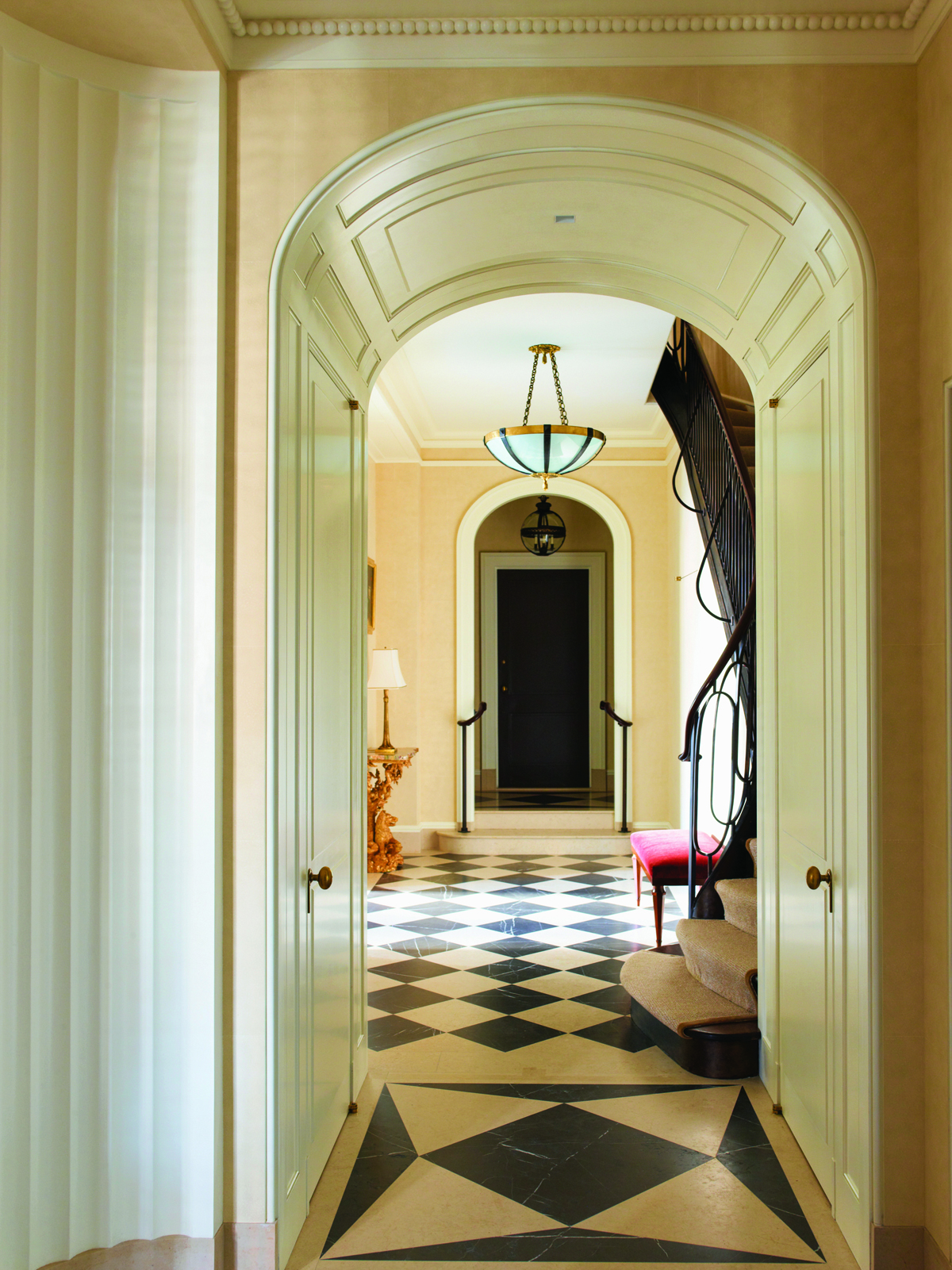 While architects find ways to modernize the home, it’s important to find a balance between preservation and reinvention. “Preservation is typically thought of as the process of maintaining and sustaining the existing form and materials of a historic house,” explains Chrisman. While “reinvention is the act of making compatible and sensible alterations and additions that maintain the historical character of the original house.”

An architect with respect for history — and the environment — will try to preserve as much of the home as possible. “Our bias is to keep old materials and not lose the sense and patina of history,” says Pennoyer. 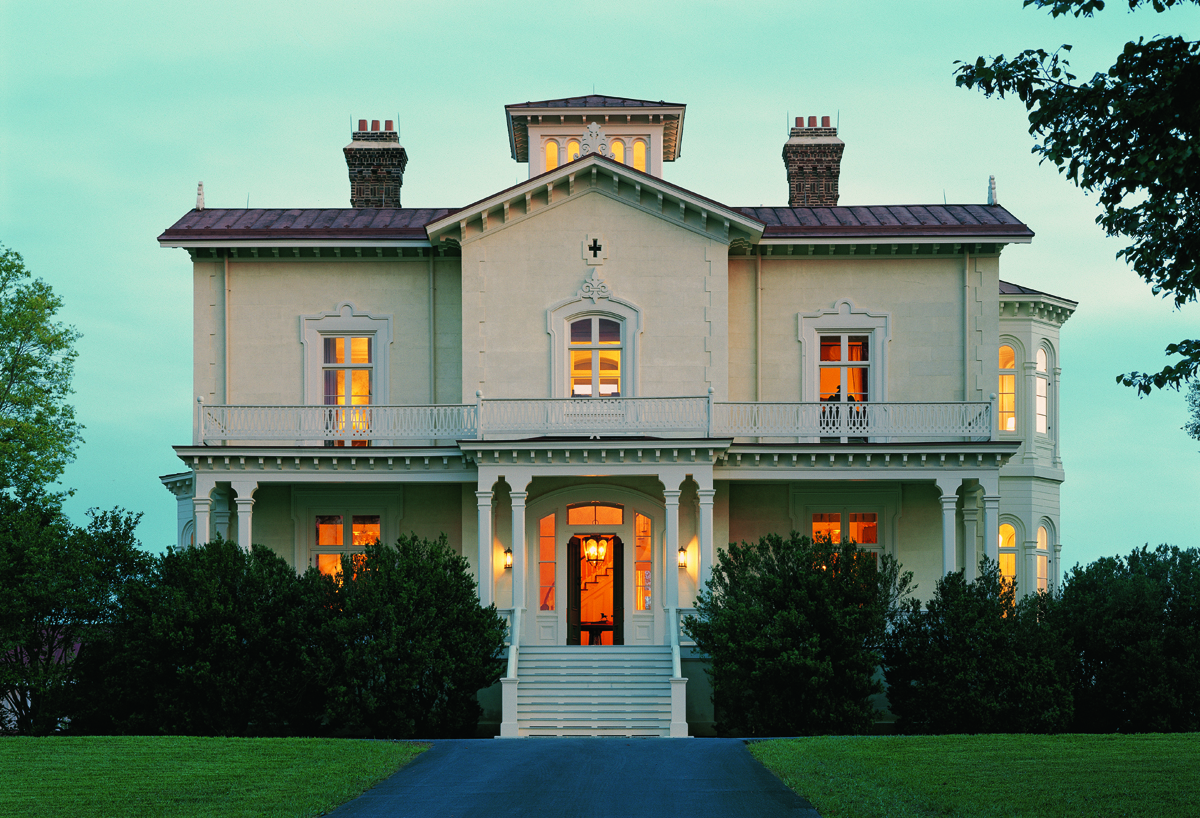 “The challenge of working with a historic house can be daunting as we are often starting with a very high standard of design that we need to address and adapt to ensure that the new addition and finishes meet the original quality,” adds Chrisman.

Try to salvage or repair original woodworking, moldings, or any architectural elements that were completed by hand. “The quality of the craftsmanship in a historic home does not compare to the work that’s done today,” says Khanani. “Why would you gut something that has lasted more than 150 years, and is probably going to last another 150 years?”

When renovating a historic home, it’s also important to consider the impact on the environment. Historic architecture utilized traditional building materials — ones that are derived from nature like pebble, stone, and wood. “Using traditional materials is often eco-friendly,” explains Richard Berliner, principal of Berliner Architects, “since they were first created at a time when natural materials and ingredients were used.” Other materials used to create historic architectural elements include brick, clay, and cork.

Preservation can be difficult, or impossible, if an architect discovers that the home has been renovated in the past. Homeowners in the early 1900s often renovated historic homes, and in the process either damaged parts of the home, covered up beautiful elements with walls or built-ins, or built with poor-quality materials.

In comparison to preservation, “reinvention is required when parts of a house are non-original and not worth saving,” says Pennoyer. “When new architecture is required, we look at the original sources for inspiration.”

Whether it’s repairing rustic wood beams or upgrading vintage cabinetry, architects often try to source authentic materials that would have been used during the time of the original build. “It can be hard to come by the materials that were used in the 1800s, so you really need to do some digging and research,” notes Khanani.

For Khanani, many of these finds have been positive surprises. You may take down a wall and discover beautiful woodwork that has been hidden for decades. You may find old photos or letters from a previous owner. You may find antique bottles hidden away in the floorboards. “Renovating a historic home can be a little bit of a treasure hunt,” says Khanani when asked what she loves most about working with historic properties. 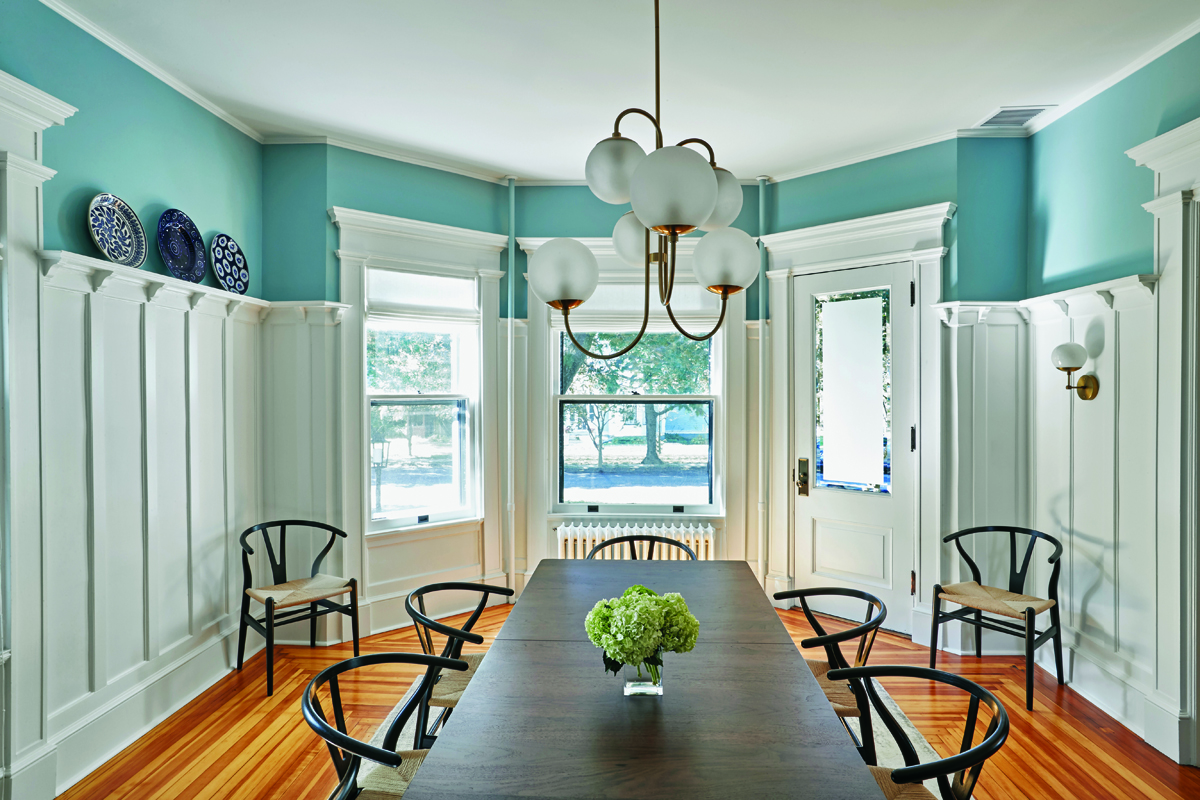 When the architectural elements have been properly preserved, restored, or reinvented, architects must call on designers to create an interior fit for contemporary living. “A key aspect of our projects is collaborating with interior designers, who often have strong ideas about the interior finishes,” says Chrisman.

To create a modern feel while still playing tribute to a home’s historic roots, designers embrace a mix of new and old materials. Use transitional architectural elements — such as lighting and flooring — alongside modern furnishings and accessories.

“The furnishings for a historic house can tell a different and more contemporary story than the architecture,” says Pennoyer. “Though we love antiques, we also feel that more modern pieces can work well in an old house.”

When designing a historic home, homeowners may look to their personal collection of artwork, furnishings, and accessories for inspiration. “Clients often have pieces that they’ve inherited — from very Draw Inspiration From These Historic Architectural Styles modern to very antique,” says Khanani, who works closely with clients to design a house that feels like home.

While historic homes tell a story of the past, “the furnishings should, ultimately, express the taste of the designer and client,” adds Pennoyer.

Georgian 1714 – 1830 Originating in England, Georgian architecture is defined by a brick exterior with symmetrical windows, shutters, and columns.

Federal 1780 – 1830 The newly founded United States brought along a new architectural style that evolved from Georgian architecture. Federal architecture is known for its symmetric design and delicate, classical details.

Victorian 1830 – 1910 Built during the reign of Queen Victoria, a Victorian home is known for its towers and turrets, as well as decorative railings and intricate trim work.

Italianate 1840 – 1885 Originally developed in England, Italianate architecture grew popular in 19th-century America. Used for both rural and urban structures, the style is known for its plain shape, sloping roofs, and deep overhanging eaves.

Shingle 1880 – 1900 This American architectural style was made popular by the rise of the New England school of architecture. The Shingle style is known for large porches, shingled walls, and an asymmetrical facade.