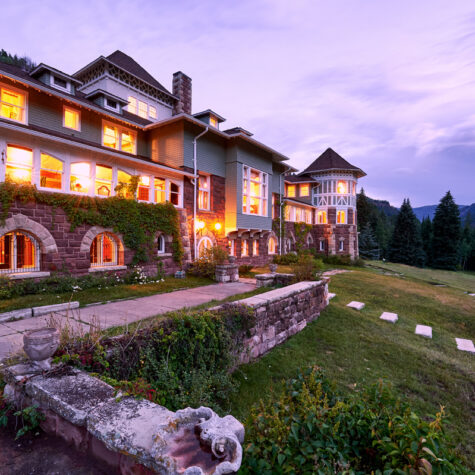 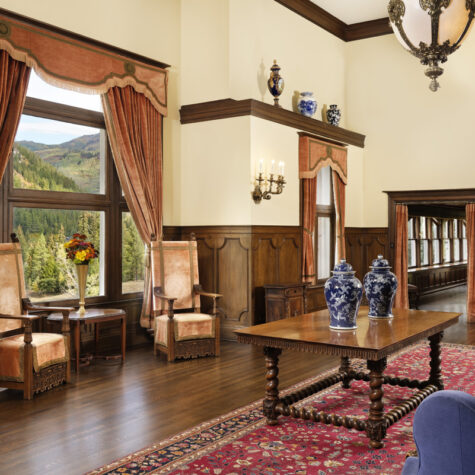 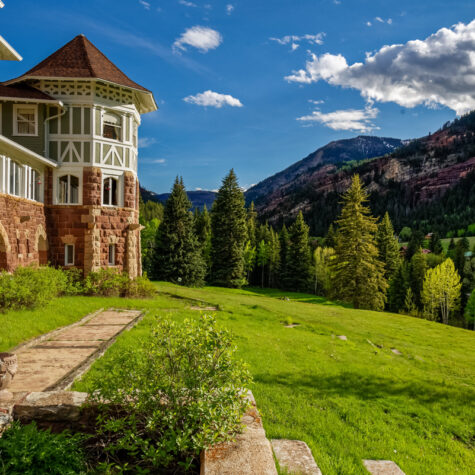 Redstone Castle has maintained a towering presence in Colorado history for more than a century — so it makes perfect sense that we would select it for “Home of the Week.” Over 150 gated acres surrounded by rising red cliffs, cascading waterfalls, 100-year-old pine trees and the sparkling Crystal River set the stage for the iconic manor house rising above the town of Redstone, the “Ruby of the Rockies.”  No other private property today matches its enduring legacy, condition, acreage or access to Colorado high country. It is truly one of Colorado’s historic jewels.

Nestled about 15 miles from Carbondale and 48 miles from Aspen, the tiny hamlet of Redstone was developed by industrialist John Cleveland Osgood whose coal empire spurred the construction of the Crystal River Railroad and Redstone’s historic dwellings around the turn of the 20th century. Osgood, the cousin of former President Grover Cleveland, built Redstone Castle in 1902 for his second wife, Swedish Countess Alma Regina Shelgrem set about a mile off of the main entrance to Redstone.

Known then as “Cleveholm Manor,” the regal Tudor-style mansion included 42 rooms, servants’ quarters, a gamekeeper’s lodge, a carriage house, and a greenhouse. Osgood spared no expense for his country residence. The house had running water and electricity powered by steam, both considered rare luxury items for Colorado mining towns at that time. He employed Austrian stonemasons, Italian metal workers and other craftsman, and imported many luxury materials from Europe, in order to complete his palatial vision for the interiors.

To this day, Redstone Castle offers an extraordinary portrait of the West’s mining history and the opulent lifestyle of America’s elite at the turn of the century. The residence was a bastion of entertainment for America’s ruling class and a beloved hunting destination for America’s most powerful dignitaries of the day, including Teddy Roosevelt, J.P. Morgan and the Rockefellers who stayed at the house. In 1971, Redstone Castle was added to the National Register of Historic Places, the first property in Pitkin County to be listed.

Redstone Castle was fully restored in 2018 by its current owners and stewards, April and Steve Carver. With grand visions of returning the castle to its original glory and operating it as a boutique hotel, the Carvers took great care to preserve the 24,000 square-foot mansion, bringing it into the modern era with all new bathrooms, updated kitchen and infrastructure. They established a new sewage line to the town of Redstone. They collaborated with artisans, historic preservationists and architects to ensure that the historic nature of the rooms was left largely intact. They touched each room, preserving architectural details and upgrading bathrooms and the kitchen while maintaining the castle’s integrity. With mindful stewardship and strategic investment, Redstone Castle has been never been in such pristine condition as it is today.

The renovated interiors reflect the same air of European opulence from a century ago: leather embossed walls, Tiffany-designed chandeliers, aluminum leaf ceilings and frieze, linen-lined walls by Italian artists and 14 fireplaces with imported marble and tile. Many of the rooms still bear their 19th-century themes, such as the French-inspired music parlor with gilded leaf mirrors made from diamond dust and the Russian-inspired dining room with Honduran mahogany and aluminum leaf ceiling. Much of the original finishes and furnishings — finely carved rare woods with elegant brocades and leather — still grace the rooms. The Osgood coat of arms, carved in stone with a lion holding a sheath of wheat, still guards the two-story fireplace in the grand reception hall. Reminiscent of a train car, the library was brought back to life by restoring the green leather embossed walls, Tiffany light fixtures and a meticulously stenciled aluminum leaf ceiling with an ombréd peacock design. In the basement, the game room recalls an earlier time when big game hunters smoked cigars and shot billiards. Eleven bedrooms, each with their own ensuite bath and fireplace, possess current-day functionality and express eleven distinct style themes. A sun porch affords beautiful year-round views of wide-open space and lawn, transporting viewers back in time and connecting them to the castle’s storied past.

Cradled between two Wilderness Areas and two National Forests, Redstone Castle offers access to private fishing and walking trails on its 150 acres, as well as year-round outdoor recreation, including horseback riding, hunting, snowshoeing, snowmobiling, Nordic and backcountry skiing. The property enjoys over 2,000 feet of prime frontage along the Crystal River, one of the last undammed rivers in the State of Colorado. Early water rights are a priceless amenity in Pitkin County, guaranteeing extensive irrigation and lush settings for events and gatherings. 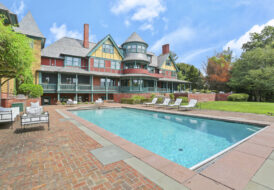 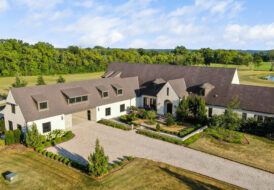