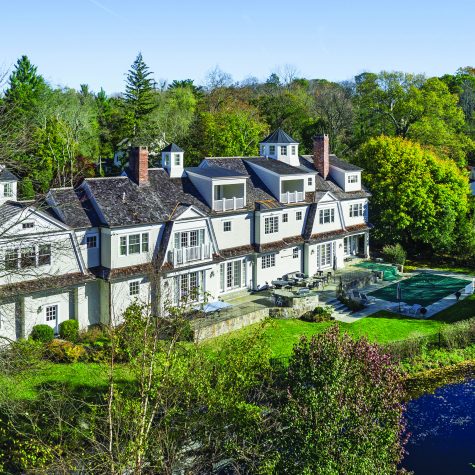 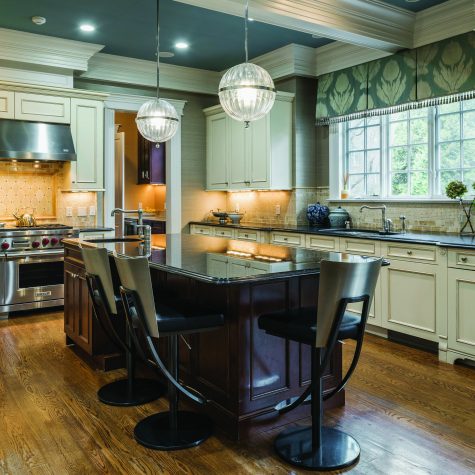 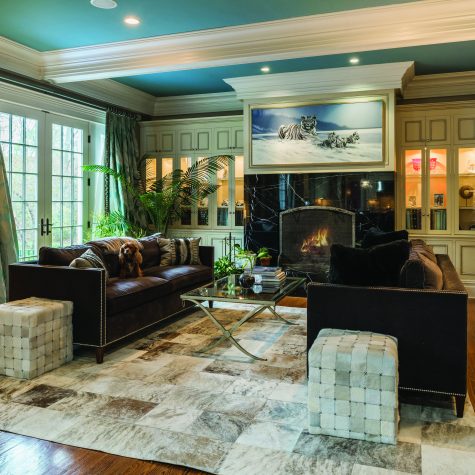 THIS TRADITIONAL COLONIAL SHINGLE-STYLE HOME OFFERS A LAYOUT THAT IS PERFECT FOR THE WHOLE FAMILY IN AN ACCESSIBLE YET SECLUDED LOCATION.

In a picturesque part of Greenwich, Connecticut surrounded by wildlife and just a few minutes from town, 10 Andrews Road is nothing short of an oasis.

“The location is extremely desirable,” says listing agent Tamar Lurie of Coldwell Banker Residential Brokerage, noting that the home is within close proximity to both private and public schools. “It’s almost a dream that way for a young family. You’re in a location that’s fve minutes from Downtown Greenwich, the beach, the ice skating rink … there’s easy access to practically everything.” Homeowner Karen Morstad agrees, saying that the home is in a “one-of-a-kind location because it’s just a half mile from three of the most important schools in town, but it’s also secluded.” 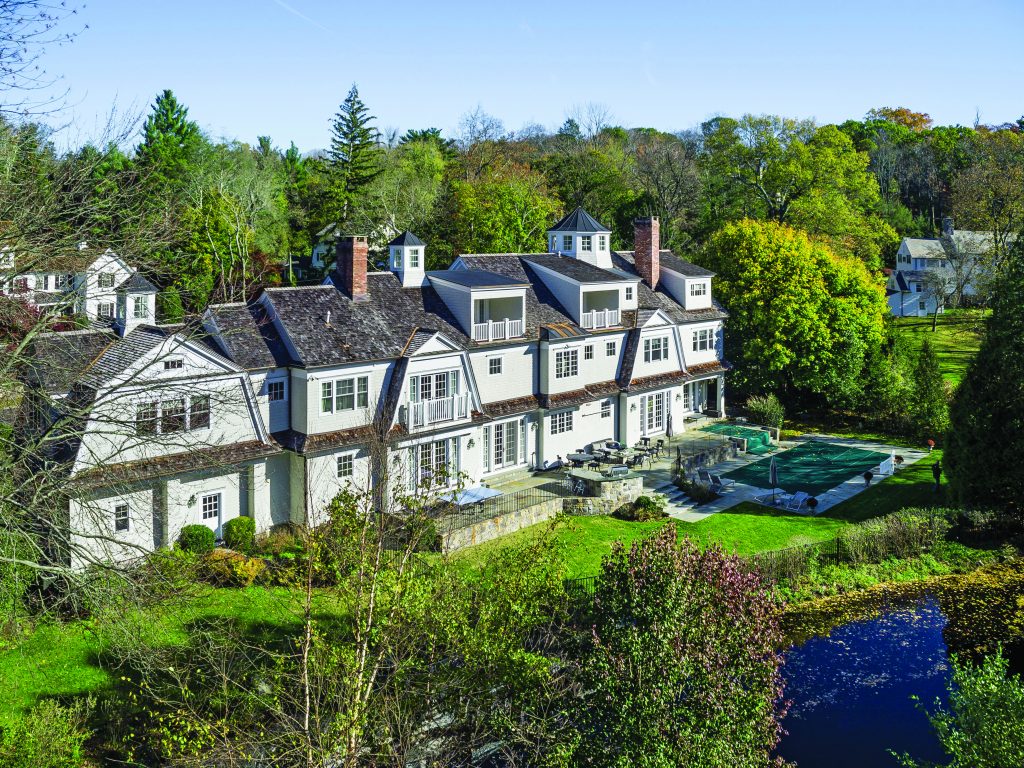 The 9,000-plus-square-foot, five-bedroom home offers a seemingly endless amount of space for the whole family, with a flexible design featuring both private and open areas, according to Morstad. “It has everything a family would want and it’s a very welcoming home,” says Lurie. “You immediately feel the coziness of it, but it still has nice large spaces with a lot of ‘elbow room’ so to speak.”

Lurie notes that the layout of the home — which was built in 2008 and has since been renovated to make it a ‘today’ home — is perfect for everyday living. “The kitchen and family room are where most people live today, and those are grand spaces in this home,” she says. “It’s nice and large and great as far as working in the kitchen while watching the kids in the family room, and it all opens up to the outside, where the pool is located, so it’s ideal in the summertime.” 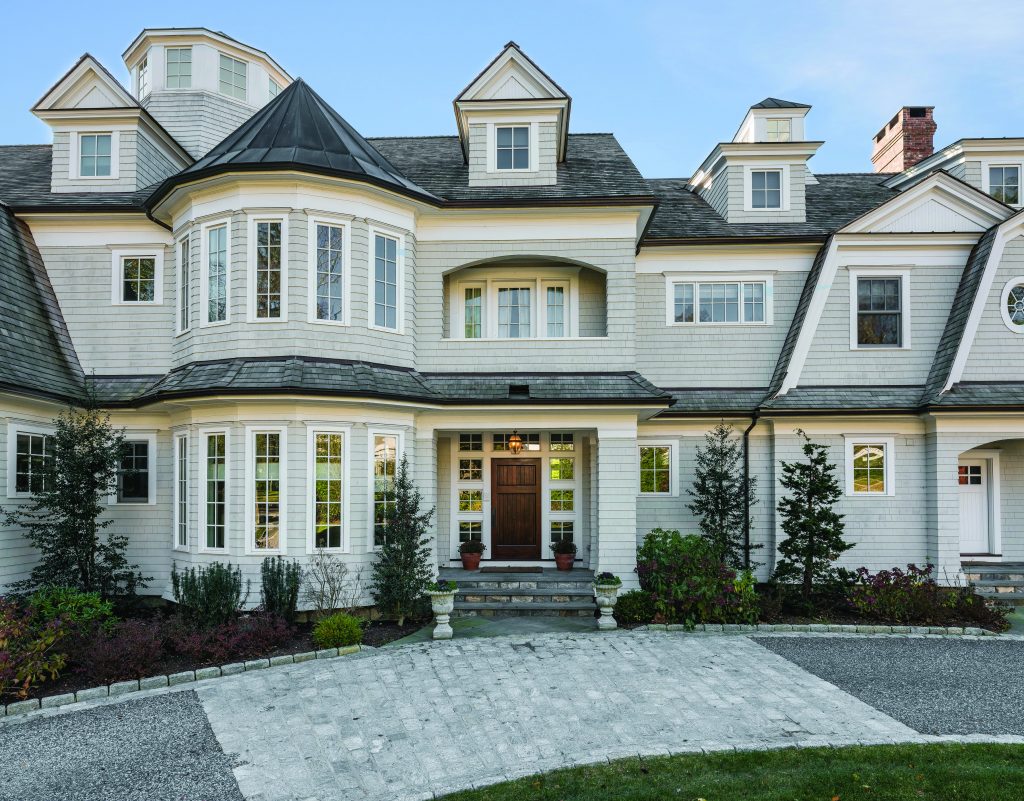 Morstad says that her favorite room of the home, which she describes as Nantucket-style with a Contemporary fair, is the dining room. “It has a freplace, multi-tiered wainscoting and it’s perfect for entertaining,” she says. “There’s a lot of good energy, a lot of light from the French doors and high ceilings, and a Swarovski crystal dome chandelier that’s the centerpiece of the room.” 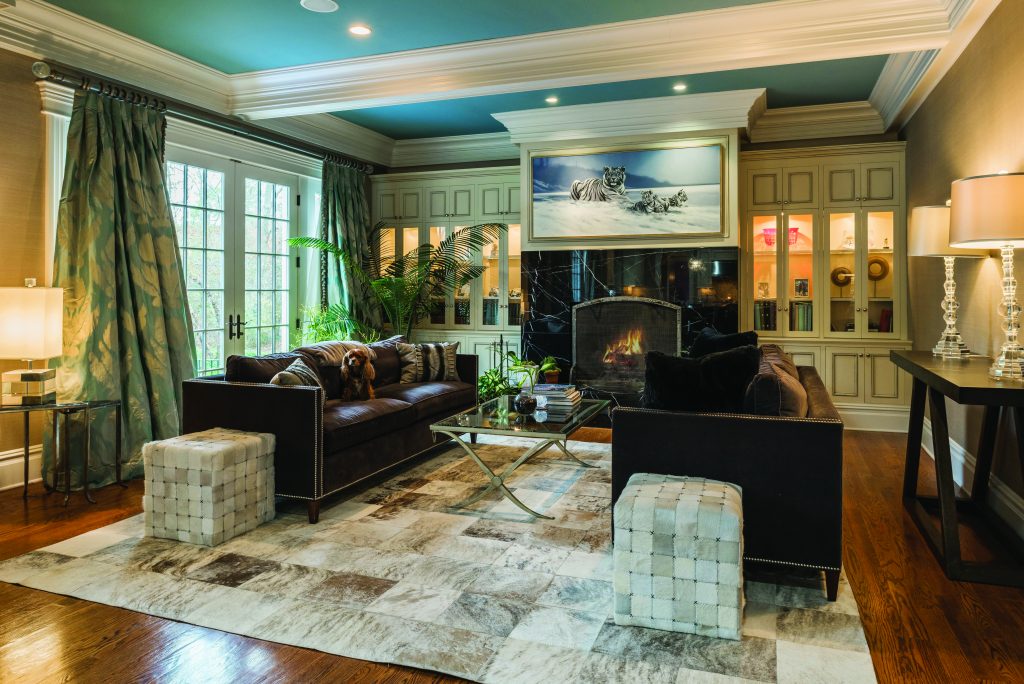 Behind the residence is a pond shared by five homes, providing great views from the terraces, including a terrace off of the master suite. “The home is sitting up on the edge of the pond so it’s very picturesque,” says Lurie. Morstad notes that there’s a lot of wildlife, so even though it’s just a mile to town, you feel like you’re in the country. “It’s very quiet and private, but has the amenities of the town nearby,” she says. 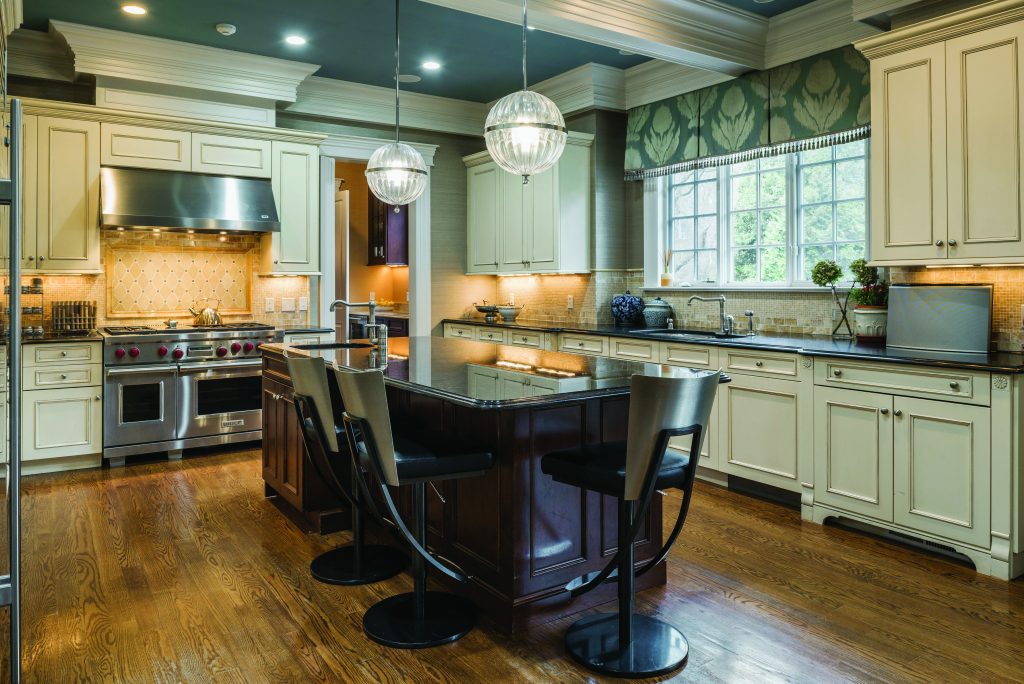 Morstad imagines a family moving into the home, saying “I primarily picture a family that has a couple of kids, perhaps moving from the city. They want to be really close to town and super accessible to the schools, but they want privacy and a beautiful oasis.”