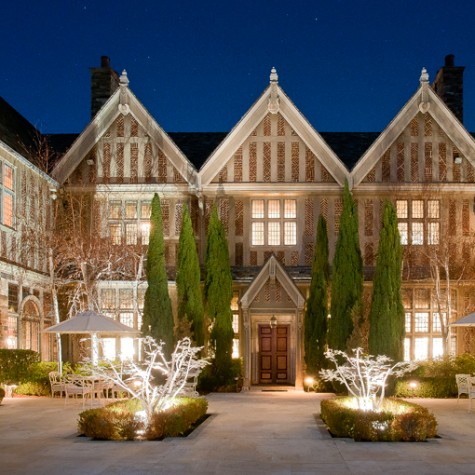 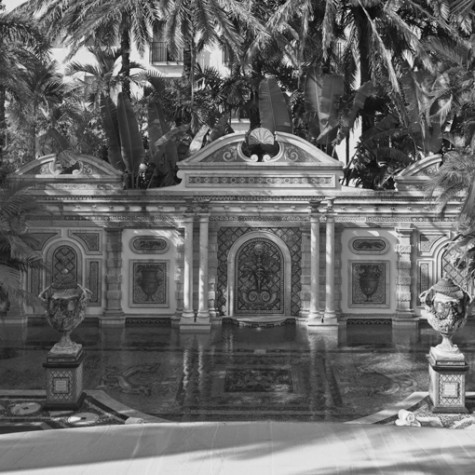 The U.S. may not have royalty or even a Highclere Castle, but we do boast our fair share of historic and iconic estates within our borders. These “properties with pedigree,” as we have decided to call them, are distinct in their own right: provenance, the attachment of a famous architect or a rich narrative that elevates them to the level of art. A property of pedigree means an instant connection to the past—as soon as you enter its doors, you cannot help but wonder whom in high society wandered the halls or dined in its interiors before you. The following six properties currently available from Coldwell Banker Previews International®  are just the sort of places that inspire visions of glamour, past, present and future.  If their walls could speak, oh what stories they would tell…

1116 Ocean Drive is famous in its own right. Formerly owned by Gianni Versace, the 23,462-square-foot gated waterfront estate was built in 1930 by architect Alden Freeman, who according to Forbes, was a well-known architect and philanthropist of the time. Said to be inspired by the colonial palace where the family of Christopher Columbus once lived, Casa Casuarina was renovated by Versace beginning in 1992, with details that speak volumes. From the stunning 54-foot long mosaic-tiled 24K gold lined pool and Versace motifs to the hand-painted wall, fresco-adorned ceilings and rooms with a “different fantastical theme,” the estate was not only the realization of an icon—but has become an icon in and of itself.

The Schweppe Estate has been called one of “Illinois’ most architecturally significant estates on Lake Michigan”—and for good reason. The magnificent English Renaissance estate was designed by Frederick Wainwright Perkins in 1917, and was a gift of Mrs. Schweppe’s father, Marshall Field and Company president, John G. Shedd. It was restored to perfection in 1987 and 1988 by 70 craftsmen, including Italian artisans and Bavarian stone crafters. Set on 5.3 lush and private acres overlooking the lake, the estate is a statement of history with hand-carved wood millwork and moldings, hand-carved limestone surrounds and walls, 11 fireplaces with exquisite hand-carved marble and limestone mantles, limestone moldings, plaster walls and intricate plaster relief ceilings. What’s even more impressive than its long Lake Michigan lineage is its rare 400 feet of beachfront…this is a property of pure prestige.

The Tobin Clark Estate was originally designed in 1931 by the legendary architect David Adler for Mrs. Celia Tobin Clark, one of the San Francisco Bay Area’s most prominent families of the early 20th century. The stately Cotswold Tudor mansion rests on six private acres, evoking the ambience and grandeur of another era. Meticulously renovated with an uncompromising attention to detail, the residence brings you right back to the 1930s with its elegant black and white marble reception foyer, carved balustrade staircase, banquet-sized formal dining room, loggia, grand terrace and library with 17th century English paneling. Apparently the VIP suite was also used to host past Heads of State…can you imagine the grand galas that must have taken place in the music room?

Set on the prestigious 1st block of Commonwealth Avenue, this gorgeous Boston townhouse was formerly owned by the 35th Governor of Massachusetts Oliver Ames (1887-1890) and also the French Consulate. The 3,950 square-foot parlor level house boasts a location just steps from the Public Garden, plus a beautiful formal living room and library with soaring ceilings, carefully restored to their original detail. The who’s who of political leaders and international dignitaries must have sat among the grand wood-paneled walls in the living room, and it’s all part of this home’s classic history.

The historic Pillsbury (yes, the Pillsbury) mansion commands an exclusive peninsula on Lake Minnetonka and just minutes from downtown Minneapolis. Built in 1918, the property was originally owned by John S. and Eleanor Pillsbury, son and daughter-in-law of the co-founder of the renowned grain producer and food company, according to the Star Tribune. Lovingly restored by the Manhattan firm Beyer Blinder Belle (famous for restoring Ellis Island and Grand Central Station), the 13-acre country house “brims with almost 360 degree magnificent water views” and feels almost like “Jane Austen’s England.” One visit to this extraordinary estate will surely leave you wondering what sort of dishes were served at their elegant parties….chocolate cake? Crescent rolls?

This 1923 Italianate Mediterranean in L.A.’s Hancock Park neighborhood was originally designed by Elmer Grey and built for the Adamson-Rindge family. (Frederick H. Rindge was founder of Malibu Potteries and played an integral role in Malibu’s early history). Built as a sister house to the Malibu museum (see: Adamson House), the gated 6-bedroom estate was used as the family’s townhouse. Incidentally the home’s pedigree is renowned in Los Angeles, attracting at least one celebrity owner over its history. From its lushly landscaped lawns and wisteria-covered arbor to entertaining patios, pool and Gene Mako paddle tennis court, the home embodies the breezy Southern California lifestyle that attracted so many affluent families to Western shores at the turn of the 20th century. 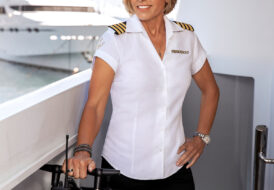 Below Deck’s Captain Sandy: What to Know About Buying a Yacht Home 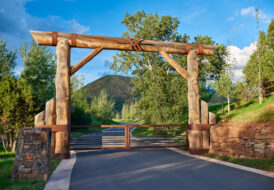 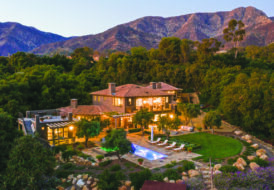 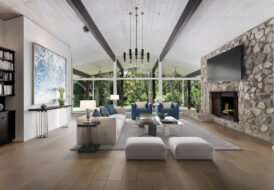