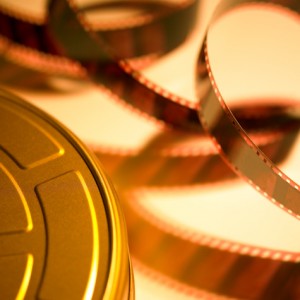 From the highs and lows of Wall Street to the retro-futuristic streets of Los Angeles and gravity-defying moments in outer space, this year’s “Best Picture” nominees represent the most exceptional films of 2013. (They might even give us a little glimpse into what we can expect from the Academy, come Jan. 16, when the 86th Oscar nominations are announced.)

To celebrate the upcoming awards show, we assembled a collection of listings by Coldwell Banker Previews International® that embody the style and ambiance of six extraordinary films. Explore, enjoy and don’t forget to tune in this Sunday, January 12 on NBC at 8 pm EST, 5 pm PST!

There is no absence of atmosphere in this uber-contemporary Miami masterpiece—but the 16,000-square-foot home’s spiraling staircase makes you feel as though you are soaring to new heights.

Formula One rivals James Hunt and Niki Lauda did not agree on much—but the two racecar drivers might find common ground in this 6,000 square-foot collector’s car garage in Fort Lauderdale.

The private park and English gardens of this European estate in Connecticut recall the beautiful (and misty) English countryside in “Philomena,” as a woman and a political journalist travel on an emotional quest to find her long lost child.

“Her” takes place in a retro-futuristic version of Los Angeles—a world where people fall in love with their operating systems, travel by train everywhere and live in ultra modern homes with the most epic views of the city—like this $4,500,000 gem hovering above the Sunset Strip.

“The Wolf of Wall Street”

Jordan Belfort’s wild beach house parties might have taken place in the 1980s and on the East Coast—but the contemporary Cape Cod style of this Malibu Colony beach cottage could attract a well-heeled stockbroker or two.