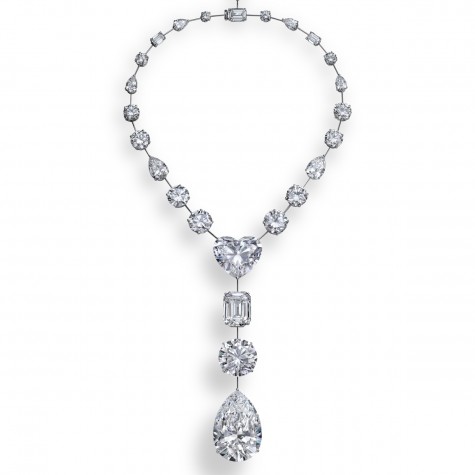 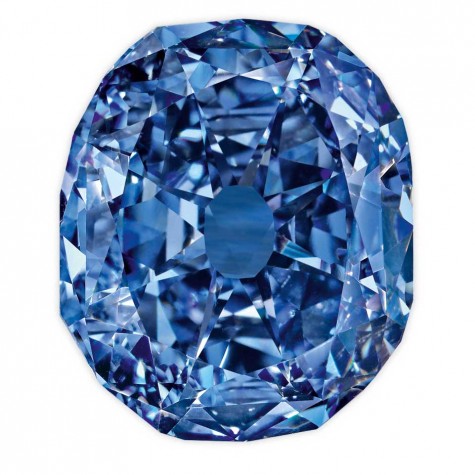 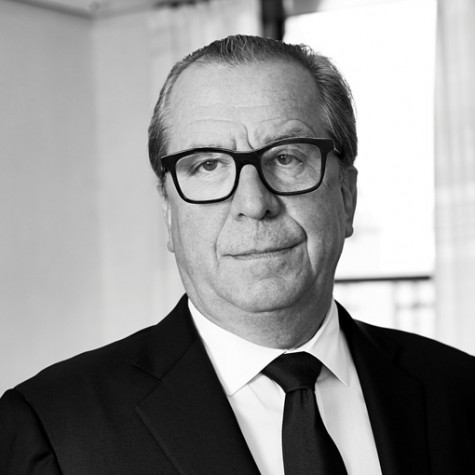 Passion is one thing that is in abundance at Laurence Graff’s office on Albemarle Street in London’s tony Mayfair district. The jeweler—ranked among Forbes’ top billionaires in the world—has spent the last six decades innovating the fine art of diamond cutting, building one of the top jewelry businesses. His company has handled more important gem-quality diamonds than any other jeweler—a fact not lost on his clients, which have included Elizabeth Taylor, the Sultan of Brunei, Donald Trump, Oprah Winfrey and Larry Ellison. Graff’s eye for beauty and aptitude for uncovering the rarest stones even earned him the title “King of Diamonds” in the press, not to mention an award from the Queen of England. In 2013, Her Majesty honored him with the Most Excellent Order of the British Empire (OBE), only two rungs down from a knighthood. 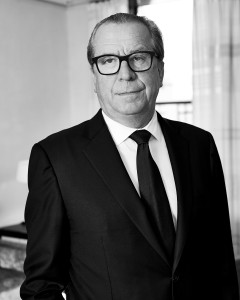 Homes & Estates magazine was equally as honored to interview Graff’s head in the United States: Henri Barguirdjian, president and CEO Americas, Graff Diamonds, for a recent story called, “A Cut Above.” We decided to continue the conversation with Barguirdjian on Previews® Inside Out. Here is an excerpt of our dialogue.

Previews Inside Out What’s the Graff secret to cutting rough diamonds?

Henri Barguirdjian We are truly the only ones with genuine vertical integration. From the moment a rough diamond comes from the ground to the moment a client places a diamond around her neck, the stone never leaves our hands. The secret is mainly this: Mr. Graff never compromises on the way a diamond has to be cut. Mr. Graff won’t hesitate to cut a perfect 8-carat diamond from a 24- carat rough stone. Most jewelers will try to maximize the yield. Because, after all, the more it weighs, the more it is worth. But Mr. Graff believes in the beauty of the stone. He is not afraid to cut a smaller stone to produce a better jewel.

Previews Inside Out It’s almost like a work of art.

Henri Barguirdjian Yes, exactly. A beautifully cut diamond is a work of art. And how do you price art? How do you say that a Picasso is worth more than a Van Gogh or a Jeff Koons? It’s a matter of beauty, rarity and perception. It’s almost impossible to quantify on a piece of paper.

Previews Inside Out What are some of the qualities that Graff typically looks for when acquiring diamonds?

Henri Barguirdjian We look for the biggest, purest, whitest color in a rough stone that we can find. However, this is just in theory. We’re dealing with Mother Nature, after all.

Previews Inside Out It’s almost like making wine. One year, a winery can create a great vintage because of the rainfall. The next year, not so much.

Henri Barguirdjian That’s an excellent analogy. You might have a good summer with a lot of rain and humidity. And the next year, you have grape juice. Just like the world’s great winemakers, we are beholden to what Mother Nature gives us.

Previews Inside Out Looking back at some of the most famous Graff diamonds in history, which ones particularly stand out in your mind?

Henri Barguirdjian There were so many! If I had to pick one, it would have to be the Wittelsbach-Graff Diamond, a rare blue diamond from the 17th century. I was fortunate enough to be involved with the exhibition at the Smithsonian in 2010. It was the first time in more than 50 years that the Wittelsbach-Graff joined the Hope Diamond. To reunite those two stones was an exceptional event for a jeweler. I was proud to have both of those stones in my hands.

Previews Inside Out Years ago, there was a trend developing where diamonds were considered an investment. Are high quality diamonds an investment today? Or still a passion purchase?

Henri Barguirdjian It’s both. It’s a passion purchase, for sure. But it is also an investment. Not in the sense of stocks, where you can sell it tomorrow and make a 5% profit. It doesn’t work that. However, it will appreciate in time because it is very rare and precious. Most of our clients keep their diamonds, which eventually become family heirlooms. We have clients who keep diamonds as an investment.

Previews Inside Out And some people collect diamonds like art.

Henri Barguirdjian People buy diamonds because they like to own them or wear them. It’s linked to a happy moment: a birth of a child, anniversary, marriage, promotion. They also buy them because they love to look at them—in the same way people buy art. The value keeps appreciating as well, which adds to the equation.

Previews Inside Out Where does price and demand for high quality diamonds rest as of now?

Henri Barguirdjian The demand is global. There is a real thirst for anything that is rare and fine and will appreciate in value. Everyone understands and appreciates how rare and special these stones are. It’s a worldwide phenomenon.

Previews Inside Out Where are the biggest growth areas for your business?

Henri Barguirdjian China, Indonesia, India, South America and the United States. However, the next continent we will see emerging is Africa, since it has the natural resources. 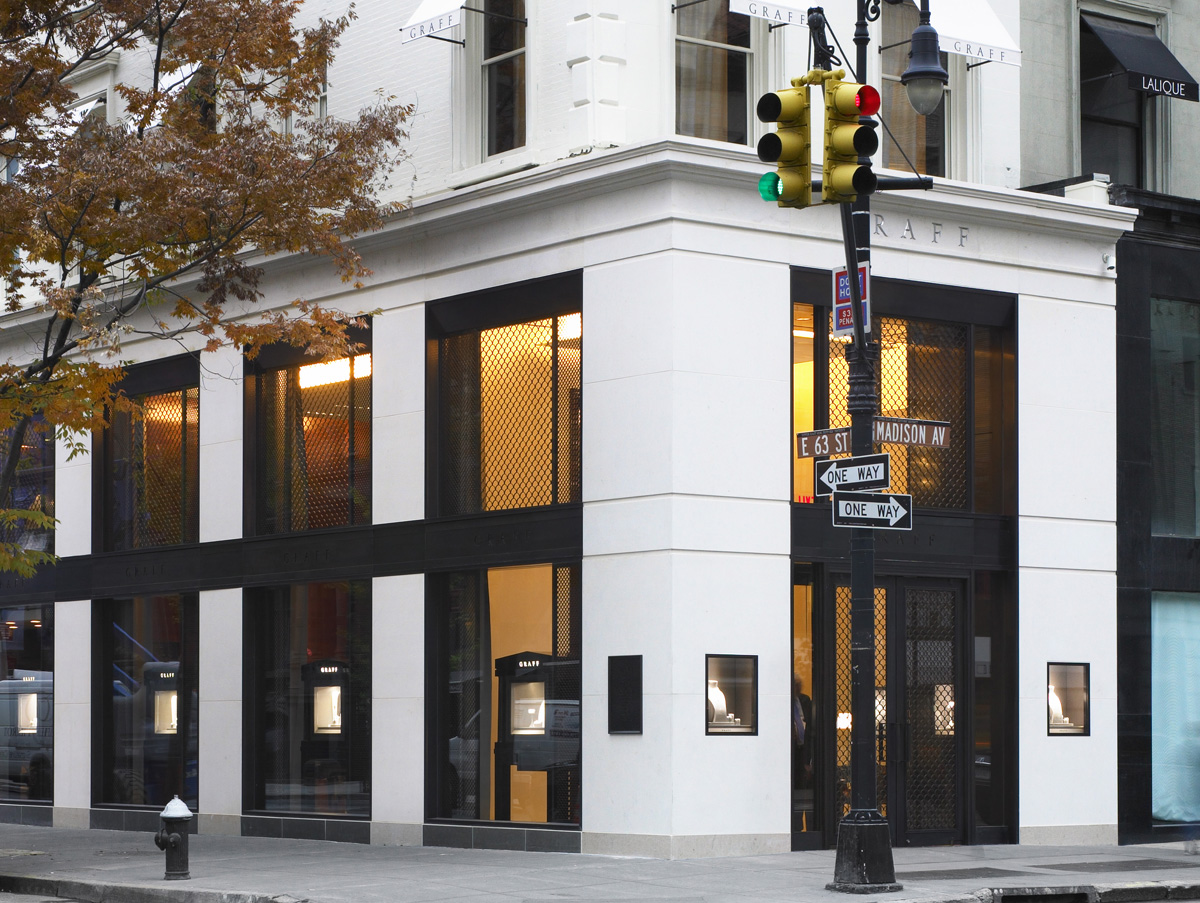 Previews Inside Out When you see diamonds setting records, does that solidify your view?

Henri Barguirdjian It’s a confirmation of how special those stones are. It never ceases to amaze us. Recently, there was a 9.75 pear shape blue diamond that sold for $33 million. That’s $3,350,000 per carat. There is no end in sight for price appreciations. The demand is far greater than the supply.

Previews Inside Out What’s the next benchmark? $200 million?

Henri Barguirdjian You tell me! It all depends on what Mother Nature gives us.

Previews Inside Out Graff has also unveiled some of the world’s most spectacular timepieces and even the Delaire Graff Estate—a vineyard and winery with a boutique hotel and restaurant in Stellenbosch, the Napa Valley of South Africa. How do you see these endeavors as an extension of the Graff brand?

Henri Barguirdjian The watch collection is a natural extension of our jewelry business, launched about five or six years ago. It grew from client demand. It took us some time to develop a watch line because we wanted it to have authenticity and uniqueness of design. It has been extremely successful. As for the Delaire Graff Estate, Mr. Graff literally fell in love with the property. It’s an extraordinary place in nature. There’s a vineyard. And being the perfectionist that he is, he refurbished the property and made it what it is today. That is the Graff signature. He has turned passion into a business.

More information on Graff Diamonds can be found here. 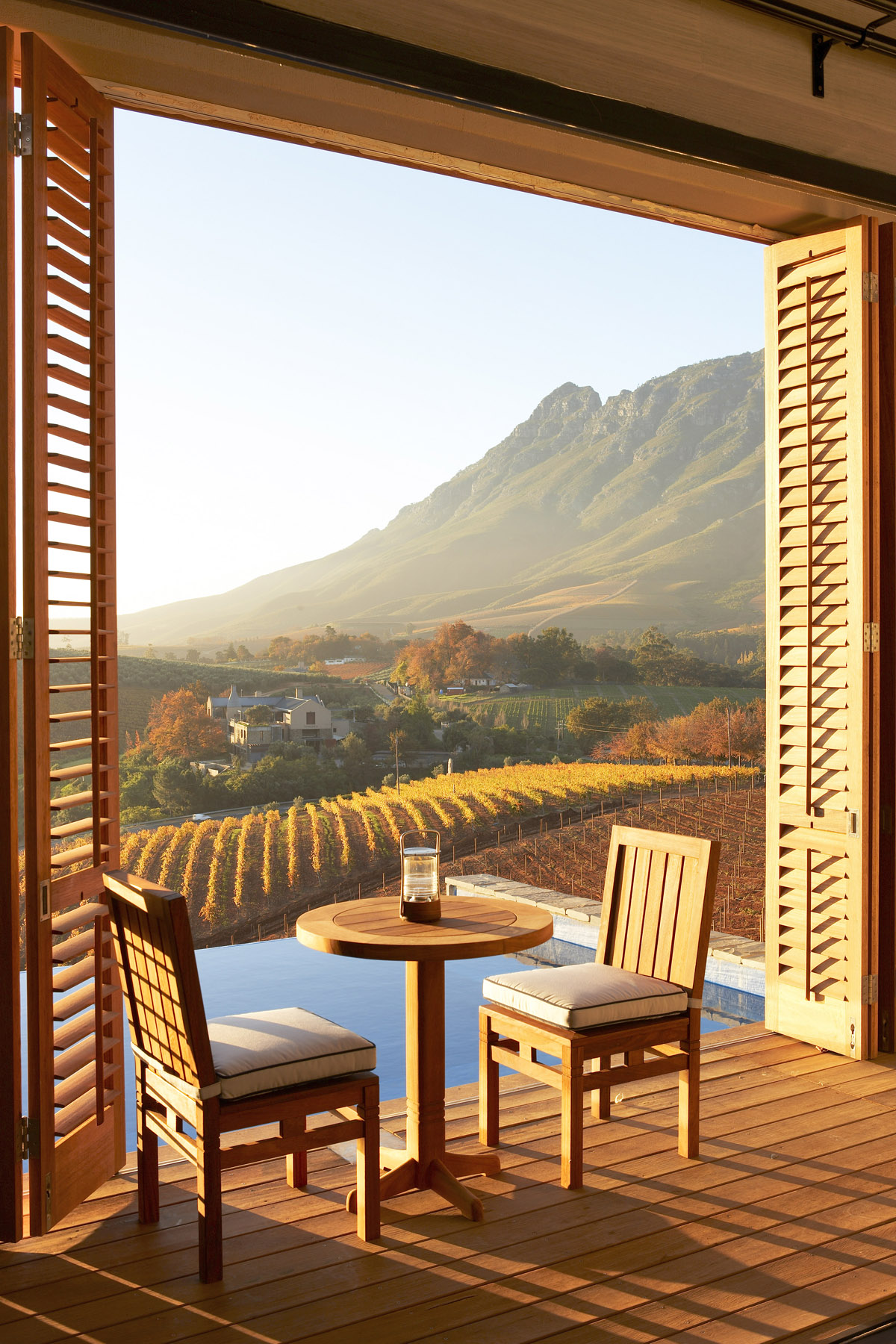