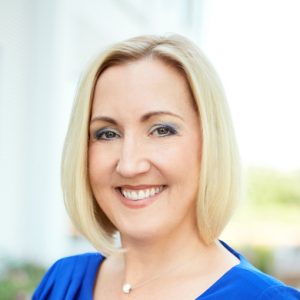 When it comes to searching for the most desirable places to live, Southern California is invariably on most people’s shortlists. Whether it’s the year-round sunny weather, the spirit of openness or the promise of prime oceanfront real estate, everyone has their reasons for wanting to live the California Dream. This dream — or, hope for the future — has always propelled the local real estate market, now home to some of the nation’s most expensive and sought-after ZIP codes in the world.

Perhaps it is not a surprise then, in this shiny bastion of forward-thinking ideas and during a new era of female empowerment, that a woman would be appointed to lead a top regional division for the nation’s largest real estate brokerage, NRT LLC. NRT LLC is a subsidiary of the Realogy Franchise Group and represents all company-owned Coldwell Banker Operations.

Effective February 1, 2019, Jamie Duran — resident Southern Californian and 30-year real estate veteran—will move into the role of president of Coldwell Banker Residential Brokerage in Greater Los Angeles, while continuing to serve as president of Coldwell Banker Residential Brokerage of the Orange County, Riverside County and San Diego Companies. The move unites the Coldwell Banker companies under one dynamic leadership team. Noted M. Ryan Gorman, president and CEO of NRT LLC: “Jamie is the ideal leader to guide these powerhouse companies to make an incredible impact in the region.”

As the luxury real estate segment plays a major role in the company’s overall Southern California market share, national leaders within the Coldwell Banker Global Luxury® program welcome Duran’s fresh leadership.  “I’ve worked with Jamie for years now and I can vouch for her professionalism, true ‘in-the-field’ knowledge and hands-on approach to management,” said Craig Hogan, vice president of luxury for Coldwell Banker Real Estate LLC.  “She has a track record that speaks volumes about her abilities to drive a company forward in both innovation and company growth. I have no doubt that she is the best person to lead this crucial market region into the future.”

She will have large shoes to fill. (Not that Duran doesn’t have her own list of accomplishments. She was named in Swanepoel T3 Group’s “Top 200 Most Powerful People in Residential Real Estate 2017/18” list.) Duran is replacing Robert Foster who is retiring after a career in real estate spanning more than 40 years. As president of Coldwell Banker Residential Brokerage in Greater Los Angeles, Foster grew the company exponentially through strategic acquisitions to become the No. 1 brokerage in that market. Prior to that role, Foster served as the chief operating officer for the Southwest region, where he was instrumental in steering the company through downturns and rebounds. During his celebrated career, he was an award-winning agent and branch manager, achieving Manager of the Year recognition more than once. “We are grateful to Bob for his outstanding contributions to Coldwell Banker, where he has been a champion of the company and widely respected by agents and peers across the nation,” added Gorman.

Duran will now be in charge of NRT’s Southern California operations, which has a significant market footprint. In 2017, the Southern California division achieved a combined sales volume of $24.4 billion and 22,621 transaction sides. Coldwell Banker Residential Brokerage NRT is represented by approximately 5,550 agents and 78 offices in southern California, including the Greater Los Angeles, Orange County, Riverside County and San Diego markets.

“I am thrilled to lead our Southern California companies under our new structure,” said Duran, who began her real estate career in the Los Angeles market, where she spent 10 years in Studio City as an agent, assistant manager and regional education director. She then served 12 years as branch manager in Ventura and Studio City before becoming the district manager and later the regional vice president in the Inland region. She was promoted to president of the Orange County/San Diego company in 2014. In this role, she grew the company’s footprint by seven offices and attracted an average of 600 new agents per year, now overseeing 33 offices, more than 2,350 sales associates and 140 employees. She led the company to achieve over $8 billion in sales volume from early 2016 to early 2017, representing a growth of over 50 percent from her starting point. Her local operating company has been number one nationally for Coldwell Banker® in net recruiting growth for the last two years.

Duran continues: “My return to Greater Los Angeles on the heels of massive market share growth over the last few years in Orange County and San Diego is strategic. We are leaders in not just the real estate industry, but also real estate technology platforms, agents, services and consumer trust in our stable brand. Stability and strength in a changing market are what agents and consumers count on, especially now.” 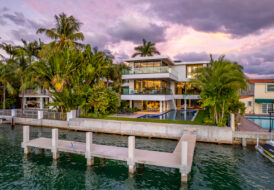