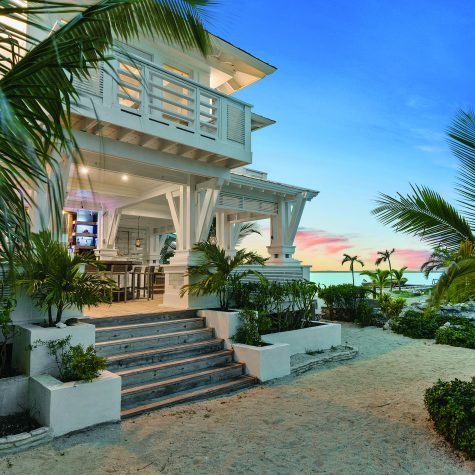 The Bahamas, the archipelago of 700 islands made famous by pink sand and some of the clearest waters in the Caribbean, has long held allure for those who want to enjoy the complete seclusion of its private islands — where, as Johnny Depp once told Vanity Fair, they can feel their “pulse rate drop about 20 beats.” Cabbage Cay, a fully sustainable 35-acre island, promises that same rush of freedom. Reached by a short boat ride from Harbour Island, Cabbage Cay is guarded by Eleuthera, a 110-mile sliver of an island, making it a true “hidden gem,” according to listing agent Robert Arthur of Coldwell Banker Lightbourn Realty.

“It’s this secret aquatic paradise,” reveals the Nassau-born, Miami-bred Arthur, who now lives in Briland. “The fact that it offers the seclusion of a private island, yet it’s close enough to ‘civilization’ on Harbour Island and Eleuthera, will make it appealing to a wise buyer. And since it’s surrounded by these two islands with a large sound that opens to the ocean, it has nice storm protection on all four sides.”

The island’s unique geography inspires most visitors who encounter its calm and shallow crystalline waters, dramatic elevations reaching up to 24 feet, miles of untouched coastline, three sandy beaches, lush vegetation and exotic wildlife. David Sklar was no exception. Sklar, a designer and principal at South Carolina-based SM7 Design (where he practices a type of environmental design called “ecotecture”), first came across the island about 12 years ago. He was immediately captivated. 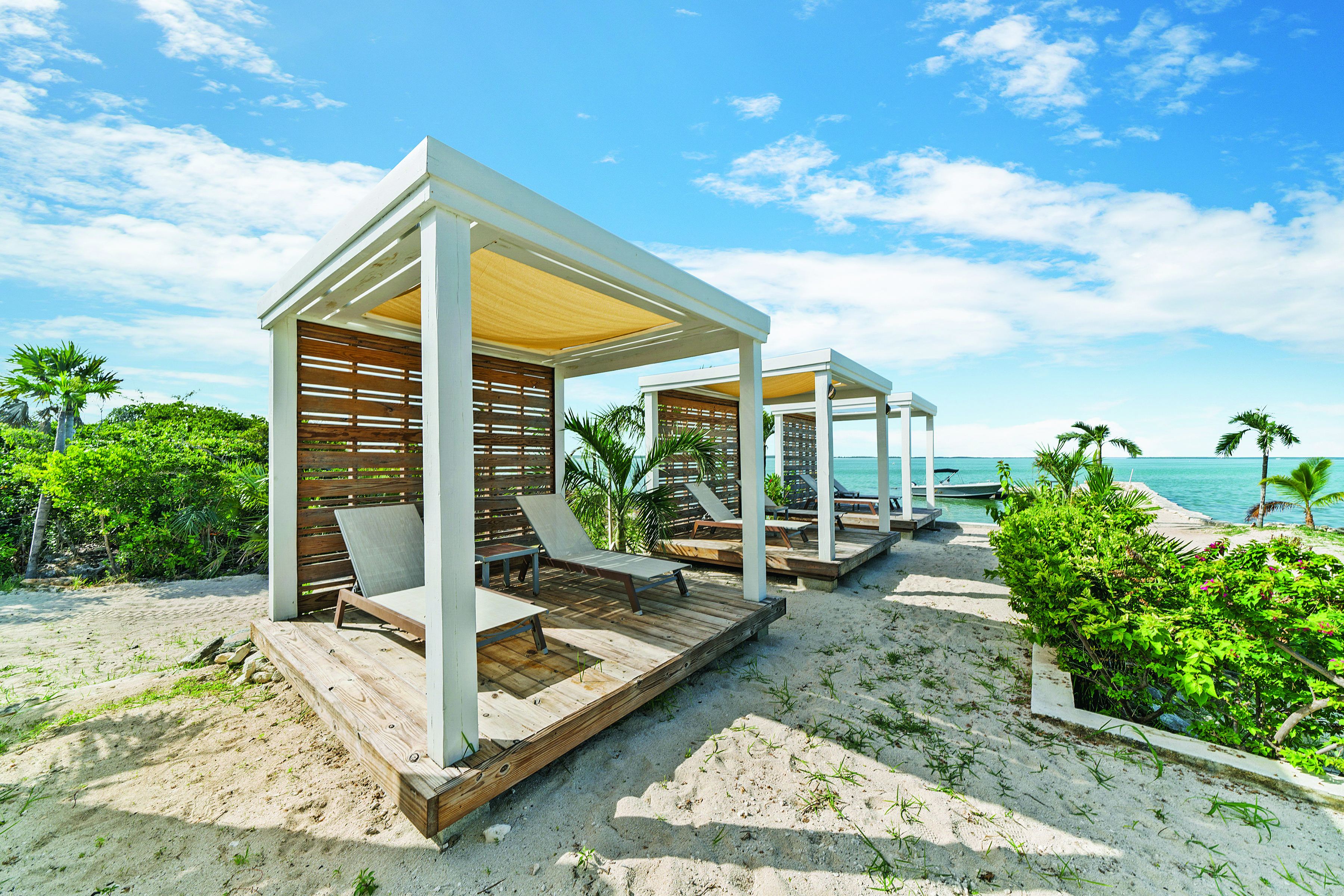 “It was truly love at first sight,” he remembers. “I couldn’t believe what an incredible piece of property it was. The only thing it didn’t have was the services. It became my stimulus and my mission: to protect this Caribbean jewel and create the world’s first sustainable island destination that is completely off the grid, with unparalleled guilt-free comfort.”

With like-minded visionaries and investors on board who acquired the property in 2006, Sklar got to work drafting a master plan for a private island escape that was capable of producing its own power, water and food onsite. It was an ambitious undertaking. They partnered with U.S. solar companies to create a dependable power grid system, using solar panels that capture free energy from the sun as well as batteries that store the energy in a reliable way, even at nighttime.

They developed a closed-loop water system on the island; a pond constructed in the middle of the island captures rainwater, while tiered waterways and solar pumps keep fresh water flowing freely through the island. They designed roofs, gutters and cisterns to maximize the collection of rainwater. They built about 700 square feet of gardens for growing organic fruits, vegetables and herbs.

They even constructed roads throughout the entire property, allowing scenic access around the entire island. And they did all this while carefully leaving the island’s natural habitat undisturbed; turtles, fish and birds are among the many species that call Cabbage Cay home. Their dream took nearly 10 years to realize. 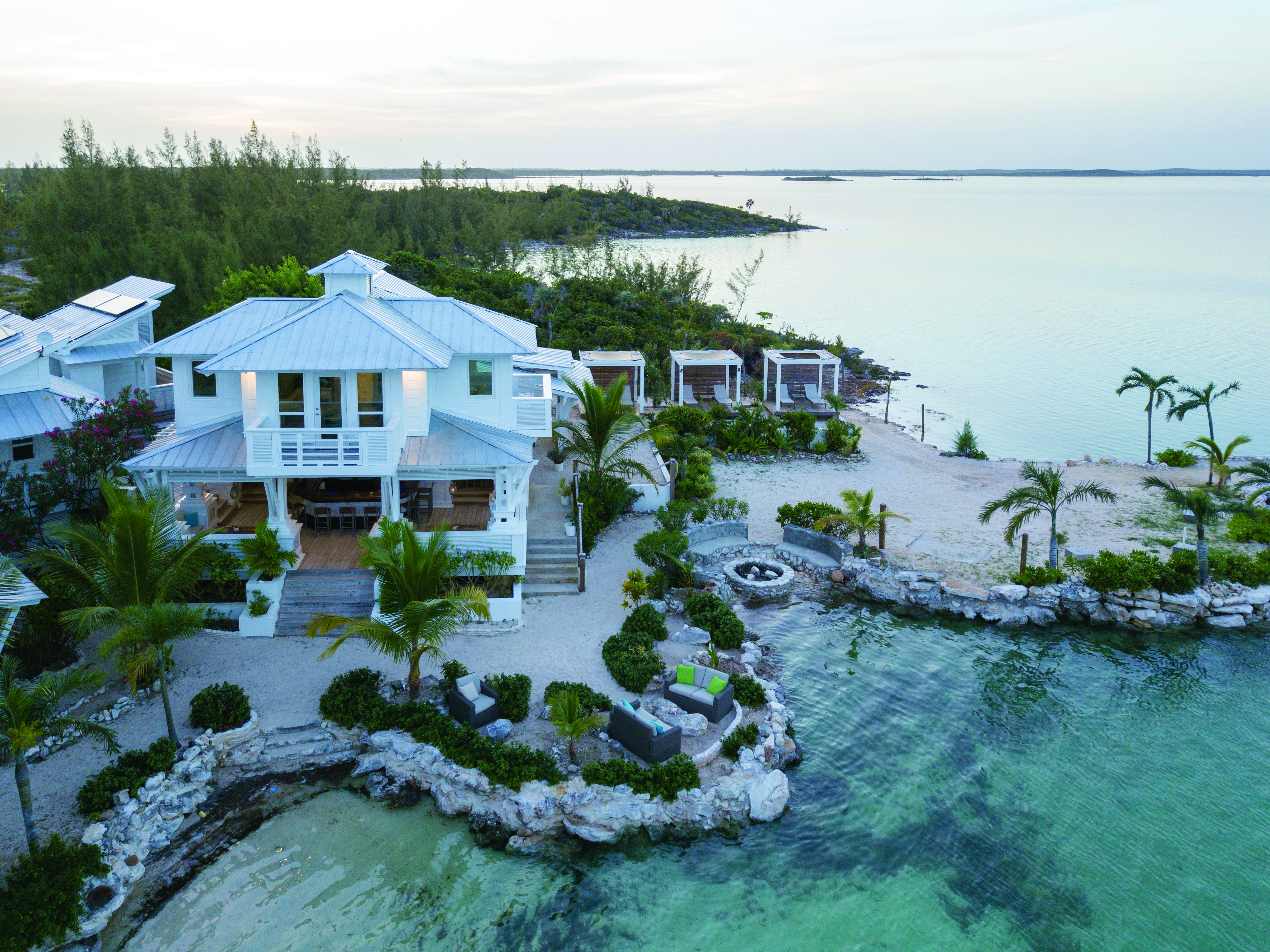 Today, Cabbage Cay pays homage to the authentic Bahamian experience, with great care given to energy-efficient design. As part of the overall master plan — which consists of a mix of bungalows and villas — a constellation of environmentally friendly buildings has already taken form. There is a 650-square-foot apartment that sits above a fully functioning bar and grill and features stunning views of the multi-hued waters of the protected bay, as well as a lovely cottage with a living room, bedroom and bathroom adjacent to the bar and grill.

A partially constructed hilltop unit also rests 40 feet above sea level, with 360-degree views of the surrounding area. Passive design was a primary focus for Sklar and his design team. They considered everything, from the direction of the wind and sun to the white paint that naturally cools the buildings.

“The island is ideal for a developer or a hotel operator group, and we would be available to assist and consult in whatever capacity they need, if that was the direction,” says Sklar. “Due to the location and level of privacy that it delivers, it would also appeal to a private owner who wants his or her personal natural playground or a family retreat.”

Aside from being just a 10-minute boat ride from the shopping and restaurants on Harbour Island, Cabbage Cay offers abundant recreation, ranging from bonefishing and snorkeling to paddleboarding. “The unique combination of proximity, privacy and freedom makes this property truly priceless,” concludes Arthur. 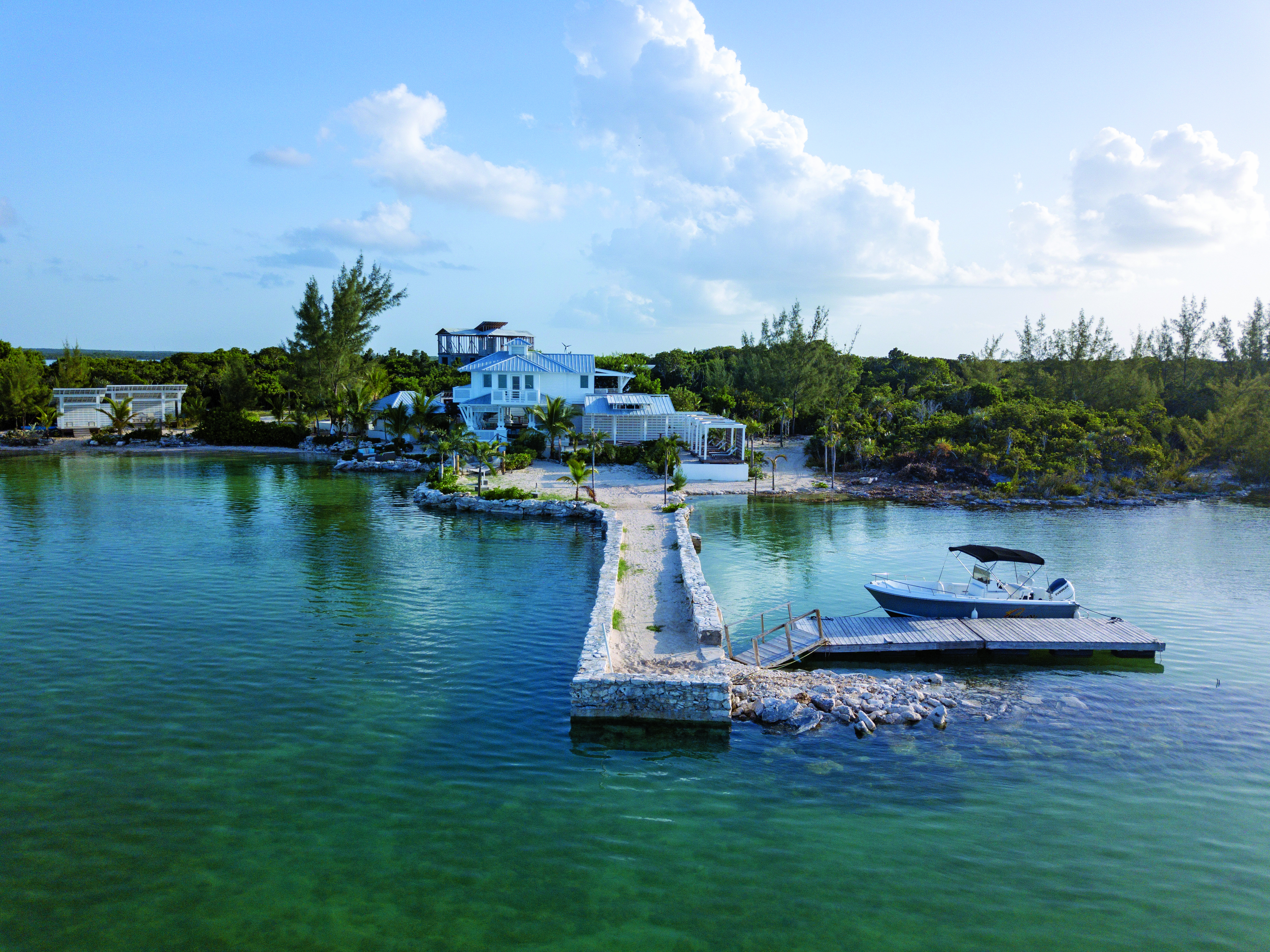 My Own Private Island

My Own Private Island