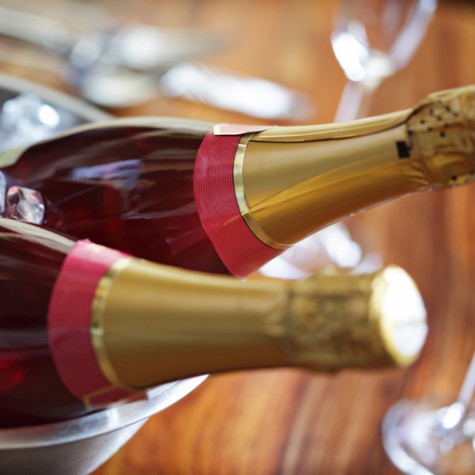 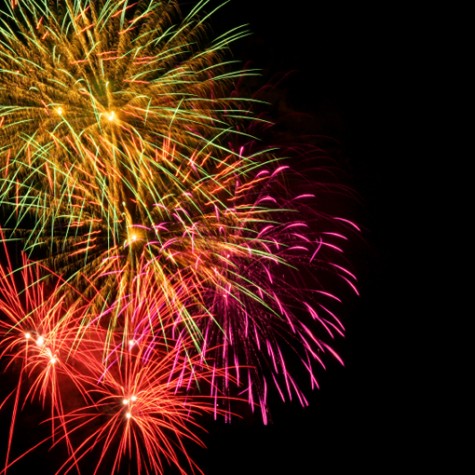 At Coldwell Banker Previews International®, we have often said that today’s affluent are increasingly mobile and not bound by geography when it comes to choosing luxury properties. The same is also true when it comes to New Year’s Eve plans. New York? Miami? Mumbai? Bangkok? The world’s top NYE destinations are right at their fingertips, just a private jet flight and bottle of Dom away. So, where are this year’s hautest NYE tickets? We curated a list of eight exclusive global parties to ring in 2014.

Of course, the iconic ball drop in New York City’s Times Square is legendary, but who wants to brave the crowds and winter cold on the street? With so many black tie parties to choose from (and most of them so exclusive they are hush-hush), we finally settled on the Mandarin Oriental New Year’s Eve Gala. Set in the hotel’s 36th floor ballroom, the black-tie celebration includes an open bar cocktail hour, an array of butler-passed hors d’oeuvres, multi-course dinner, surprise entertainment and dinner show acts and dancing. Rates for the New Year’s Eve Celebration package begin at USD $5,700 and include two-night accommodations and two Gala Ball tickets.

Las Vegas is practically the epicenter for New Year’s Eve celebration, excess and—we’ll just go ahead and say it—debauchery. Avoid the Vegas Strip on the busiest night of the year and take refuge at Surrender nightclub at the Encore. The club’s Diplo New Years 2014 party will give you your choice of both indoor and outdoor settings, and even a gaming area for Blackjack or craps if you’re in a gambling mood. For the ultimate $10,000 VIP package, you and 12 guests will receive a premium U booth with three bottles of Dom Perignon and four bottles of sponsored liquor. What’s that saying? What happens in Vegas, stays in…oh never mind.

Hot weather, hot people, hot parties. Yes…Miami is one of the hottest New Year’s Eve destinations around. One of the city’s most anticipated NYE bashes this year takes place at the world-famous Fontainebleau, with co-hosts Miley Cyrus and Pharrell Williams. The all-star, all-night party features poolside performances by Williams and Afrojack, along with electronic dance music superstar Tiësto headlining at LIV. Miley Cyrus will lead the countdown to midnight. Poolside tickets start at $275 per person…but expect the cost to rise with VIP table service.

If you want even more heat, jet down to Rio de Janeiro for New Year’s Eve.  Copacabana Palace, the city’s most famous luxury hotel, is a hotspot for Réveillon parties. Here is what you can look forward to: a view of the Copacabana beach fireworks, live music, amazing food and the ambience of the hotel’s grand rooms and fine restaurants, including the Frontal, Noble and Golden Rooms. And while you’re down here, forget your black tie—most Brazilians like to wear white for New Year’s Eve.

True—the people of China celebrate their New Year in January and February. But one particular event (or shall we say events?) in Shanghai caught our attention. The Peninsula Shanghai hosts New Year’s Eve celebrations themed to vintage luxury travel. Guests, encouraged to wear vintage 1920s costumes a la “The Great Gatsby,” arrive at the 3D backdrop of the Orient Express to welcome 2014. Expect to be as visually stimulated as you were while watching Baz Luhrmann’s Gatsby party scenes: burlesque dancers in traditional attire, themed stilt walkers and fireworks bursting above the Huangpu River.

Bangkok may be known as a hedonistic city (The Hangover Part II movie didn’t help), but it’s also a city that attracts tremendous wealth from all over the world. If you happen to be in or around Southeast Asia for New Year’s Eve—perhaps you’ll want to set your sights on the 63rd floor at State Tower and Tower Club at lebua.  The NYE celebration at The Dome—and its “garden” of multiple-award-winning restaurants Sirocco, Mezzaluna, Breeze, Sky Bar, Distil, and Ocean 52—has it all. Gorgeous panoramas of Bangkok. A fireworks show on the Chao Phraya River. A fleet of internationally celebrated master chefs, dedicated restaurant managers and rock-star mixologists—all there to give you the five-star treatment.

Old World grandeur. The romance of the Danube River. Courtyards and cobbled streets with Eastern European mystique. Glorious Budapest may be off the beaten path when it comes to the typically more boisterous New Year’s Eve settings (we’re talking to you, Vegas)—but that’s what makes it all the more attractive. To celebrate the beginning of 2014, whisk yourself away to the Four Seasons Hotel Gresham Palace Budapest for a private, quieter holiday. The hotel’s New Year’s Eve package includes luxe accommodations, daily American breakfast at Gresham Restaurant, and an invitation to a six-course New Year’s Eve Gala Dinner, which also includes a midnight buffet and a party in the Hotel lobby.

Another unexpected getaway for New Year’s Eve—Vienna—also happens to be one of the most romantic cities in Europe. Let the beauty of its Habsburg palaces and cultural legacy left behind by the likes of Mozart, Beethoven, Schubert, Strauss, and Gustav Klimt entice you to spend your New Year’s Eve at the Hotel Imperial.  The hotel’s NYE gala includes a 5-course dinner and an elegant limousine ride to the opera (all arranged by the concierge). As the ‘Pummerin’, St. Stephen’s Cathedral’s imposing bell, rings at midnight, you’ll gaze into your significant other’s eyes and think, “What a romantic and memorable way to usher in the New Year.”