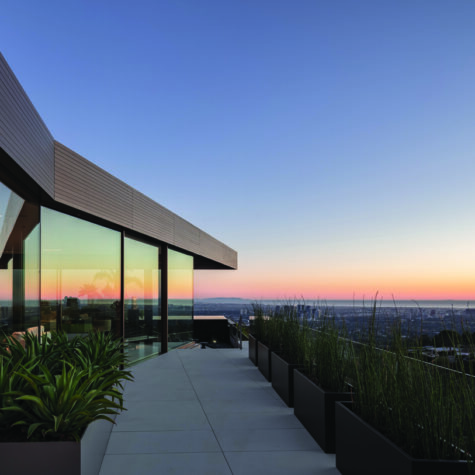 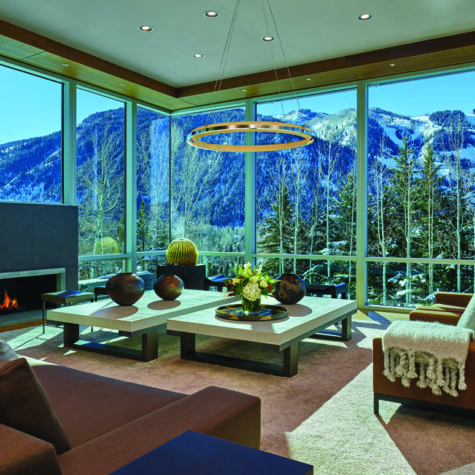 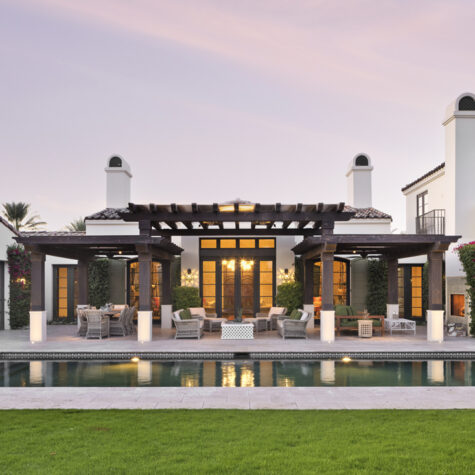 Supersized homes in the suburbs and high-maintenance compounds fell out of favor as people embraced lock-and-leave lifestyles. Then came the pandemic. People were confined to their homes with their families 24/7. Work, school, entertainment, fitness and everything else now had to take place under one roof. Travel plans were shelved.

According to “The Report,” recently released by the Coldwell Banker Global Luxury® program and The Institute of Luxury Home Marketing, the number of sales of homes over 5,000 square feet jumped 17% from 2019 to 2020. There was also an 8% drop in average days on market. Nearly 55% of Coldwell Banker Global Luxury specialists said that more square footage was the top amenity that flipped in demand from 2019 to 2020. 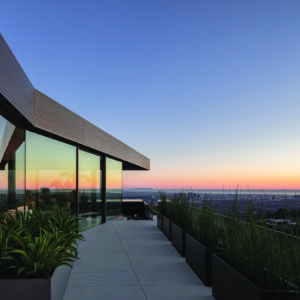 “Homes farther from the city center were extremely difficult to sell, and now they’re in the best market they’ve ever seen,” remarks Nathan Zeder of Coldwell Banker Realty in Coral Gables, Florida. “The suburbs had been very slow and rocketed up after June 2020.”

None of these developments surprise Sonia Hirt, a professor in Landscape Architecture and Planning at the College of Environment + Design, University of Georgia, who has studied the relationship between public health and architecture, urban planning, and suburbanization during the 19th and 20th centuries.

“Once the ramifications of the pandemic became clear, it was not surprising to see an interest in larger homes,” she says. “If the pandemic goes on for long enough and is deep enough, then I think people’s preferences for larger homes could shift for the long-term.”

How did space make such a rousing comeback? And does its renewed appeal signal a new era for luxury housing?

Agents who worked the suburbs in 2020 were inundated with requests for larger homes with amenities such as multiple offices and outdoor recreation spaces. Frank Isoldi of Coldwell Banker Realty in Westfield, New Jersey, recalls one Westfield property that had a pool, lit tennis court and pond. “Normally, it would have taken a bit of time to find the right buyer,” he says. “But the first buyer who looked at the home purchased it. Properties like this are now in high demand.” Homes with pools or outdoor entertaining spaces also sold quickly in Hinsdale and the western suburbs of Chicago. “We represented many buyers with two or more kids who accelerated their move to Hinsdale,” says Dawn McKenna of Coldwell Banker Realty in Illinois. “They were planning to move to Hinsdale eventually , but the pandemic bumped up their timeline.”

Properties with acreage were also desirable, even if they needed extensive remodeling work. Tim Allen of Coldwell Banker Realty in Carmel-by-the-Sea/Junipero points to a nearly $3.5 million sale located in a remote area in the Santa Lucia Mountains, just south of Carmel. “Despite the house being in dated condition, the property had plenty of acreage and expansive views,” he recalls. “It had been on the market five years ago and was almost never shown, due to its age and remote location. It was put back on market in August and received an offer in 30 days. The buyer wanted views and isolation.” On the East Coast, Michele Flood of Coldwell Banker Realty in Rye, New York, recounts a sale involving a waterfront property with an older and smaller home that generated a bidding war between two buyers, one of whom wanted to reunite the house with its original adjacent property next door. “The price kept escalating,” she says.

“Buyers, straight across the board, are buying compounds,” proclaims Tim Smith of Coldwell Banker Realty in Newport Beach. “They want to live, work and play estates.”

Smith recalls three such Orange County properties that sold in 2020: a multi-structure residence on an acre in Laguna Beach that had been on the market for years, a mega estate on nearly an acre in Newport Coast, and a bayfront mega estate where they brought the buyer off-market. Smith sees the theme continuing into the next decade, since a new California law passed to address the housing shortage now prevents developers from combining two lots and building across property lines. “Double lots and compounds are becoming more scarce, with a higher demand,” he says. 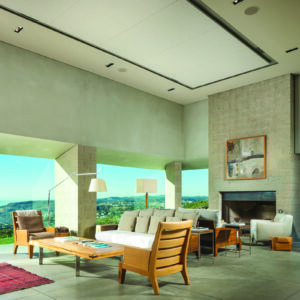 One mega estate he sold last year off-market — a Newport Coast 18,000-square-foot stunner on two lots, with a 12-car garage, theater, gym, sauna, office and pool — set the record for the highest-priced sale in Orange County’s history, he says. “It has been a paradigm shift, where consumers are reallocating more funds to where they are living now, instead of waiting for their dream home,” he explains. 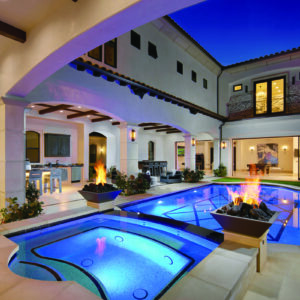 And that dream home must now serve multiple functions. Eddie Reay, COO and partner of Southern California luxury general contractor and developer Dugally Oberfeld Inc., says home offices are “now a critical necessity that must be much more functional,” he says, while creating children’s learning spaces “with technology seamlessly incorporated,” was another necessity introduced last year. “Outdoor entertainment spaces are more desirable than ever” so homeowners “can connect with those they care about versus going to restaurants and public spaces.” Tennis courts, bocci ball and sport courts also grew in popularity. 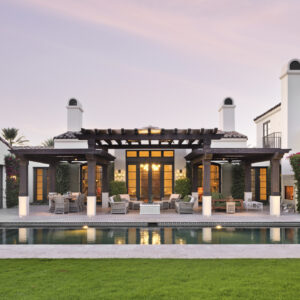 Many of Dugally Oberfeld’s affluent clients want to create a “vacation at home” experience. “Because of the recent rules on confinement and limitations on travel, our clients are trying to create sources of relaxation, entertainment and wellness within their home,” says Reay. “Oftentimes, we hear they want their home to feel like a luxury hotel.” 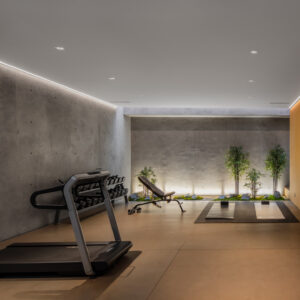 The desire to be surrounded by amenities and a resort-like atmosphere also manifested in searches for “escape houses” or vacation homes within driving distance to one’s primary residence last year. “The desert has become the Hamptons of Los Angeles and Orange County,” says Reay. The other trend to emerge in lands-strapped California is people purchasing multiple lots in different locations and building multiple houses. “That’s going to be the substitute in the near future,” predicts Smith. “Especially with the new ADU law, which allows a primary and secondary accessory unit to be built on almost any lot to help out with the housing shortage, we’re going to see more accessory dwellings.” 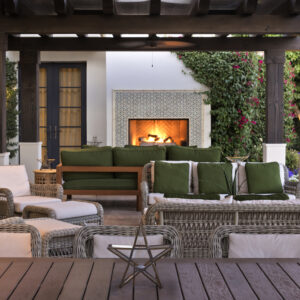 No other market illustrates the insatiable demand for space than Aspen and the Roaring Fork Valley. The Rocky Mountain region was one of the year’s hottest resort destinations. According to the Aspen/Glenwood MLS for Pitkin, Eagle and Garfield counties, nine properties over 100 acres sold last year, compared to just three in 2019. Sold properties between 35 and 100 acres also increased 93% from 2019 to 2020. Among these sales, the average price per acre and price per sale increased 40% and 45%, respectively. 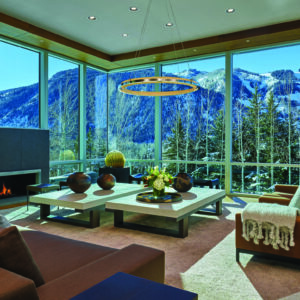 “As people shifted their lifestyles, they embraced Aspen as a four-season destination for its schools, cultural amenities and outdoor space,” says Carrie Wells, a veteran Aspen real estate agent who earned the No. 1 ranking in sales volume within the entire Coldwell Banker network for 2020. “For many of my clients, it was an eye-opening experience to be in Aspen during the off-season, typically April through June. We had such great weather that people were hiking and biking, and they even discovered skinning, or uphill skiing. It was so popular that all the equipment sold out in local stores!”

Wells points to several sizable 2020 sales. A contemporary seven-bedroom, new-construction home designed by Ro Rockett Design, perched on an acre on Red Mountain with 10,000+ square feet and views from Independence Pass to Mt. Sopris, sold for $31.8 million in late summer. The sale price was a record for the year, and she represented both the seller and buyer in the transaction. The other notable sale was a $29.6 million contemporary mountain home with private river frontage, six bedrooms and 10,626 square feet on Willoughby Way, one of the most desirable streets in Aspen. 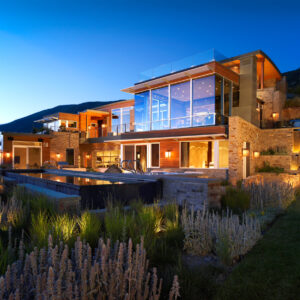 “Last year, we saw a shift from what was previously popular,” she notes. “Before the pandemic, everyone wanted to be in the center of the action, where they could walk everywhere and had slightly smaller square footages. Now, people want more outdoor space and private outdoor amenities with land around them, a few miles from the Core.”

Heightened demand for these types of properties, coupled with a lack of inventory, also drove buyers to take swift action. Wells recounts how an owner of a prime West Aspen home situated along the Aspen Golf Club called her on a Saturday morning and said, “We’re thinking of selling.” Wells toured the property that afternoon, taking photos and videos to share with a potential buyer she already had in mind. The buyer flew into Aspen the next day, and the two parties inked out a deal before the home ever made it to the MLS. “It was the highest price-per-square-foot in the neighborhood,” she says.

While space will likely continue to power the luxury real estate market through 2021, it remains to be seen whether the trend has staying power. Smith is bullish: “I think we’re going to see vulnerabilities with this pandemic and future pandemics. I don’t see the search for space as a short-lived trend. This is going to be something that people will continue to want over the next decade.”

Others are less sure. A majority of Luxury Property Specialists surveyed for “The Report” expected buyers to eventually revert to wanting homes with smaller footprints in five years. Suburbanization trends also tend to be cyclical. Hirt points to various pandemics in the late 19th and early 20th centuries, which accelerated growth of some of the nation’s early suburbs. Once the viral illnesses got under control, “the paradigm shifted and the focus turned back toward density,” she notes.

Only time will tell what the future holds for luxury housing, but the lessons of 2020 will not soon fade. 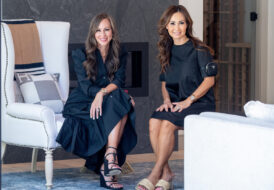 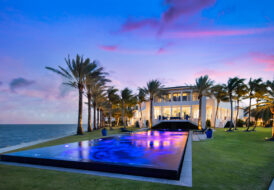 In Your Gaze: Properties that Offer a View to a Thrill 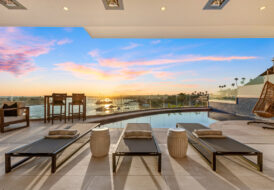 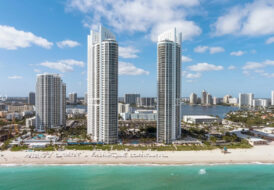