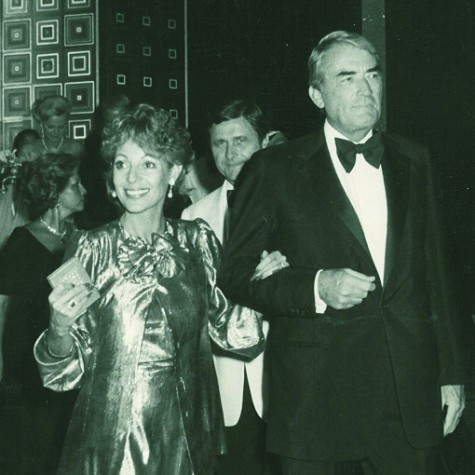 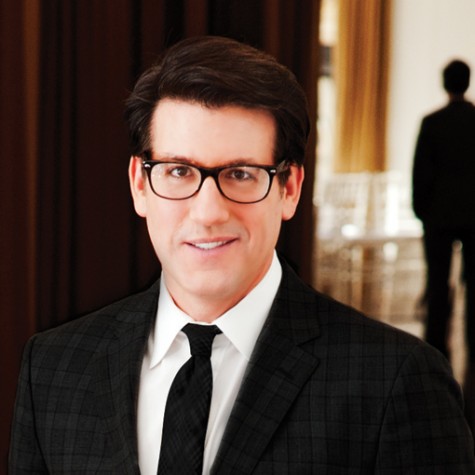 I have long had a fascination with historic houses and the stories behind those properties. Who lived there, how did they entertain, who dropped by? There is always a sense of wonder and mystery lingering behind the walls of a historic home.

I recently came across a house new to the market that would be at the top of my buy list if I were lucky enough to be moving to Los Angeles: a grand French chateau built in 1932 on one of the most prestigious and star-studded streets in Holmby Hills. The seven-bedroom, 9,182-square-foot house set on 1.3-acres has a storied past. It was the home of Veronique Peck, who moved in shortly after the 2003 death of her husband, the Academy Award-winning actor Gregory Peck. Here, Veronique played stylish hostess to such Hollywood greats as Lauren Bacall, Angie Dickinson and Joan Collins—they all enjoyed Sunday night poker sessions in Peck’s game room—as well as the next generation of stars, including actress Laura Dern, who married musician Ben Harper in the garden in 2005. 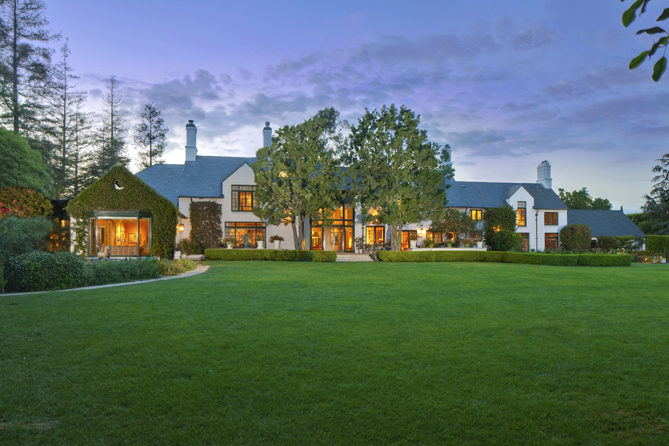 Veronique met Peck when she interviewed him for a French newspaper in 1953, the year he made Roman Holiday with Audrey Hepburn and their 1955 marriage lasted until Gregory’s death. During those years, Veronique was an admired patron of the arts, as well as a consummate hostess whose genuine warmth always put her guests at ease. As her friend, the L.A. Times columnist Patt Morrison, recalled after Veronique’s death in 2012: “Her parties were marvelous, not in the flashy see-and-be-seen fashion of society and Hollywood galas, but sympa, to use the French shorthand—cozy, genial, as if her extended family had all come by.”

The home is represented by Jade Mills of Coldwell Banker Residential Brokerage in Beverly Hills and marketed by Coldwell Banker Previews International® for $24,995,000. For some perspective on what life was like inside its fabled walls, I recently spoke to Veronique and Gregory’s daughter, the respected filmmaker Cecilia Peck Voll.

Michael Bruno What inspired your mother to purchase this particular property?

Cecilia Peck Voll My mother had a great eye for real estate, and she thought South Mapleton Drive was the best street in Los Angeles. On Mapleton, she found her dream house, a Normandy chateau with a long private drive and the expansive gardens … she loved everything about it. I think it reminded her of France but was on her favorite street in her adopted city, which she loved so much.

The gardens are indeed extraordinary.

Cecilia Peck Voll They offer total privacy. And when you eat dinner on the terrace, it’s like having your own park spread out in front of you.

Did your mother get involved in the interior design of the house? What was important to her?

Cecilia Peck Voll Yes, she did everything herself. She consulted her dear friend, the designer Joanna Poitier, throughout the process. But she had the eye. She had a great flair for mixing beautiful European pieces with modern pieces. Lighting and aroma were so important to her: always the right balance of candles, soft lighting from sconces, fires in the fireplace, and her special secret aromatherapy diffusers from London, which everyone covets.

I hear the poker games your parents hosted over the decades consistently drew A-list Hollywood friends. You must have fun memories of those evenings.

Cecilia Peck Voll The Sunday evening poker game began at the Sinatras’ house when they lived on Foothill Road, and then it would alternate between my parents’ previous house, on North Carolwood Drive. My mother, Barbara Sinatra, Felicia Lemmon and Angie Dickinson were the core of the game, and these grande dames have kept the game going even since my mother’s death. Joan Collins plays when she’s in town; Lauren Bacall drops in, too. The beauty, brains, wit and poker skills of these ladies are legendary. They all have a great sense of humor. They drink margaritas and break for dinner and go back to the game. I heard that Jen Aniston once asked if she could get in on it.

George Clooney was a friend and frequent dinner guest of my parents, who both adored him, and I think it was mutual. My dad told George that he courted my mom in Lake Como. You can ask George if that’s what inspired him to get his villa there!

How much did her French upbringing inform her sense of style and design?

Cecilia Peck Voll I’ve never known anyone more elegant than Veronique. She was a total original—in her homes, her personal style, her dinner parties. She was a visionary, talented at everything—décor, painting, sculpture, writing. She was the best conversationalist; it all came together with no effort. She grew up in Paris, so she had impeccable taste, but she was worldly and witty and modern and interesting. It went way beyond being French. 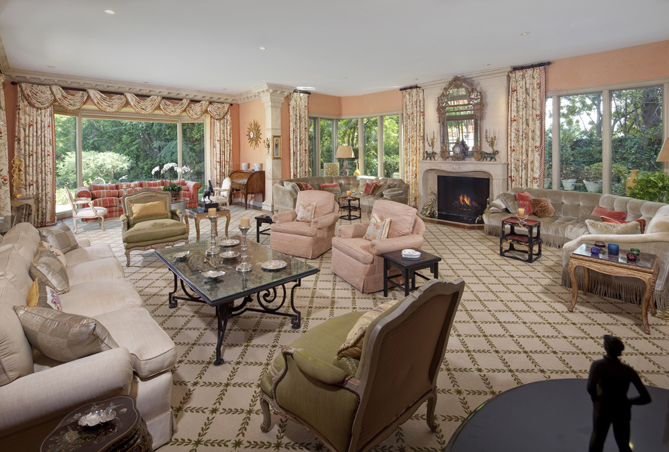 What was her favorite room in the house?

Cecilia Peck Voll Her living room. It was like her prize. You don’t know it’s coming and you literally gasp when you see it. It’s so grand, but so beautiful and so inviting at the same time. It was her greatest gathering place.

Your mother was known for her cozy parties—seemingly worlds away from the flashy parties of Hollywood. Where were some of her favorite places in the house to host friends and family?

Cecilia Peck Voll Throughout her life, whenever she entertained, she would always be waiting in the foyer with her guest books, where everyone would sign upon entering. It’s unbelievable to read who signed those books over the years: Frank Sinatra, Audrey Hepburn, Cary Grant, Sidney Poitier, Michael Jackson, Zubin Mehta, Anjelica Huston and a whole generation of younger actors. Then, she would take guests through the living room and out to the terrace for a glass of Champagne, with a stop in the study where my dad’s treasures were—his Oscars and his favorite Rouault painting, his desk, his saddle from one of his films, and so many great photographs. Then she would reveal her beautiful dinner table, with the most delicious food prepared by Carmen Vargas. And she had her “casbah” for cozy conversations, and of course, the game room where the poker hijinks took place. The poker table was a gift from the Sinatras.

Is it true that Sheryl Crow and Laura Dern would come by to drink Champagne and try on Veronique’s clothes? What was her closet like?

Cecilia Peck Voll Yes! Laura was a very dear friend of Veronique and Gregory’s. I am so blessed to have inherited her as a beloved friend of mine. Laura was like another daughter to my mom. She came over very frequently. She loved my mother’s couture dresses and was always getting Veronique to open her closets. Sheryl was there one evening. They were trying everything on and laughing because Veronique had such a tiny waist that even those two very slender beauties had to tug on some of the zippers.

Did she have any favorite red carpet gowns?

Cecilia Peck Voll My mother wore Yves Saint Laurent to so many legendary events. She also has an incredible collection of Thea Porter gowns.

What’s most special to you about the house?

Cecilia Peck Voll That house has a magical energy. It’s uplifting. It’s refined. It’s so happy. There is beauty everywhere, and you just feel good from the moment you enter it until the moment you leave. Whoever purchases it will make it their own, but they will be inheriting the most exquisite energy that comes from the whole property, and from the love between my parents. 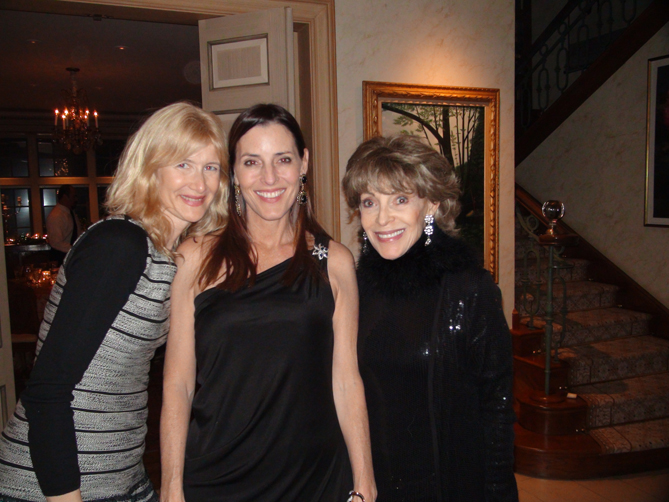 Living a Hollywood Legend: An Interview by Michael Bruno

Living a Hollywood Legend: An Interview by Michael Bruno