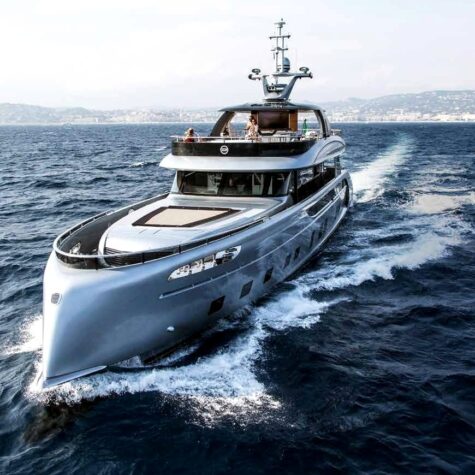 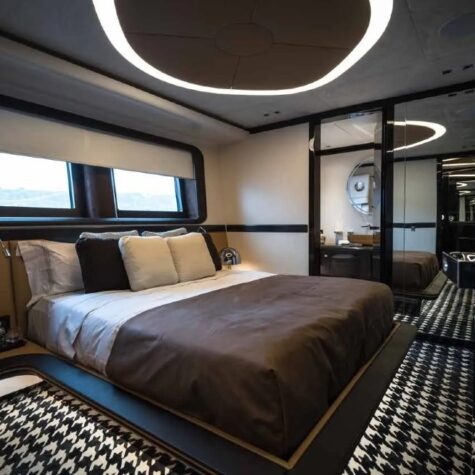 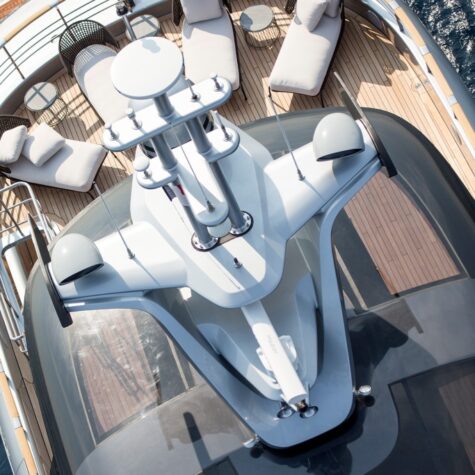 This article originally appeared in JamesEdition.

Let’s delve more into the specifics of the striking Dynamiq yacht.

Constructed and engineered by Dynamiq naval specialists, Studio F.A. Porsche came on board from a design point of view – both inside and out. You’ll notice nods to the Porsche 911 Targa, with fluid lines, side contours, and balanced proportions. Even minor details are reminiscent of the legendary sports car, including the cleat on which the boat is moored citing the taillight. 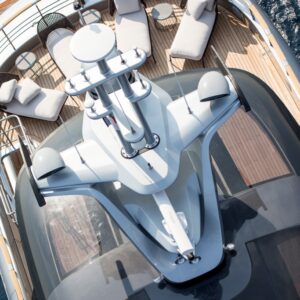 And inside? Cream leather dominates, with rooms visually connected by decorative aluminum and wooden slats – inspiration was taken from the Porsche Mission E. Brown dashboard. Buyers can customize with their own color scheme, representing a paradigm shift in the industry. High-end audio plays at the hands of Bowers & Wilkins, and laminated XIR glass features throughout, allowing for maximum light while keeping harmful UV rays at bay. 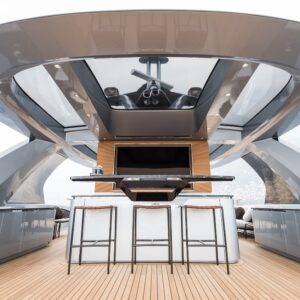 What else? A bespoke four-fin stabilization system and Hull Vane, a fixed foil located under the stern. Combining fuel and electric, switch the main engines off and generators power electric motors, allowing the vessel to cruise in complete silence. 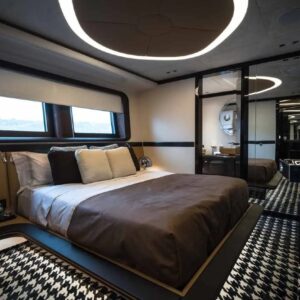 Perfectly equipped for long-range trips, owners of the groundbreaking and sporty yacht can enviably enjoy both the Mediterranean and Caribbean seasons.

The Dynamiq yacht GTT 115 price? It’ll set affluent yacht lovers back a starting figure of $14,900,000 (€12,500,000). Construction time is 24 months, and only seven editions will be built, heightening exclusivity and making the superyacht a real collector’s item and investment.

Next-generation Dynamiq yachts are top-quality and innovative, each conceived by the company’s ‘dream team’ of world thinkers, engineers, and naval architects. Founded in 2014 by yacht broker and designer Sergei Dobroserdov, Dynamiq was the first company in the industry to introduce an online configurator for ease of customization.

Designed in Monaco, engineered in the Netherlands, and built in Italy, Dynamiq yachts fuse technology with craftsmanship. 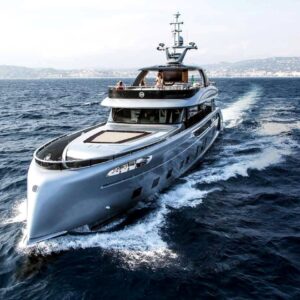 Alongside the Dynamiq GTT 115, other vessels in the range include the 50-meter G 500 hybrid, with stylish interiors by Bentley Home, and the GTM 90 Transformer, a fast and sporty specimen developed with VIP-car tuner Klassen.

Premium Studio F.A. Porsche: from Jets to Yachts and… E-bikes

With the highest of standards, Studio F.A. Porsche was founded in 1972 by Prof. Ferdinand Alexander Porsche, with form and function the ultimate aim. Varied products comprise the range, from e-bikes and dental chairs to superyachts.

Not to mention the Porsche and Embraer collaboration: Customers purchasing a special edition Embraer Phenom 300E business jet can buy a customized Porsche 911 Turbo S. Named ‘Duet’, there’s a unique logo used on the exterior and interior of both products. There’s also the luxury RFF 135, a catamaran configuration with Singapore-based Royal Falcon Fleet. 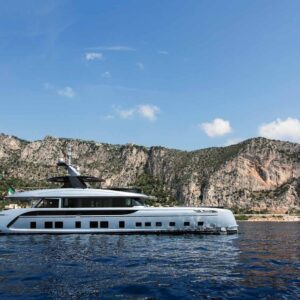 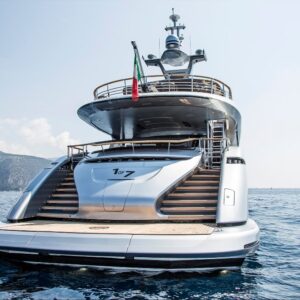 The acclaimed studio has also worked alongside top Slovenian shipbuilder Elan to produce the 15-meter GT6 sailing yacht, where elegance, minimalism, and dynamism are the words that spring to mind.