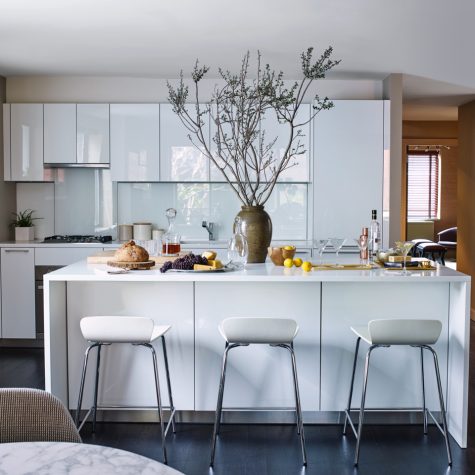 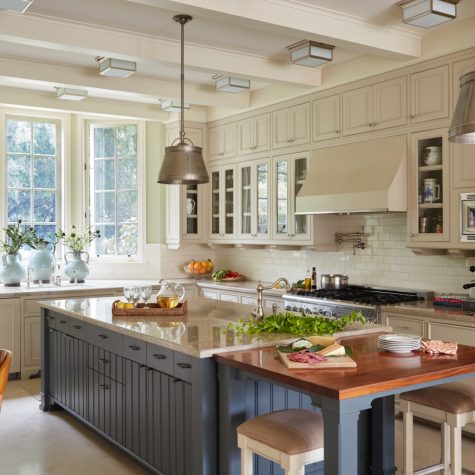 Let’s travel back to the Victorian era for a moment. See that big work table in the middle of the kitchen? That’s the precursor to the modern island. In upscale residences, that table-cum-island would have been surrounded by workers who were preparing, serving and cleaning up after the night’s meal while the lady and gentleman of the house enjoyed themselves in the dining room. Oh, and did we mention that this working kitchen was generally placed in the back of the home, where it could be hidden from view?

Today, the modern island is not just front and center (literally) in the kitchen. It’s become the heart of the home and the site of dinner prep and dinner party spreads, not to mention homework and crafts and baking. High-end islands may require superior function to act as workhorses, but, in many residences, their main role is simply as a showpiece.

So how do you translate the needs and wants of modern luxury homeowners when it comes to their island? We spoke to two industry experts, Raun Thorp, co-owner of Tichenor & Thorp Architects and authors of the book “Outside In: The Gardens and Houses of Tichenor & Thorp,” and Nancy Mayerfield, owner of NM Design House, to find out. 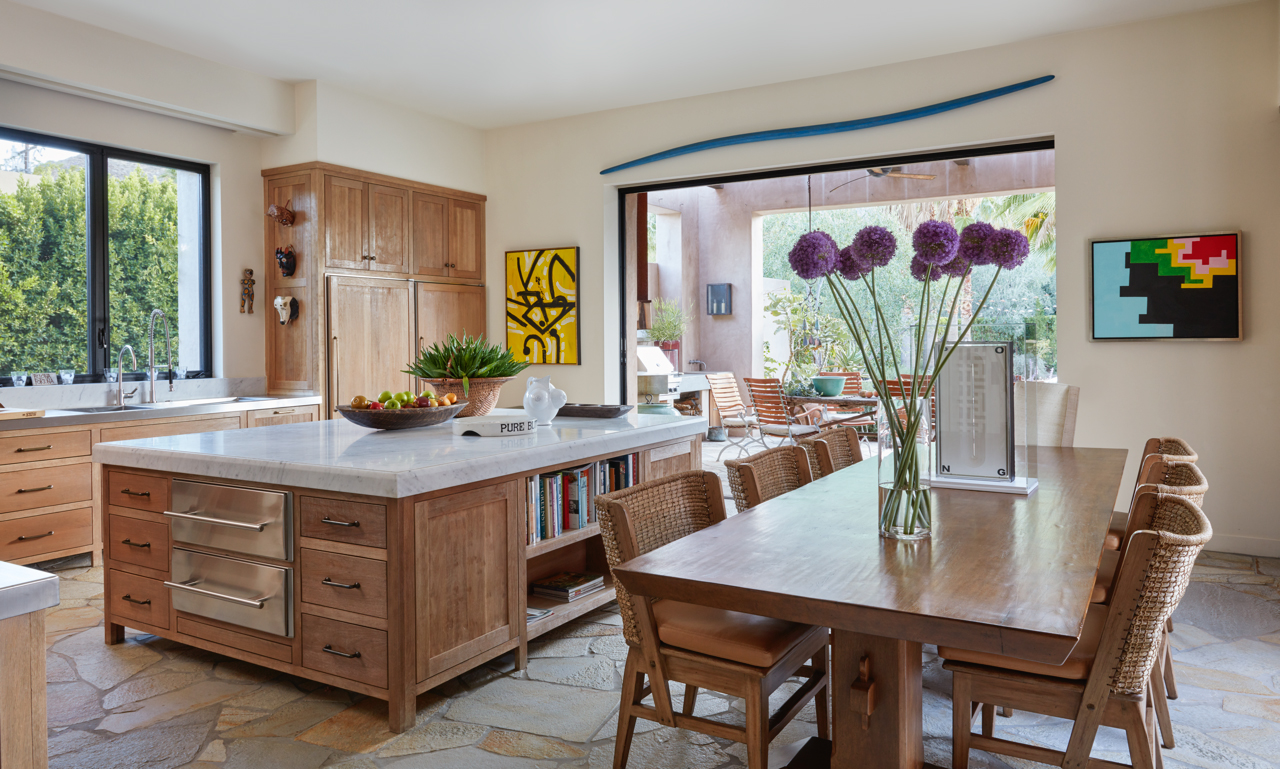 We tend to be pretty trend-resistant; we try to design projects that will endure over time. Almost everyone wants an island that looks beautiful and is packed with functionality. Designing the island so it reads more as a piece of furniture and less like an airport landing pad gives focus to the kitchen and establishes a point of view for the space, as the island is usually the focal point. Incorporating seating, bookshelves, warming drawers and dishwasher drawers are all pretty frequent client requests.

Islands will always be a popular way to extend the kitchen space. Extra counter/prep space and a place to pull up a stool and join the family chef or grab a quick informal bite — these functions depend on how the family lives. This is not necessarily a trend but a way of life and a luxury if your space allows for it. Adding a sink or an induction top and, of course, storage on both sides are definitely musts! 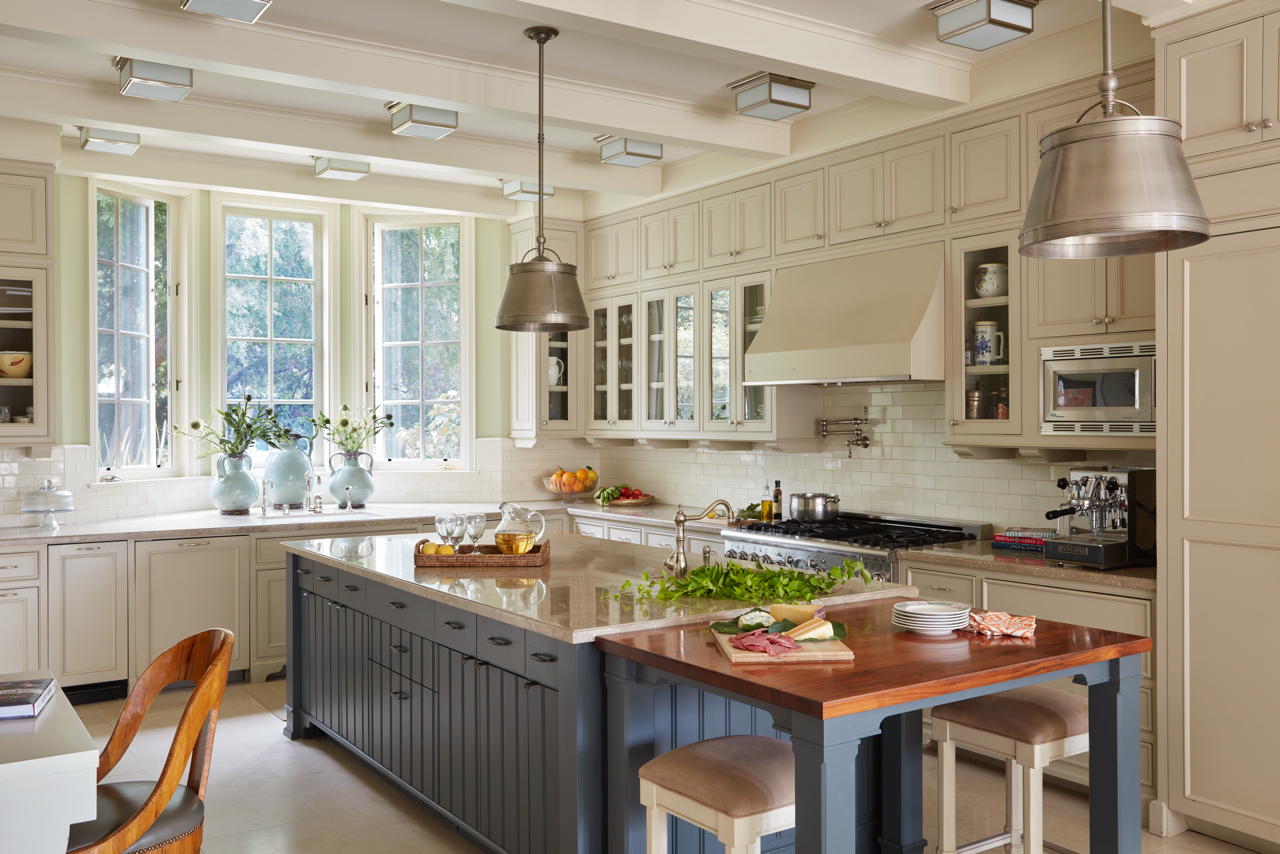 We have designed islands with countertop materials ranging from white, green or brown marble to Caesarstone and even Marmoleum with a metal edge. Butcher block can also be done in a fresh way by using woods other than the standard maple; mahogany and walnut.

Countertops have been ranging from a very thin composite-type material to thicker exotic marbles and natural quartzites. An island is a way to bring in a large natural stone, almost like a piece of art, while keeping the perimeter counters more neutral. I have also used different thicknesses for the island top versus the perimeter — this is a great way to better highlight the island. It’s important to discuss design with the cabinet maker, as it may result in a difference in counter height.

Living on the Edge 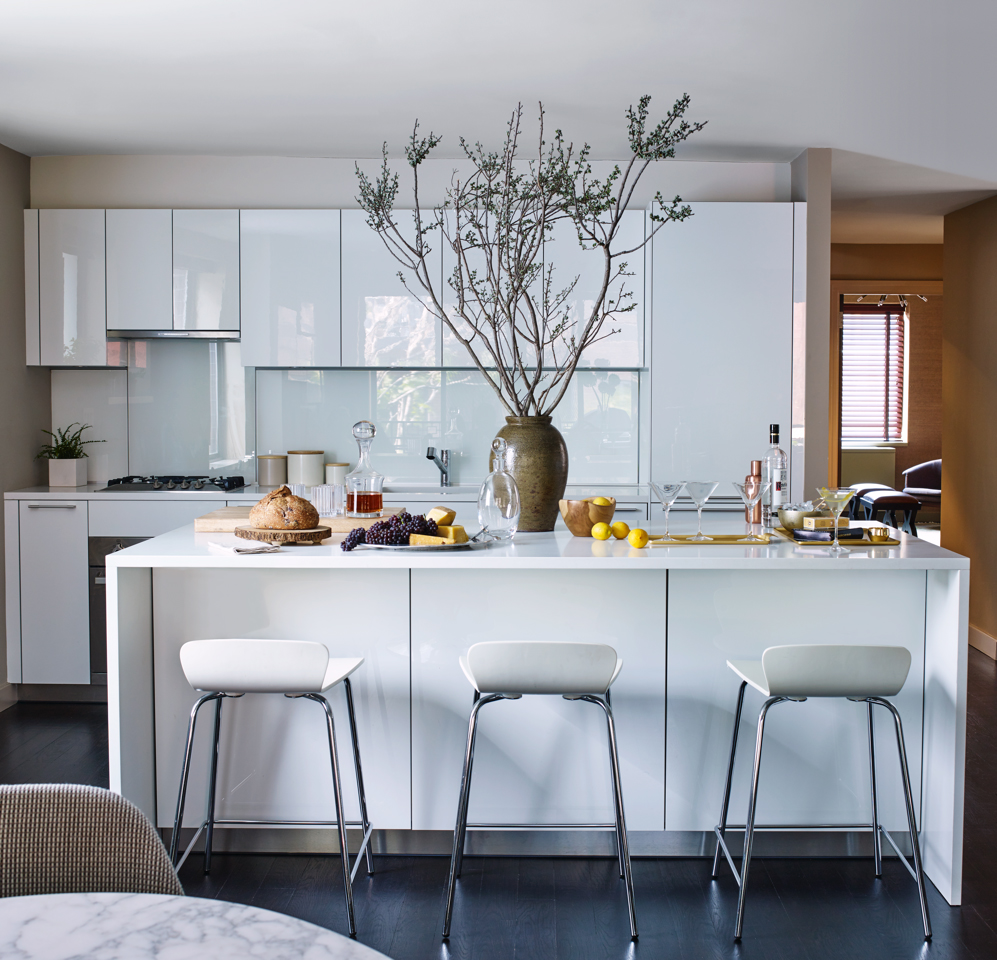 We have done some waterfall edges but try to use those when they make sense as an overhang that incorporates stools below.

We like to add in unique details like metal and unusual counter edge profiles. Waterfall edges are great, especially with a mitered edge, and leave the island with a finished feel. The waterfall does not need to be in marble and can be constructed to meet the marble top.

Once Color or Two? 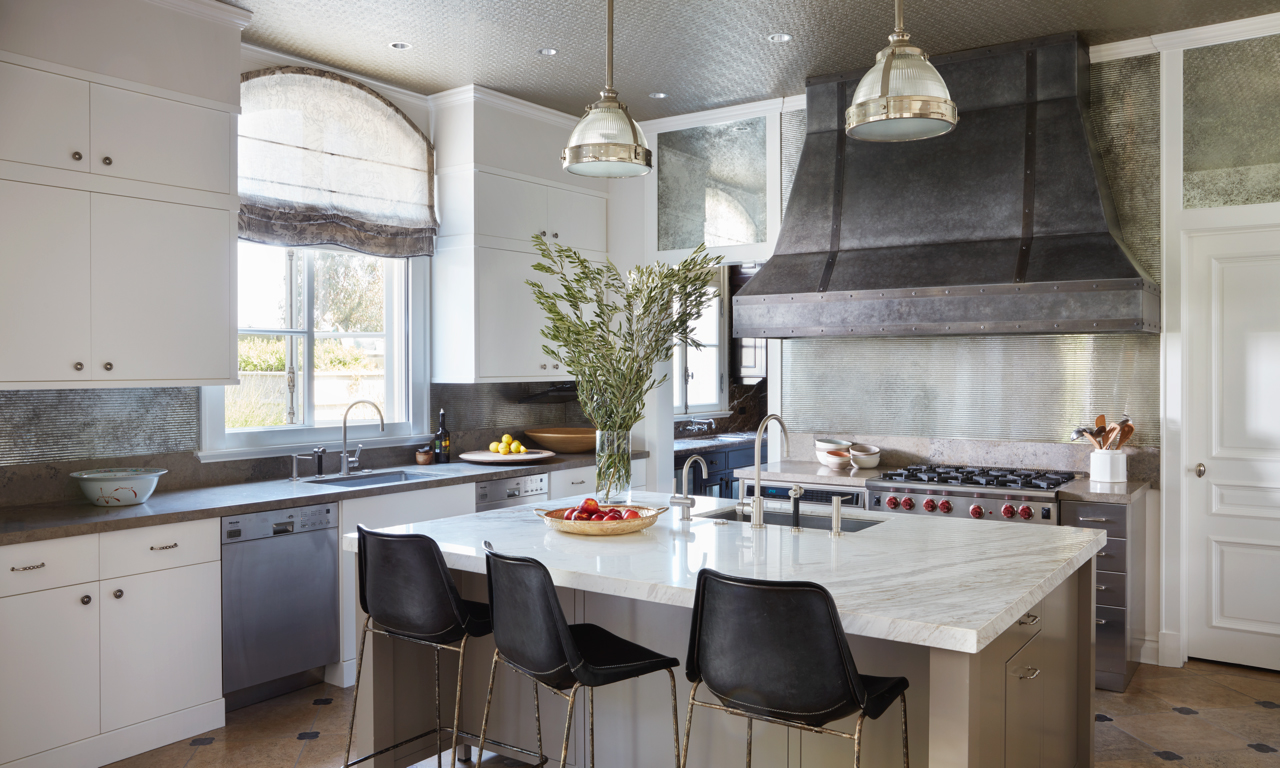 Two-tone cabinetry works best when the island is another color or material from the main kitchen; it then reads as a piece of furniture and breaks up the mass of the kitchen.

We have designed islands to incorporate almost everything: seating, bookshelves, warming drawers, dishwasher drawers and a baker’s table done at a lower level and in white marble to roll out dough. Sometimes, rather than designing one huge island, we have done two.

Creating storage is a priority. Building up as high to the ceiling as possible is great. I shy away from built-in banquets unless the space allows for a table where one could not otherwise be placed. A built-in of that nature lessens future flexibility in the space without redoing the kitchen.

Is a Huge Island a Must-Have?

Huge isn’t always better or more luxurious. Sometimes, it’s even better to do two islands; this also adds flexibility, and it’s easier to walk around two smaller islands than one huge one. Islands do need to be functional and work in the workspace, but they shouldn’t be so overwhelming that they turn into Bongo’s Dream House with too many bells and whistles.

I believe that if the kitchen maximizes the space in a functional way, an island is not needed. However, it is what homeowners and buyers are looking for today.