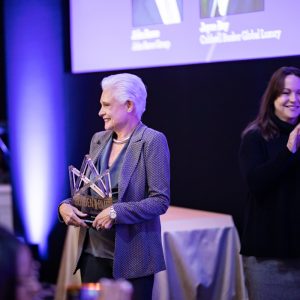 Legendary Beverly Hills real estate professional and member of the Coldwell Banker Global Luxury® program, Joyce Rey, has been inducted into the first class of the Inman Golden I Club Hall of Fame. Rey was one of only two inductees to the Golden I Club Hall of Fame and the only real estate agent, chosen out of over 80 nominees from around the world. 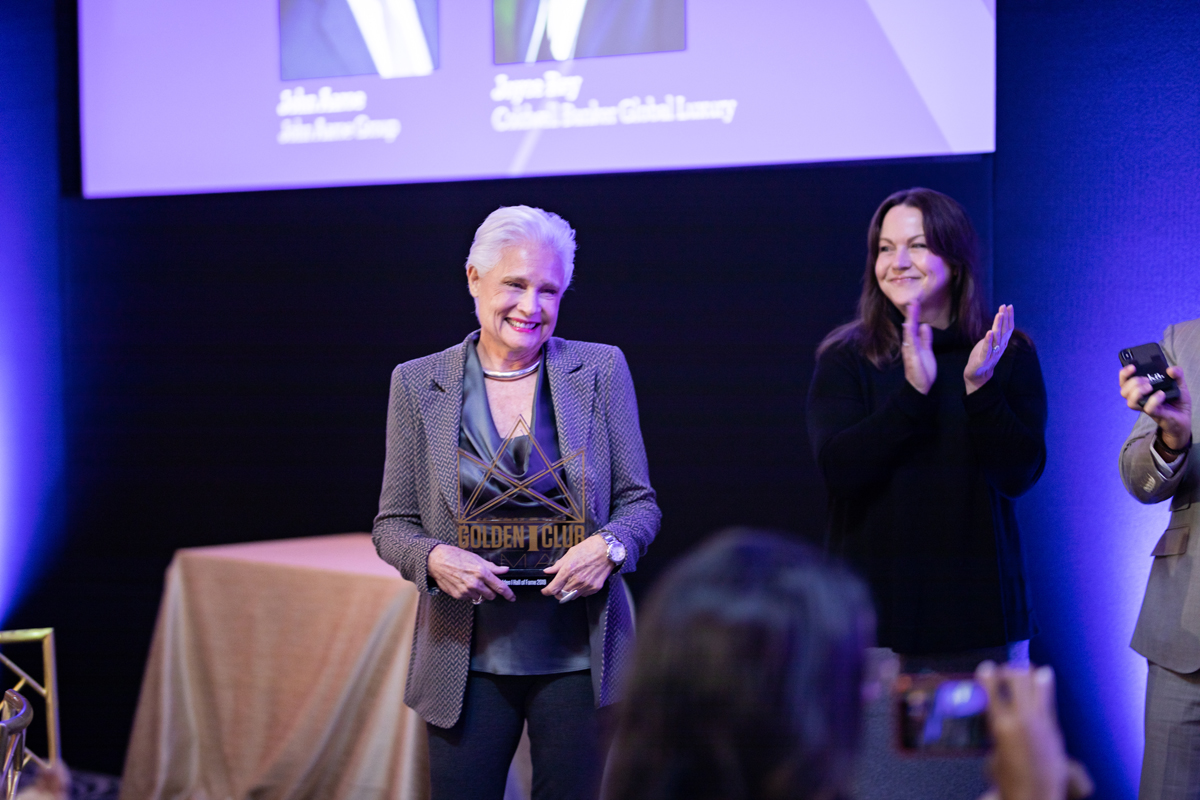 The Inman Golden I Club is “nothing less than the highest honor in luxury real estate,” according to Inman. The Golden I honors the top luxury agents and brokers and the most innovative luxury home and new development marketing campaign of the past year, as well as the top luxury deals in cities, beaches and mountains.

Rey took a lot of pride in the award, noting: “It is an extreme honor to be part of an inaugural program of such importance in our industry.  I have an energetic spirit and am always committed to excellence in everything I do. I could not have achieved this honor without my wonderful clientele, fabulous staff and colleagues, and sensational friends and family.”

Ryan Gorman, President and Chief Executive Officer of NRT (a division of the Coldwell Banker® brand), added: “Joyce not only embodies the consummate luxury real estate professional, but her generosity of spirit is as legendary as her sales career. She has taught so many so much — including me — always seeking nothing in return but for all of us to pay it forward.”

Craig Hogan, vice president of luxury for Coldwell Banker Real Estate LLC, was also proud of Rey’s accomplishment, especially given her long-time contributions to the real estate profession. “Joyce is one of those professionals in our industry who lead and give effortlessly,” he said. “She is genuine and helpful to all, which is a rare quality to encounter in a competitive industry like luxury real estate.”

Rey is known as one of the most influential figures in the real estate industry and has been described as the “First Lady of Luxury Real Estate.” Over her 46-year career, Joyce has mentored others, been a passionate philanthropist and has truly set the standard of customer care, making her the ideal inductee for the Inman Golden I Hall of Fame.

As one of the most respected names in top-tier real estate worldwide, Rey has amassed more than USD 4 billion in career sales. Rey continues to break records and represent some of L.A.’s most iconic estates.

With a dazzling list of accolades, awards, and sales records, she is known, most of all, for her incomparable knowledge of the luxury marketplace, her acute ability to negotiate even the most complex transactions, and her particular talent for putting clients at ease. It is Rey’s commitment to “integrity, innovation, and attention to detail” that has led to her iconic status. Along the way, her name has consistently been included on “best of” lists for both her real estate production and her personal and professional influence. Again and again, she has topped records—including some of her own—for highest sales price ever.

Among her accolades, Joyce Rey was designated one of “The Los Angeles 500 Most Influential People” by the Los Angeles Business Journal, named the “First Lady of Luxury Real Estate” by the Chinese media, described as the “Billionaire’s Broker” by The Hollywood Reporter, and called the “Grand Dame of Real Estate” by the Los Angeles Times. Joyce is also ranked in the Top 20 Luxury Brokers in L.A. County by “The Real Deal” Los Angeles. Her experience and insight into the high-end market is frequently sought and quoted by the media, such as Forbes Magazine, The Wall Street Journal and the Today Show. She has appeared on many TV shows, such as E! Entertainment News with Michael Corbett, CNN’s Money Shot, and multiple foreign television shows. With nearly 50,000 followers on Instagram, her social media prowess is matched only by the ease of her classic one-on-one personal service and discretion.

Despite the demands of her business, Joyce remains passionately dedicated to civic and philanthropic projects. She serves on the Southern California Executive Board for UNICEF, the Los Angeles Library Foundation Advisory Board, and the Coldwell Banker Community Foundation Board. She has also been actively involved with the Music Center’s Blue Ribbon and their board, the St. Joseph’s Center for the Homeless, and Children Uniting Nations. Joyce Rey has been honored by the National Women’s Political Committee, the Anti-Defamation League, the American Cancer Society, and a lifetime achievement award from the Los Angeles Board of Realtors. She is actively involved in the Women Presidents’ Organization and has long been an invited member of the prestigious Trusteeship of the International Women’s Forum.

More information on Joyce Rey can be found at joycerey.com.