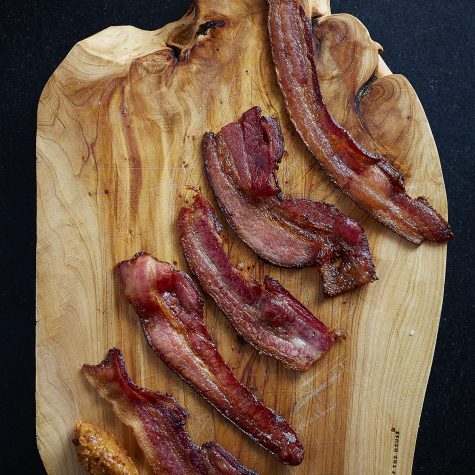 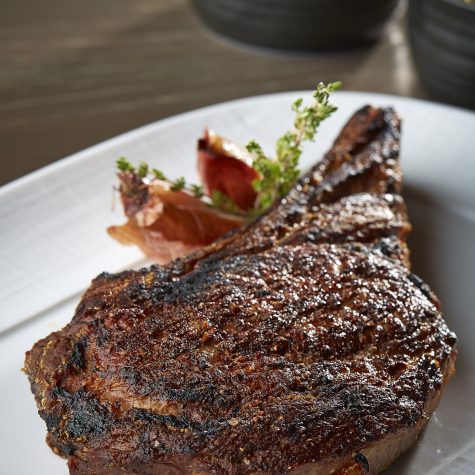 Google Chef John Tesar. We dare you. He dares you. Partly because he knows how much juicy stuff there is out there. Also, because it’s mostly true, or at least it was in some form in some moment in time, as interpreted by whomever bore witness. For Tesar, everything that has happened in his 57 years becomes part of his history, his legacy — and good, bad, ugly or delicious, it’s certainly never boring.

Self-awareness is a good thing, and Tesar lacks for none. He’ll gladly regale you with tales of his missteps and nosedives, recognizing a bad deal that tanked his career in New York in a “It had to happen like that for me to be here now” kind of way. After his storied rise — and then well-documented fall — on the East Coast, Tesar has become a mainstay on the Dallas dining scene, but that also hasn’t been without its challenges. In the past year, he notably severed his relationship with Aphelia Restaurant Group, walking away from partnerships in successful Dallas-Fort Worth restaurants El Bolero, Oak and Royale Burgers — an experience he says taught him as much about what he doesn’t want (to work for someone else) as what he does (to do it his way). 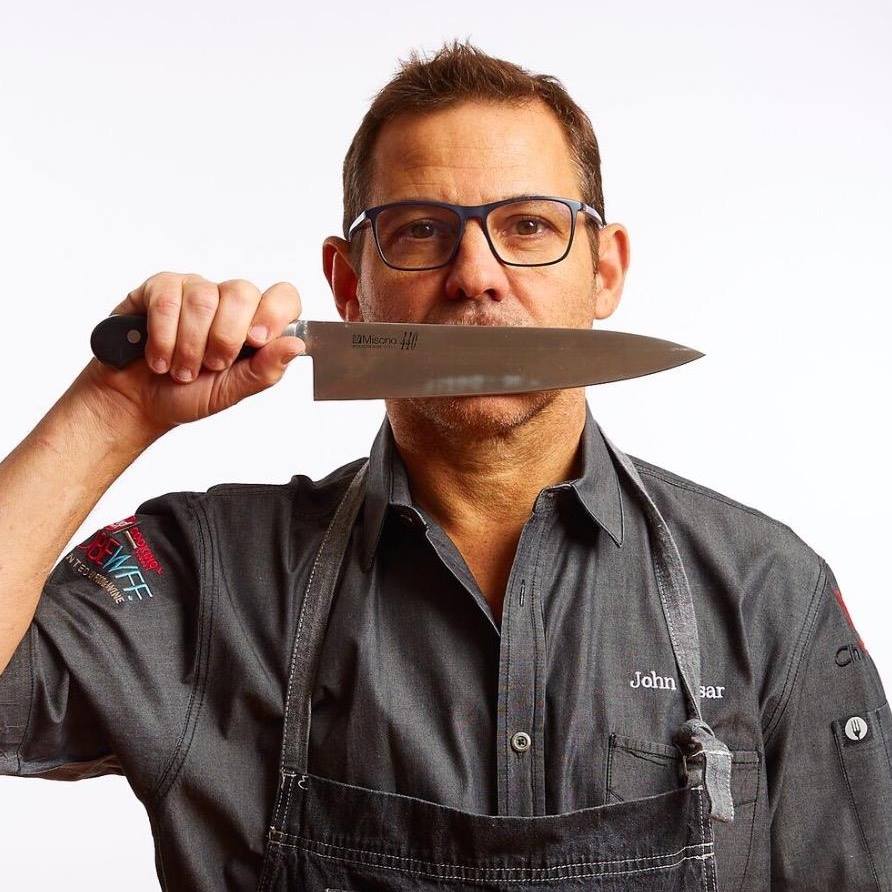 He’s proven he knows what he’s doing at Knife; his modern Dallas steakhouse is more popular and more renowned than ever, having been recognized as a “Best of” by everyone from D Magazine to Esquire to Zagat to Maxim. The restaurant’s Ozersky burger inspired both a hilariously profane rant from the Dallas Observer’s food critic because it “ruined burgers for me,” as well as its own restaurant, Knife Burger, coming to Plano, just north of Dallas, next year.

The three-time James Beard “Best Southwest Chef” semifinalist became a household name, even among those who haven’t eaten at one of his restaurants during Season 10 of “Top Chef,” when he was quickly branded a troublemaker and was eliminated in Episode Nine. But the sparkle in his eye, and in his food, also earned him a following and an invite to Season 14 of the the show, which kicks off December 1 with a format pitting eight returnees against eight newbies. Are we going to see some more Tesar troublemaking? The season preview does tease a confrontation. Or will the wiser, more relaxed Tesar of late prevail? While he wouldn’t spoil the season for us, Tesar did give us plenty of fodder and even more reason to watch what we already had DVR’d in Part One of our two-part interview.

We’re focused squarely on “Top Chef” today, with as much of a preview as Tesar could share and some of his philosophy woven in, since it’s hard to separate the man from the mouth — whether you’re talking about what’s coming out of it or what’s going into it. We’ll be back with Part Two next week, to break down any recent developments and delve deeper into the psyche of the man who’s been called the “Sharpest Knife in the Kitchen,” the “Most Hated Chef in Dallas” and now, “Fan Favorite.”

It’s been a few years since you did “Top Chef,” Season 10, and a lot has changed since then. Why go back?

I wanted to do it badly, because I didn’t do well the first time. It’s bizarre that I got so much attention and was perceived as a troublemaker. I know I’m bold and always reaching for my own truth. I do it for myself. I don’t want to get caught up in BS-ing myself; I’ve been through that already. I live as an open book now. I couldn’t imagine what it would be like to be a “real” celebrity and have to watch every word I say. There’s not enough money in the world to make me want to live like that.

So will we see any of the “Bad Boy Chef” this season?

I don’t think I gave them a lot of bad-guy stuff. There were confrontations, as there always are on this show, but they were honest, and, in my mind, I prevailed. For me, I feel it’s a season of redemption; I made it that way. And to be clear, redemption doesn’t mean winning. It just means going in there and being able to do good work, make good food and give people a different perception of who I am this time.

How important is that perception? You’ve built a career on the idea that what other people think is unimportant — unless it’s about your food.

It’s become less important to me over time, but I’m a social animal, like a lot of us. And I’m not an a-hole. I do a lot of charity work, I’m a great partner and boss, I keep my staff happy, Knife runs efficiently and I’m a great father. Those are the things that are important. At the same time, I’m outspoken, and when I’m given an opportunity, I take it. I’m living my life to the fullest, and if that offends anyone, I’m sorry.

I’ve been in the restaurant business since I was 17 years old. I’ve had my successes and my failures, and I’ve learned from both. It’s hard to reinvent yourself again and again and stay relevant and always be good at what you do. I’ve tried very hard to balance all of those facets. The missing equation from some celebrity chefs is that they become famous and forget what got them there. I don’t know if I can do that. I know I don’t want to. I asked for this notoriety, this profession, and there’s a certain amount of dignity and respect I owe to it. Going on “Top Chef” — it’s a competition and a TV show, but it’s something I take very seriously.

Anything you can tell us about this season?

I’m a fan of the show, and this is the best season ever. I would watch this this season even if I wasn’t on it, because the veterans against the rookies is awesome. It’s amazing putting all those chefs into a room. I don’t know why a first-timer would want to compete against all these people who’ve been there before. Shirley [Chung] and Brooke [Williamson] were finalists in their seasons. How do you like being up against them every day? There are so many layers to the game.

What was it like Episode One? Did it take a minute to get in the groove?

The first episode is quite special for me; everyone is going to love it. Last season, the show tackled marriage equality, marrying 25 same-sex couples. This year, we’re in South Carolina, and we tackle racism and slavery and black culture in American food. This should be an Emmy season, just based on our location. We cover some serious issues about the Deep South, but food-related with respect to history.

You have a personal connection to some of the issues that were raised, no?

My mother was a teacher who helped integrate the schools and who marched in Selma, Alabama. Growing up, I had groups of people burning flags outside my house. I saw some terrible stuff, and I’m honest about it during the season, but I don’t think non-African Americans can really speak to racism. Unless you’re the one experiencing it, you don’t know what’s it’s like.

What it was like emotionally to be back in the competition?

It was cathartic for me, and it made me very reflective. “Top Chef” for me is almost like group therapy, seeing how people view you and mirror you. It’s not always therapeutic when it come to the actual competition, though.

Looking back, what was your undoing in Season 10?

In Season 10, the personalities are what got to me. I almost had to get out of there. I had a bad day, and it happened to be during the first sudden-death quick fire ever, and my dish was terrible. That’ll wear on you — going home for a quick fire. “Top Chef” is all about that day and that dish. You either dodge a bullet, or you go home. And the sudden-death quick fire is back again this season!

Love you or hate you, people remain drawn to you. Why is that?

I don’t know whether fans like me or just want to watch the raw, open book. “What’s he going to say next?” When you’re this open, you do tend to step on your own feet. I try to let people be; I learned that on the first “Top Chef”: to cook good food and try to filter out as much noise as possible.

To feel comfortable in your own skin under that kind of adversity is tough. “Top Chef” is hard. But I came to it this time with no attitude. That’s what I learned from being down and out earlier in my career. Adversity is the best gift you can have in your 20s and 30s. It gives you passion and perspective if you overcome it. I’m lucky. I’m healthy. I’ve survived all my own stupidity … as of today.

John Tesar: The Return of the Top Chef, Part 1

John Tesar: The Return of the Top Chef, Part 1