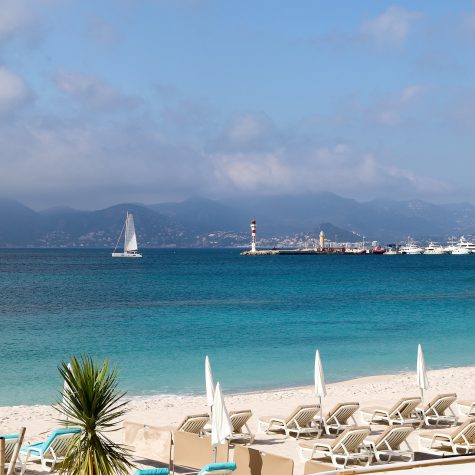 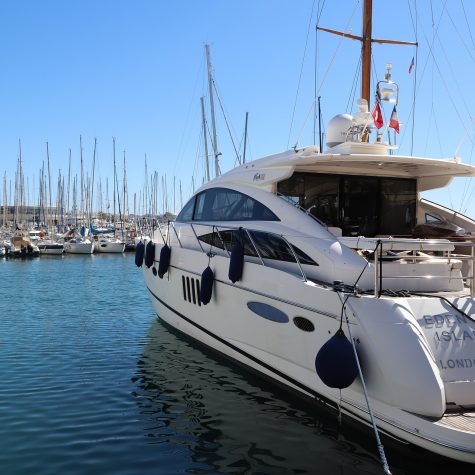 Is the Cannes Film Festival about the movies or the fashion? Is it the parties or the yachting?

What officially began in the late 1940s is today the most prestigious event of its kind in the world. Over the decades, the festival has grown in both attendance and prominence, and despite the fact that “film” is right there in the festival’s name, that’s only part of its allure. From megastars ascending the red-carpeted stairs to starlets in their couture finest to, of course, the movie premieres that draw both standing ovations and boos (a Cannes tradition), the festival is one fun, fancy, festive fortnight.

The 71st Cannes Film Festival begins tomorrow, and we’re highlighting what you can expect over the 11 days that follow.

When it comes to the actual movies, the Cannes Film Festival is not the Academy Awards—or the Screen Actors Guild Awards or the Independent Spirit Award or the Critics’ Choice awards, for that matter. For all its glam spectacle, the festival takes itself quite seriously when it comes to film. The Palm d’Or is the most prestigious of all Cannes awards (even more so than “Festival Best Dressed”), but that doesn’t mean the winning movie will be a fan favorite or commercial success outside the festival, or that it will even see wide release.

Yes, past winners include Apocalypse Now and Pulp Fiction, but they’re sprinkled among a long list of films that you’d have trouble identifying in a trivia contest. That is somewhat by design, as the festival seeks to find that elusive blend of arthouse-worthy and wide audience acceptance. Notable films trying to toe that line in festival competition this year include:

Burning—The first film from festival fave Lee Chang-dong in eight years is one of the festival’s most highly anticipated entries.

The House That Jack Built—This graphic serial-killer tale starring Matt Dillon and Uma Thurman marks the return of Lars von Trier—who was banned from Cannes after making Nazi jokes at a press conference for Melancholia in 2011.

It’s also of note that Ron Howard’s Solo: A Star Wars Story and the remake of Fahrenheit 451 starring Michael B. Jordan are both set to premiere at Cannes in the “Out of Competition” category, for films that the selection committee feels are worthy of recognition but that don’t necessarily fit the stated selection criteria.

What is Cannes without the celebrity-laden parties? The festival is known for glamorous gatherings that attract an A-list crowd. From actress Eva Longoria’s star-studded charity event, to the Belvedere party, the annual fete hosted by the upscale vodka brand, to the DeGrisogono Dinner and Party, always a well-attended affair put on by the Swiss jeweler, there is no shortage of grand galas during Cannes.

The Vanity Fair Party is one of the highlights of the post-Academy Awards evening, and an invite is equally coveted here. The American Foundation for AIDS Research (AmFAR) Gala is a black-tie affair that is celebrating its 25th anniversary at Cannes this year. Held at the famed Hôtel du Cap-Eden-Roc, it’s the hottest ticket in town every year, and one attendees can be proud of attending; the event has raised more than $210 million for the fight against AIDS over its history. This year, Pharrell Williams is performing and Heidi Klum and actress Milla Jovovich will serve as chairs.

In the archives of Cannes fashion, there are iconic moments like Princess Diana’s ice blue Catherine Walker dress in 1987 and everything Sophia Loren ever wore to the festival. As with any uber-glam event with a fashion bent, you never really know who will captivate the crowd, as Lupita Nyong’o did with her 2015 red carpet debut in green Gucci Première, or Indian actress/former Miss World Aishwarya Rai’s Cinderella moment from 2017.

So seriously does the festival take its commitment to fashion that it enforces a rather strict black-tie dress code—albeit, one that has been broken many times, like when Madonna’s Jean-Paul Gautier bra was revealed on the Croisette in 1991 and when a bevy of stars made a statement about the all-but-banned flat shoe a few years back; the Sicario premier in 2015 saw Benicio del Toro, Josh Brolin, and the film’s director, Denis Villeneuve, sporting high heels in protest, and the following year, Kristen Stewart, Julia Roberts, and Susan Sarandon all showed up in bare feet. Mandate(ish) notwithstanding, you’re far more likely to see red soles on the red carpet, anyway.

When you’re not seeing starlets sauntering into a premier or at one of the many parties, you may just spy them on a vessel. The Port of Cannes is footsteps from the Palais des Festivals, the six-story modernist convention center that plays host to the festival, and that makes the superyachts lining the Jetee Edouard Albert the festival’s playground.

Expect to see some of the world’s largest and most luxuriously appointed yachts for charter and/or purchase. You can also bet on at least one Kardashian and a bevy of Millennial models lounging on the sundecks and attending soirees on the sea.

The winner of the Palme d’Or and the festival’s other major prizes is picked by a jury of hand-selected film industry authorities. This year’s Jury President, actress Cate Blanchett, is only the 11th woman to serve in the role; other female film stars who have served as jury president include Olivia de Haviland, Sophia Loren, Ingrid Bergman, Jeanne Moreau, and Isabelle Huppert. Blanchett will provide over a jury that includes directors Ava DuVernay and Denis Villeneuve and actors Chang Chen and Kristen Stewart.