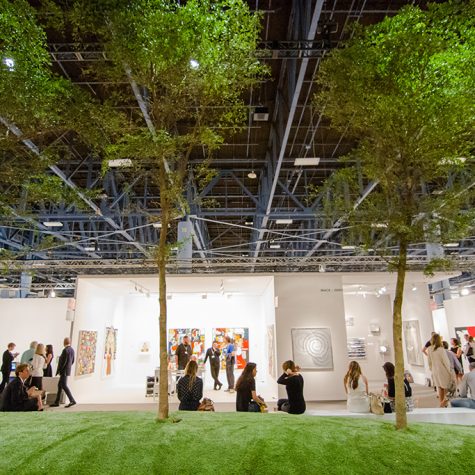 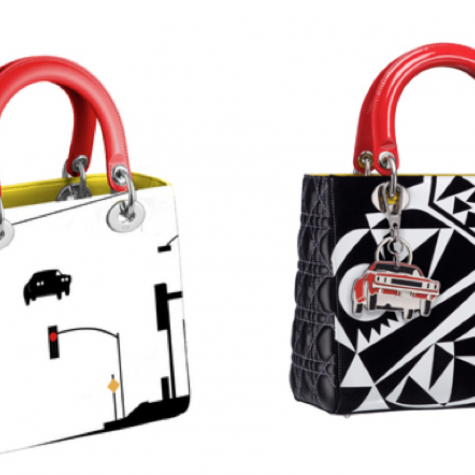 It’s not the kind of email Matthew Porter expected to receive. Not on that afternoon and not at all, really. The New York-based photographer known mostly for his “flying car photos,” as he calls them, was working on his photography, just like any other day. And then he opened his email.

It was Dior calling.

What happened next was a series of unexpected and surprising events leading up to Porter’s inclusion as one of the seven artists — fellow Americans Daniel Gordon and Chris Martin and Brits Ian Davenport, Jason Martin, Mat Collishaw and Marc Quinn are the others — tapped to create limited-edition, modern art versions of the Lady Dior bags. 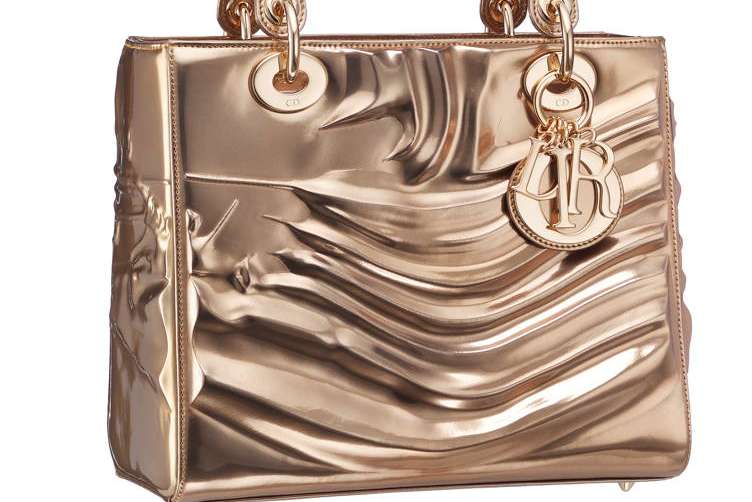 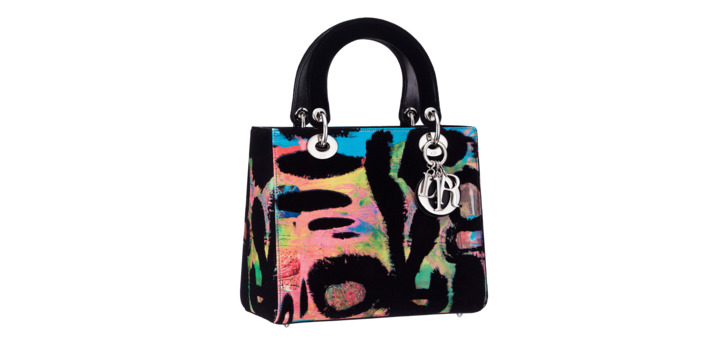 The collection, inspired by each artist’s unique vision for the iconic handbag, is being unveiled on November 29 at Art Basel in Miami, with a Beverly Hills pop-up boutique featuring the $3,500 to $6,000 bags from December to March. 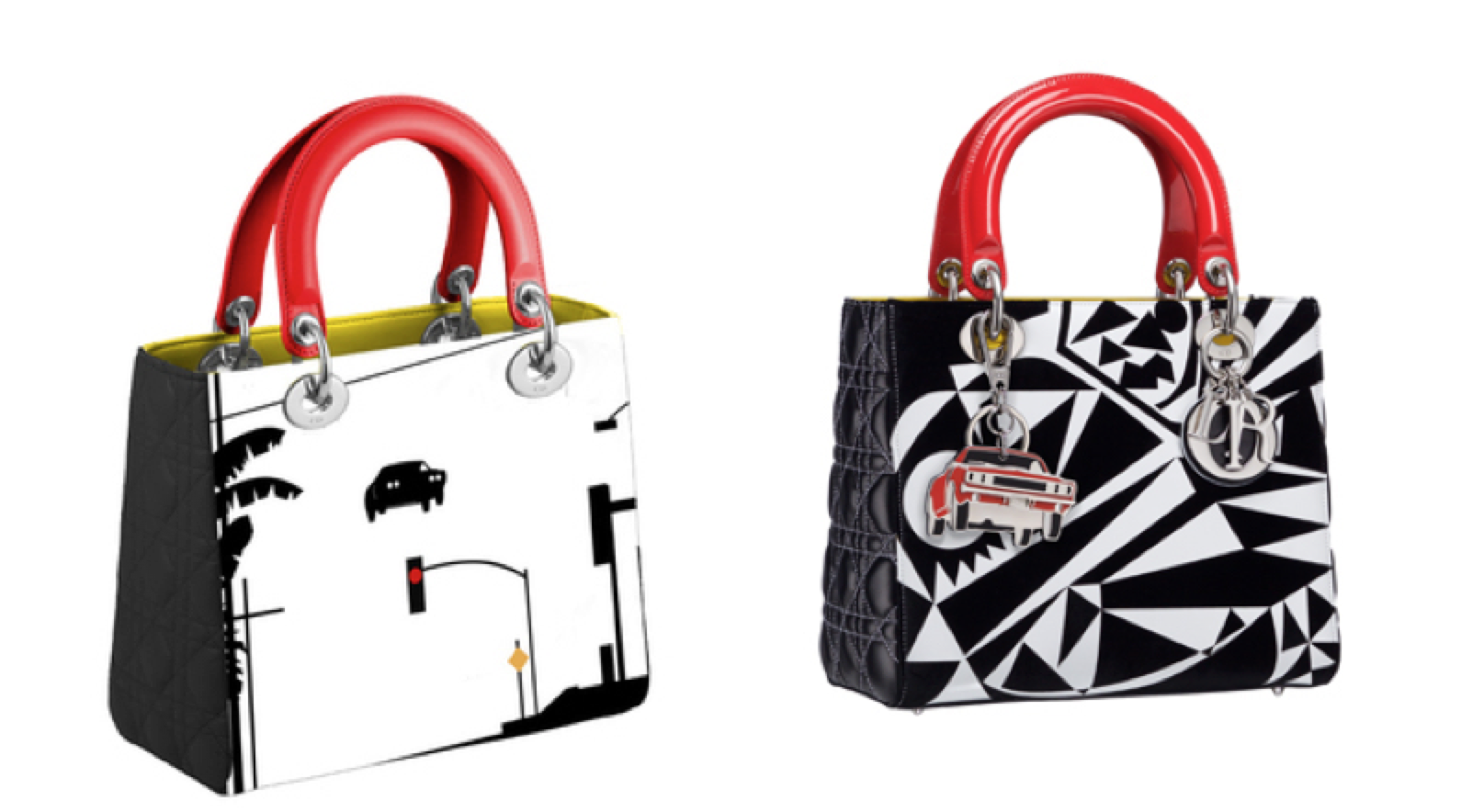 We talked to Porter about what it means to be affiliated with the Dior name, what it was like realizing his design had been chosen and the specific design process of his bag — a two-sided standout with graphic and representational images and marquetry techniques in a palette of black and white with pops of red and yellow.

So, how exactly does one come to collaborate with the House of Dior?

My understanding is that a French art consultancy spent some some time looking at artists in the states and in Europe, and happened to be in Los Angeles at some point at the same time I had a show there. They passed along my name to Dior. That’s all they ever really told me; it’s always been a bit of a mystery.

And you really found out they were interested in working with you by email?

Yes, a cold email. It was basically: “Do you want to design a bag for Dior? Please respond right away, and send us some designs.” I thought, “It must be spam!” I don’t know that I really started taking it seriously until about the second or third email.

I thought at first that maybe I was one of 100 artists submitting a design or that I had been invited to participate in a contest. And I thought I was a longshot, because I’d never made or produced objects like this in the past. Also, my connection to fashion is pretty tenuous. I had a lot of visual imagery in my work, and they must have seen something in it.

What happened after the first email?

My work is pretty varied, so I tried to cover all the bases and sent them several designs. There were three or four renderings in Photoshop and a number of sketches. They always responded positively to what I sent them, and it kept going to the next level.

At what point did it become clear that you’d been chosen as one of the artists who would be creating an actual bag for Dior?

They had let me know that someone from Dior wanted to come to my studio and asked for my availability. At this point, I still wasn’t sure that I’d been chosen and that they would be moving forward with the design.

They brought a carry-on case with them, and they opened it, and — holy cow! — there’s my bag! It was a real-life sample of the bag I designed, fully fabricated, along with a number of fabric and stitching options. That’s when it got really exciting. I make photographs that hang on the wall. I don’t work with fabricators very often, so not only was it a fun, unique challenge, but it was also amazing to see my little Photoshop drawing turned into this beautifully crafted product.

What inspired the design of your bag?

The images I’m best known for are my flying car photos. So I thought one of the bag designs should involve some iteration of those images. I knew I wanted to use black and white leather and to make the image from the material and have it stitched like a bag instead of printing the photos on the surface. I thought seriously about the design and composition of the bag from the ground up. I had photos open on my computer desktop, and I took elements I liked from my favorites and drew up a graphic representation of that. On the other side, I wanted to counter with an abstract pattern I’ve used. The bag offers two conversations, two ideas. 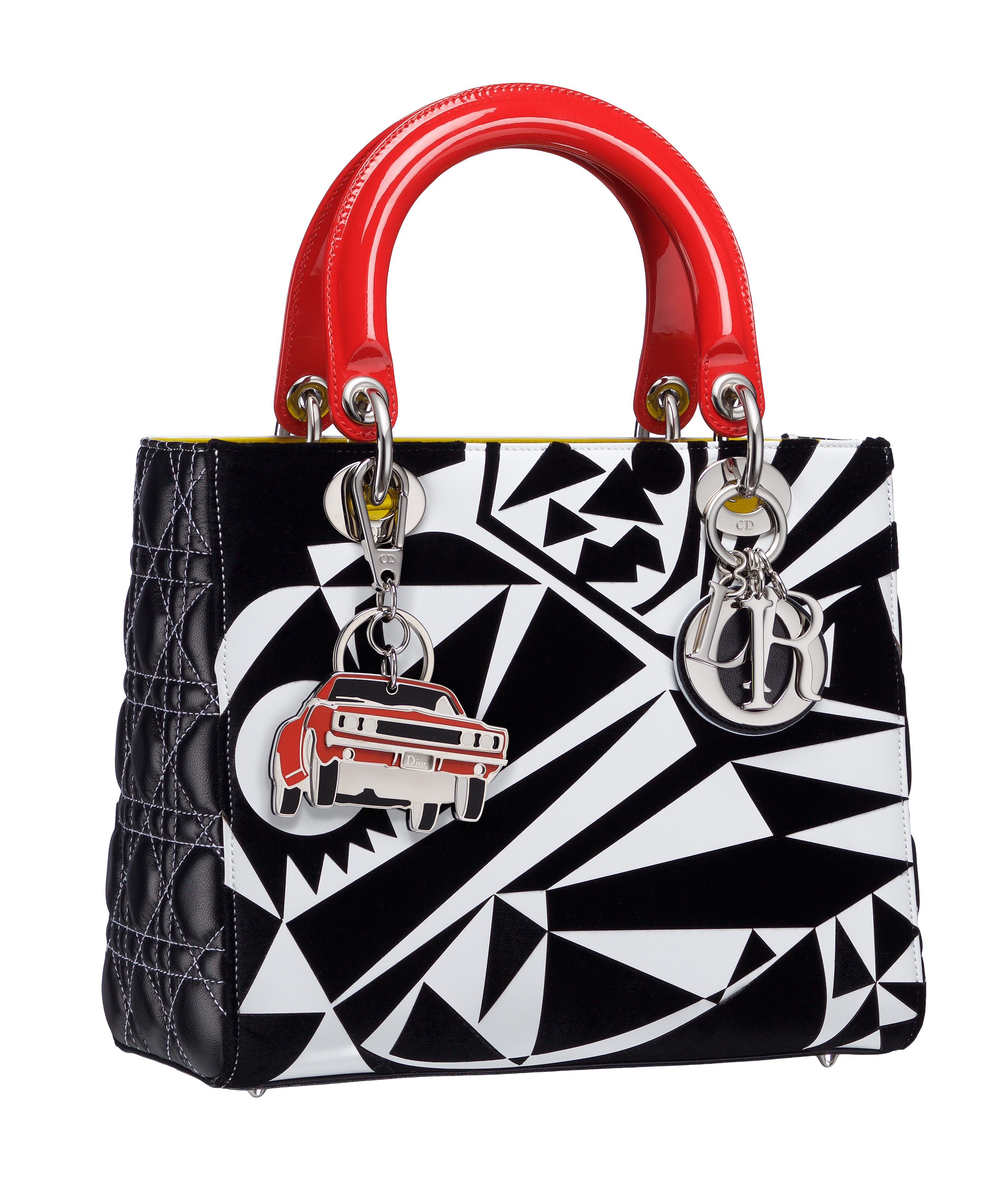 Was there ever a conceptual conversation between Dior and you?

It was just design related; never a conceptual conversation. It was really just about the fact that they liked my work, which was so flattering. They’re Dior! They were very trusting … and the natural reaction to that is to become suspicious; you think, at some point, “This is bound to fail.” Because, again, it’s Dior. And because they weren’t asking a ton of questions. It was a very pure, very surprising and satisfying experience.

How close is the fabrication they showed you to the finished product?

Prior to their arrival at my studio, I still thought the designs were under review. My originals were sketches, so, seeing the fabrication and realizing what they could do with the stitching — how they could directly translate my Photoshop drawing — I wanted to tweak the design and pattern to give it the same level of compositional detail the photos have. For instance, the leaves on the finished bag are much more detailed now.

Now that you’ve been through this experience with Dior, are there plans to create more products like this?

There’s no thread that connects the commissions that I’ve done. That’s the fun thing about the art world right now — you never know what kind of conversations are going on behind closed doors. If all are as enjoyable as this, I would love to do more. I really appreciated the entire process. Their designer was very generous and very collaborative.

Will you be in Miami at Art Basel for the unveiling of the collection? How about in Los Angeles for the pop-up store?

I will be in Miami. My itinerary just provides the place and time, so it’s as mysterious as the rest of the process has been! There’s a good chance I will also be in L.A.

Outside of your involvement with Dior, what are you working on?

I just had a show open in New York, part of a group featured at the George Eastman Museum in Rochester, and I have a solo exhibition coming up at Invisible Exports in Manhattan.

Inside Art Basel: Designs on Dior

Inside Art Basel: Designs on Dior