Coldwell Banker® , and its luxury marketing program, Coldwell Banker Previews International®, place great value on history. It’s in our roots, first beginning with a seed planted by Colbert Coldwell in 1906 and later with Henderson Talbot’s vision for using cinema to market fine estate properties in 1933. That is why, for this Independence Day, Previews Inside Out decided to pay homage to several historic American properties currently on the market. From a $22 million New England estate with links to an American publishing empire to a designated historic landmark in San Diego, these properties and their former owners have an enduring quality about them, as they live on in history books, journals and writings. If nothing else, they serve as inspiration for remembering and honoring our freedoms tomorrow, and giving thanks for all of the luxuries afforded to us.

The Oaks, a 9.41-acre estate set on its own private peninsula in Cohasset, Massachusetts, is steeped in history to say the least. For more than a century and a half, only three families have called it home: 1) Lawrence Barrett, a 19th-century actor who played Othello opposite Edwin Booth’s Iago and served as a captain in the Civil War; 2) Clarence Barron, a Bostonian who purchased Dow Jones & Co. in 1902 and is long considered to be the founder of modern financial journalism; and 3) the Bancrofts, whom Barron’s stepdaughter married into and became heirs to Dow Jones and the publishing empire. What could be more American than that?

The Governor Dudley Mansion, built in 1825, was home to North Carolina’s first elected governor, and also owned by Sarah and Pembroke Jones who many suggest the term “keeping up with the joneses” was coined after. Bordered by shady tree lined historic district and sidewalk streets, the estate was brought back to life in 2005 and updated with all the conveniences of modern day living. Dreaming of sitting in a rocking chair on that front porch with a mint julep in your hand yet?

And what if you could own a real historic landmark? This luxurious and private three-bedroom home  in San Diego’s La Jolla community offers just that sort of opportunity. As a designated historic landmark, the residence is protected under The Mills Act Historical Property Contract Program, which “allows qualifying owners to receive a potential property tax reduction and use the savings to help rehabilitate, restore and maintain their buildings.” Built in 1936 for Captain Johan Johanson and wife Grace Scripps (daughter of James E. Scripps, a well-known philanthropist and newspaper publisher), the 4,853 square-foot home rests on two lush lots and has been restored to it original grandeur and updated with modern conveniences. Details throughout the three-level home, such as portholes, pay homage to the Captain’s maritime life.

The beauty of Henry David Thoreau’s Walden Pond need not live only on the page—it also lives on this grand and historic 24-acre farm in Concord, Mass.  Set along the banks of the Sudbury River with 850 feet of river frontage and a boat launch, the home’s scenic land and riverbanks are seemingly untouched since the days when Thoreau described them in his journals and are surrounded by hundreds of protected acres stretching to Walden Pond. The 7,432-square foot residence has been thoughtfully updated and maintained through the years, while preserving authentic details from its past. A little piece of history, indeed.

What do you think? Are these properties made for the history books? 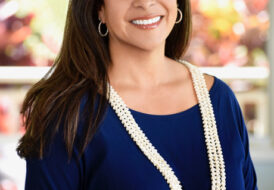 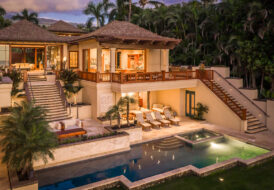 House Tour: The Falls in Telluride 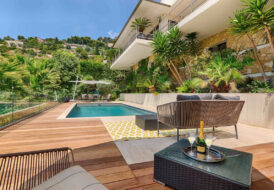 Vacation Villas That Whisk You Away to the Mediterranean