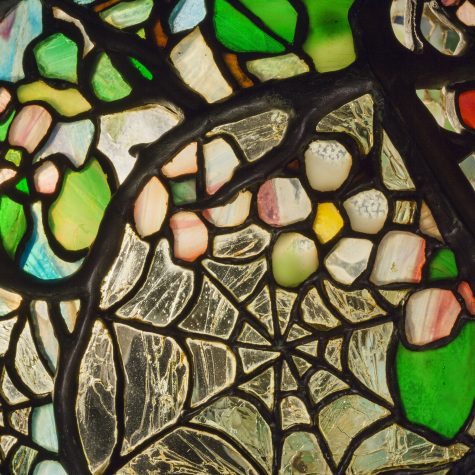 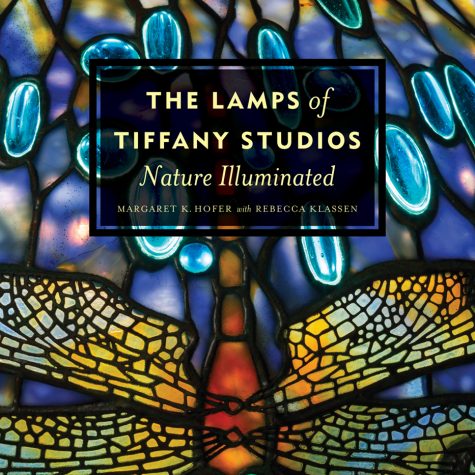 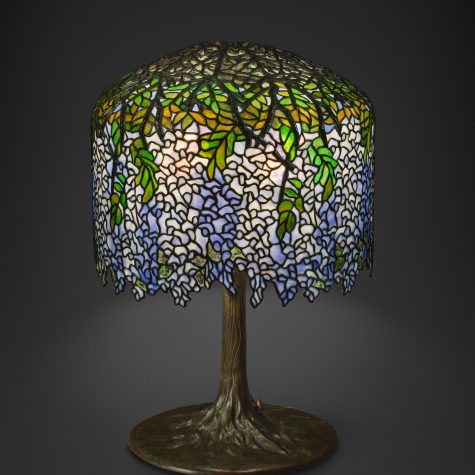 “Wisteria twists and curls with grace, peonies explode with color, and dragonflies dance with the light…”

On 1stdibs, they sell for nearly $75,000. At an antique shop on East 57th, collectors and followers of the Art Nouveau movement are willing to shell out even more for a chance to own the intricate and brilliantly colored masterpieces. Yes. Louis C. Tiffany’s lamps and chandeliers have easily become one of America’s most iconic pieces of lighting.

“Indeed, ‘Tiffany lamp’ has become a generic term for a vast array of leaded glass shades, from the lamps by Tiffany’s competitors to the handiwork of hobbyists to the pale imitations that sprouted in fern bars across the country from the late 1960s through the 1980s,” writes Margaret K. Hofer, who is vice president and museum director at the New-York Historical Society, where she has been a curator for more than two decades. “They reflect the genius of one of the era’s most celebrated artists, as well as the prodigious talent of designers who worked in anonymity to fulfill his aesthetic vision. Together, they married art and industry to bring the beauty of nature into the American home.” 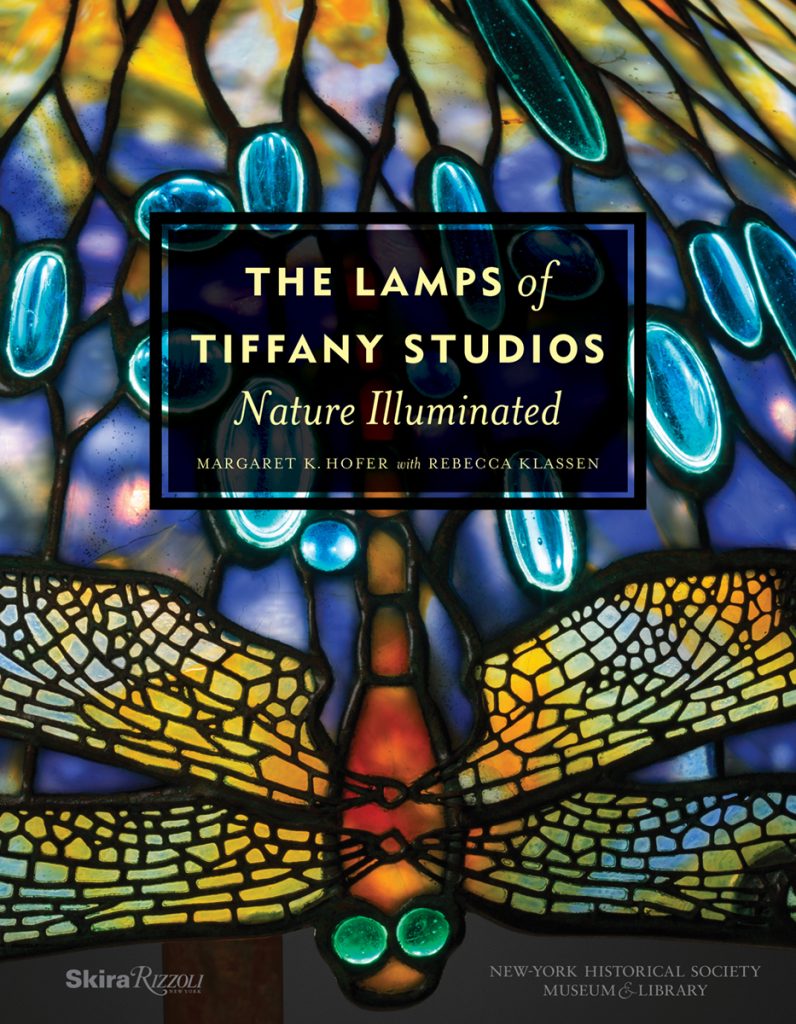 Their timeless beauty is explored in Hofer’s new book, “The Lamps of Tiffany Studios: Nature Illuminated,” (Rizzoli, $29.95), set to release on October 11, 2016 to coincide with the New York Historical Society’s forthcoming opening of a 3,000-square-foot, two-story space that will display about 100 Tiffany lamps. Expected to open in early 2017, the new gallery space is designed by architect Eva Jiřičná, and puts the Tiffany firm’s most famous lamps on display in a darkened gallery for maximum dramatic and glowing effect. The lamps came from a single collector, Dr. Egon Neustadt, who began collecting Tiffany lamps in 1935. Many of these rare and one-of-a-kind creations have been newly photographed for Hofer’s book to reveal the glass and metalwork which has “never before been seen in print,” according to Rizzoli.

In her book, Hofer traces the legacy of Tiffany Studios, named after the painter-turned-art-glass-designer. (Tiffany himself also earned considerable success as an interior designer. Among his most famous projects were the Mark Twain House in Hartford, Connecticut and the White House, where he redecorated the East Room, the Blue Room, the Red Room, the State Dining Room and the Entrance Hall for President Chester Alan Arthur in 1882.) Fueled by a desire to focus on art in glass and a fascination with color, Tiffany established his own glassmaking firm in 1885. He was an innovator for his time and a master marketer too who knew how to create lamps and deluxe products that appealed to the wealthy Gilded Age elite. The studio maintained elaborate showrooms across New York, writes Hofer, and “retailed its products at luxury emporiums around the country, including Marshall Field’s in Chicago and J. E. Caldwell in Philadelphia. Regular advertisements and brochures promoted the lamps’ artistic merits, distinctive qualities and the wide range of models suited to numerous interiors and budgets.” He also employed a rotating team of female artisans called the “Tiffany Girls,” which included Clara Driscoll who was responsible for the now-iconic Dragonfly lamp design.

In advance of the book’s release, here is a preview of six of Tiffany’s most enviable and historic lamps: 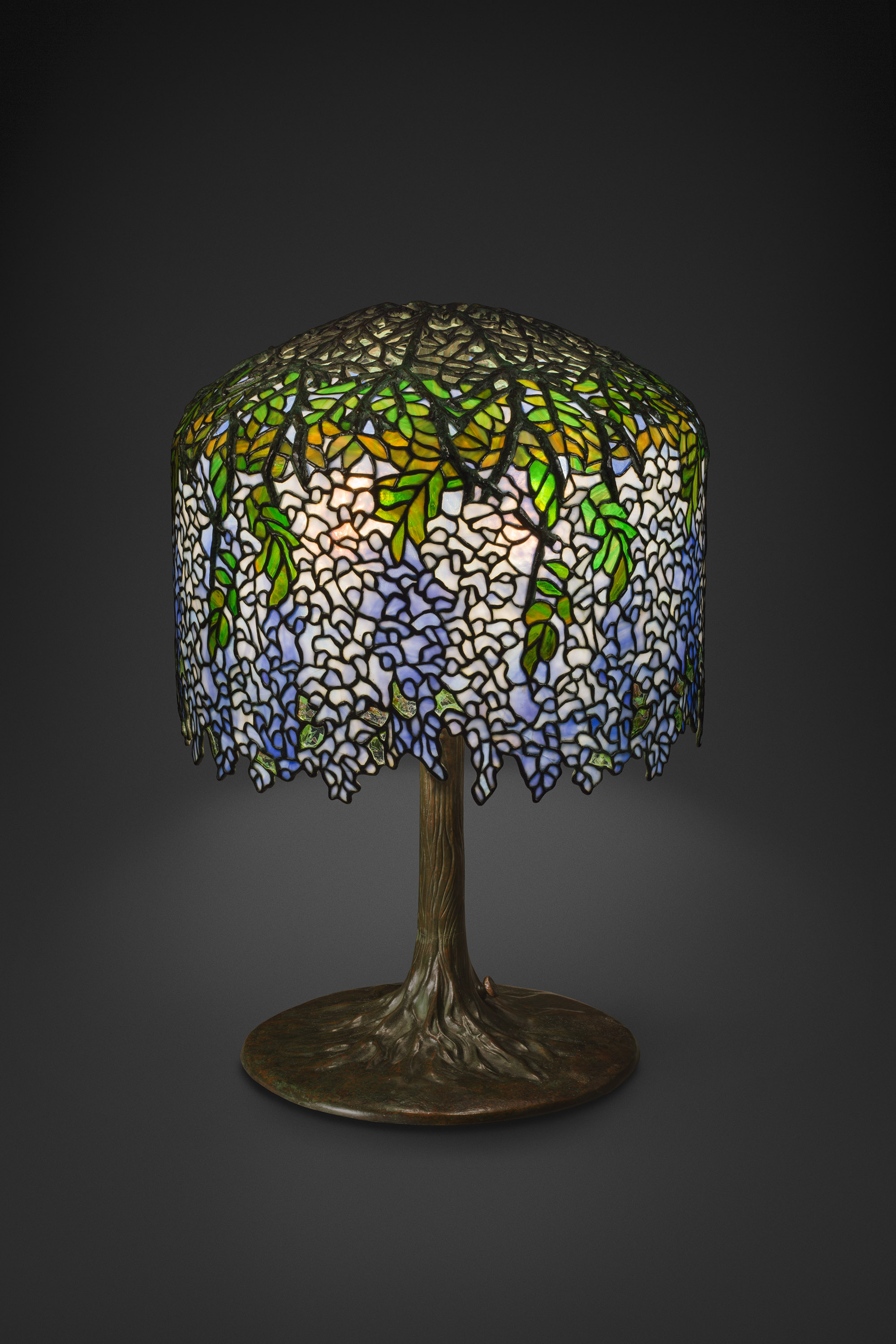 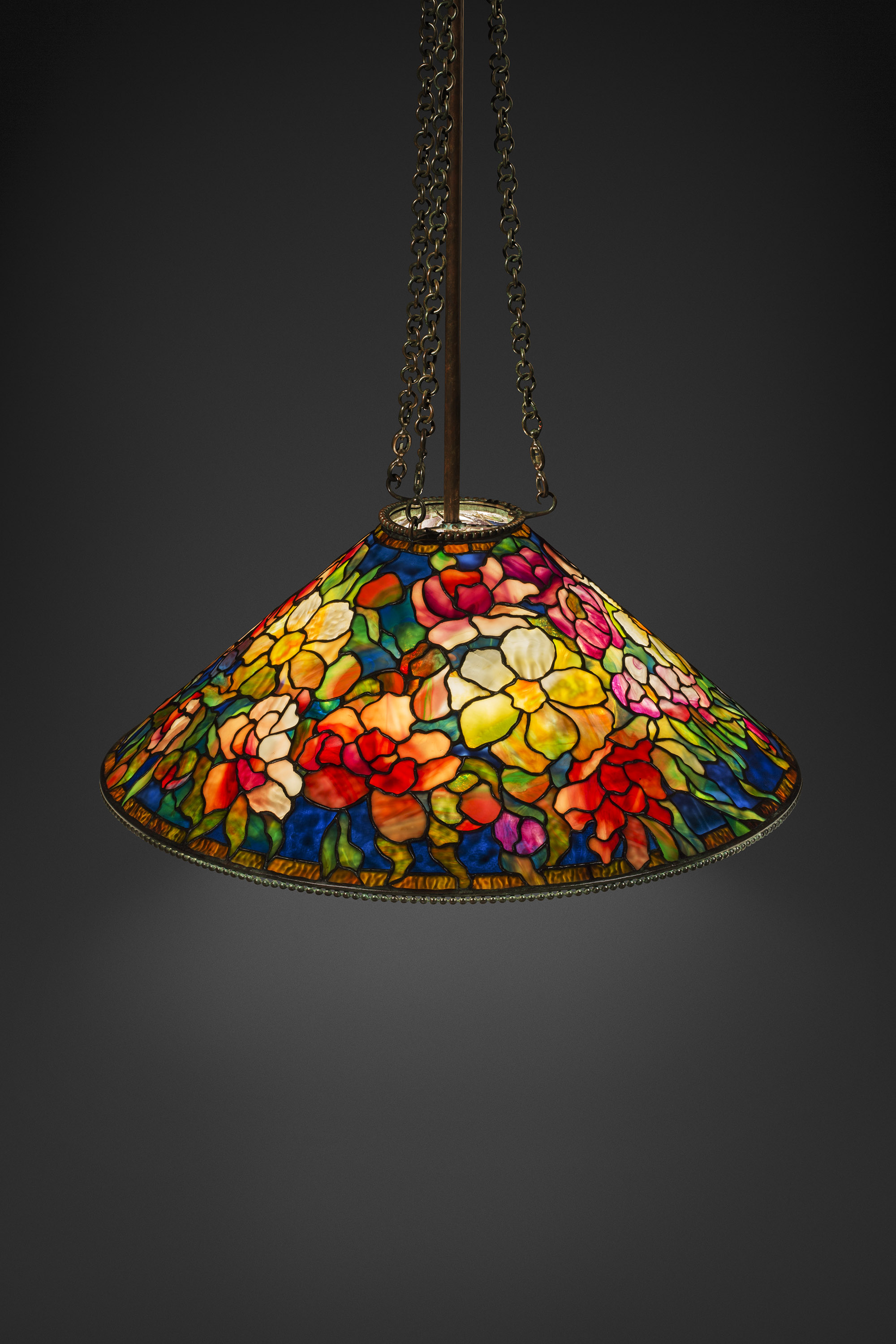 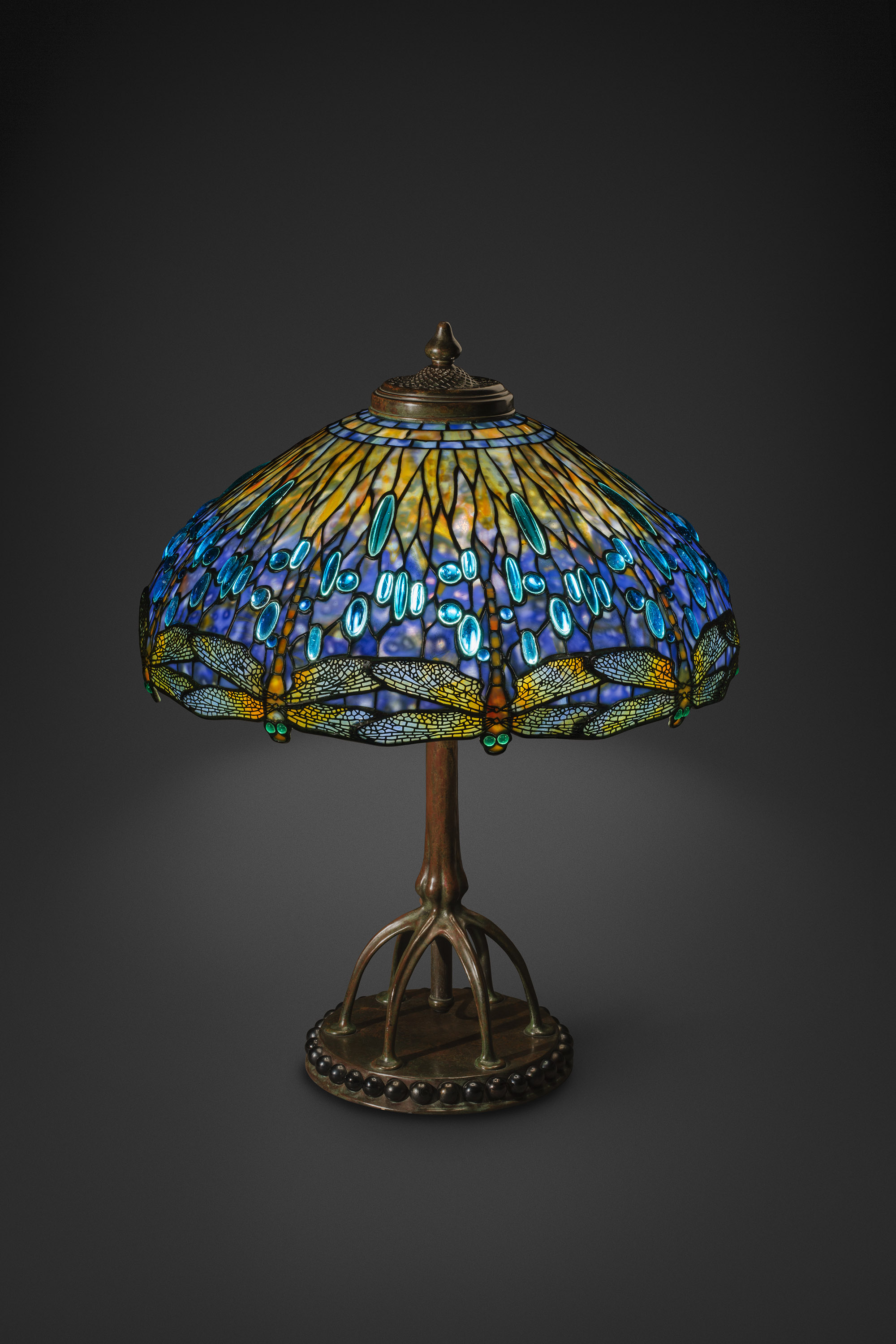 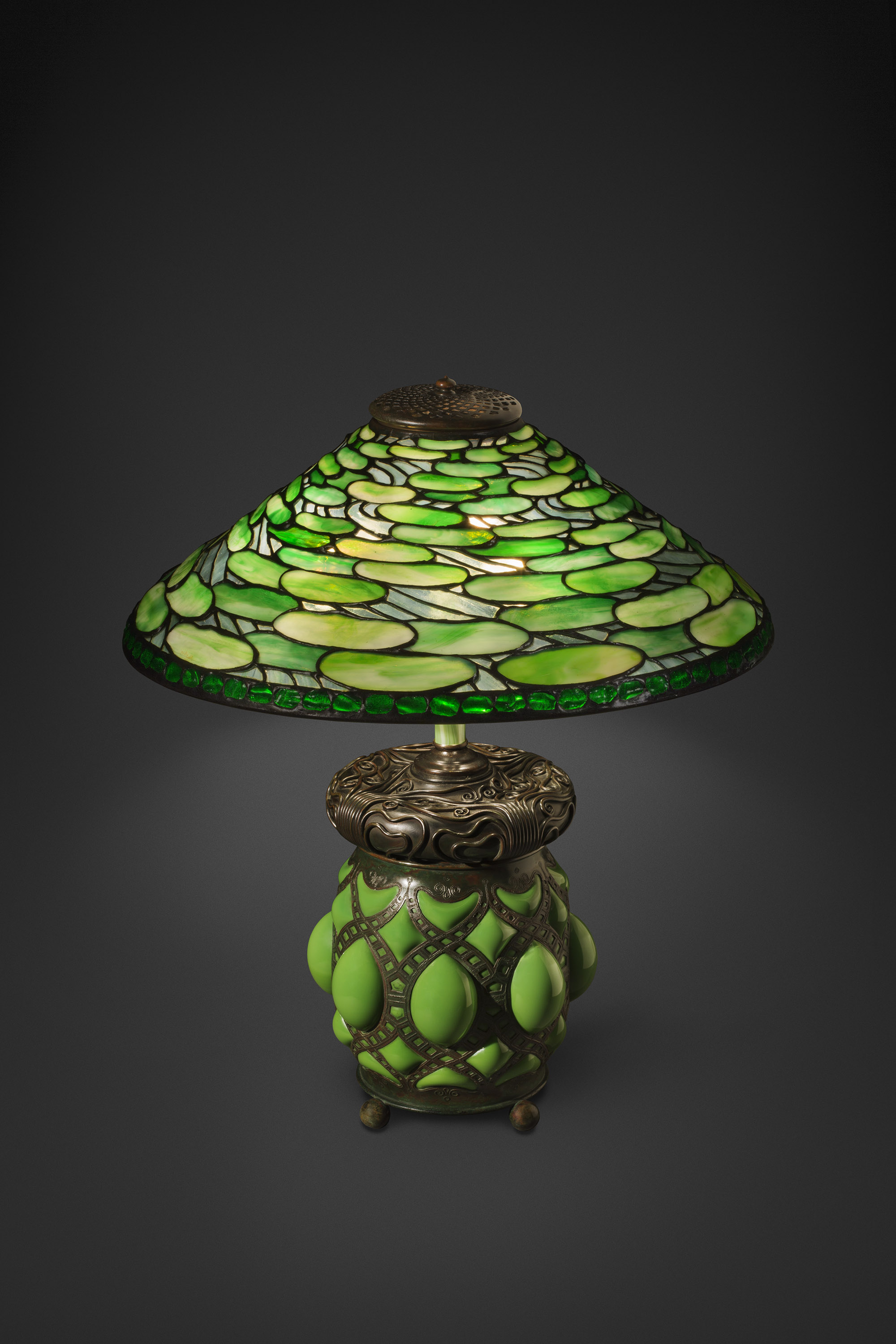 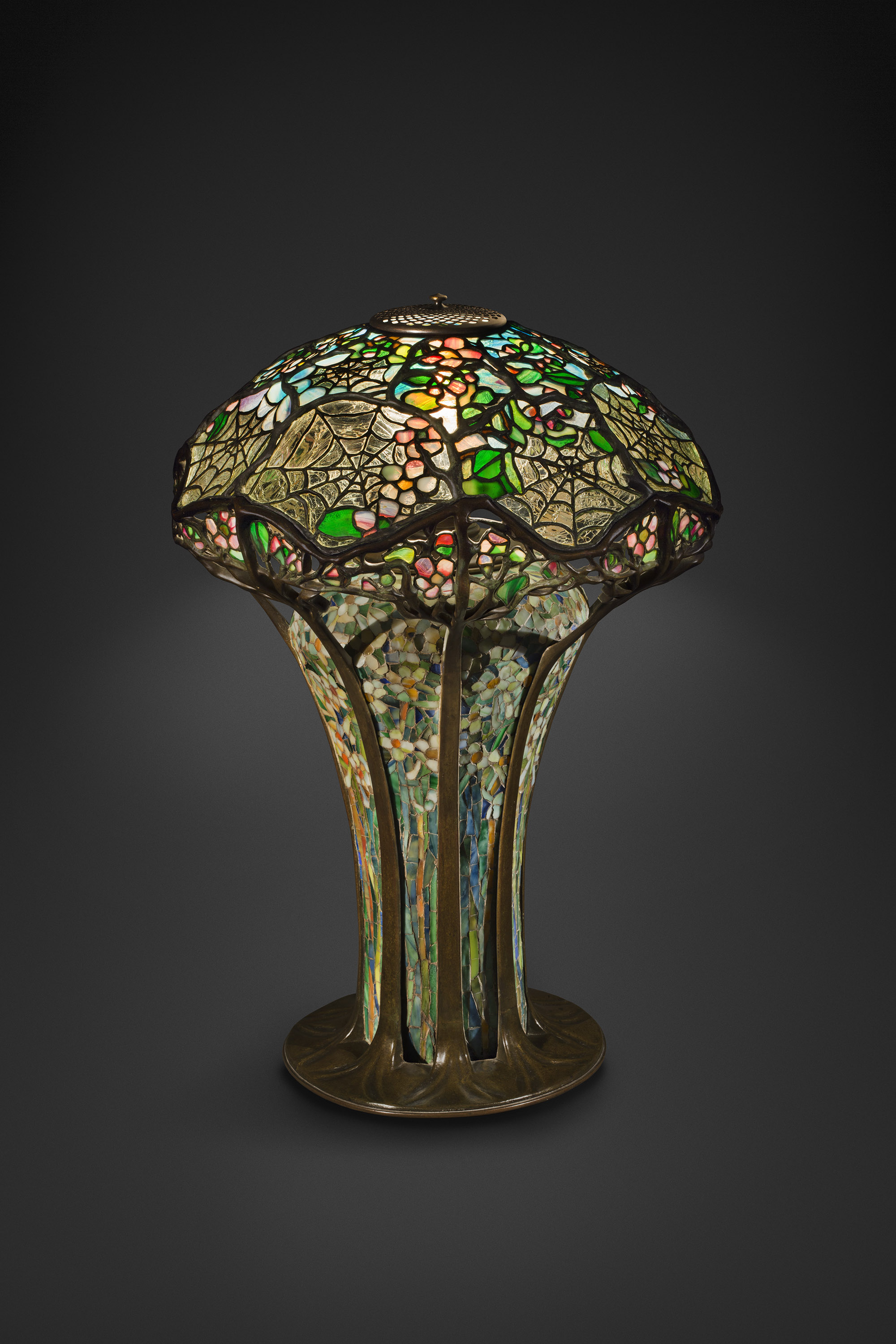 Illuminated Life: The Art and Style of the Tiffany Lamp

Illuminated Life: The Art and Style of the Tiffany Lamp