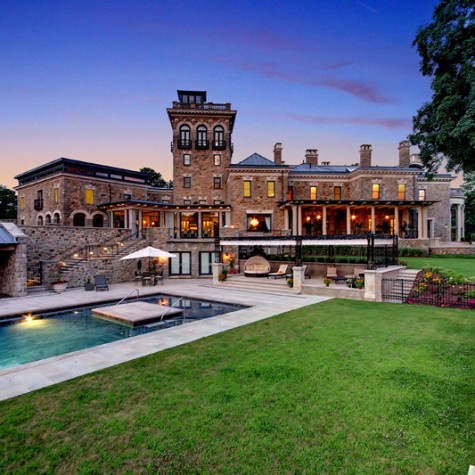 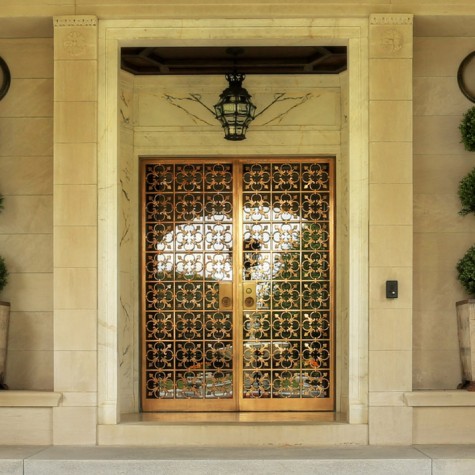 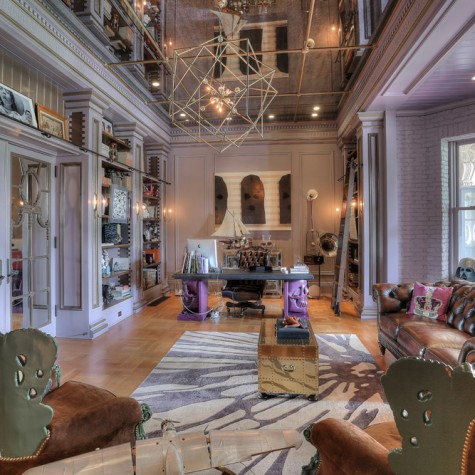 There was a time when Bernardsville played host to Civil War generals on repose from a day of fighting. Once the war was over and peace was restored, it was prominent East Coast bankers and financiers who discovered the land, first staking claim to luxe summer getaways, and later to year-round lairs in what is today known as one of the most prestigious addresses in the nation.

As estate settings go, few compare to Bernardsville, an impossibly green hillside town that is dotted with one incredible property after another. It was 1886 when banking magnate James Coleman Drayton set eyes on this gloriously verdant expanse of land in New Jersey and set out to build a home without equal. 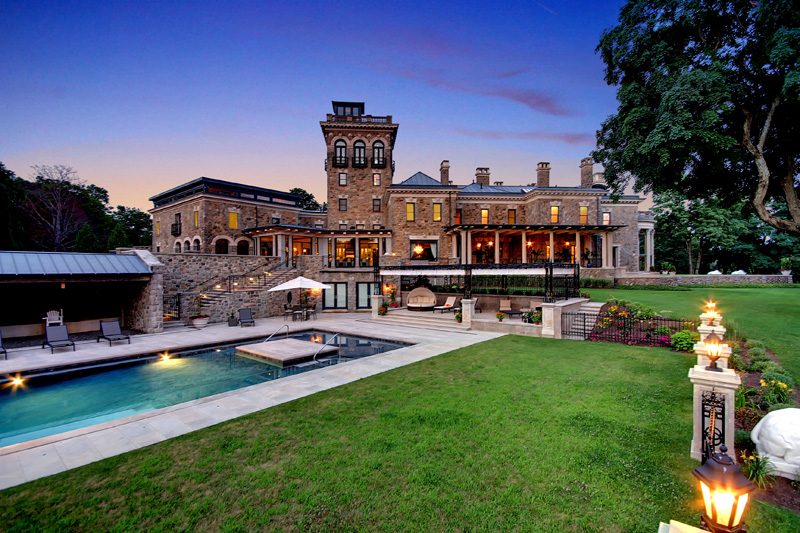 The resulting abode by renowned architect George W. Post unfolded as a distinctive castle-like structure complete with locally quarried fieldstone, classic Corinthian columns, formal balustrades, an elegant porte-cochere and a five-story tower that looks out over the estate’s 32 countryside acres.

Step inside Stronghold, through ornate bronze-grill doors, and the home’s original details and restored features are evident from first glance. Meticulously carved millwork, stained glass, slabs of marble and frescoed ceilings are reminders of the home’s pedigree.

But for every ornamental fireplace mantel there is a bathroom vanity that looks like it’s part of an art installation, for every inlaid mosaic tile floor, a spiral staircase that belongs in a modern museum. Several years and several millions of dollars have transformed the estate into a modern fortress fantasy, with more than 20,000 square feet of grand gathering areas and seven en suite bedrooms outfitted for royalty in a mix of styles, mediums and millenniums. 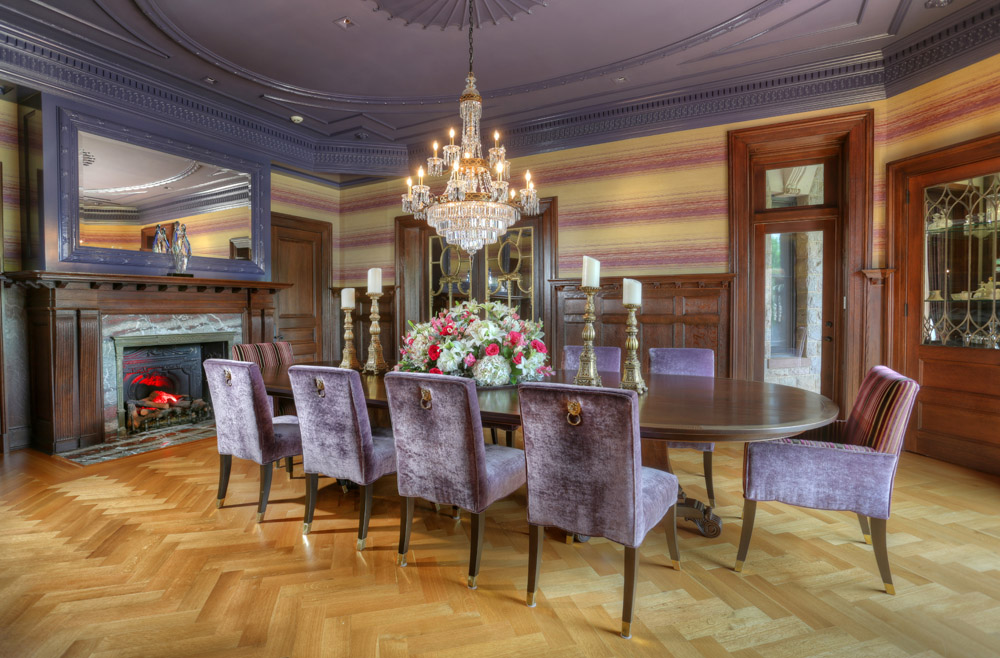 “This magnificent estate has been lovingly restored and renovated to bring it back to its original character and add to the home’s historical footprint,” said Vincenza Montrone of Coldwell Banker Residential Brokerage in Bernardsville, the home’s listing agent.

“This complete interior restoration was done with the intent to create a modern, warm residential home while paying attention to its heritage. Sophisticated 21st-century technology was incorporated into the renovation, making this home desirable to today’s modern family.”

In addition to the state-of-the-art technology, Stronghold was renovated in nearly every inch of the home, including marble and metal restoration and a new addition that expanded the living space, including an informal entry, an expanded kitchen, a family room, a dining room and a new garage wing. 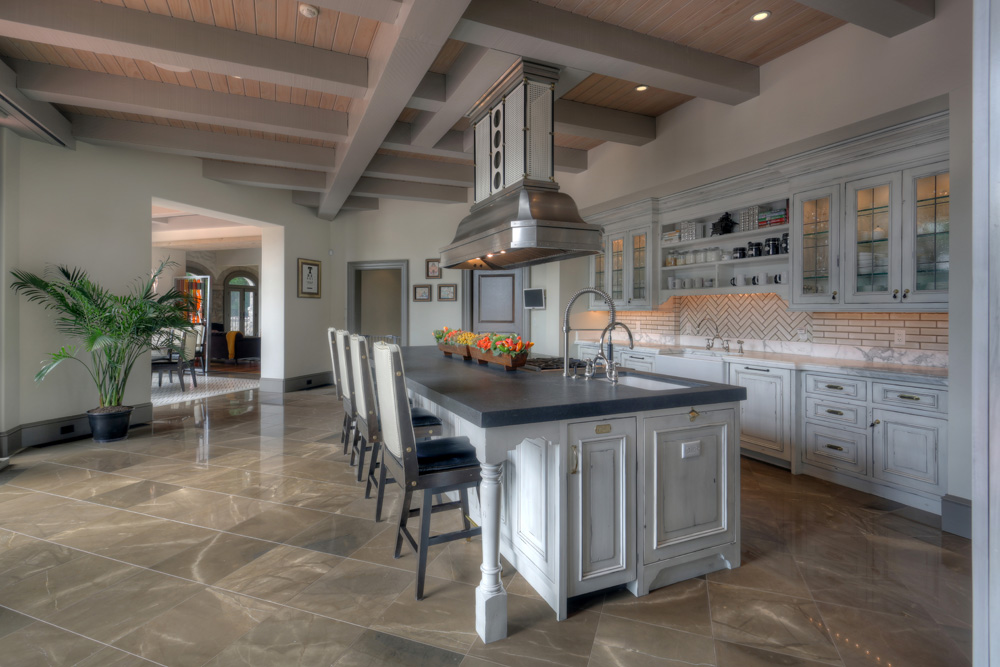 The showy new kitchen is a chef’s refuge—the perfect juxtaposition of old and new. The large center island, custom two-tone cabinetry and high-end appliances appeal to modern gourmets, while the beams and stone wall hearken back to the castle’s original grandeur. 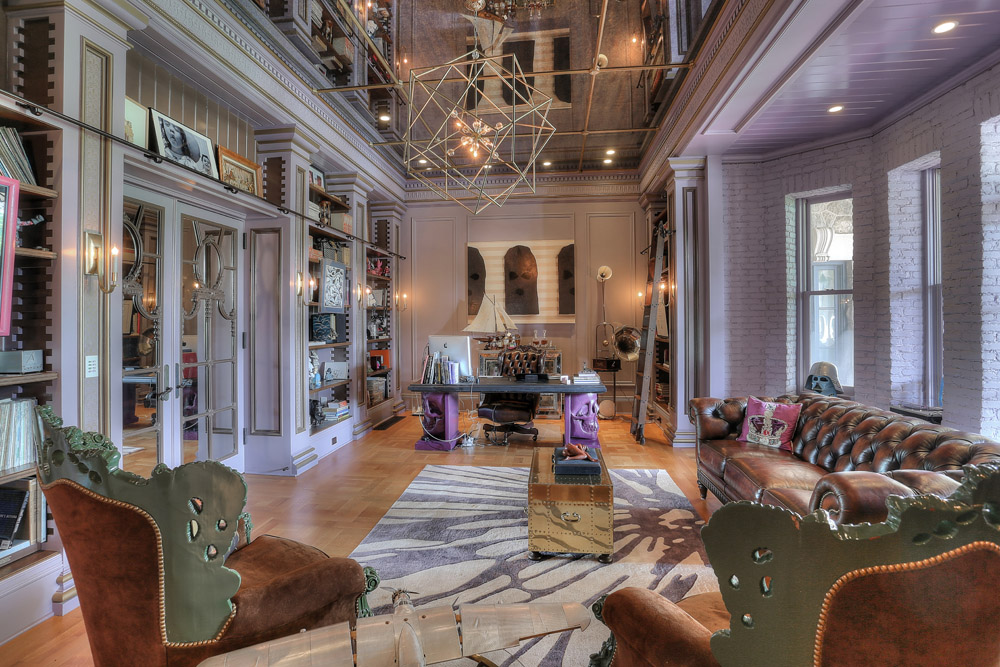 The library is a place for creative exploration and design friction with lavender painted walls set against rustic brick and classic bookcases set under an industrial, geometric metal chandelier.

A similar feel—historic elegance with flirty undertones—is found throughout the 22-room estate, where the once stately castle remains so, with a vibrant, vivacious twist.

“The uniqueness of this property is that it cannot be reproduced today,” says Montrone. “Stronghold offers a reminder of the past while inspiring its residents to live and love life to its fullest.”

Stronghold also includes park-like grounds with green hillsides, manicured lawns, a resort pool complex with its own terrace and a covered lounge area; a gym with full basketball court, exercise loft, kitchen and bathroom; an eight-room carriage house; a walk-out lower level; and an unfinished stone guest house—one more opportunity for a future owner to put his or her personal stamp on a home that offers a remarkably unique lifestyle in an incomparable setting.