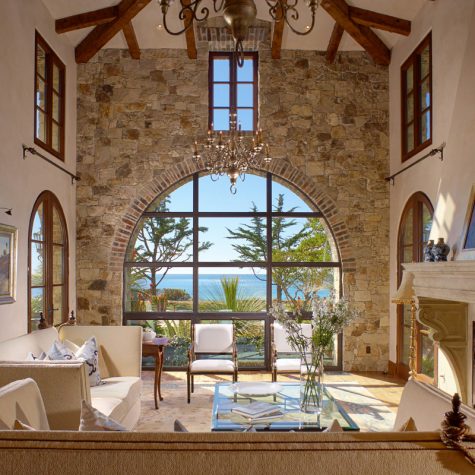 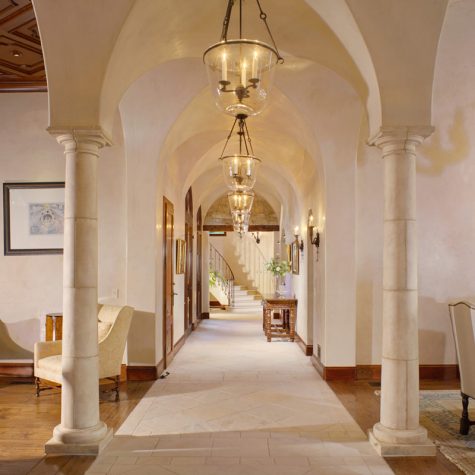 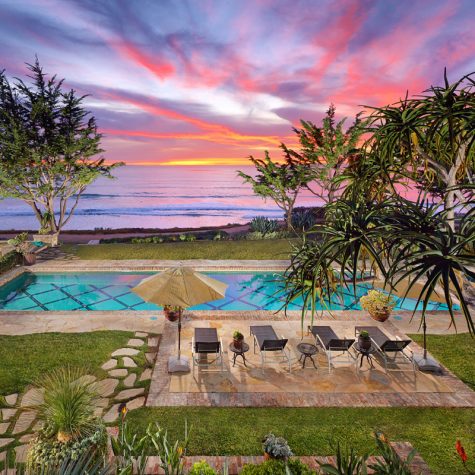 January 20, 1969: Richard Nixon is administered the oath of office by Chief Justice Earl Warren to become the 37th President of the United States. In his Inauguration address, Nixon speaks of freedom, fulfillment, equality, peace and promise. And also of living simply, remarking that, “Greatness comes in simple trappings.”

Though, Nixon’s idea of “simple” may have been a bit beyond the norm. While he immersed himself in appointments and other First 100 Days tasks, his aide was off scouting presidential hideaways on the west coast by request. The property that would become the president’s “Western White House” was a stirring San Clemente oceanfront residence that came with 10 rooms, 26 acres and its own presidential pedigree. (Turns out dignitaries including Franklin Delano Roosevelt used to spend time at the 1920s estate, relaxing and visiting with original owner Hamilton Cotton, one of the earliest financiers of San Clemente and treasurer of the California Democratic Party.).

Part of the land that once belonged to the Nixon estate today graces another one-of-a-kind property two doors down, having been subdivided over the years. And if any home could eclipse the beauty, majesty and prestige of what Nixon himself called “Casa Pacifica,” it’s this remarkable residence, now listed for sale for $55 million with Tim Smith at Coldwell Banker Newport Beach. 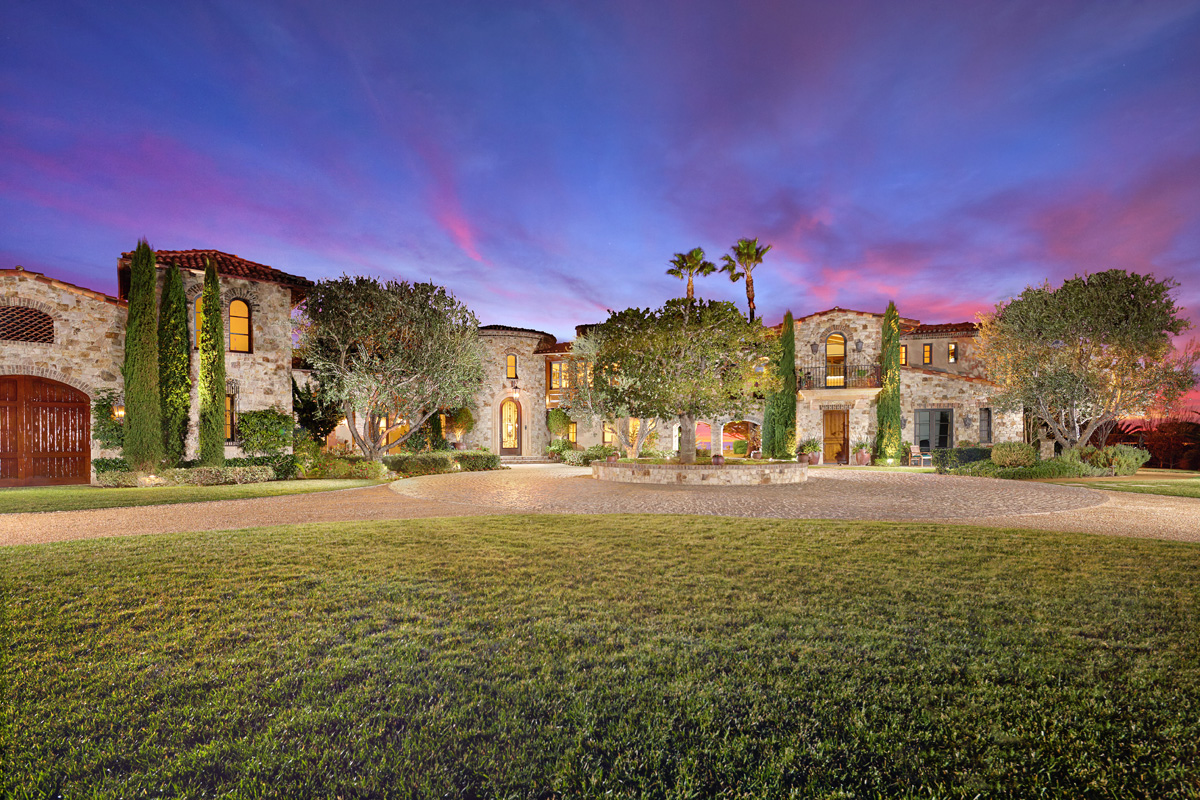 “The only other oceanfront San Clemente estate that comes close to this home is President Richard Nixon’s former property,” said Smith. “But this is a newer property with similar frontage. The biggest highlight is the fact that it rests on two and one-half flat acres with 455 feet of ocean frontage. I’ve looked at every parcel up and down the coast from La Jolla to Santa Barbara, and nothing compares to it. This combination of land and location simply doesn’t exist anywhere along the coast.”

Behind the dual gates of Cotton Point Estates, known as the area’s most distinguished private enclave, this incredible, sprawling Spanish estate offers seclusion and serenity like no other in Southern California, on the southernmost tip of San Clemente atop a historical navigation headland with the coastline below and bordered by preserved land.

Just a short stroll down a pathway from the home is exclusive entry to one of the few private beaches in California as well as access to some of the best surf spots in the state, Trestles and Cotton Point—among the numerous reasons the home’s owner, Marty Colombatto, a former tech executive, was drawn to this particular piece of land.

“We have an appreciation for Italian and Spanish architecture and a lot of materials used in the home are European as well,” said Colombatto.

Noted designer James Glover interpreted the Colombattos’ European dream as a property that looks like it could have been transported from Tuscany or San Sebastian, with limestone, washed plaster walls, handmade roof tiles, Italian bronze Albertini windows and reclaimed fireplaces. 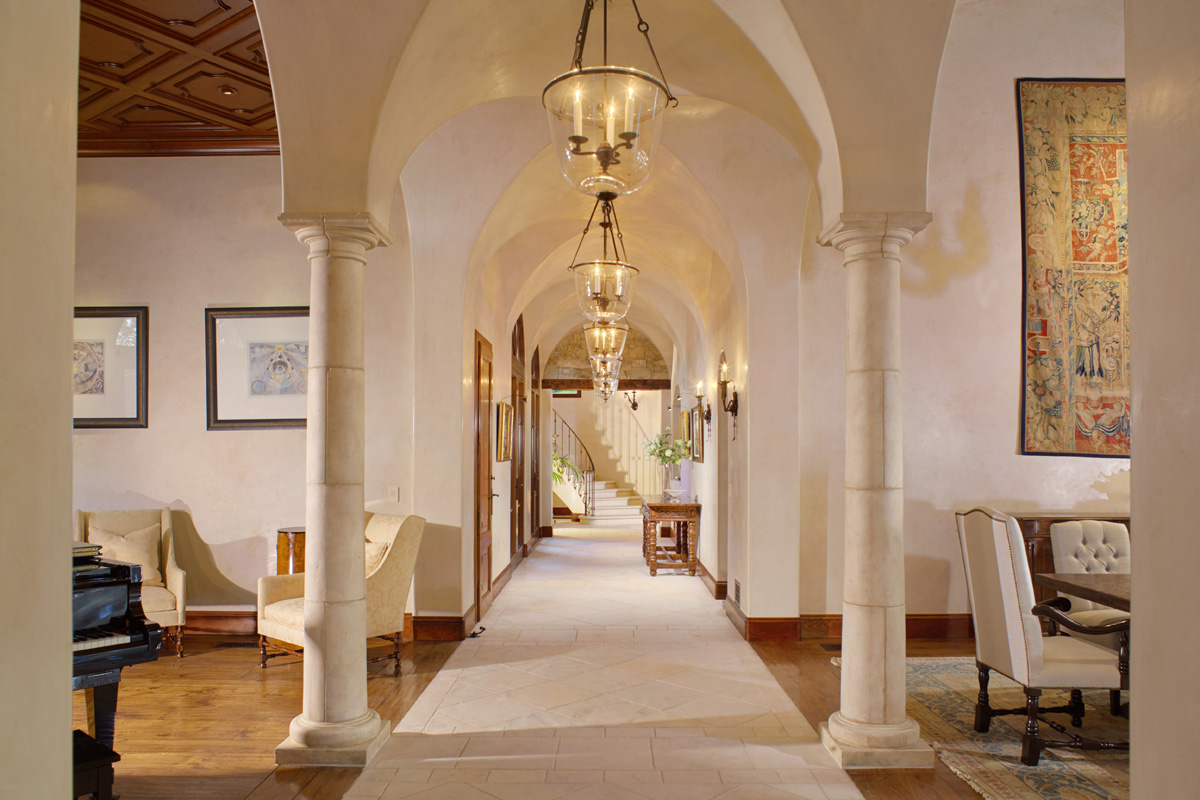 Graceful arches are evocative of the home’s Old World inspiration and are also used strategically to frame postcard views of the ocean throughout. The luxe master bedroom, one of the home’s seven private domains, is a serene space that both captures the allure of the California coastal lifestyle and showcases the European influence with rich wood and stone, and, of course, awe-inspiring coastline vistas through a large picture window. 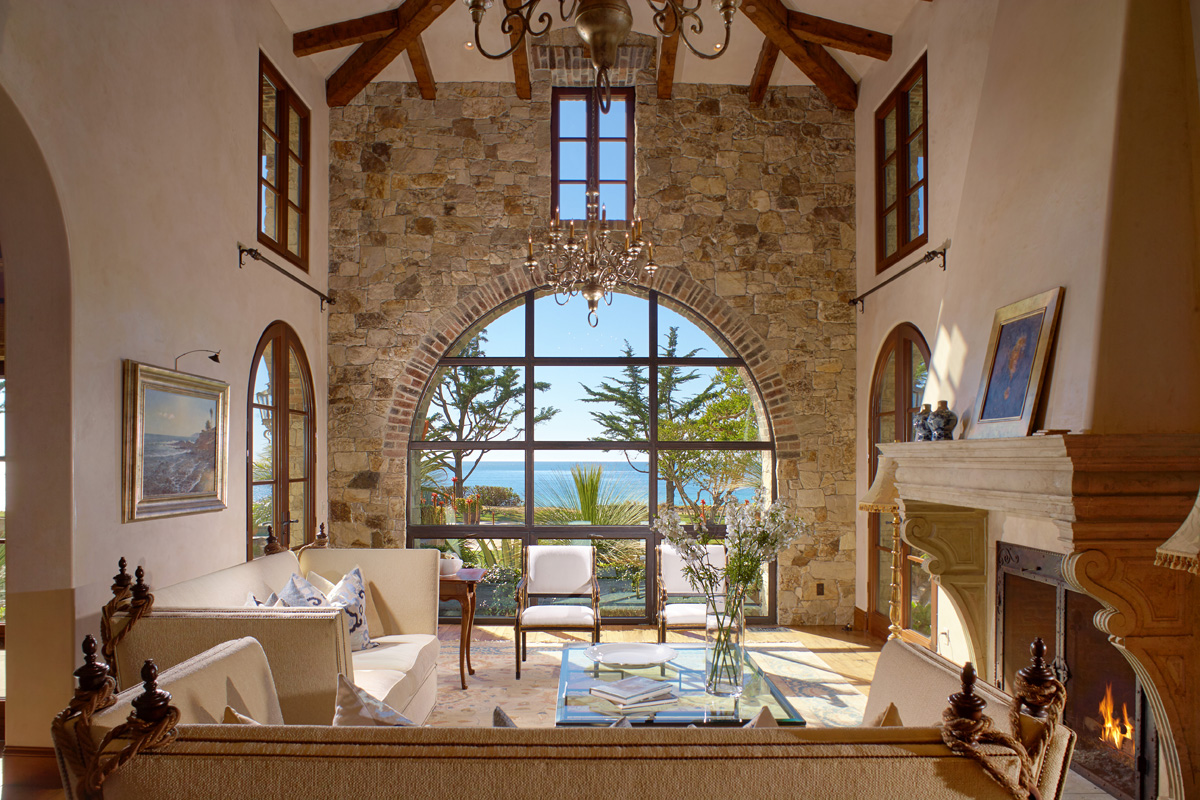 In a formal sitting room, a perfectly arched window graciously interrupts a wall of imported stone to showcase a swath of bright blue bookended by lush cypress trees, with arched French doors providing two of the home’s numerous direct access points to the grounds. A trio of arches in the main family gathering space provides a counterpoint to more detailed stonework, with volume ceilings cloaked in rich wood beams and a crackling fireplace adding warmth and sophistication. Above, a lofted billiards room is just one of the home’s many recreational and entertainment spaces. 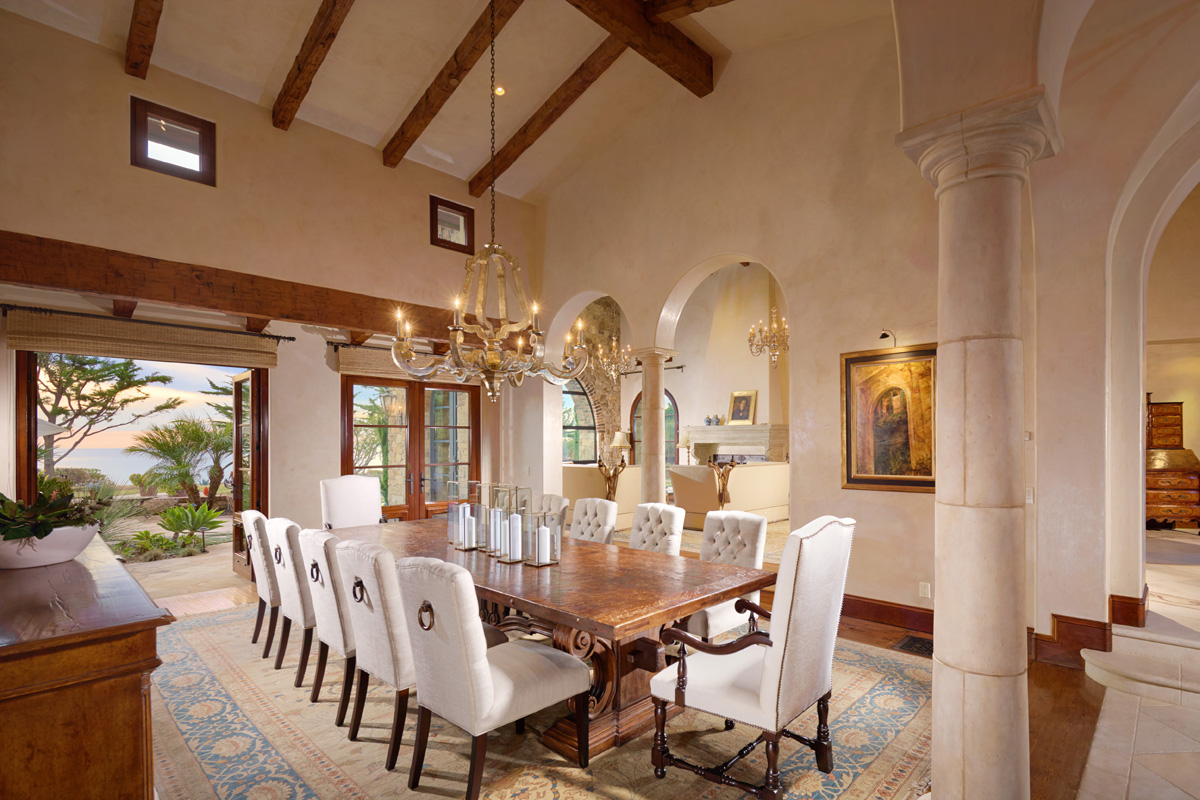 Entertaining is a priority for the current owners, just as it was during Nixon’s coastal reign, when local surfers were said to be displaced by Coast Guard Cutters protecting the president during his stays; Colombatto, an avid surfer himself, has proven a much more accommodating host.

In fact, while political leaders may not have visited the home, royalty of other kinds have. The home was the site of a fundraising event several years ago that drew 900 guests, featured a live performance by Pearl Jam’s Eddie Vedder, and raised $350,000 for Kelly Slater’s Surfrider Foundation. The home has also been the site of numerous benefits for San Clemente High School. 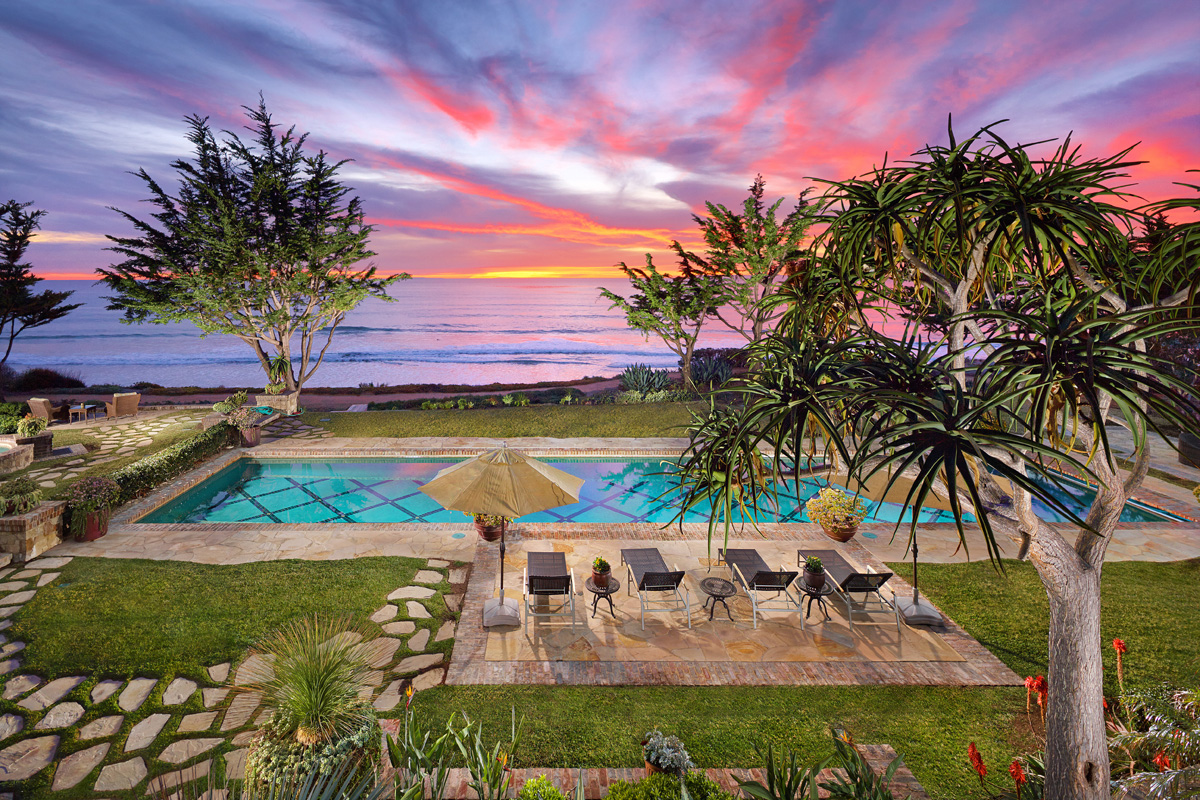 “The property can accommodate a lot of events and a lot of people,” said Colombatto. “Giving back and sharing the property with other people has always been a priority. As you enter into the entryway, there is the formal part of the house with the living area and bar, which is where indoor parties were held. We incorporated some fun rooms, including a pool table and elevated balcony and a gaming area adjacent to the family room space. In the corner of the property below the master suite, a multipurpose room acts as a home theater with a screen and projector. It opens up from the inside to the patio and outdoor entertaining area providing great access to the grounds.” 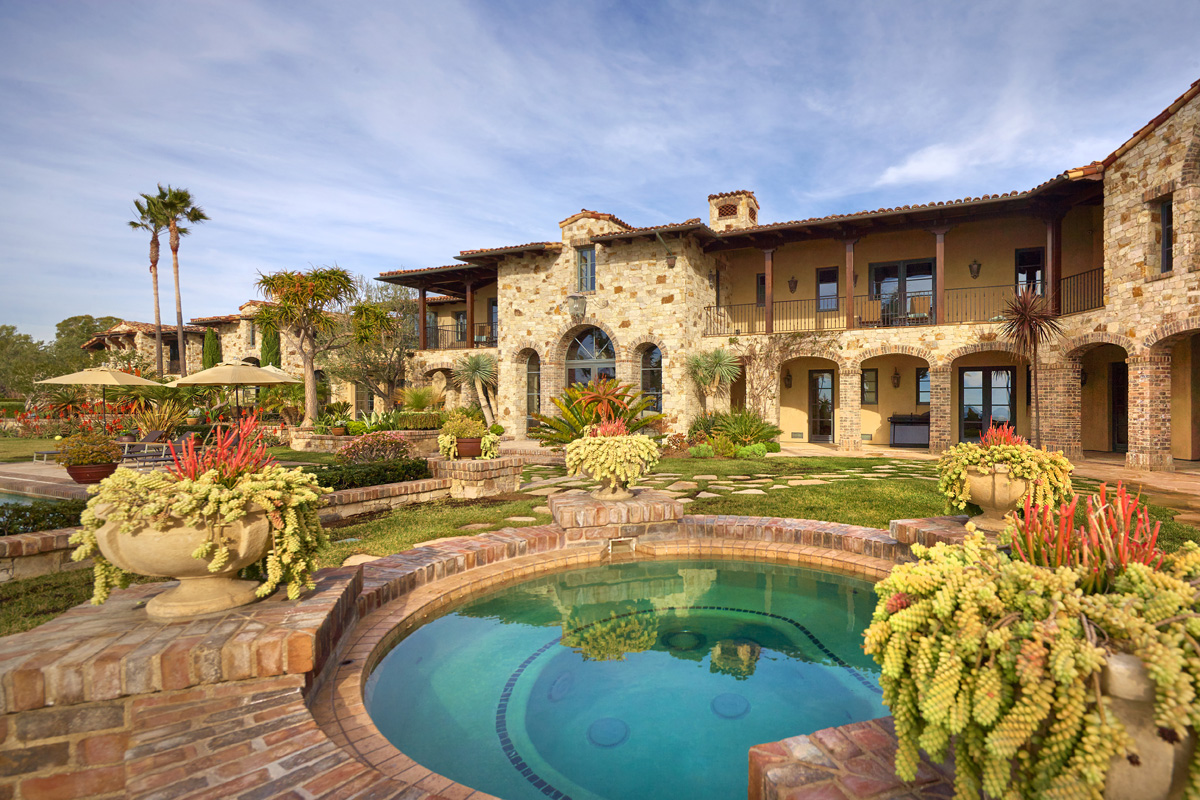 “The home spans close to 13,000 square feet, yet it’s very comfortable,” said Smith. “It’s set up to feel like a single story house.” 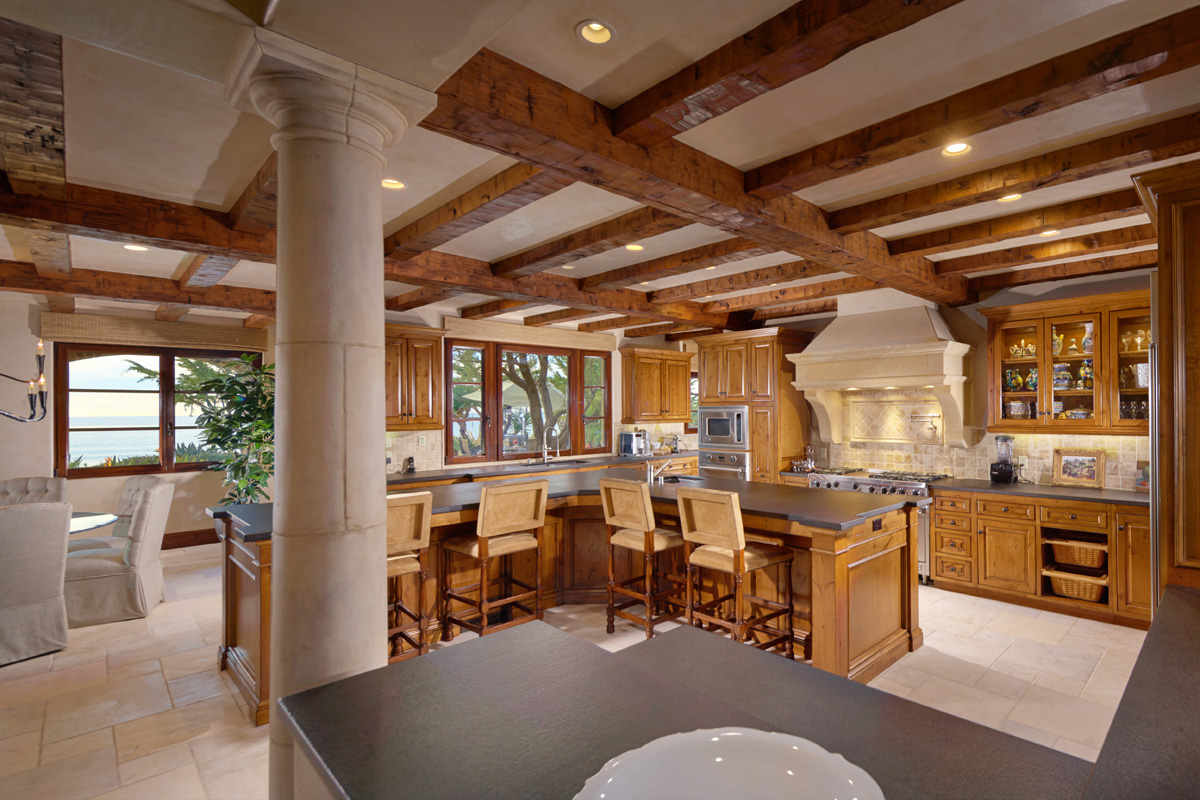 For more formal occasions, the banquet-size dining room provides an elegant backdrop. Push open the doors to reveal unobstructed views and ocean breezes, and you just might be tempted to come outside onto one of the extensive covered patios and loggias, all positioned to enjoy the lush grounds and technicolor sunsets over the Pacific. The impressive grounds also include a horseshoe court, outdoor cooking area, oversized custom pool and spa, sport court and lush landscaping. 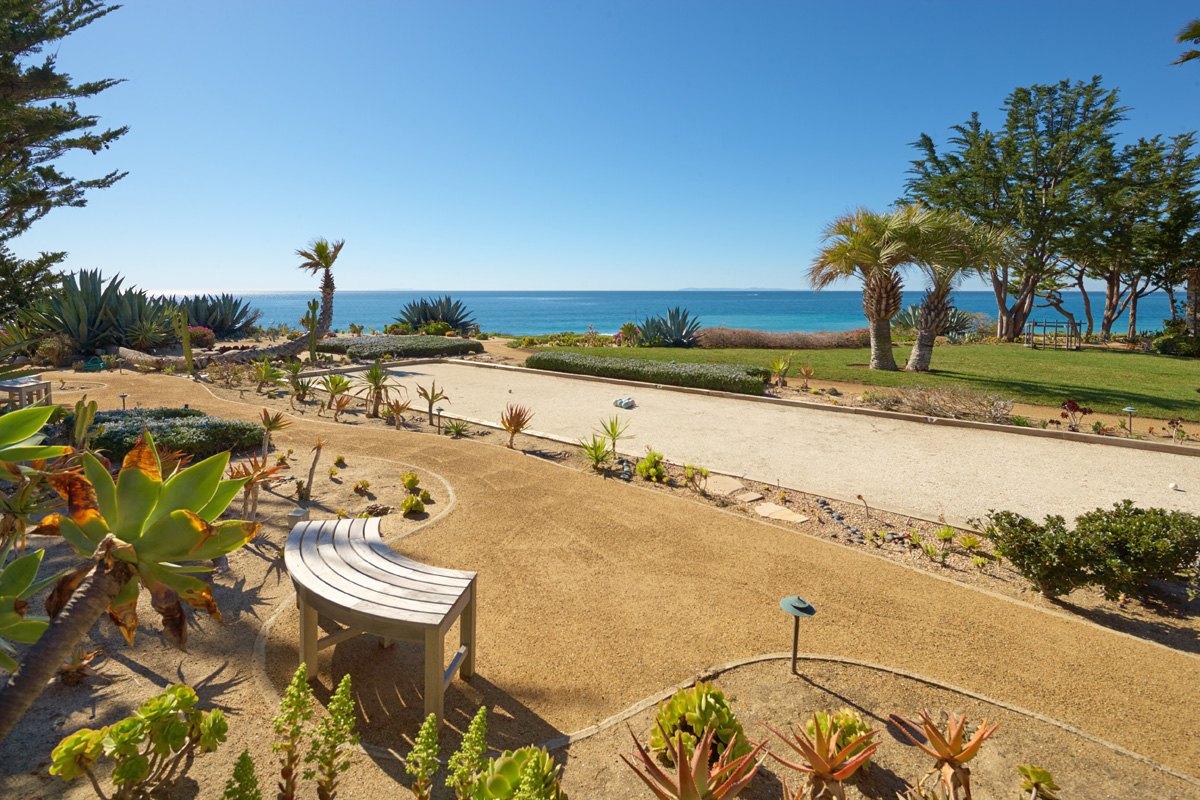 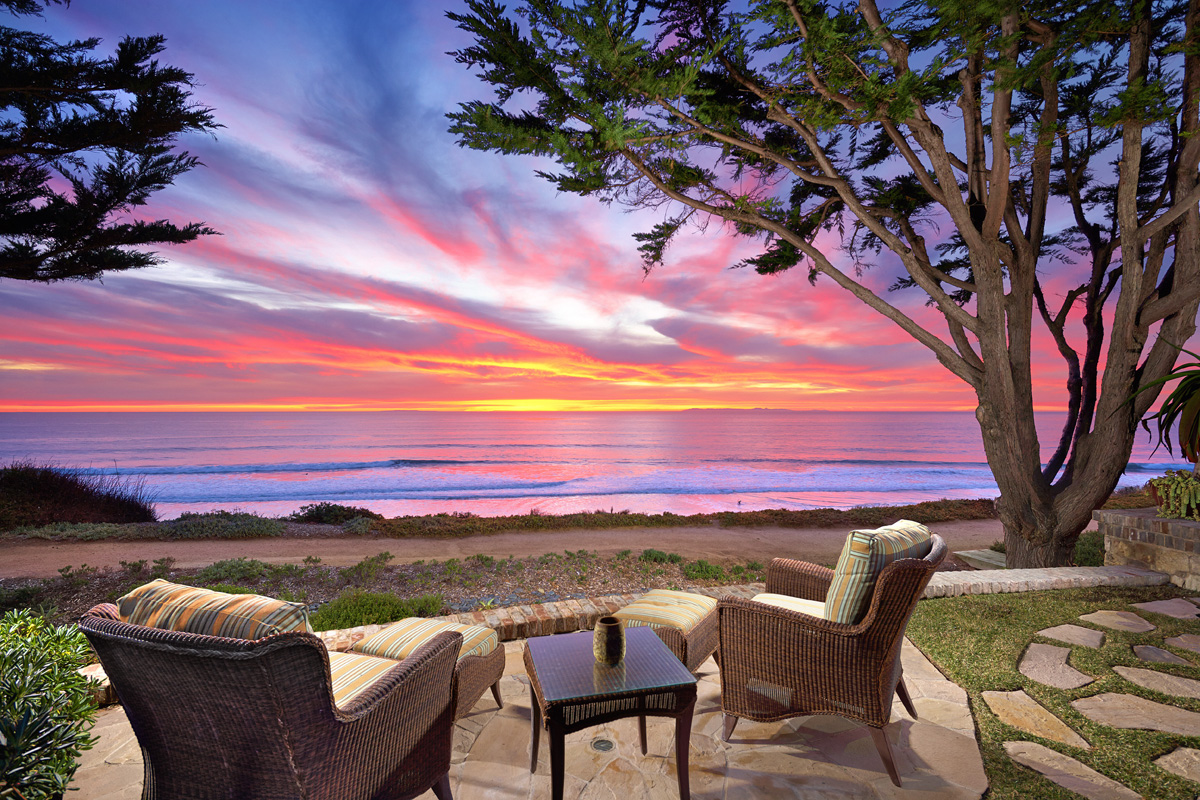 It’s the simple life, and so much more—just the way President Nixon liked it.