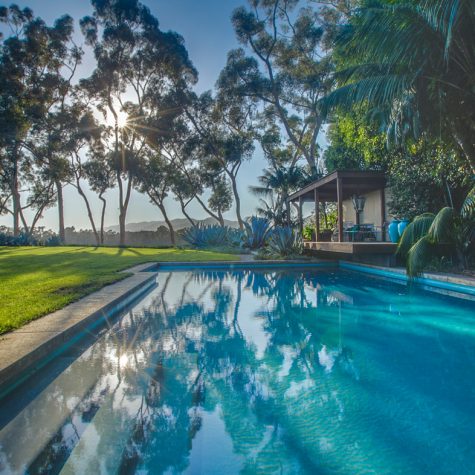 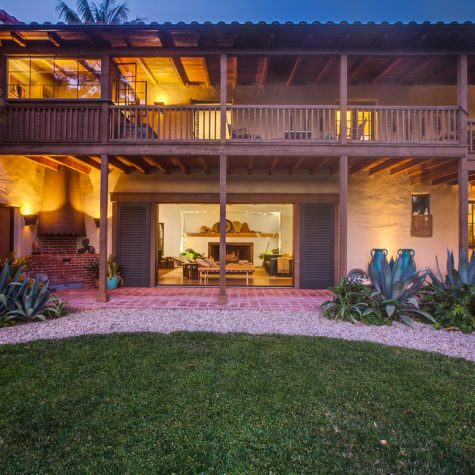 Los Angeles is often thought of as a young city, where the newest and the flashiest landmarks grab all the glory. World-renowned landscape designer Jay Griffith, however, sees the city differently. After forging a three-decade-long career characterized by a deep sense of history and reverence for the Southern California landscape, it’s not surprising that the philanthropist and preservationist sought out pure and unspoiled architectural canvases for his own homes. “I believe this with great conviction: you should honor the past, not erase it,” he explains. 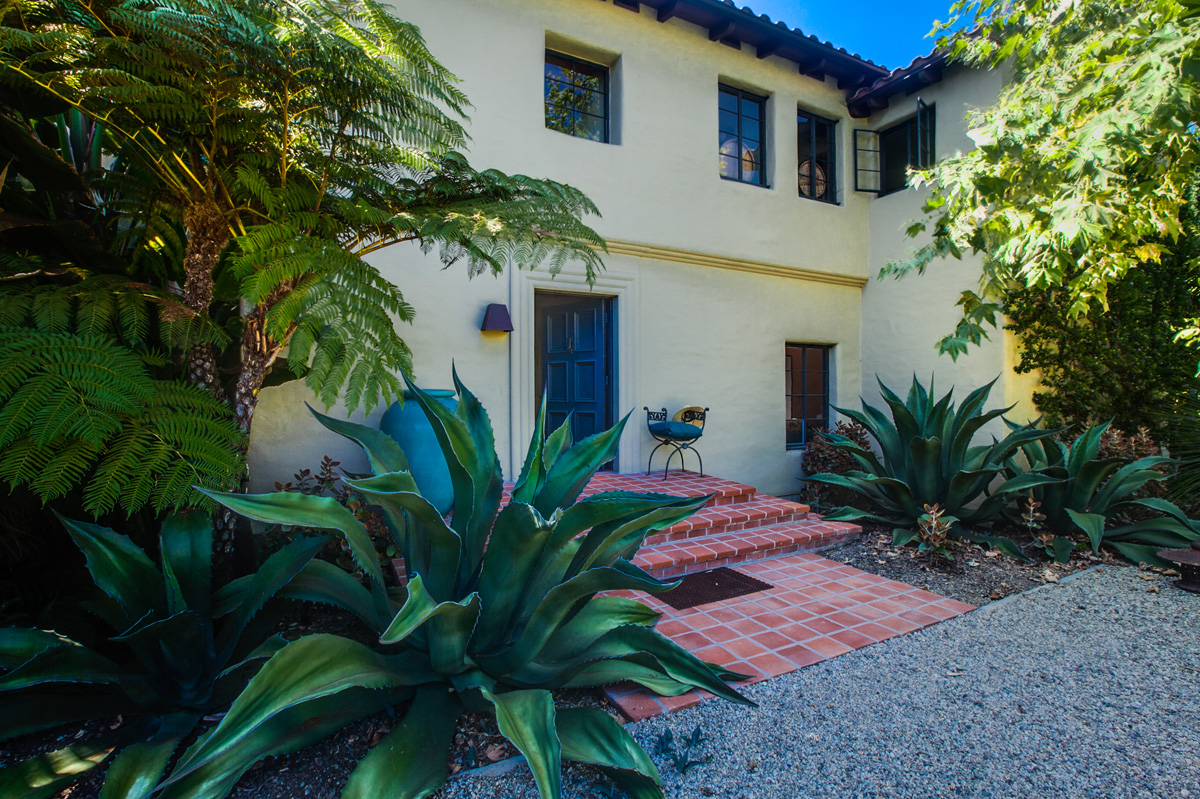 He found such a canvas in an early California hacienda-style home nestled on a spacious 33,000-square-foot lot in Pacific Palisades’ Amalfi rim 12 years ago. The house was originally built by John Byers in 1933, for silent-screen star Billie Dove, and later owned by Oscar-nominated actor Eddie Albert for 50 years. Touring the 4,818-square-foot home for the first time, Griffith was struck by the property’s glamorous Old Hollywood feel, gated privacy and unobstructed “eagle’s nest” view sweeping across the canyons to the mountains and the sea. The fifth-generation Californian was also charmed by the Spanish-style architecture, which reminded him of the old haciendas in the early rancho days of Southern California. While the bones were intact, the home hadn’t been cared for in 25 years. 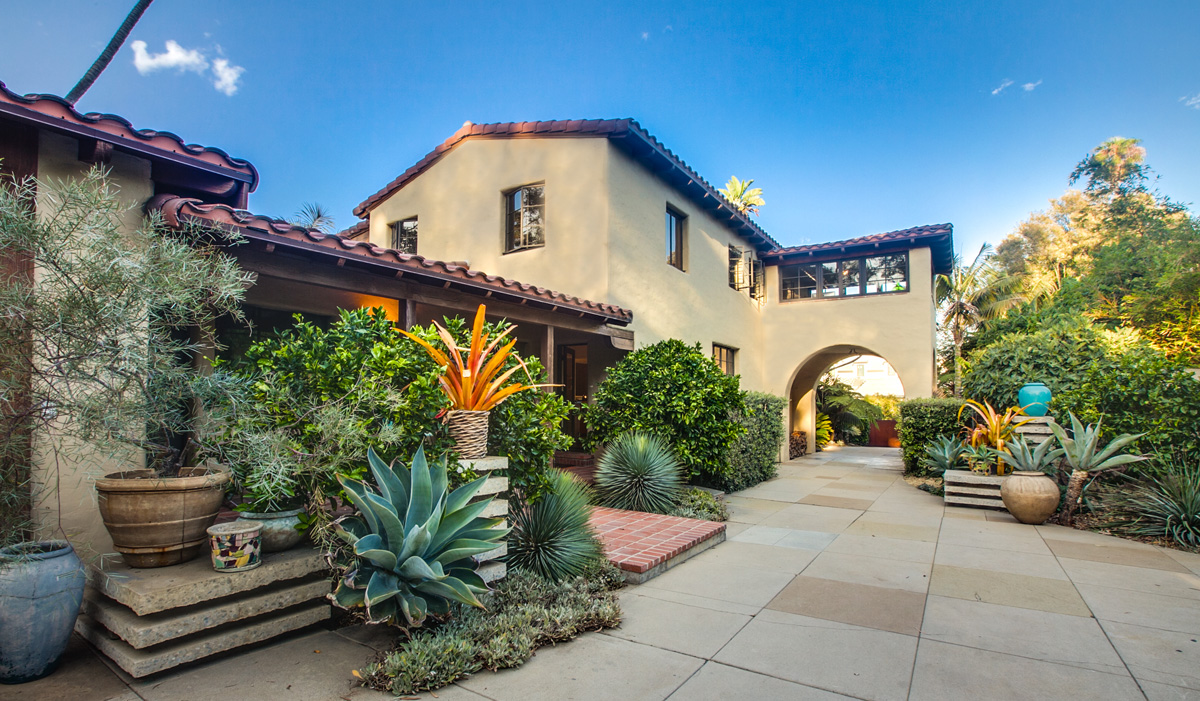 “It needed complete restoration and refurbishment,” says Griffith. “It was like one of those deep, old-mined emerald-cut diamonds — the most superior kind. I thought it was such an amazing place that I kept begging my clients to buy it. Finally, one client said to me, ‘If you love it so much, why don’t you just buy it?’ I thought, ‘Oh, yeah. Why not?’ I jumped into it.”

He went to great lengths to restore and preserve the home, leaving it virtually unchanged from the time it was built, to the extent that he took apart every doorknob and every lock and put them back together again. “It is far more work to restore something than it is to put in something new,” he says.

The two-story entrance hall offers the first evidence of Griffith’s preservation effort. Against the backdrop of white stucco walls and oak plank floors, an original wood staircase with hand-carved balusters captures all the allure of vintage Hollywood. Like many authentic haciendas of the past, there is an elegant aura of austerity flowing throughout the house, as unadorned natural and indigenous materials express pride in craftsmanship.

“California Douglas fir is used liberally through the whole house, from the beaming and paneling to doors,” explains Griffith. “It’s the highest grade of wood you can possibly get. All of the materials are humble and plain, yet used beautifully. To me, it’s the perfect use of ranch-style architecture.” 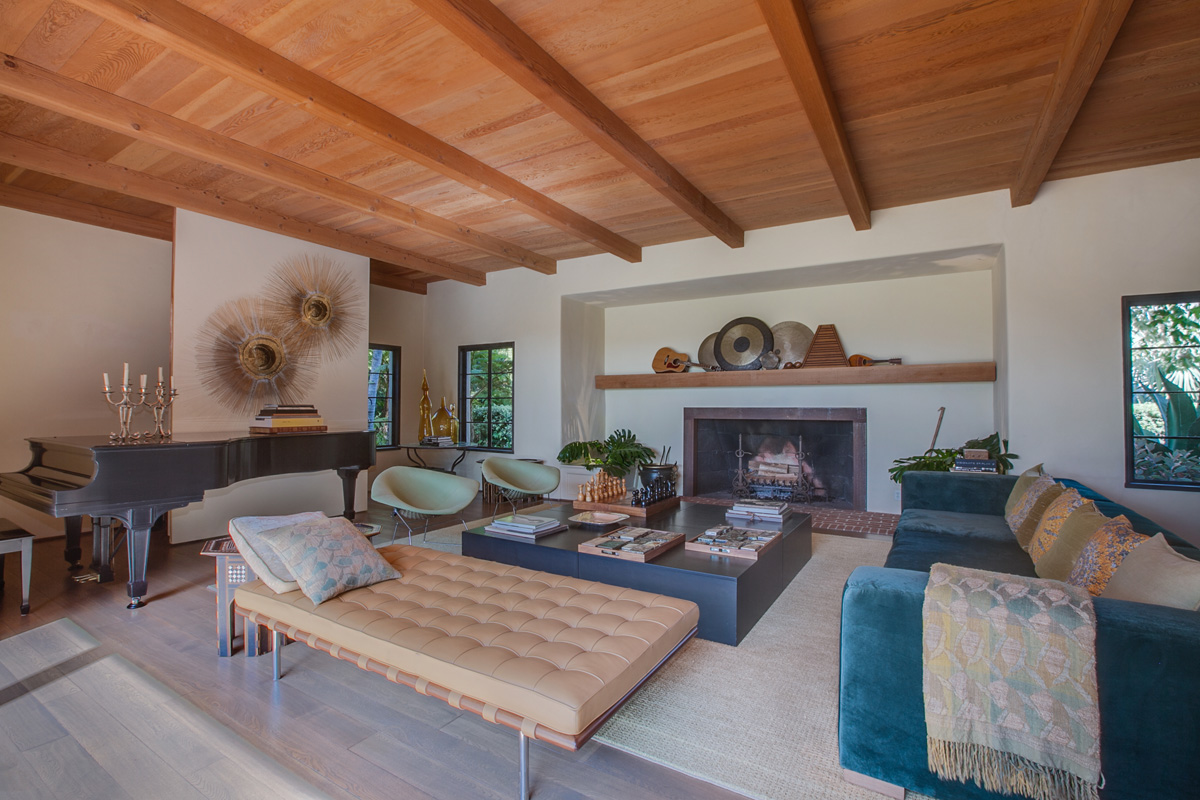 Griffith regarded all the home’s architectural details — from the original metal windows to bronze hardware and period tile in the kitchen and baths — as signifiers of the home’s distinction, saying “It was built to the luxury standards of the 1930s.” Perhaps it is why he opted to take a minimalist, bare-bones approach to the interiors: he wanted to ensure that the beauty of the architecture was on full display. The living room — with its spaciousness, oversized fireplace and glass wall opening to the patio — manages to be both restrained and inviting. 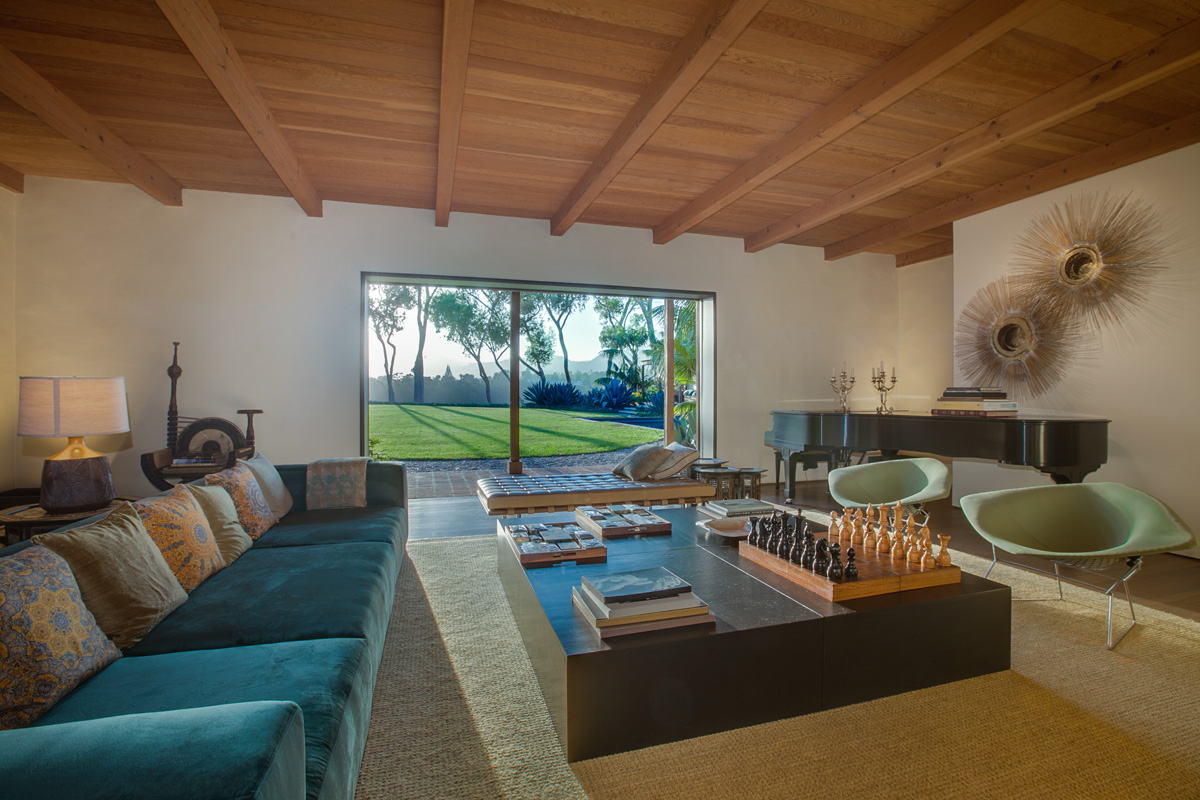 The kitchen represents a harmonious blend of old and new, with Sub-Zero refrigerator, a commercial-grade Wolf stove and original cabinetry. 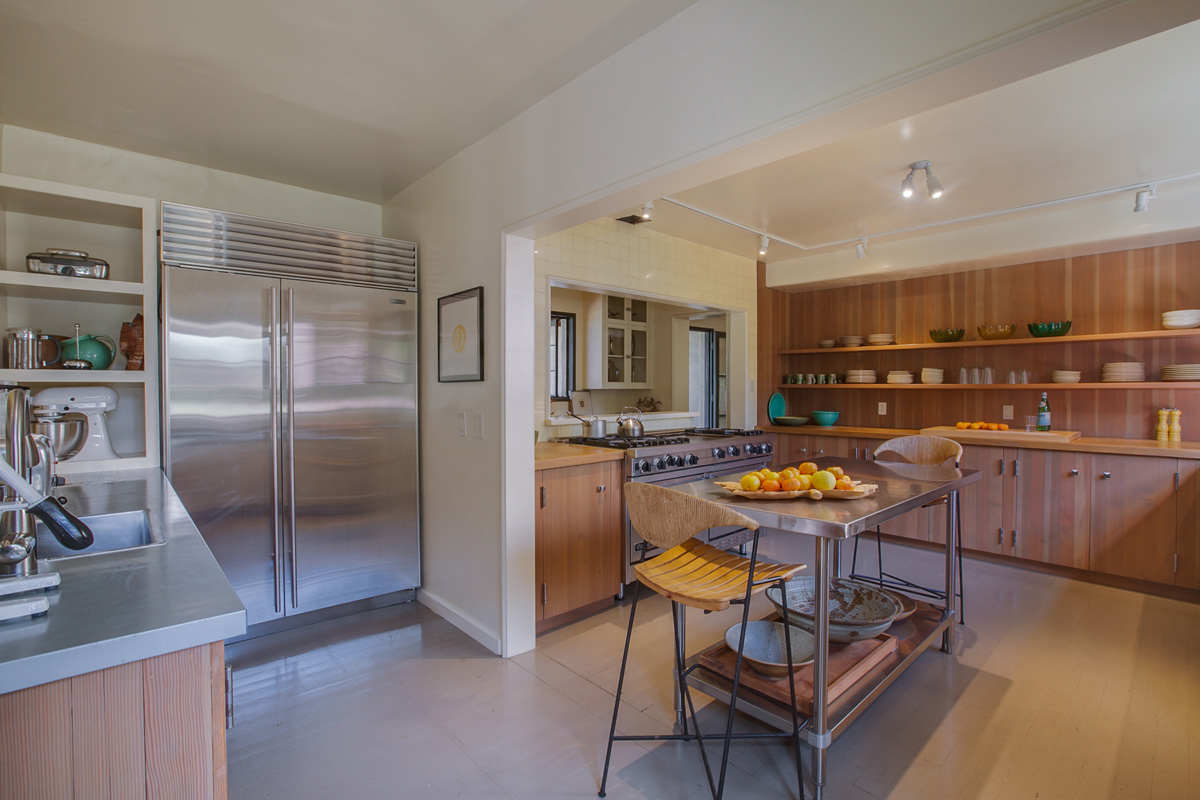 A cozy den offers a place for quiet contemplation or reading. There is even a vintage pub room, which no doubt was once used to entertain a bevy of famous guests. 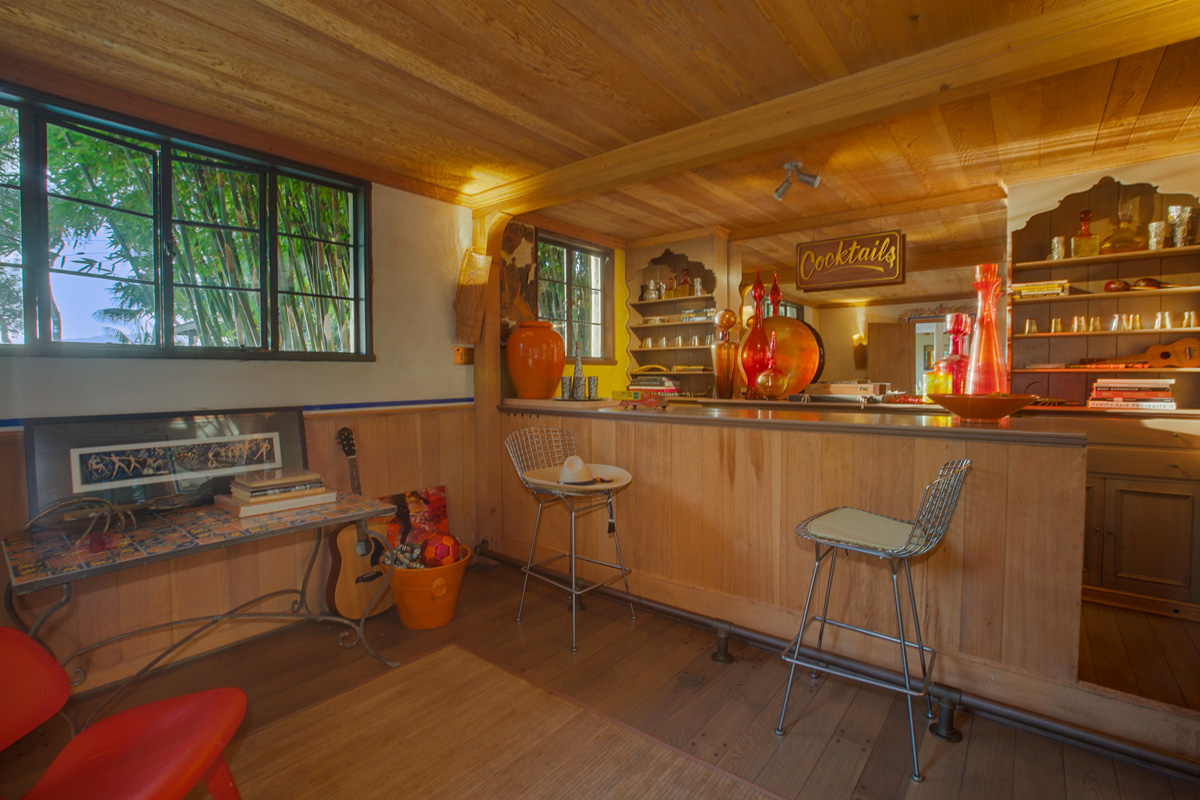 A large multi-room master wing still feels graceful with his-and-her sitting rooms, a French alabaster fireplace, a large closet sheathed in Honduras mahogany and his-and her-baths — a rarity for the era. A separate two-room guest/staff suite adds to the sense of privacy permeating the property. 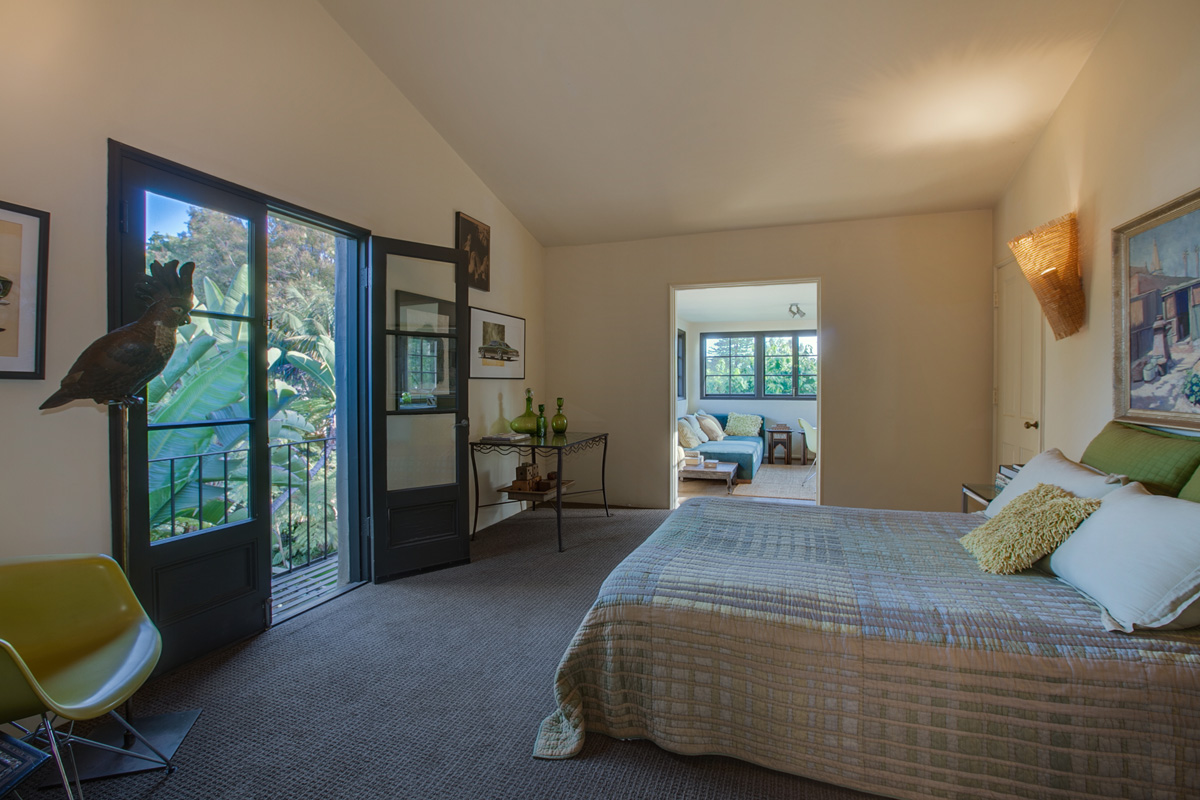 Naturally, he took a similar approach to the landscaping and surrounding gardens. Focusing on genius loci or “spirit of place,” he looked to the Southern California of the 1930s for inspiration. “It was a simpler and elegant time,” he explains. 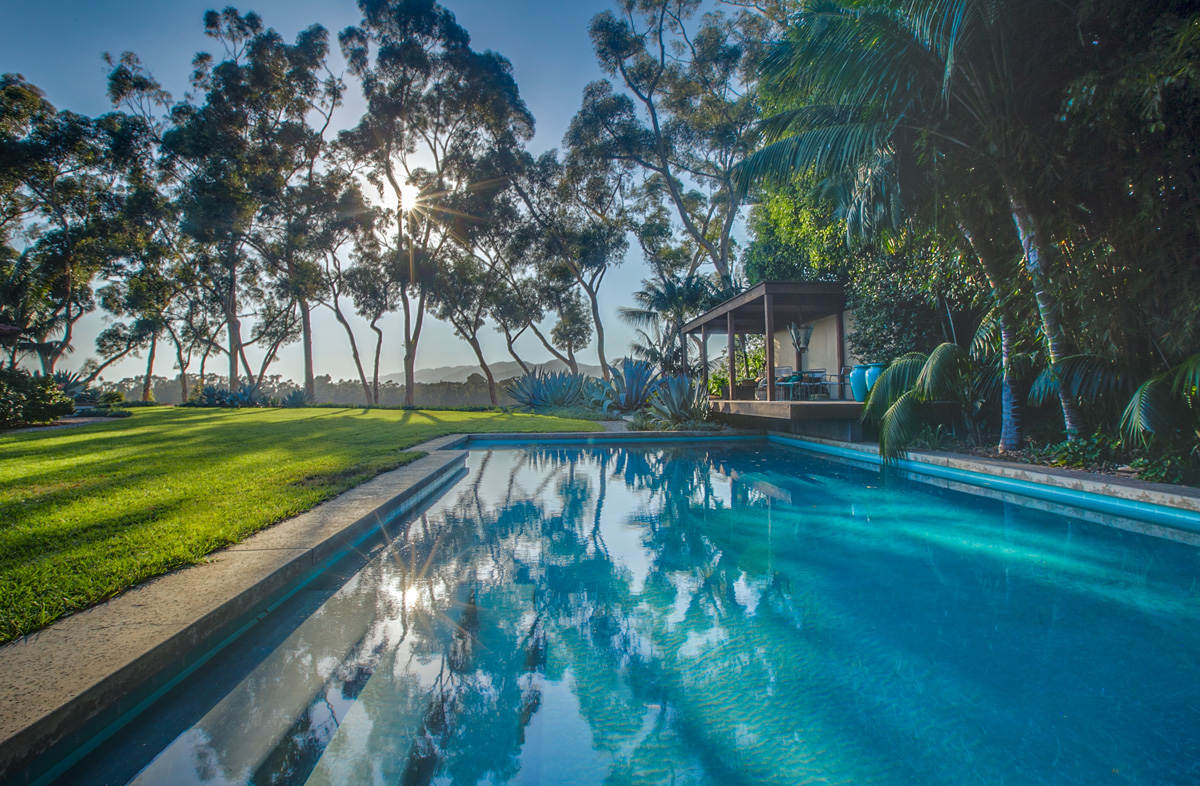 A beautiful flat lawn embraces the pool and several outdoor pavilions, which are shrouded by original eucalyptus trees and only seven different kinds of plant species, ranging from blue agaves to blue senecios and Kentia palms. “There are no flowers that call attention to themselves,” says Griffith. “Every plant I chose very carefully for its aqueous color to complement the pool, sky and ocean. I did everything as a framing device for the house and the view.” His conscientious design, both indoors and out, has resulted in “an extremely comfortable house to live in,” he says. “It’s such a pleasure to be here every day.” 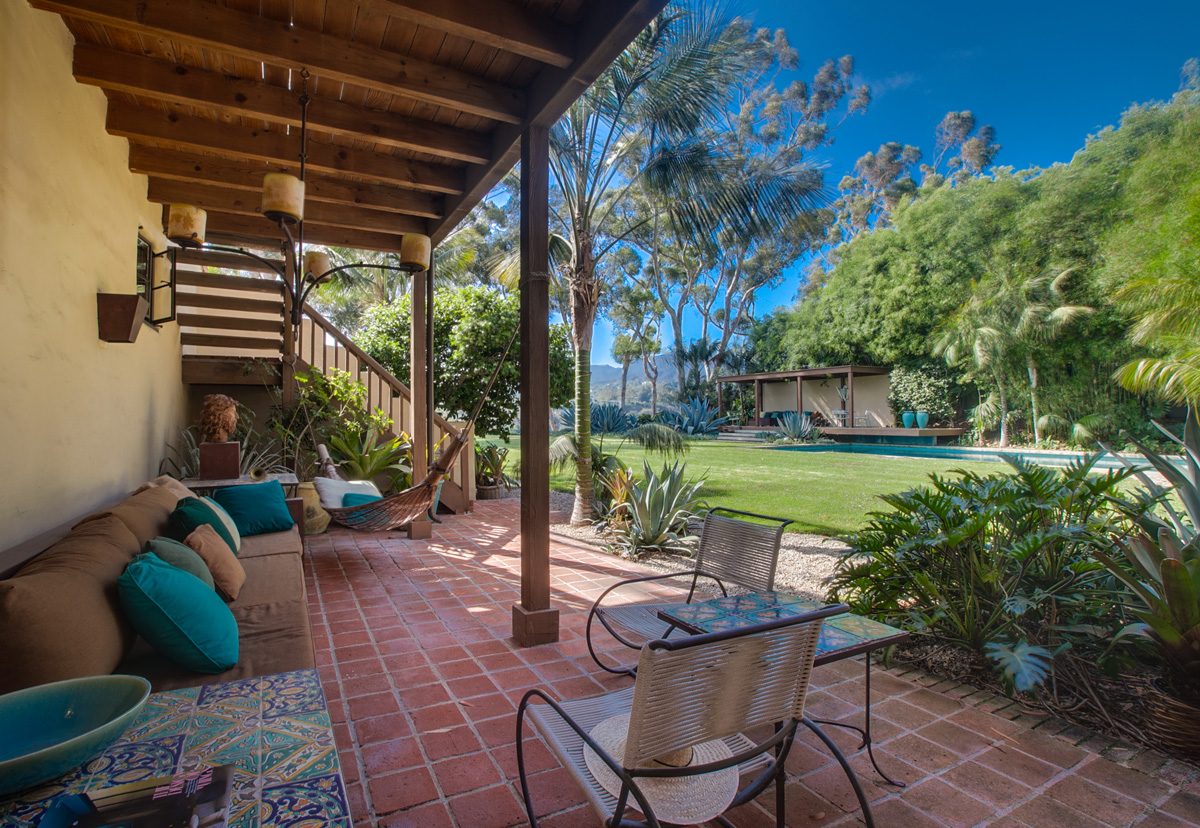 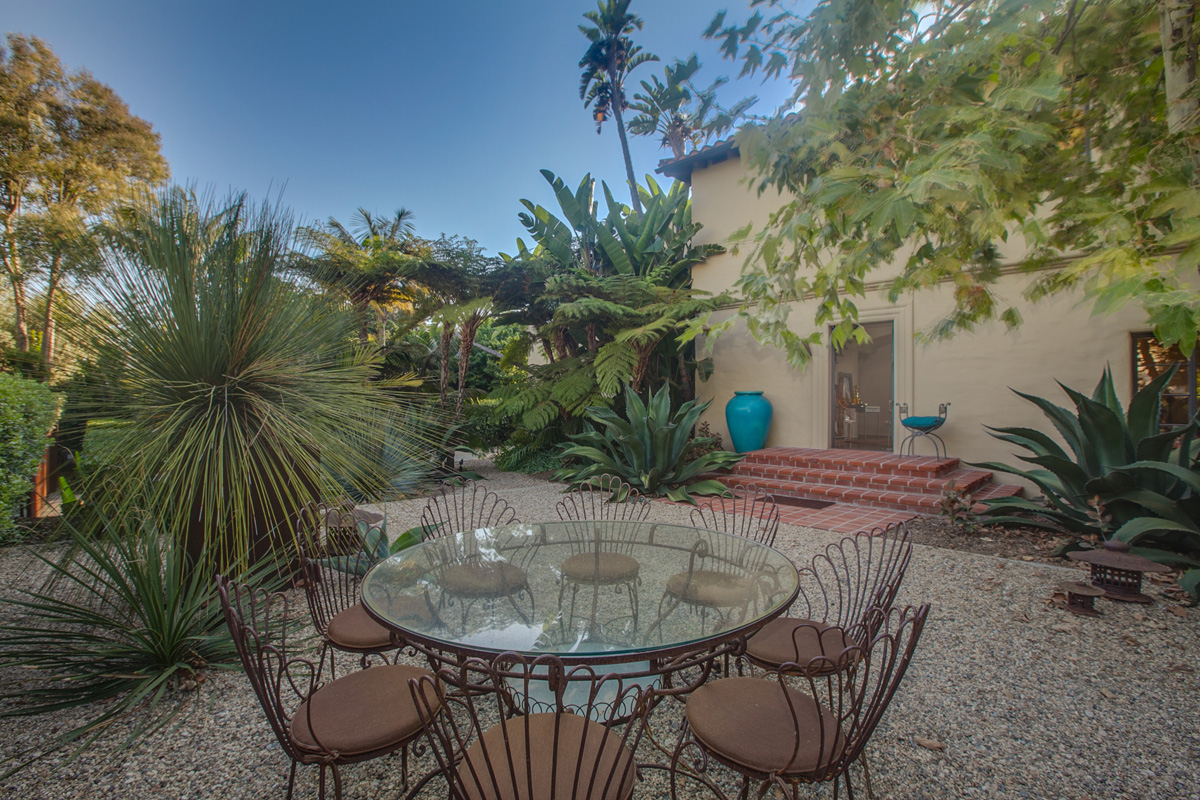 In a city where novelty reigns supreme and architectural landmarks are too often replaced with shiny modern mansions, a home that has been so lovingly stewarded by only three owners in 84 years is an exceptional treasure. Listing agent Fran Flanagan of Coldwell Banker Residential Brokerage in Pacific Palisades is a passionate defender of its precious qualities: “This home cannot be duplicated. It’s a once-in-a-lifetime opportunity to acquire a piece of Los Angeles history.” 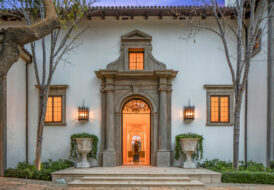 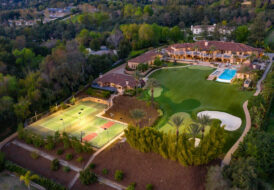 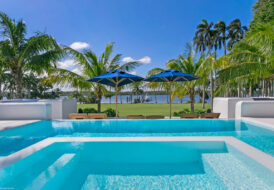 Inside Greg and Kirsten Norman’s $59.9 Million “Tranquility” Compound in Florida 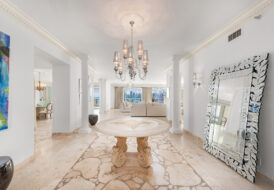