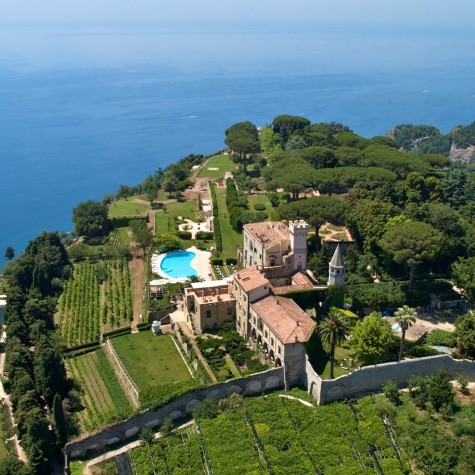 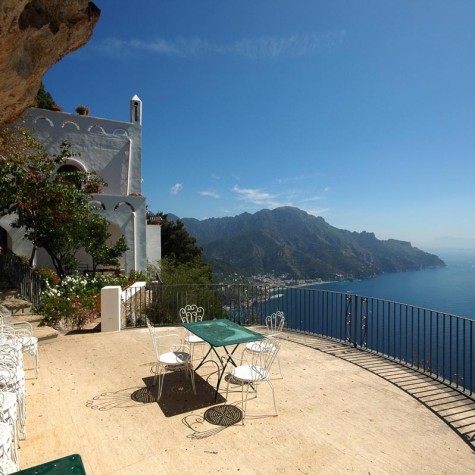 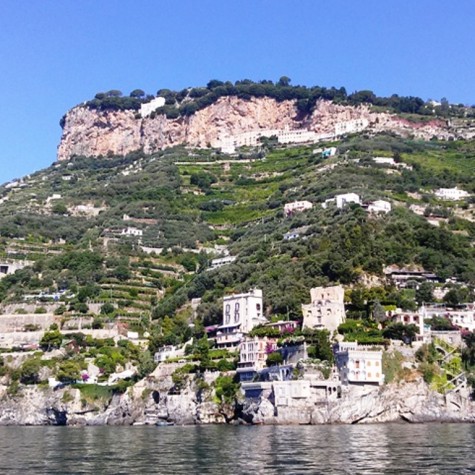 Nestled above the Tyrrhenian Sea along Italy’s Amalfi Coast, Ravello is an ancient resort town teeming with pastel-hued palazzos, tucked-away piazzas, dreamy gardens and just the sort of sweeping blue-water vistas that writer Gore Vidal once called “the most beautiful” in the world. 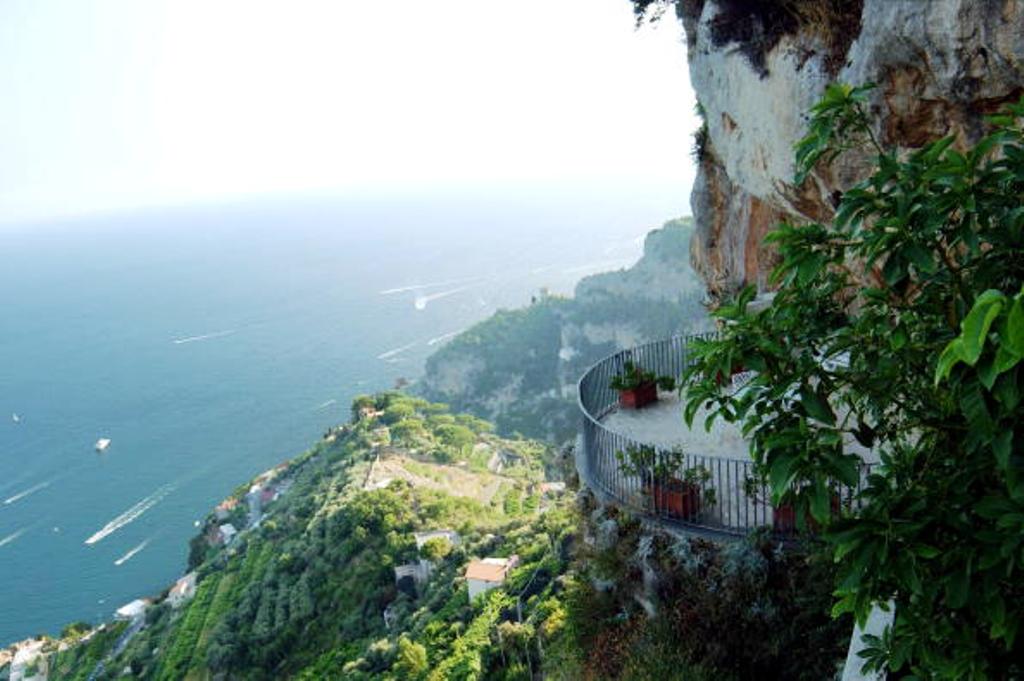 The American-born Vidal first came under Ravello’s spell in 1948, becoming part of its rich history of inspiring the intellectual set. You see, Ravello was an illustrious stop on the “grand tour,” the route of intellectuals, artists, writers and musicians such as E.M. Forster, D.H. Lawrence, Virginia Woolf, Tennessee Williams, André Gide, Richard Wagner and Leopold Stokowski. Vidal wrote of the great thinkers who came before and after him: “They reflected everything here magnificently in their works, even if only glancingly—the intense green, the transparent blue, the gray of the travertine stone, the stupendous atmosphere—and pointed out, with delight, the subtle balance that nature sustains here in the ancient center of the earth, the Mediterranean.” 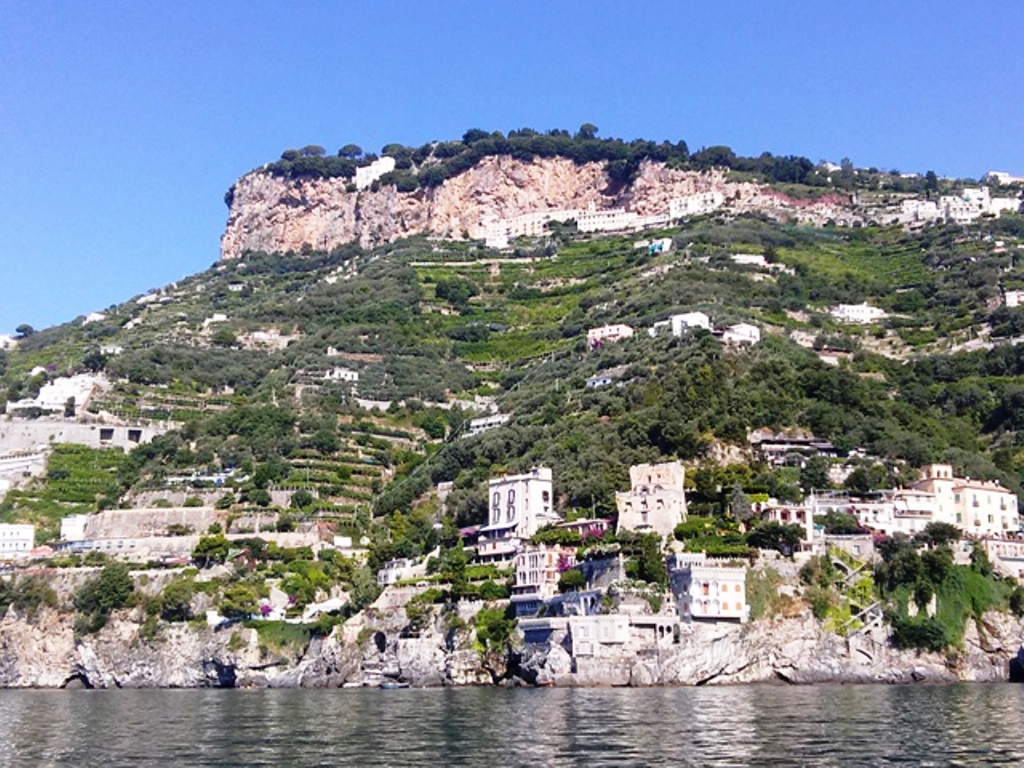 For decades, Vidal spent six months a year in Italy, living between Rome and Ravello, until he decided in 1972 to purchase a majestic stone manor, girded by rocks and set on a majestic hillside with unobstructed views of the sparkling Bay of Salerno. He recounted to Architectural Digest the experience of walking down the long cypress allée leading from the front gate: “I said to myself, I’m going to buy this place.” 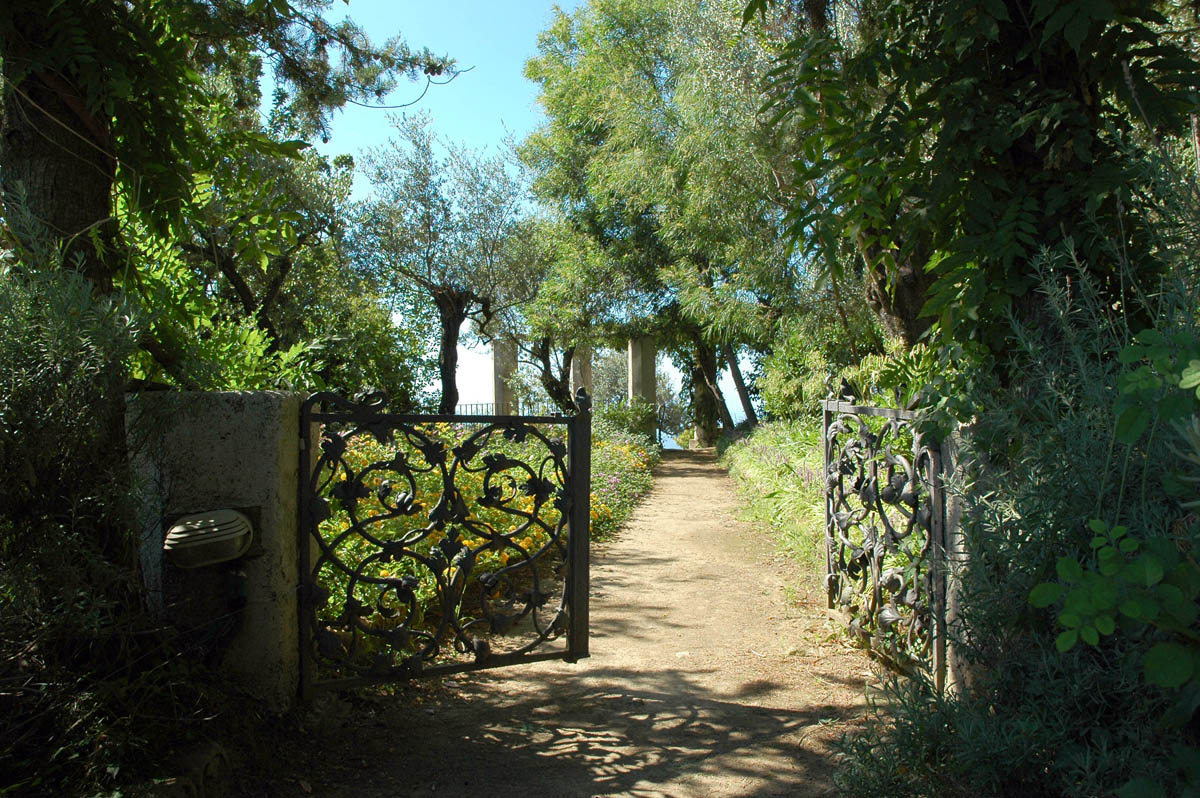 The entrance leading to Villa Rondinaia.

Named for its resemblance to a swallow’s nest, Villa Rondinaia was originally built in 1930 by Lord Grimthorpe, a wealthy banker from Yorkshire, who had acquired the ridge called Cimbrone at the beginning of the 20th century and began restoring the 11th century manor on the ridge that would later become legendary hotel, Villa Cimbrone. 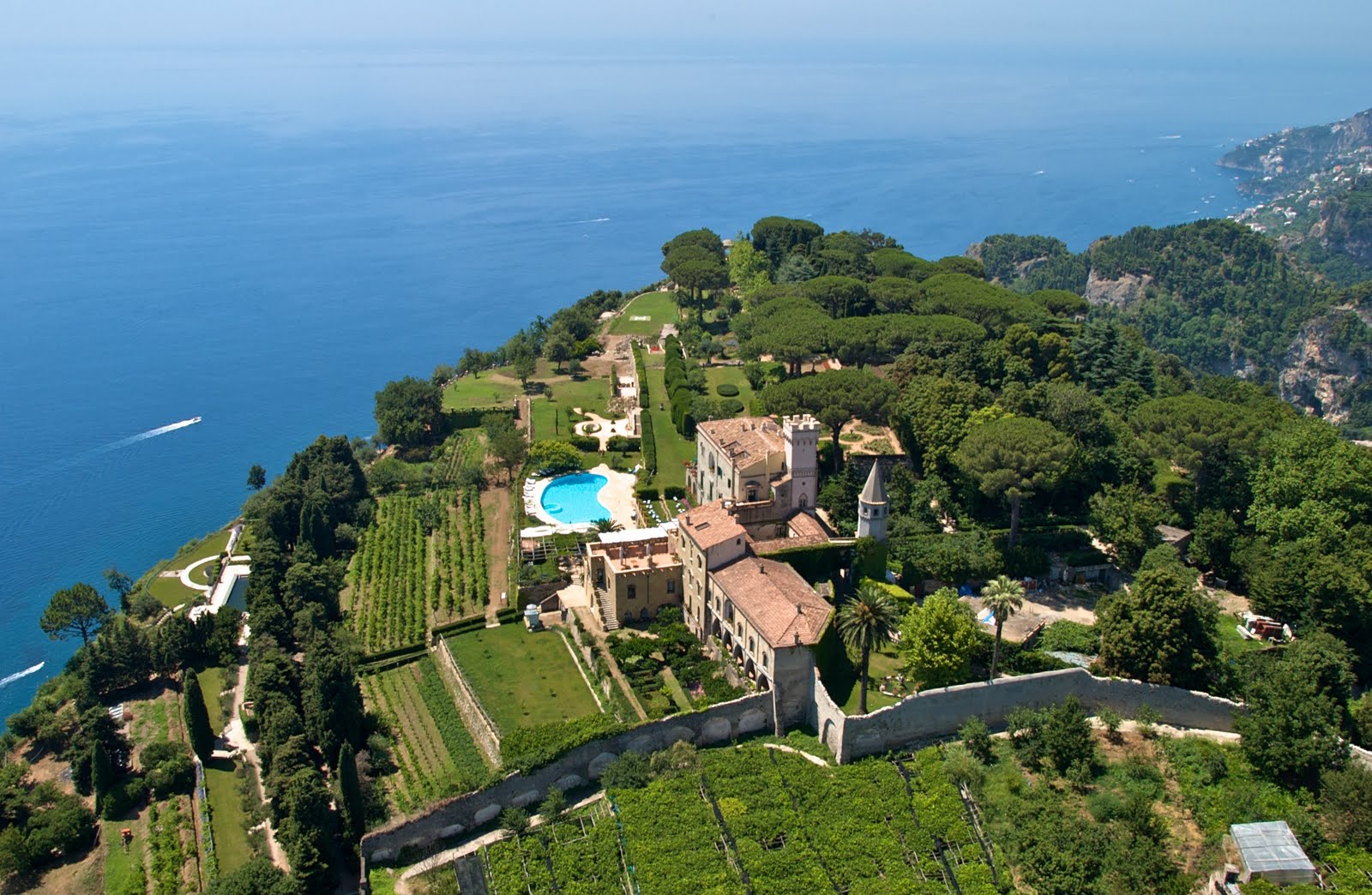 To this day, the two manors share a park—with Villa Rondinaia set in an enviable position, resting at the convergence of three paths and directly facing a dramatic drop to the sea. Vidal lived at the 6.5-acre estate for nearly 30 years, finding it a natural artistic escape—a place where he could easily retreat into silence and solitude. Now, in an exclusive opportunity, Vidal’s splendid and impenetrable Rondinaia has come onto the market for $22,714,367 USD. 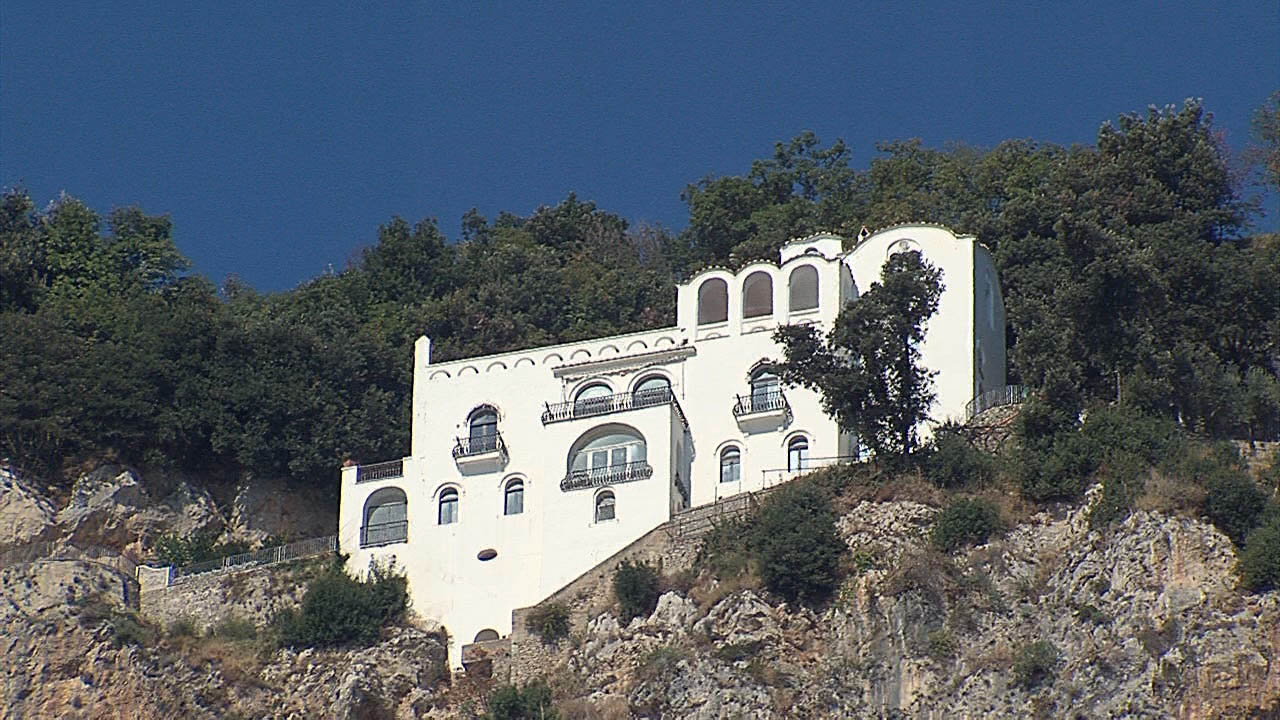 “La Rondinaia is one of the most beautiful and unique villas on the Amalfi Coast and in the whole of Italy,” says Carolyn Delli Santi, the property’s listing agent with Coldwell Banker Immobiliare Cassiano Sabatini & Partners. “Its unique history, combined with the surrounding panoramas, carefully guarded privacy and uninterrupted stream of illustrious guests over the years, make it an unparalleled real estate opportunity.”

The captivating view from a terrace at Villa Rondinaia.

One can see why Vidal (and guests before and after him) gravitated towards the villa. The six-bedroom, seven-bath residence carved into a precipitous cliff face on four levels, spans approximately 10,500 square feet—offering plenty of moments for seclusion. Following a classical Roman floor plan, with a series of rooms opening off long halls, the castle-like residence is a stable presence on the ridge. 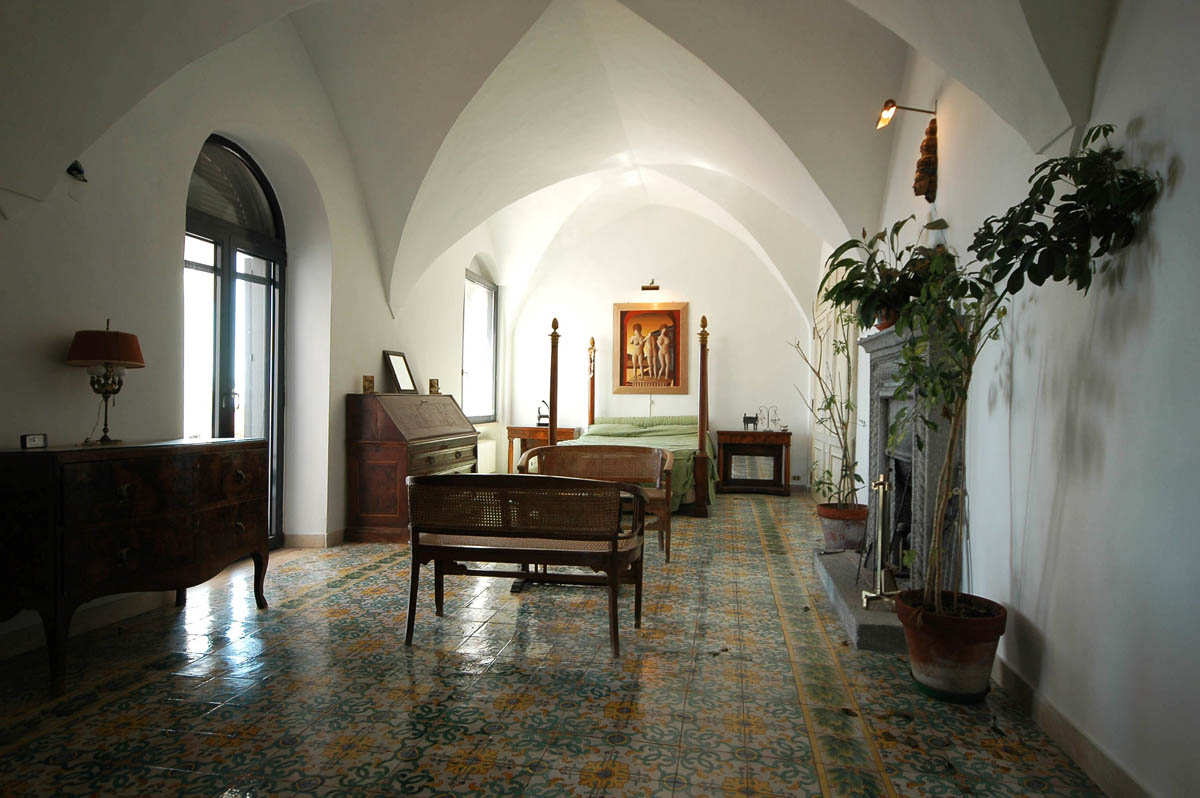 A bedroom at Villa Rondinaia. 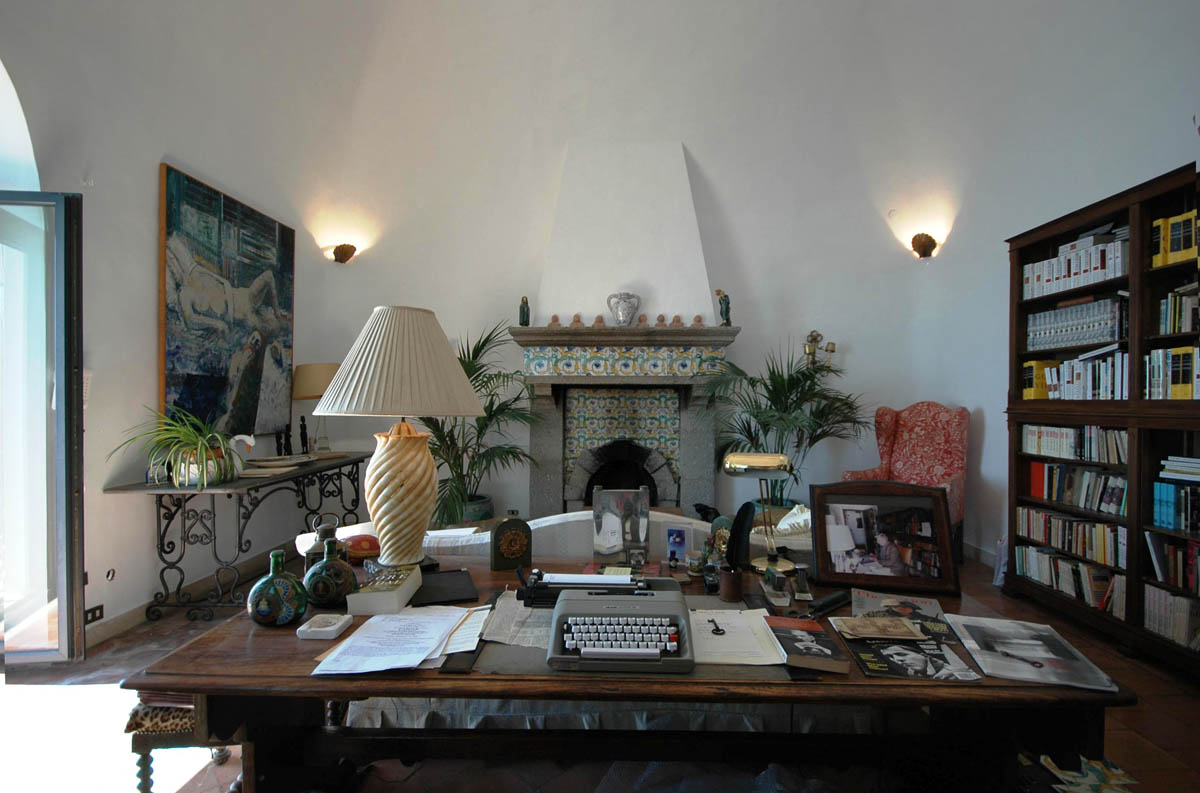 A study, where Gore Vidal wrote most of his books at Villa Rondinaia.

Beyond the interior, private, terraced grounds are traced with serene pathways through overarching lemon and olive groves, chestnut trees, grape arbors and lush, tranquil gardens blanketed by wisteria and bougainvillea. There are invitations for relaxation, too, in the form of a pool, pool house and sauna, added in 1984 by Vidal himself. He took particular joy from reading by the water all morning, followed by swimming before lunch, then returning at sundown to watch the swallows sweep out of the evening sky to drink from the pool.

The pool at Villa Rondinaia.

Concludes Delli Santi: “Even when Gore Vidal was traveling for his work, he would tell people that his mind always turned back to Ravello. It’s an experience that the new owner of La Rondinaia will surely share with him. The magic, privacy and distinction of this historic property are forever etched in a rugged seaside cliff.”