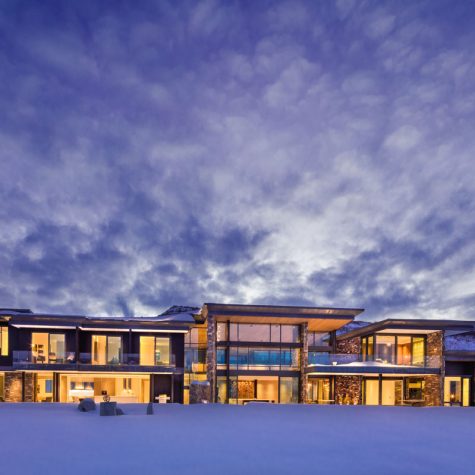 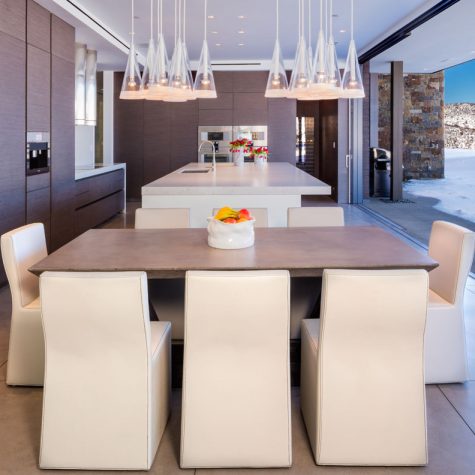 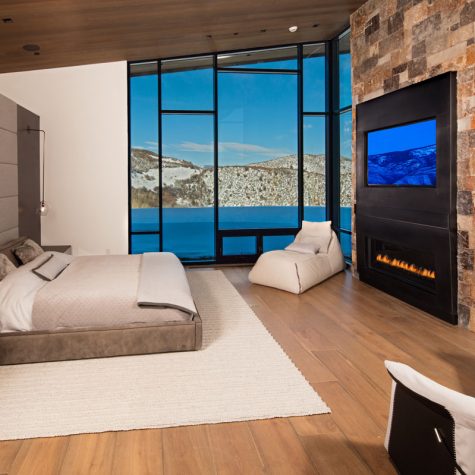 In Greek mythology, Elysium, or the Elysian fields, was a final resting place for the souls of the heroic and the pure. Over time, the name came to mean an eternal state of bliss. This is the inspiration behind a breathtaking new Aspen contemporary masterpiece designed by Seth Hmielowski, the lead architect of Z-Group. Stretching across 36 private acres, Elysium carves out its own place in space and time with sweeping vistas of the continental divide that seem to stretch into forever.

“As you approach Elysium, you drive up a driveway spanning nearly 1,000 linear feet,” describes Hmielowski. “The house is nestled into the mountain behind you, as you approach and is clearly oriented toward the expanding vista beyond. It’s rather uncommon in Aspen to see such great, wide open expanses — so often, Aspen homes are oriented towards specific mountains. We took advantage of this extensive raw vista by creating an extremely linear house to capture every aspect of the unending view.”

The architecture appears to rise out of the land, in a monument of stone, steel, concrete, glass and wood. The theme of continuation begins with a serene waterfall element, which guides visitors inside. Later, a lighted water pathway leads to a spa at the rear of the property. A custom-made sculpture, in the form of a ring made of wood from Thailand, rests at the entrance to welcome visitors.

“We kept the hallway one straight line and added large windows at either end — which almost gives the effect of an infinity edge with the structure,” explains Hmielowski. “You’re interacting with the stone walls throughout the house, either walking along them or walking through them to enter rooms and spaces. Instead of seeing a long hallway, which may feel daunting to some people, you want to experience it.” 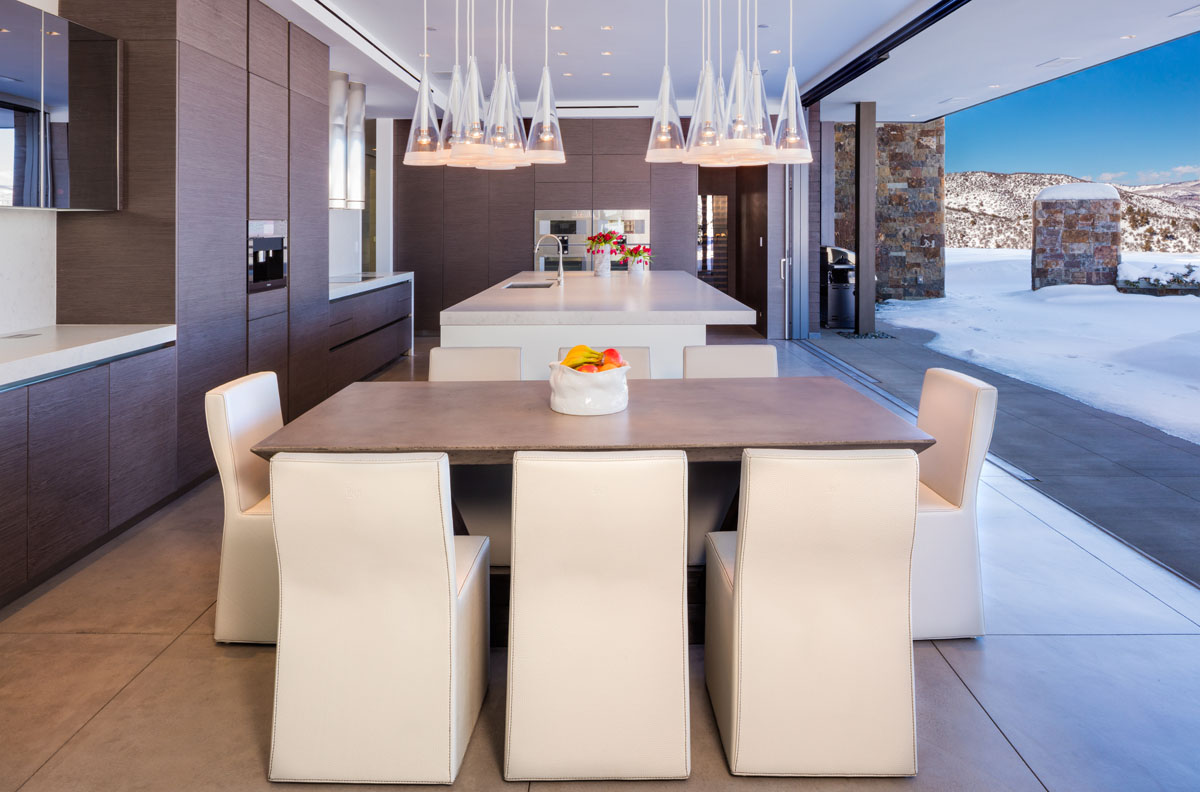 A sleek, beautiful eat-in kitchen and adjacent family room opens up to a unique outdoor family room with large cantilevered overhangs, allowing the homeowner to entertain year-round — even in the winter months. All six bedrooms have their own balconies, offering a link to the outdoors. The line between inside and out blurs, perpetuating the never-ending serenity promised by Elysium.

“We wanted the house to feel open to the surrounding nature,” says Hmielowski. “The idea was to bring the inside out, and the outside in both with material but also spatially.” 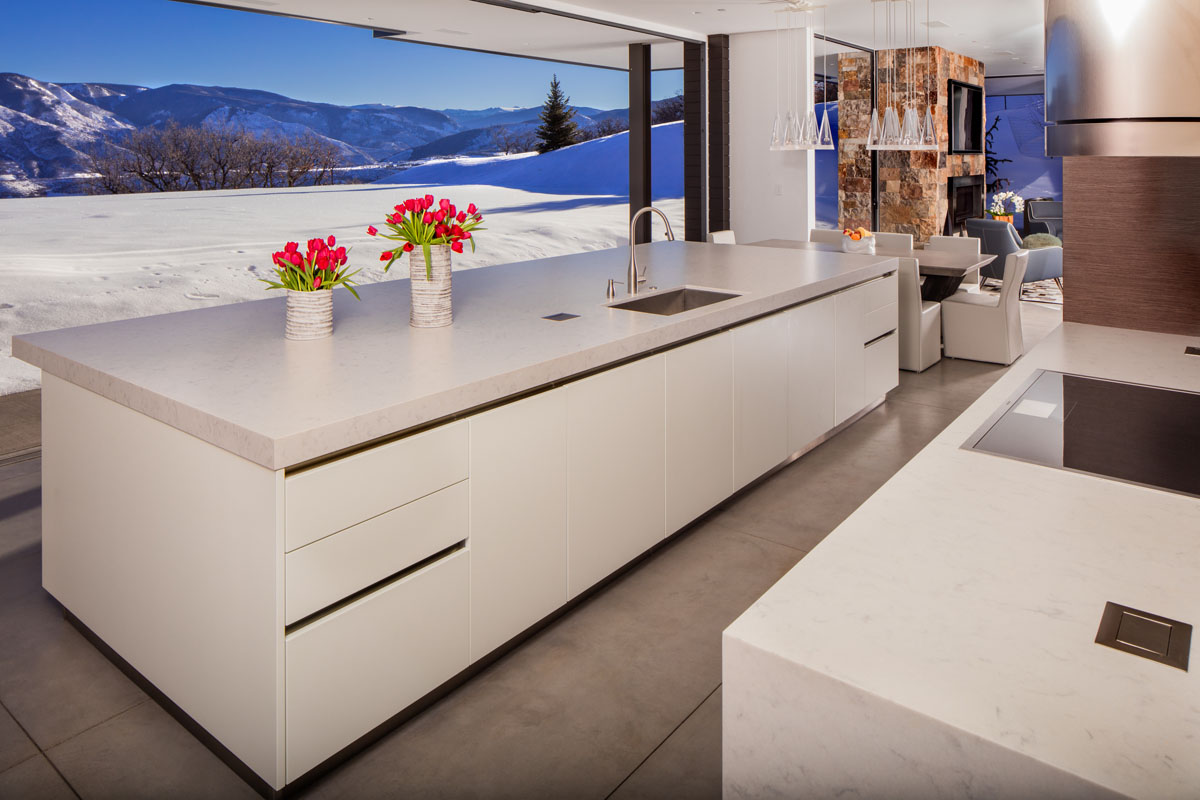 To create a sense of timelessness, the architectural team sourced the highest-quality materials for Elysium. Finished concrete floors blend with Telluride Gold stone, creating a beautiful juxtaposition of textures. 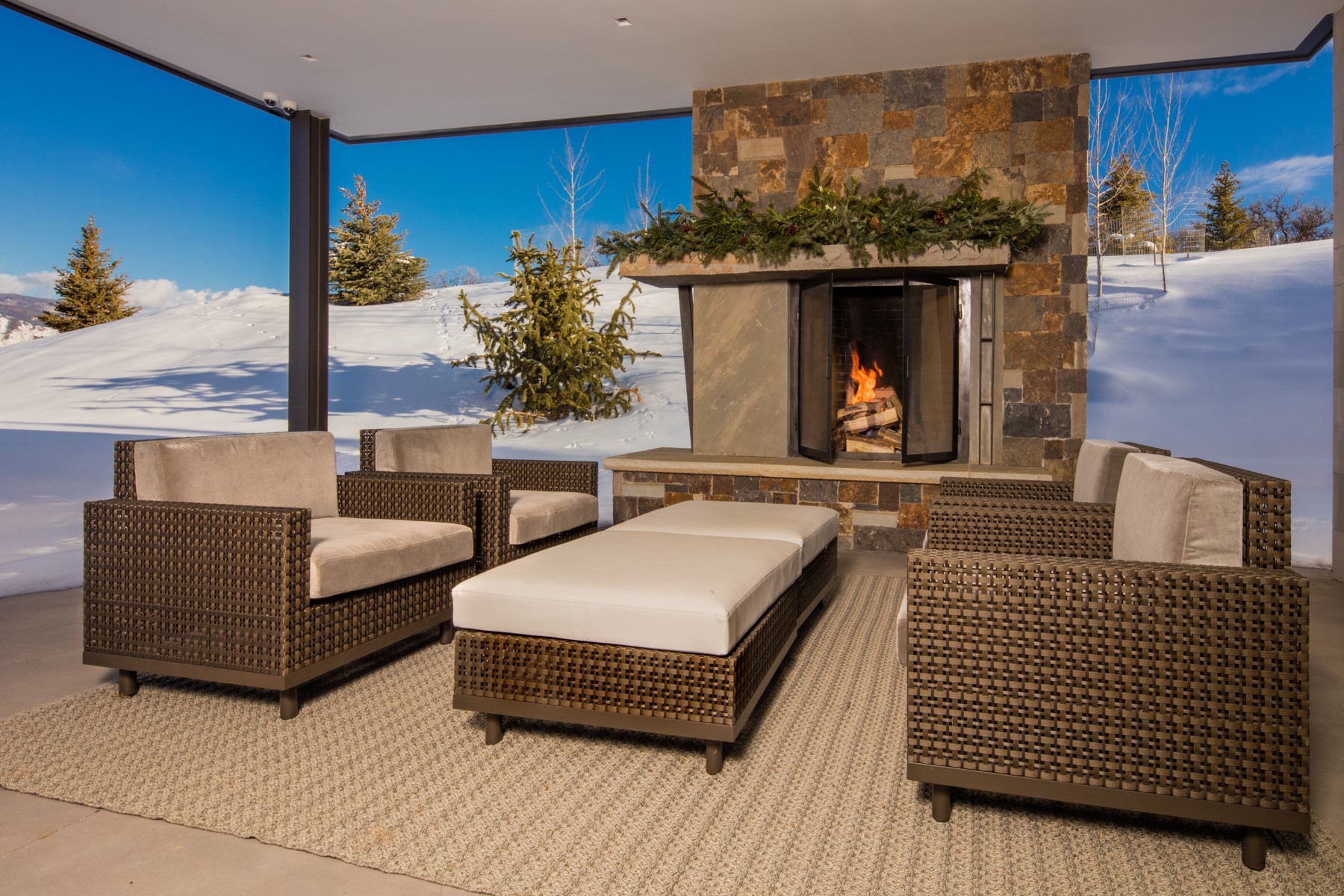 In the great room, for example, a large honed stone wall spans the north-south axis, giving the space a feeling of being stable and “regimented,” says Hmielowski. This wall is intersected by another wall, rendered in a rawer, rougher stone.

“The heavy stone walls extend through glass panels, blurring the line of what is inside space and what is outside space,” says Hmielowski. “We did this in a few places throughout the house to create a greater sense of connectivity with the landscape.” 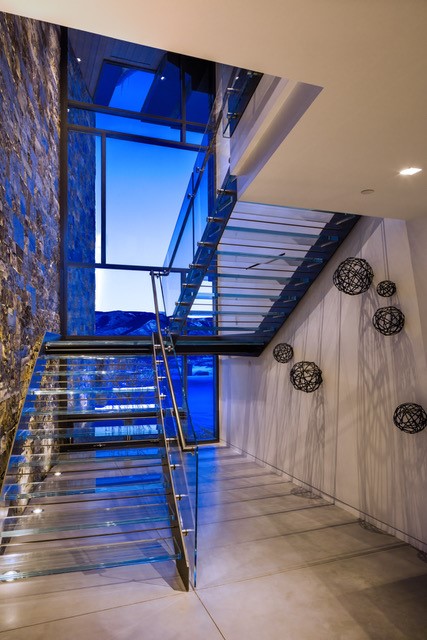 A striking glass stairway leads upstairs and creates a moment of “wow.” Hansgrohe fixtures, Dado free-standing bathtubs and radiant in-floor heating are featured throughout. Four gas fireplaces and wood-burning fireplace provide warmth and an inviting ambiance. Gama furnishings and Surya rugs, artfully selected for each space, were woven into the design to give it a luxurious feel. A home automation and LED lighting control system by Vantage allows the future homeowner to control their home no matter where they are in the world.

Wellness elements abound at Elysium, with three steam showers and a large gym with a massage room, which opens up to an outdoor terrace and spa. A Zen garden also offers a tranquil place to release one’s mind and embrace the alpine landscape, the shifting skyline and the low whisper of fountains.

From its unifying connections to the land to its unparalleled quality and spirit of wellness, Elysium has lived up to its name in every way possible.

“This rare architectural masterpiece invites you to experience a truly unparalleled lifestyle,” says Carrie Wells of Coldwell Banker Mason Morse, who has recently listed the enviable property for $19,950,000 USD. “Your mountain paradise awaits at Elysium.”

More information can be found by contacting Carrie Wells at (970) 948-6750 or carrie@carriewells.com.

Elysium Captivates on 36 Acres in Aspen

Elysium Captivates on 36 Acres in Aspen 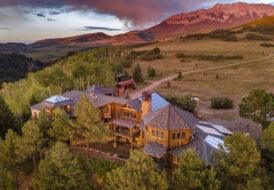 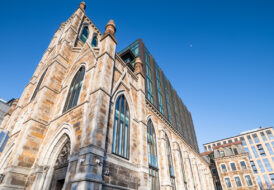 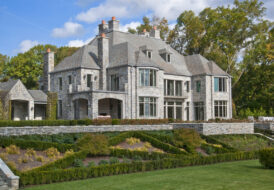 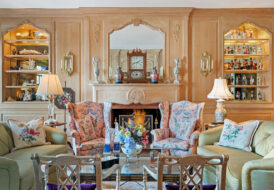 A Manor in the City