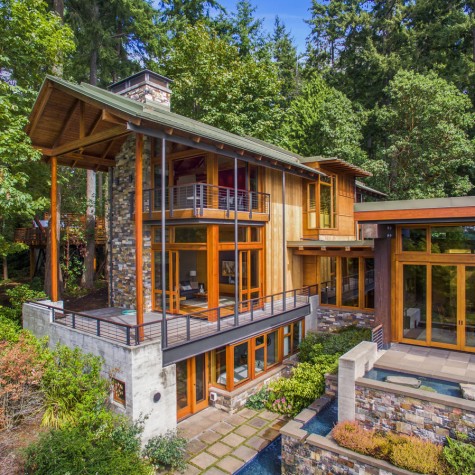 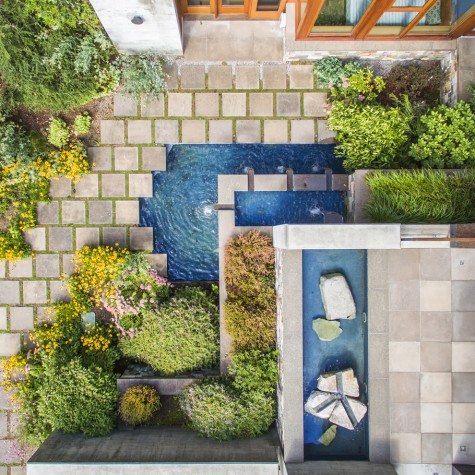 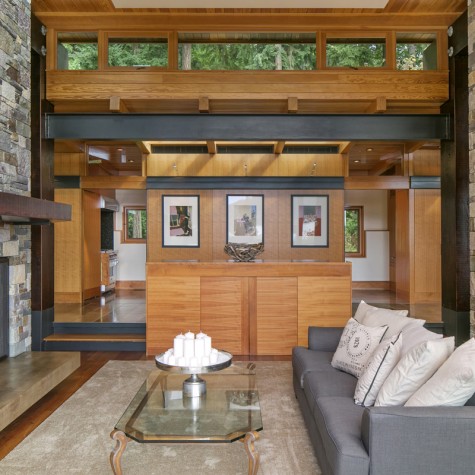 The legend of the Canadian Exporter, a 100-foot cargo ship that ran aground in unseasonably thick fog in the summer of 1921, has inspired tales since that fateful night. In 2001, a portion of what is believed to be the remains of the ship surfaced on the eroding — and aptly named — Washaway Beach on Washington’s Willapa Bay, reigniting interest in the wreckage and the mystery behind it.

A sighting several years later invited even more intrigue, while also inspiring one of the more magnificent compounds in the Northwest, now listed for sale for $8,860,000 with Wendy Lister at Coldwell Banker Bain. 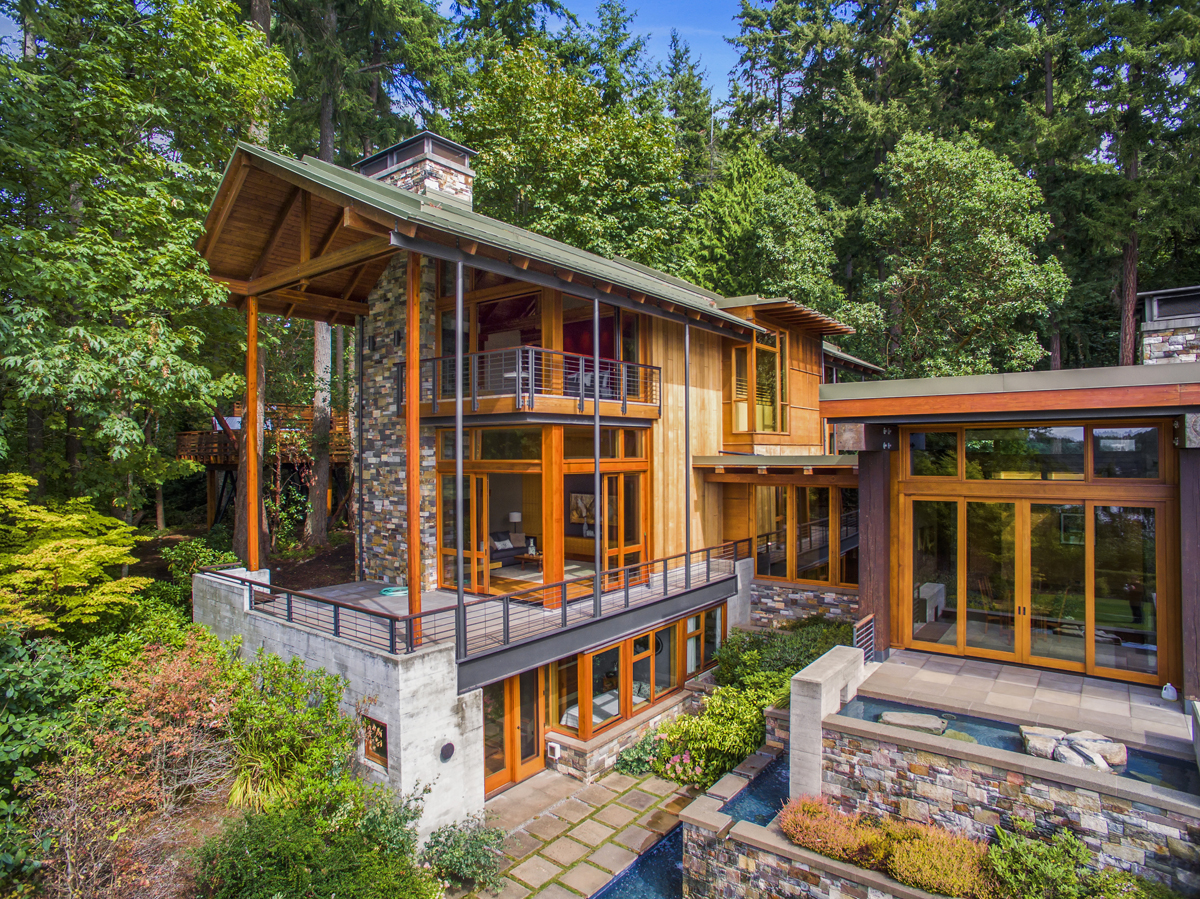 At the time, AIA award-winning architectural firm Miller Hull was designing a custom feng shui-compliant estate on 13 acres of beachfront Bainbridge Island property overlooking the Puget Sound and Olympic Mountains. Planning out how to site the home so as to best take advantage of the setting was a challenge; so, too, was selecting materials that would meet the owner’s high expectations and commitment to environmentalism. But then … there was that shipwreck.

“I was just starting the schematic design with the owners, and we had heard over the Internet about some 30-inch-square, 40-foot-long timbers that had been recovered from the water,” says Craig Curtis, design principal at Miller Hull. “I knew the owner had the desire to showcase wood in a specific way in this house, so I let him know, and he drove out to southwest Washington the next weekend, bought almost the whole lot and delivered it to the site. The heart of the house is entirely framed with timbers from that shipwreck.”

The best guess for how these massive hunks of wood ended up floating in the bay: they broke free in another storm, after having been strapped down in the ship’s hold since 1921. Markings on the timbers tracked them to the Exporter. And despite being submerged in saltwater for 80 years, they were “absolutely spectacular,” says Curtis. “There was some surface damage, but we took them to a mill, cut them down to 24 inches square, and they were gorgeous.”

The wood became the pavilion of the home — the gourmet kitchen by Charlie Trotter’s designer, with its custom cabinets, double Wolf ovens, and multiple Sub-Zeros; the spacious living room and formal dining room. Here, the views of vibrant blue and green contrast with the rich wood, and walls of glass that slide away provide an even closer look at the coast as well as instant access to the outdoor patios, garden and grassy lawn. 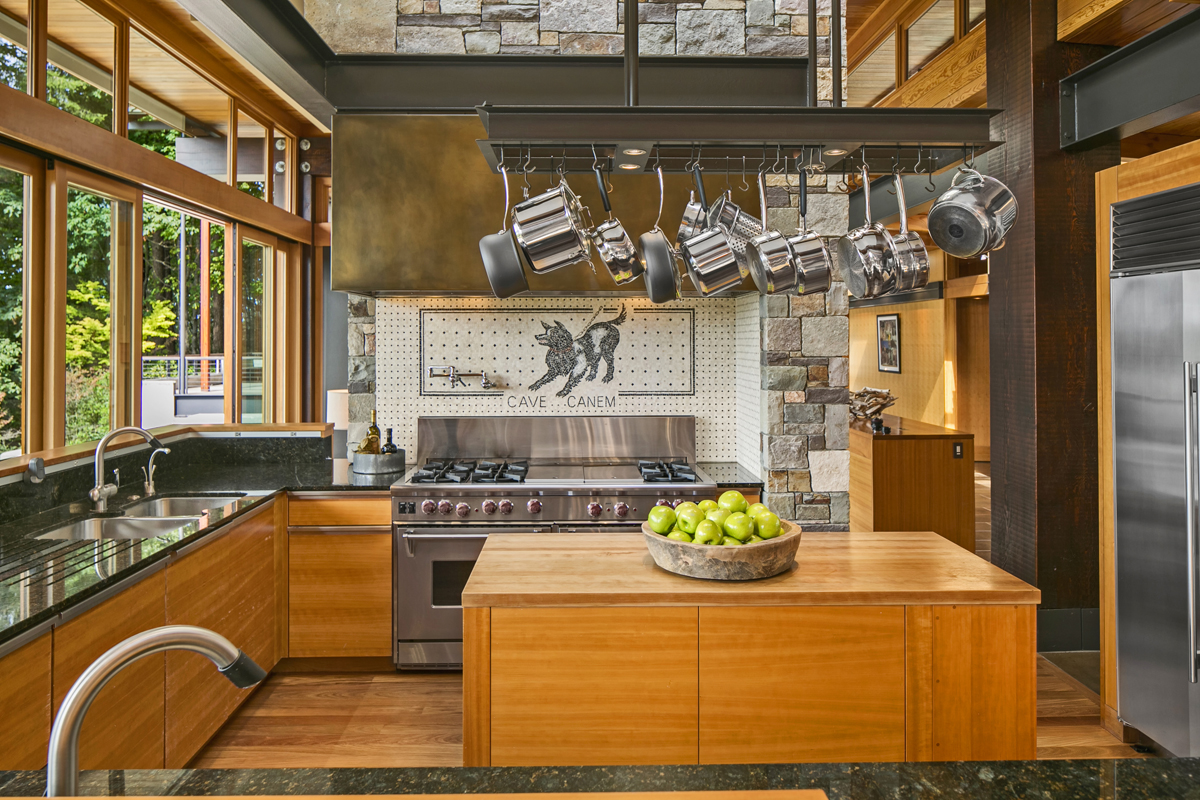 Finally, there is the 10-foot cantilever over the view terrace. “We would never have been able to create that with standard framing,” says Curtis. “It felt appropriate to show off the strength of the product with that heroic cantilever.”

The home’s sustainable features didn’t end with the shipwreck. In fact, everything — from the way it was positioned on the land to the exterior cladding chosen — served a greater purpose. 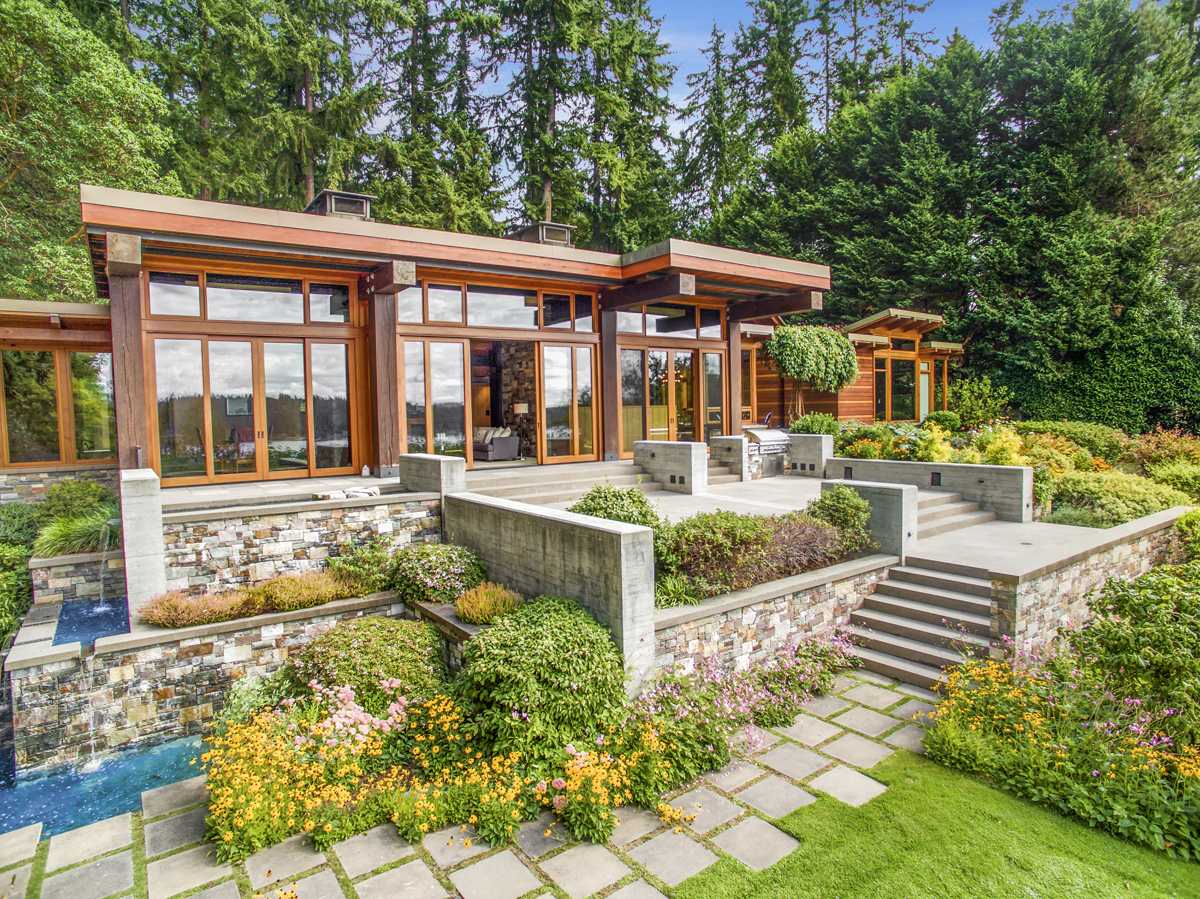 “It was important to the owner to have beautiful wood on the outside of the house, but he didn’t want to cut down old-growth cedar to accomplish that goal,” says Curtis, who also incorporated steel T’s, paired chimney masses and stone walls into the home’s design, as well as some of the highest-tech and most structurally advanced features available on the market. “He found a private owner who had a massive, 1,000-year-old standing stump on his property; it measured 10 or 12 feet in diameter and 30 feet in height, and the tree had blown down years ago. That was turned into the wood that clads the house. In person, you can’t believe it’s cedar. It has the tightest grain and is perfectly straight, with not a single knot. It provided another once-in-a-lifetime opportunity to work with this type of material.”

The resulting exterior creates a masterful appearance on its own, and especially within the context of its coastal forest setting. Working with, instead of against, the natural features of the land has created the feeling that the home was dropped into the forest, sculpted into the landscape, with views framed throughout the home and a bounty of nature beyond the thicket of trees.

“The entry sequence is one of my favorite features of this property,” says Curtis. “When you come to the house, you drive through what feels like a national park, with a winding road that sneaks through the trees, a serene Pacific Northwest garden experience, and a tranquil reflecting pool. Beyond the front door, the view just completely opens up as you transition from the front into the entry and onto the terrace. It’s also not bad to be able to sit in a hot tub on a trestle in the middle of the forest.” 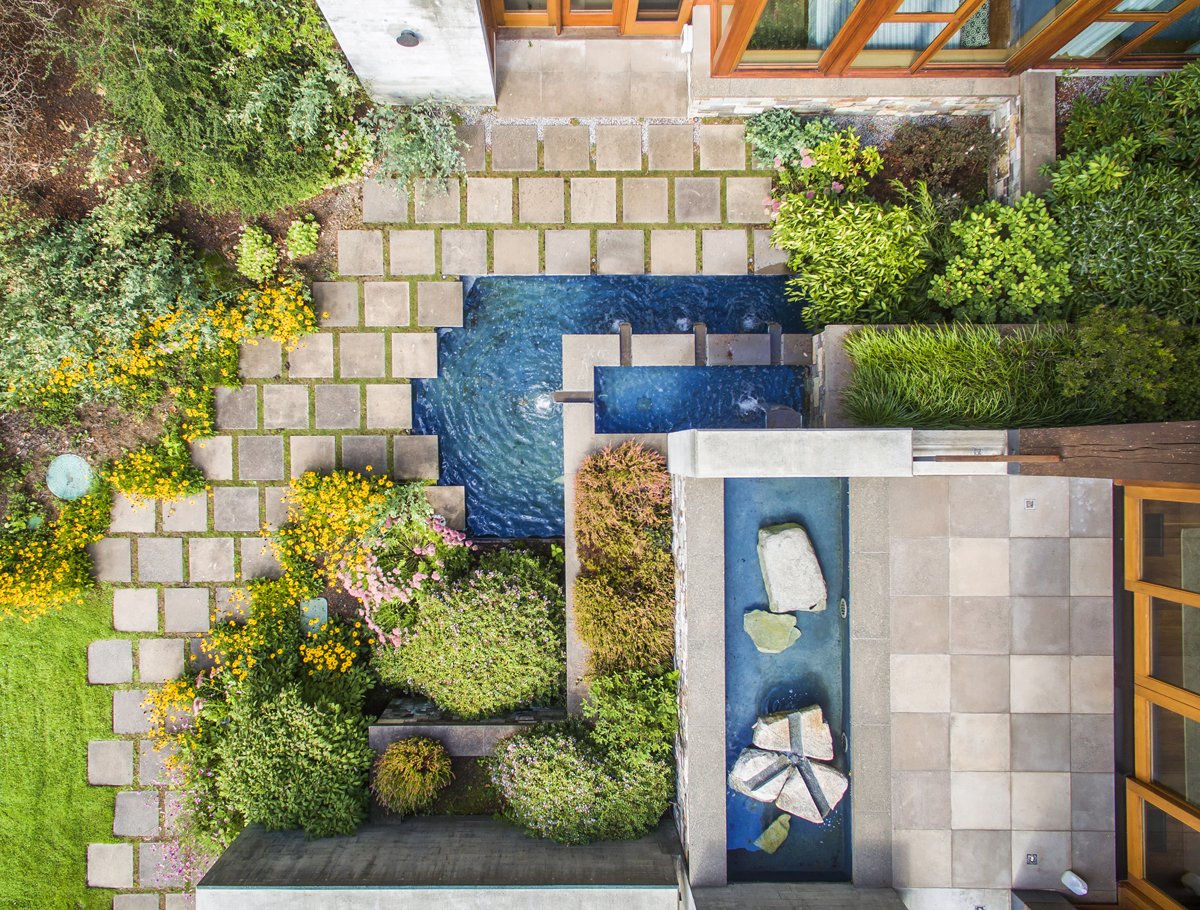 This most welcome of features is among many other surprises in the home. A full catering kitchen hidden from view does the dirty work, so the main kitchen can remain pristine. A massive, 4,000-bottle wine and liquor cellar featuring stone imported from China can be masked by a secret sliding panel. Ditto for the master bedroom — a nod to the home’s ability to balance comfortable daily living and grand-scale entertaining. 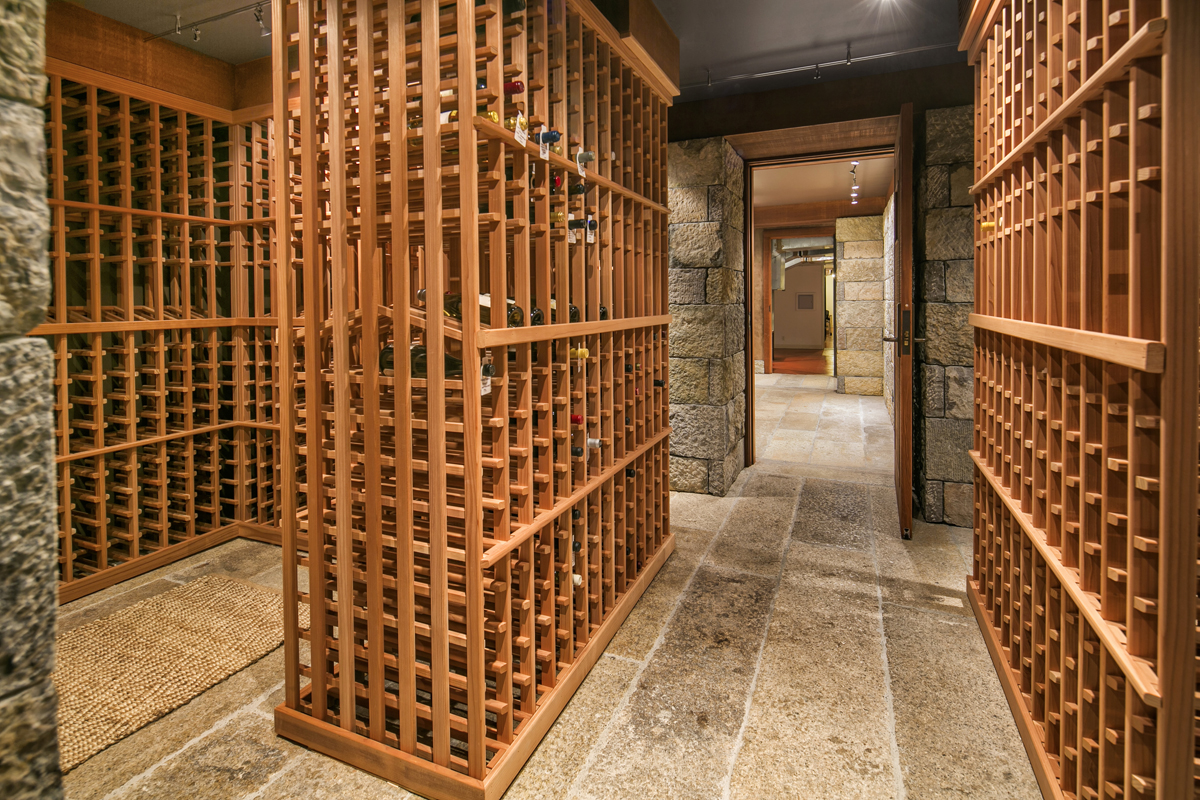 “The house is set up for a combination of both, with a lot of attention given to the ability to entertain,” says Curtis. “You can lock down access to the incredible wine cellar, and no one would even know it’s there. The master bedroom is tucked into the forest in a serene, quiet spot of the home, and it can also be concealed behind a sliding door so it’s out of view of guests.” 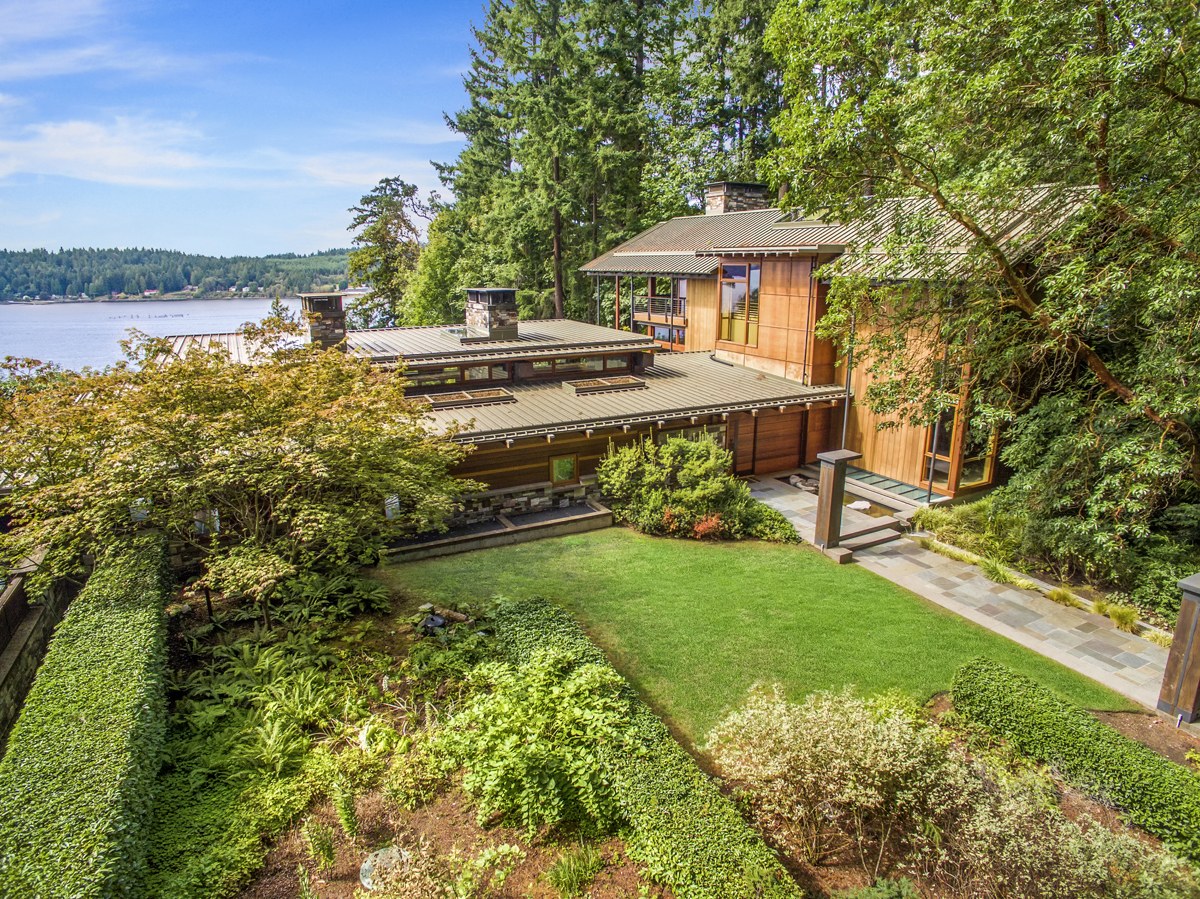 With a property whose very foundation was built on a mystery, it’s apropos the home would offer a few more.

You can find more information about this property here, or contact Wendy Lister at Coldwell Banker Bain.