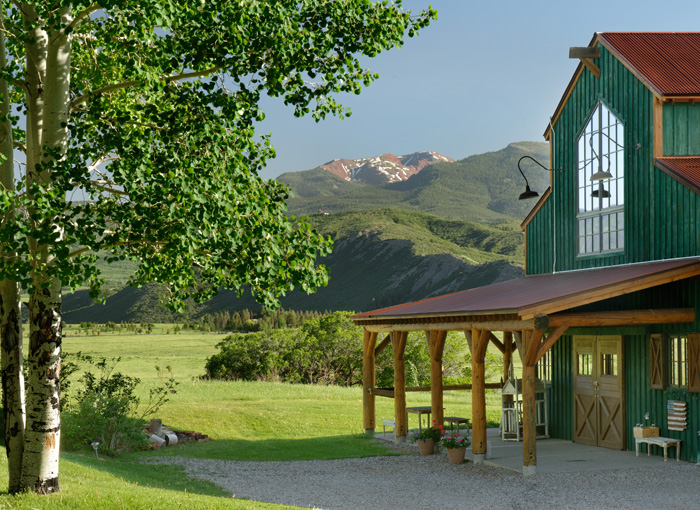 Aspen. It is not a completely unexpected place to find an off-the-grid home. After all, it is a place of unspeakable natural beauty—where the Rocky Mountains touch babbling brooks and sweeping meadows and forests of Aspen trees dotting the landscape. Who wouldn’t want to protect it? Aspen may be one of the few places in the world where conservationists and organic farmers mingle with wealthy venture capitalists and celebrities; where wind turbines and solar panels mix with multi-million dollar ranches. Those who call this quiet resort town “home” often live in between two worlds: the rugged and refined (and not necessarily in that order). 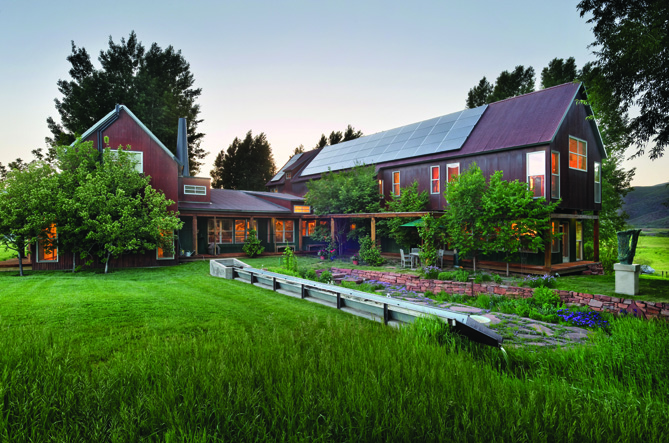 If there was ever a home that beautifully straddles these two worlds, it would be this 13-acre White Star compound on the market for $10,950,000. On the one hand, the property represents the quintessential picture of Aspen luxury: expansive views, picture-perfect grounds and the ultimate in privacy. On the other hand, it has been completely reimagined to have the least impact on the environment. Suzanne Farver, a Harvard teacher and environmentalist who sits on the board of the Rocky Mountain Institute, purchased the lot in 1990 and lived there for roughly 15 years until she decided to embark on an ambitious (and expensive) “green” retrofit.

“That house is really built around my art collection,” she says about the contemporary farmhouse-style compound originally designed by legendary Aspen architect Harry Teague. “Aesthetically, it is beautiful. But after going back to school for my master’s and studying environmental management and the significance of climate change, I realized that some of my original design decisions were not energy efficient.” 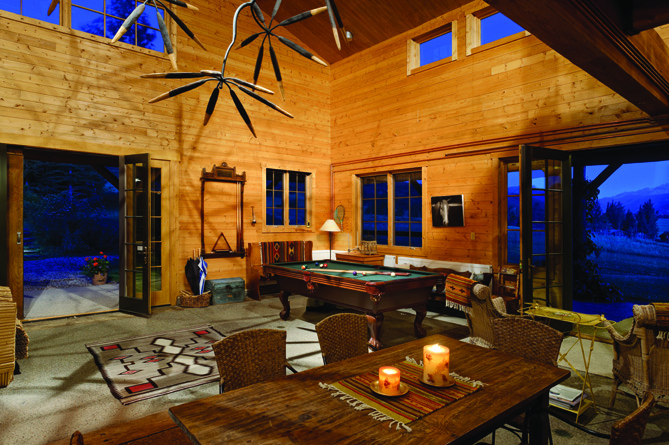 Farver began by inviting auditors to come and assess the home’s energy usage—an experience she describes as “a wake up call.” After reviewing their reports, she realized she needed to turn things around for the sprawling compound, which totals about 10,000 square feet of livable space, six bedrooms, caretaker quarters and a guest house/barn. First, she turned off the energy-sucking humidifiers that “keep her art collection happy” and substituted more efficient models. Then she worked in phases, adding solar panels to the roof and solar thermal collectors.

“I briefly thought, ‘What would Harry think of me adding solar panels to his home?’” she recalls. “But the house has an industrial, rusted metal look…they blend right in.” 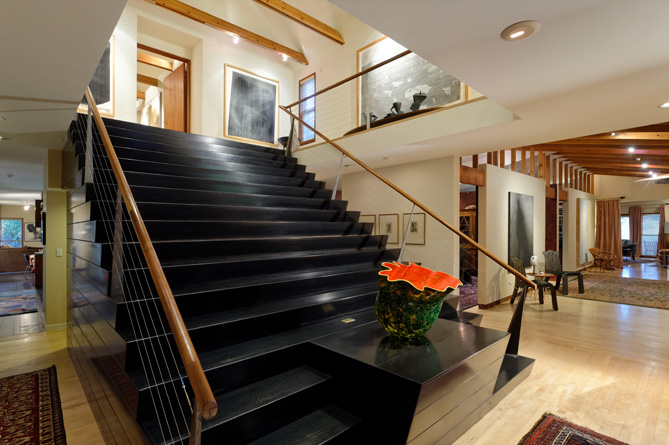 She thoughtfully added energy-efficient lighting, an energy-efficient furnace, insulation to heating pipes and ENERGY STAR® appliances. She even replaced her beloved Sub-Zero with a more energy efficient Sun Frost refrigerator that uses one-tenth of the energy. In the end, her efforts reduced the carbon footprint of the house and barn by a massive 80%—an achievement that earned the praise of even the staunchest local environmental activists.

“It’s more difficult to do a retrofit, but I wanted to show the neighborhood that it could be done,” says Farver, who wrote a book called “Mainstreaming Corporate Sustainability” in 2013.  If you can afford it—and most of us can in White Star—why not be a part of responsible living?

Affluent buyers may or may not see it that way.

“There are some buyers who are blown away by the energy charts I show them and there are some who are less impressed—it all depends on the buyer and how energy conscious he or she is,” says Bob Starodoj, the listing agent with Coldwell Banker Mason Morse and CEO of Mason Morse Real Estate. 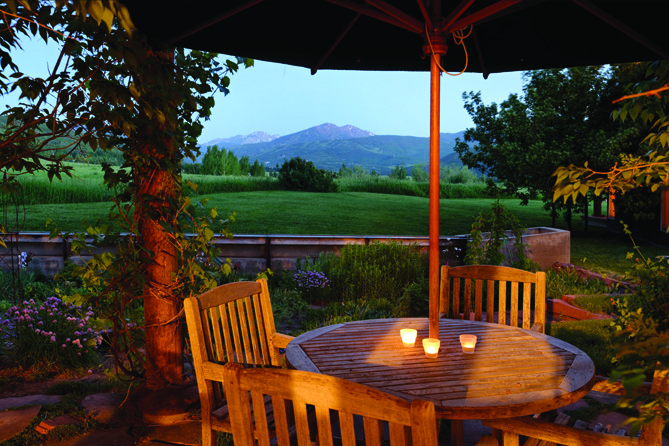 Even so, buyers have plenty of other opportunities to be impressed with the compound. Sweeping views of the upper Roaring Fork Valley, expansive acreage and privacy are all enough to give even the most discriminating buyer pause. The property’s location in White Star—one of Aspen’s most prestigious residential areas—is also an added bonus.

“Suzanne had her choice of lots here in 1990, and she chose this one specifically for the views and scenery,” he says. “It is one of Aspen’s rare finds.”