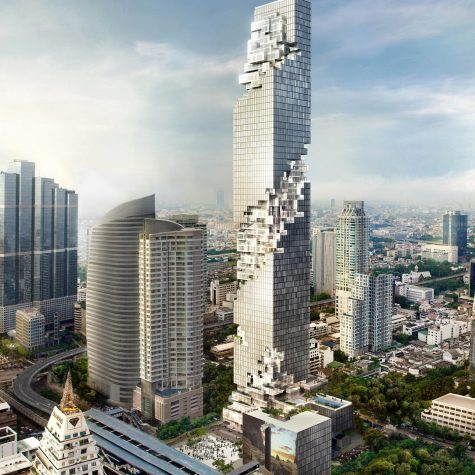 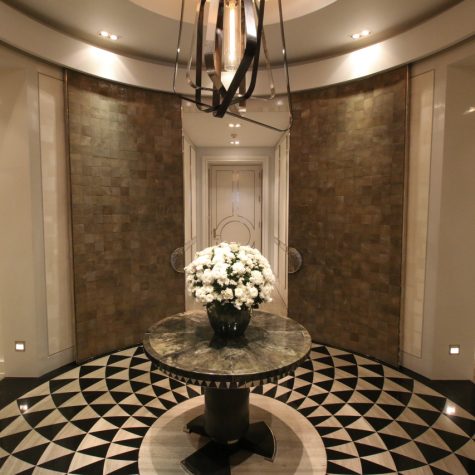 Bangkok is a city in command of its opposites. Glittery Buddhist temples and traffic-snarled streets. Michelin-star restaurants and tiny roadside food stalls. Its future, living with its past. The Bangkok of old enjoyed a grittier reputation as its vibrant street life provided the backdrop for movies like Hangover II and others. The new Bangkok, however, is a gleaming sea of skycrapered opportunity — a resting place for five-star luxuries and renowned Thai hospitality, capable of holding its ancient history, art, culture, fashion, fine dining and now legendary nightlife comfortably within its grasp. 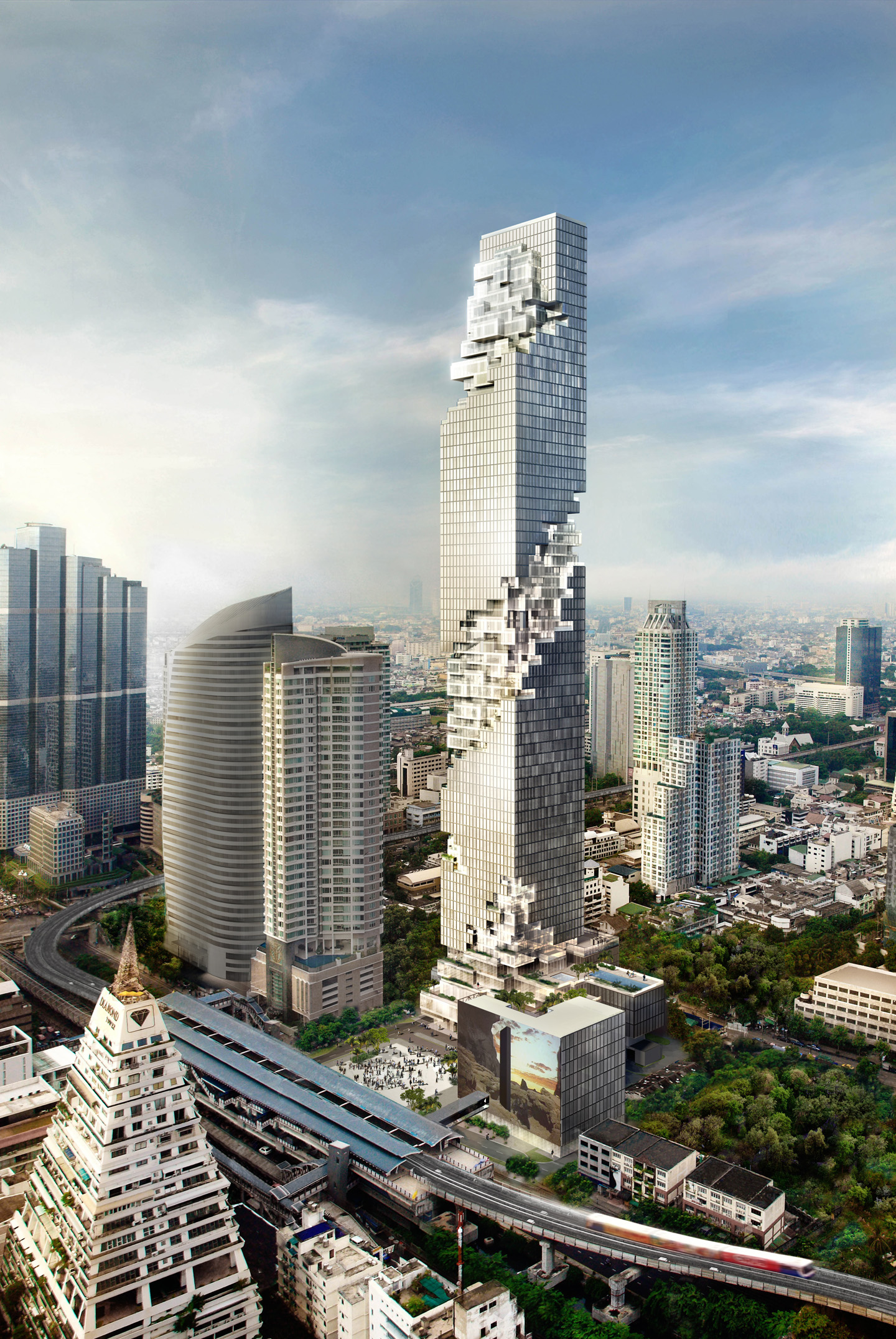 MahaNakhon Tower will be the tallest skycraper in Bangkok when it opens late this year.

Its spicy-yet-sweet charms have not been lost on luxury residential developers. One of the most striking examples of Bangkok’s renaissance is the introduction of the MahaNakhon Tower to the city’s skyline in an emerging upscale district known as Sathorn. Set to debut in fall 2016, the 77-story obelisk is destined to be the city’s tallest skyscraper — and one of the city’s most coveted luxury addresses. The Ritz-Carlton Residences will house 200 two to five-bedroom private homes in the building, some boasting private terraces and glass-encased skyboxes with breathtaking views of the city as well as to the Chao Phraya River. Other developments, such as Marque Sukhumvit next to the EmQuartier shopping center, as well as the recently launched The Residences at Mandarin Oriental, Bangkok on the Chao Phraya River, are also buoying the luxury housing market — and make the prospects of a house hunt in Thailand’s capital city all the more enticing, as Adam Taugwalder, CEO of Coldwell Banker Thailand, notes. 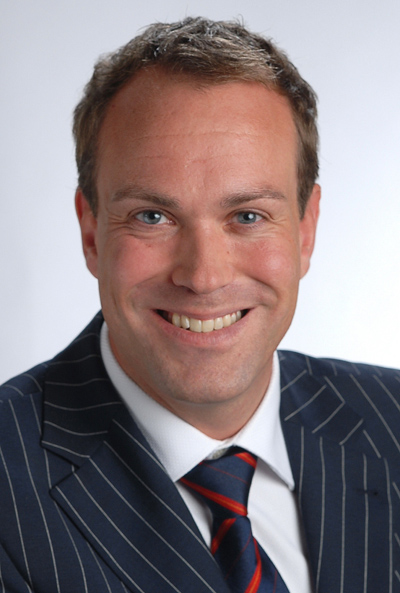 “The luxury market has remained in good condition, and there are several reasons why Bangkok is still enjoying such healthy returns,” says Taugwalder. “The prime housing stock being marketed is world class in terms of design, branding and quality of finishes, facilities and services. There is also a shortage of true luxury developments, which has led to higher demand. Prices are still relatively cheaper when compared to other Asian cities, and last but not least, the stabilization of the political climate.”

Adds Lauren Carey, Coldwell Banker’s franchise development manager in Thailand: “The city has developed into a truly global hub over the past few years. Developers keep pushing the envelope by bringing in internationally renowned architects and world leading management companies, such as The Ritz-Carlton and Four Seasons.”

“Condominiums can conveniently be bought by foreigners on a freehold basis,” she notes. “Developers are allowed to sell up to 49% of each project’s floor space to foreign investors.”

And while tradition holds that luxury buyers are more mature and established, today’s affluent buyers are bucking that trend. They’re getting younger.

“Bangkok has become more attractive for executives and entrepreneurs doing business across Asia,” says Taugwalder. “The city offers the best lifestyle amongst the Asian capitals, as well.”

The highest real estate prices in Bangkok can be found in the Central Business District on Sathorn Road.

“True prime residential developments are seeing double-digit price increases per annum,” says Taugwalder. He points to developments such as 185 Rajadamri by Raimon Land PLC, which have nearly doubled over the course of the last four to five years.

If buyers want to get a taste of Thailand coastal living, Phuket — while home to some of the world’s most beautiful beaches and breathtaking luxury holiday villas — is not the only option. As an alternative, Taugwalder and Carey suggest the royal coastal resort of Hua Hin.

“Both Bangkok and Hua Hin are very popular amongst both local and international buyers, ensuring consistent demand,” says Carey.

Bangkok’s housing stock is incredibly diverse, which is reflected in its property pricing that ranges from as little as $100,000 USD to as much as $10 million USD. However, if you really want to live on the edge of luxury, it’s all about The Ritz-Carlton Residences right now. 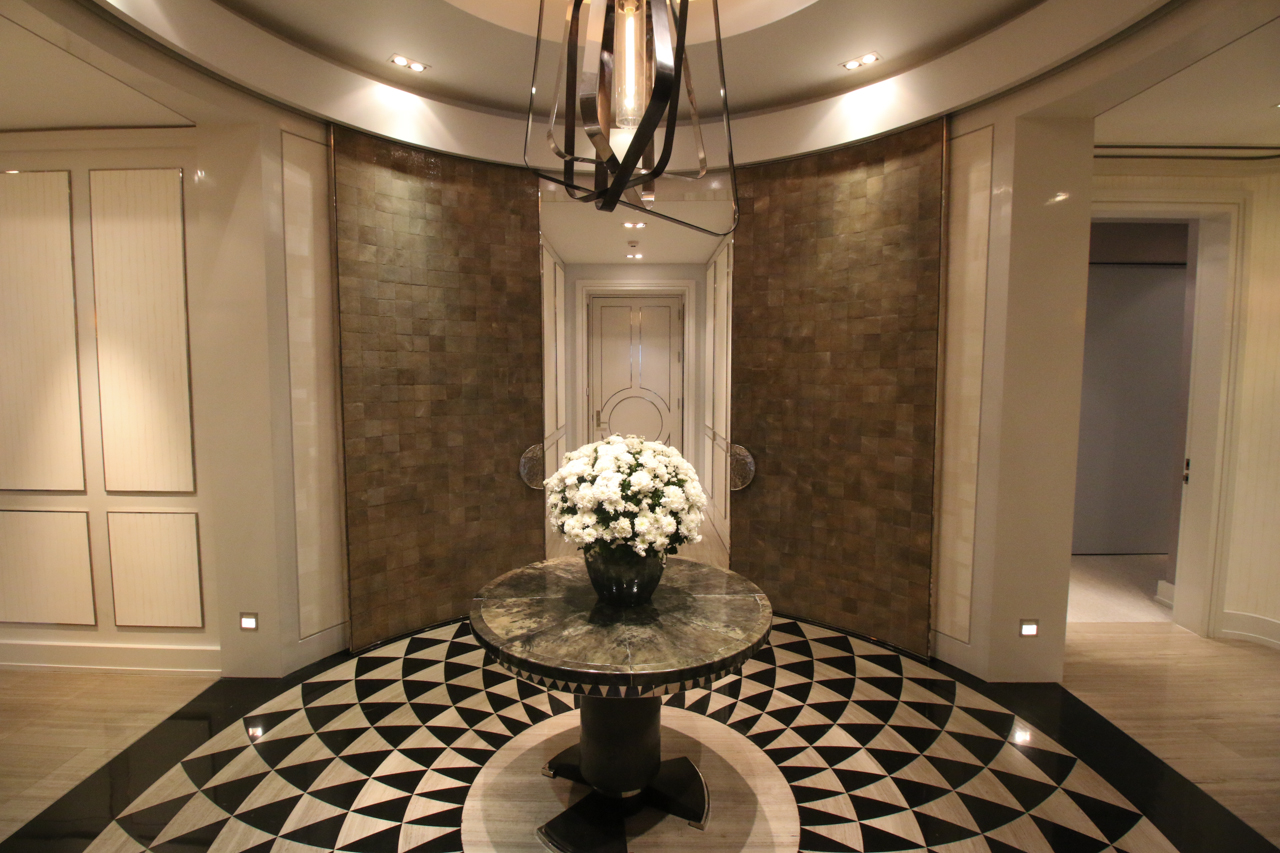 Occupying the 35th floor of the building designed by German architect Ole Scheeren of OMA, this spacious two-bedroom, two-bath unit will span 196 square meters with panoramic views of the city and a fantastic north facing terrace for about $1.8 million USD. While the MahaNakhon Tower has yet to make its official debut in Bangkok, The Ritz-Carlton Residences represent a major trend pulsing through the city. 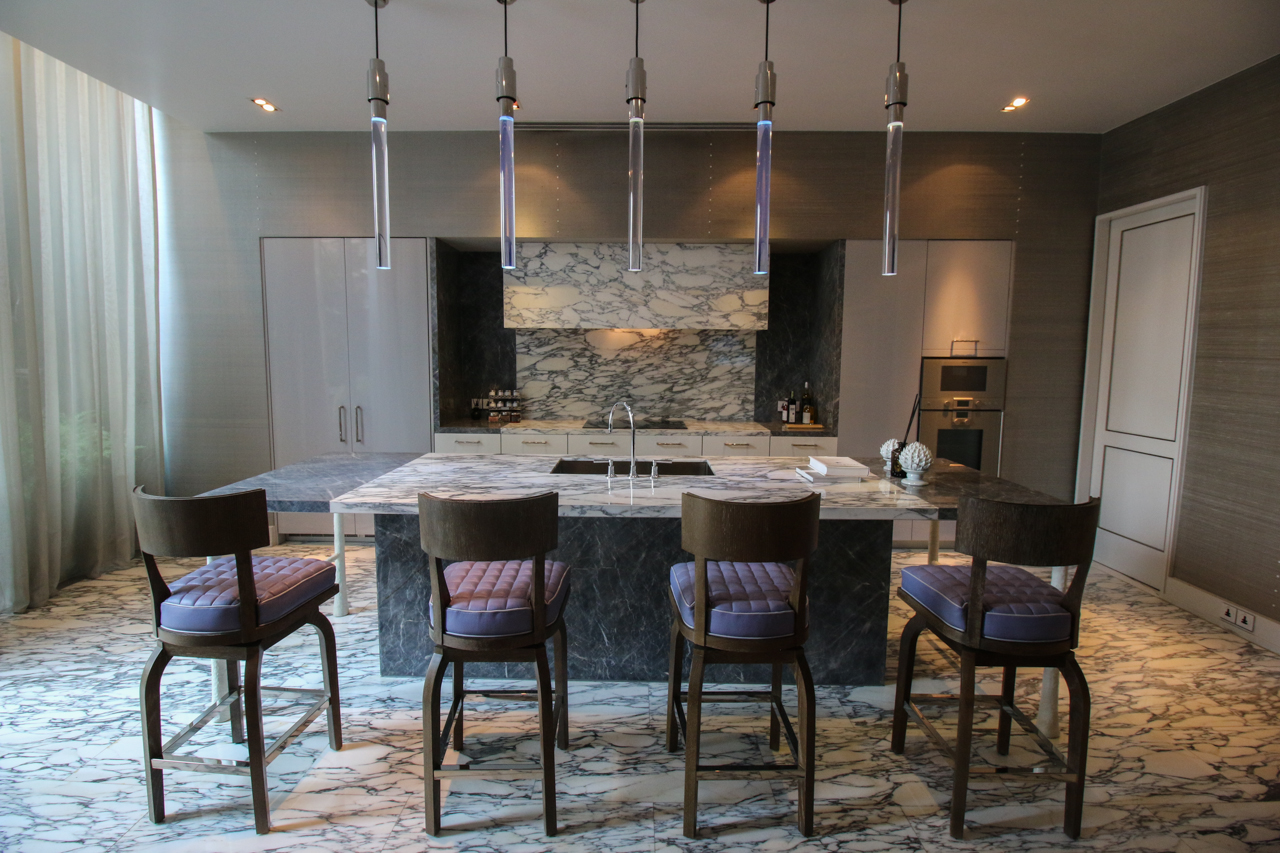 “With the debut of The Ritz-Carlton Residences in Bangkok, we’re now seeing world class luxury properties in the capital that are on par with cities such as Singapore, Hong Kong, London and NYC,” says Taugwalder. “Buyers are now demanding international quality combined with Thai convenience, and are willing to pay for it. Gone are the days when people chose Thailand because it is cheap. Expectations have been raised and they now want the best.”

In terms of real estate value, “Thailand compares to other countries very favorably,” says Taugwalder. “It is still relatively cheap amongst the Asian capitals, as the real growth is happening now.”

Taugwalder says the luxury end of the market in Bangkok is “most interesting in terms of supply/demand, the quality and design of properties developed.” But, perhaps most importantly, he is encouraged by the double-digit capital appreciation that is currently happening in his city’s most sought-after addresses. His final piece of advice for buyers, both foreign and domestic, who wish to get in on the action?

“Choose a prime location and an iconic building built by a top developer,” he says. “Find a unique unit within the project, and buy at the right time.”