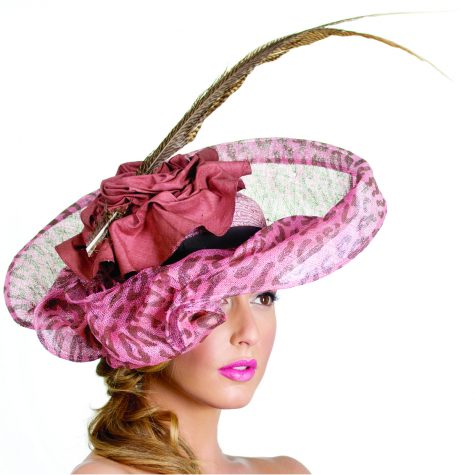 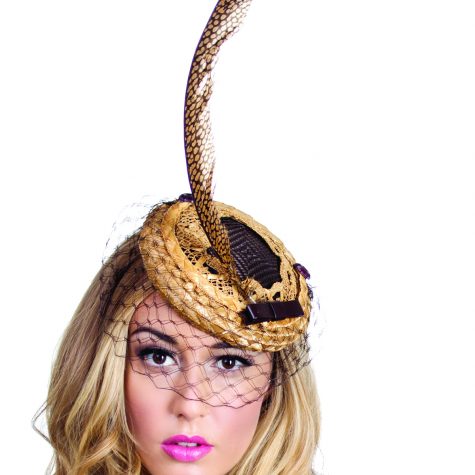 After centuries as an essential, sometimes compulsory accessory, hats faded out of fashion for half a century. However, a new breed of American artisans is reminding a skeptical public that this timeless piece of apparel represents the perfect medium for self-expression. 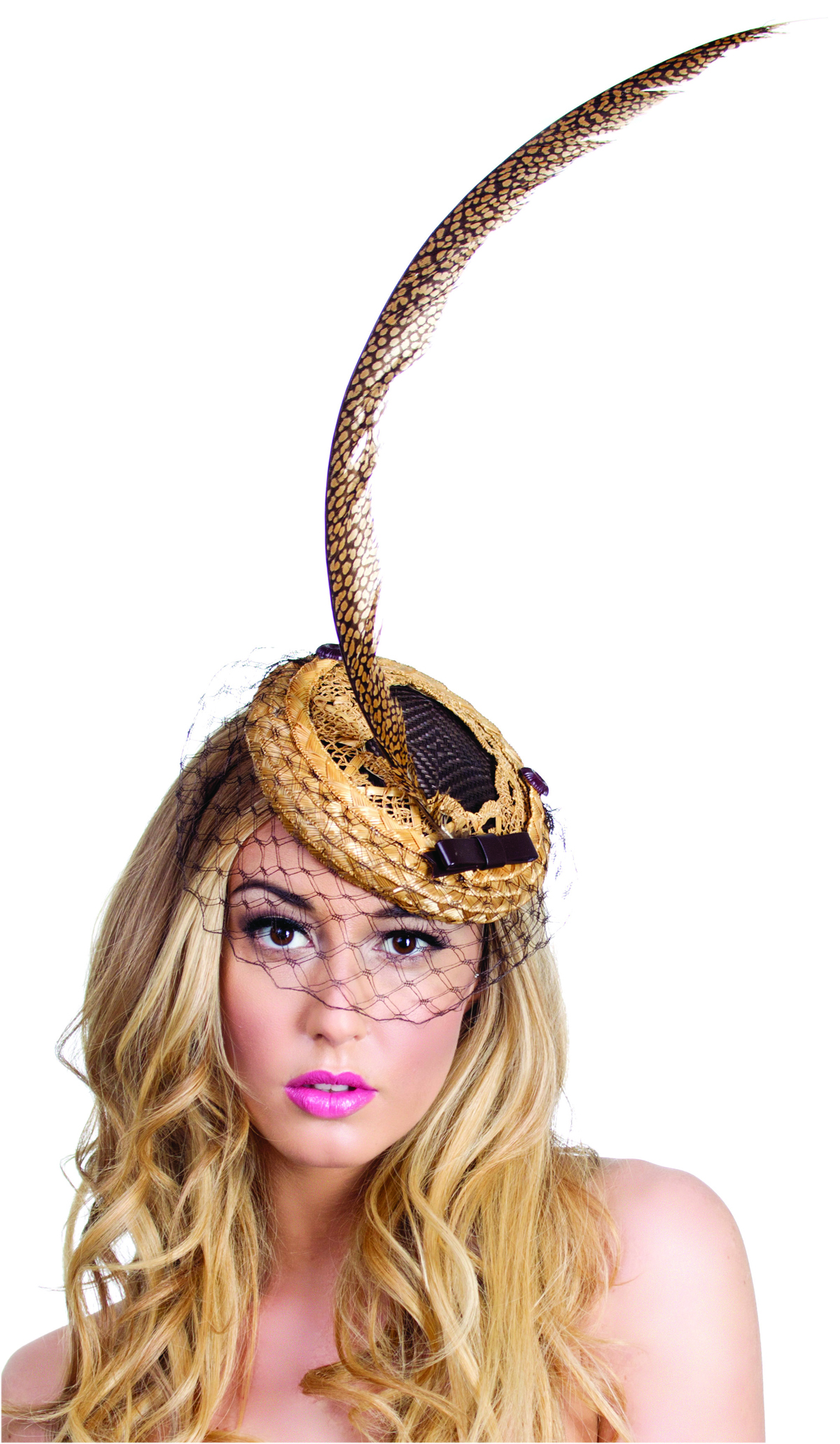 “I was inspired by a small multi-generational milliner in northern Spain that I happened by on a trip, seduced by the craft, equipment and creativity of the process,” recounts Tamez, who began taking classes upon her return to L.A. “A passion drives me every day to make high quality hats a necessity for every closet,” she says. Tamez insists that hats provide their wearers a unique ability to express themselves, stating, “It’s a very engaging piece of wardrobe, with a power that the best shoes and bags can’t match.” The milliner believes not only in the expressiveness of hats, but their intimacy. “The first thing we do as social animals is look into each other’s eyes, and right above the eyes is the hat,” she says. Tamez’s Western-inspired Lady Dandy is offered in feminine pastels and the limited edition Joanne — Lady Gaga wore it for the cover of her album by the same name — is crafted from pink felt velour, accented with a snakeskin band. Upping the ante for her famous client, Tamez produced a hat with 45,700 Swarovski crystals (valued at $1 million) for Gaga’s appearance at the Victoria’s Secret Fashion Show. “Confident, adventurous, smart, well-traveled … people who are serious about their passions,” is how Tamez describes her customers. “In the end, hats really do boost confidence by allowing for more personal expression,” she says. 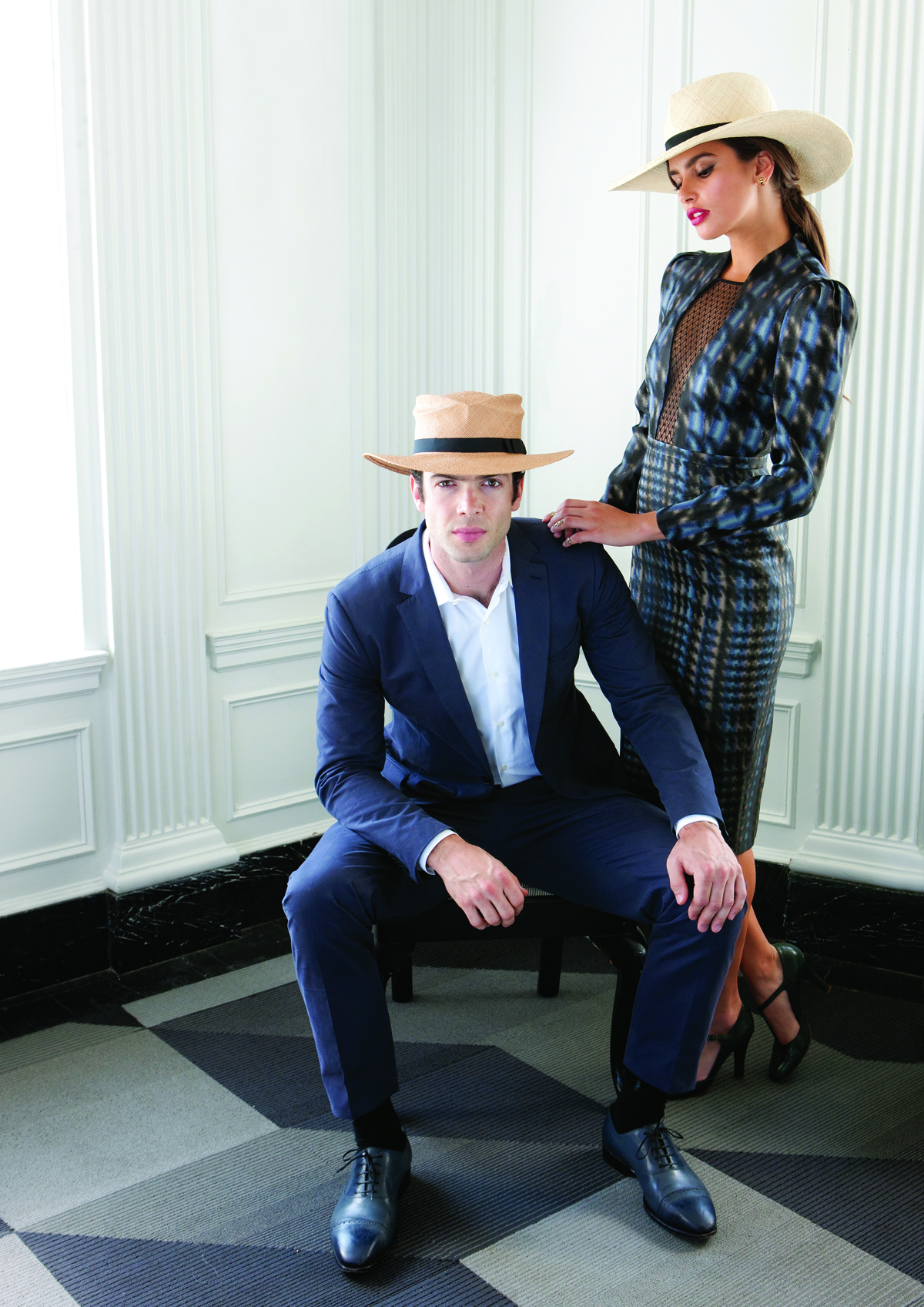 No single event in America is more associated with hat-wearing than the Kentucky Derby, so it is no surprise that Louisville, Kentucky, is a hotbed of artisanal millinery. While Derby season is a busy time for her, Formé Millinery Co., founder Jenny Pfanenstiel handcrafts hats for all occasions and her clientele includes former First Lady Michelle Obama, Oprah Winfrey, Madonna, and Neil Diamond. Working as a fashion designer in Chicago, Pfanenstiel became interested in hat making and served an apprenticeship in Australia to learn traditional millinery. “I took the basic age-old techniques and made them my own,” she says, and reports that after regular trips to Louisville to design hats for Derby attendees, she moved her family and her business, Formé, to the Bluegrass State. Pfanenstiel — she is the official milliner of the Kentucky Derby Museum and author of the book The Making of a Milliner (Dover Publications, 2015) — is the creator of some spectacularly elaborate, often whimsical hats. While hats are always fashionable in Kentucky, Pfanenstiel admits that England’s Royal Family has been a marketing engine for the hat industry. Interest now includes younger women who have been inspired by the Duchess of Cambridge (Kate Middleton) and, more recently, Prince Harry’s fiancé Meghan Markle. 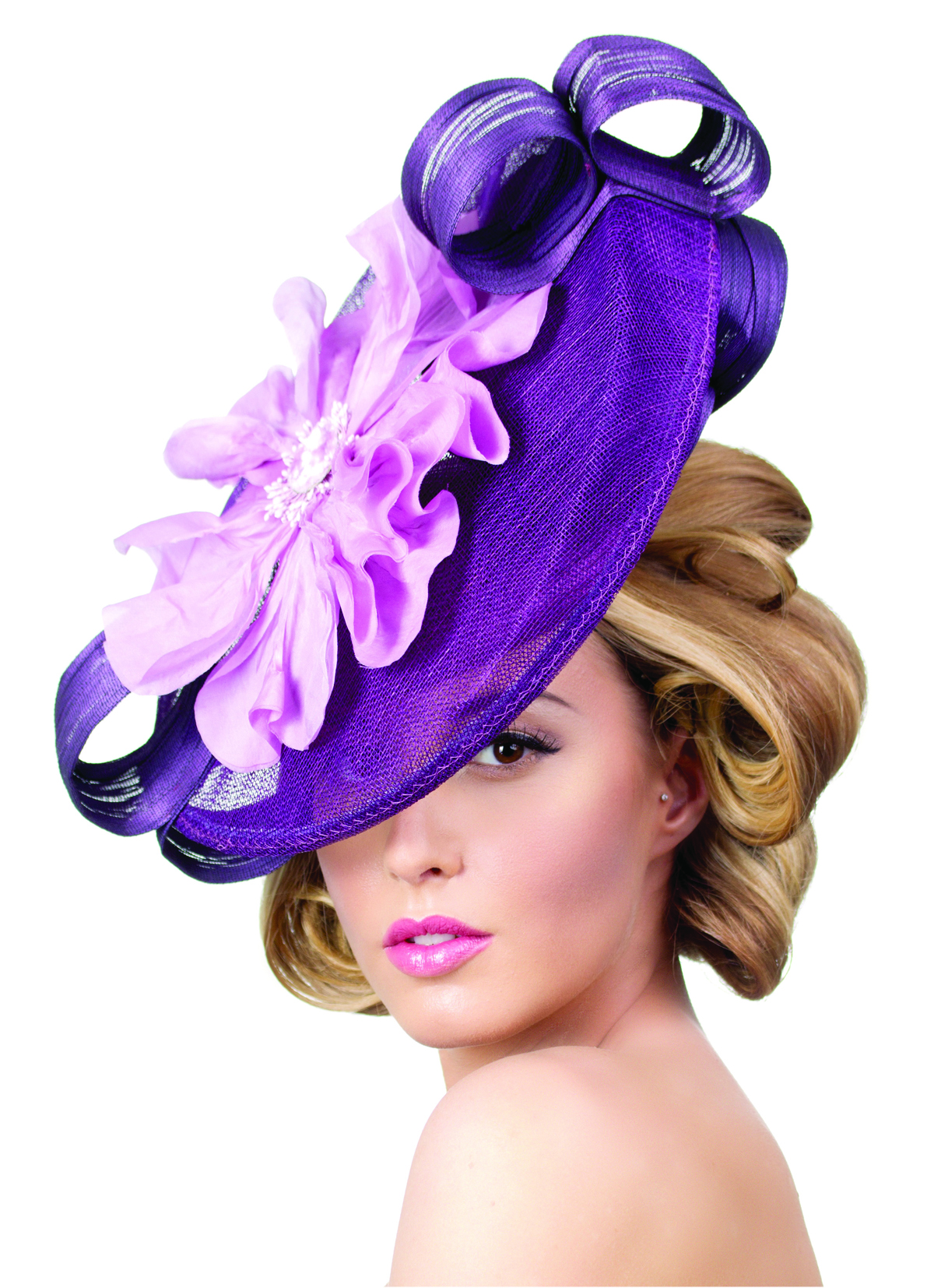 Fascinators, the ornamental headwear attached to a woman’s hair, sometimes at improbable angles or heights, are gaining popularity as more American women dare to experiment with them, reports Pfanenstiel. These playful hats represent at least 50 percent of Formé’s current business and two events this May, the Kentucky Derby and Royal Wedding, are destined to spike interest in fascinators.

Custom designs at Formé, hand-blocked and hand-sculpted, can take up to six weeks to complete, as the owner/designer acquires materials from around the world for her Louisville studio. Noting her passion for bespoke products, Pfanenstiel explains, “I love the involvement of the clients and the ability to create hats based on their own personalities,” adding, “It’s like building a customer’s own personality into a hat.” Agreeing with L.A.’s Tamez on the power of this accessory, Pfanenstiel states, “Hats make people stand a little taller, look a little more beautiful and bring out something that’s been hiding inside.”

New York’s Lisa Shaub Fine Millinery not only creates hats for the Kentucky Derby, but also prepares women for the Central Park Conservancy Hat Luncheon, a coveted invitation on the Big Apple social calendar. Both events are held the very same week in May, which makes Shaub’s Lower East Side shop — it has evolved into more of an atelier where personalized, custom services are provided — a very busy place in the spring. “But this is New York … You have to move fast and do a great job,” quips Shaub. There is a difference between Derby hats and Central Park Conservancy hats, notes Shaub, who serves two distinct clienteles. “For the Derby, people are into bright colors and a feminine, girly look, often over-the-top, but my customers for the Conservancy event want to look elegant and beautiful,” reports Shaub. “They may want to push it a little, but they’re not into the gigantic pieces,” she says. Shaub concurs with Louisville’s Pfanenstiel about the impact the British Royals, particularly Kate Middleton, have had on the industry. “Her wedding was the greatest thing for us. It made it okay to take what was perceived as a fashion risk,” says Shaub, who suggests it also showcased the aspirational nature of hats. The focus on England has also boosted Shaub’s sales of fascinators, an increasingly significant portion of her business. “I look at myself as more of an artist than a milliner,” says Shaub, whose signature is her detail work: creating flowers from scratch, hand-dying fabrics and applying meticulous embroidery. That craftsmanship and an ability to work quickly under pressure has resulted in a loyal clientele that includes celebrities Taylor Swift, Jessica Biel and Debra Messing, as well as Tracy Morgan and Aaron Neville. Last year, the owner of Kentucky Derby winner Always Dreaming wore a Lisa Shaub-designed hat to Churchill Downs. Shaub, who was intrigued by accessories since she was a young girl, keeps her prices approachable — small fascinators, for instance, are available from $55 to $195 — despite her hats appearing on the covers of platinum albums and Vogue magazine. “Everything I make, I test-drive myself,” says Shaub, whose work suits New York’s open-mindedness to new styles and trends.

These artisanal hatmakers truly believe in their products, which are increasingly morphing from antiquated harsh-weather gear into contemporary fashion statements. Gladys Tamez puts the exclamation point on the hat as an essential accessory, declaring with conviction, “The hat is a powerful tool. It can and does change lives.”