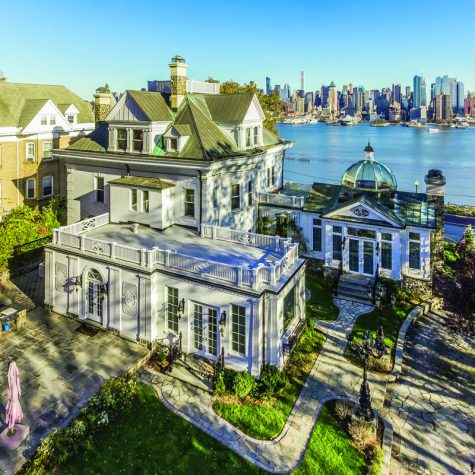 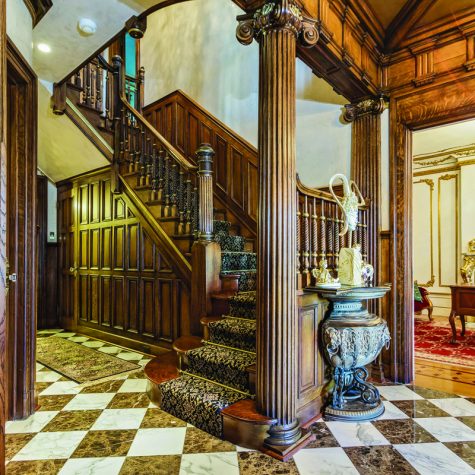 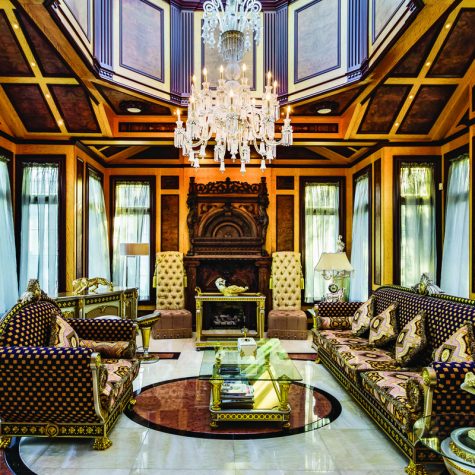 In the summer of 2015, a little play called “Hamilton” premiered on Broadway. In the months that followed, it would become one of the most popular and profitable shows of all time, reigniting interest in one of the country’s Founding Fathers — and sites related to his life and times.

That includes Hamilton Park, a patch of green in Weehawken, New Jersey, with a cobblestoned path and a picture-postcard view of the Manhattan skyline — which made it a favorite gathering spot long before Hamilton-mania brought visitors out to the spot of Hamilton’s fateful 1804 duel with Aaron Burr. 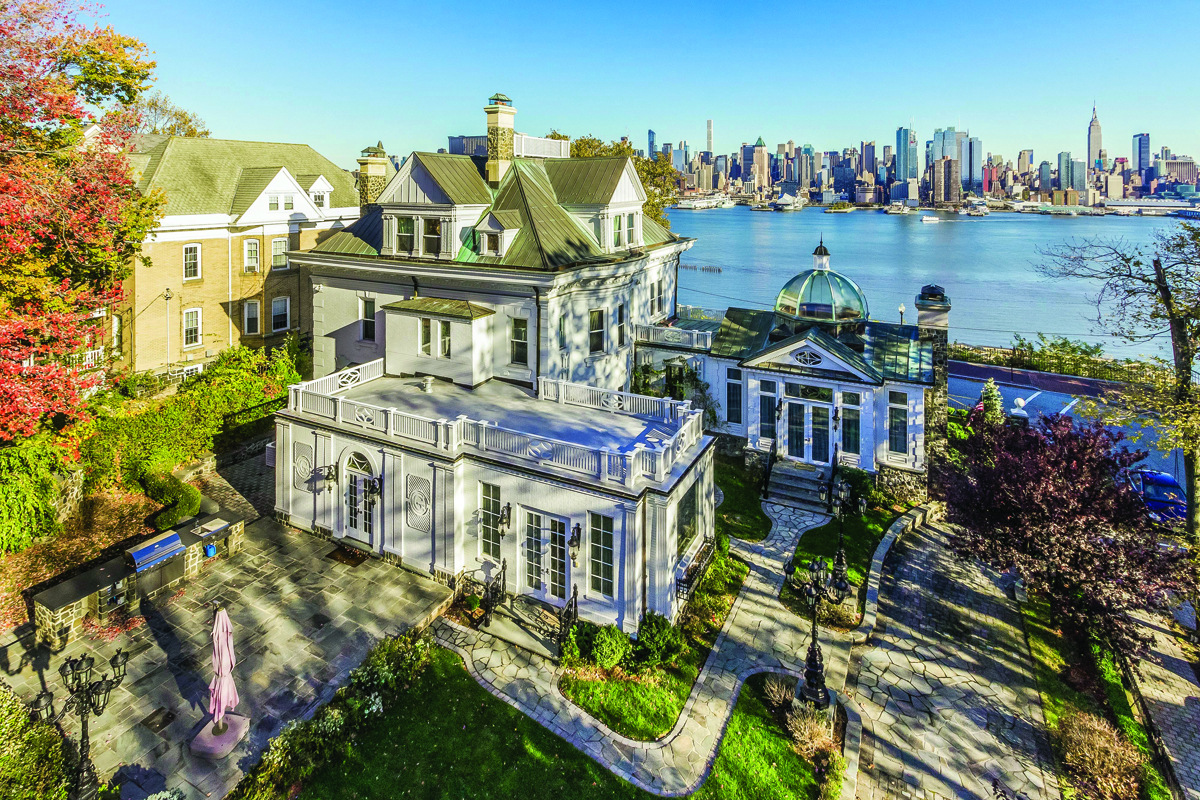 Just down the road from Hamilton Park, homes in the area, in particular those in the celebrated King’s Bluff Historic District, have also seen increased attention. Not that they needed the help. The city of Weehawken was named for an Indian word meaning “cliffs that rise like trees,” and it’s an apropos moniker for the King’s Bluff neighborhood, which lies on a ridge sitting directly across from and overlooking the Hudson River and Midtown Manhattan, housing gilded manses that blend history, luxury and proximity in a way that is rarely seen today.

Here, turn-of-the-century homes like 1-11 Hamilton Avenue boast some of the more magnificent views imaginable of the New York City skyline and the river. A minutes-long drive or ferry into Midtown means a sprawling, suburban waterfront estate and an easy commute to the city are not mutually exclusive. And then there’s the unique privacy, achieved thanks to the neighborhood’s design, which has minimal “through” streets, limiting traffic and adding to its allure. 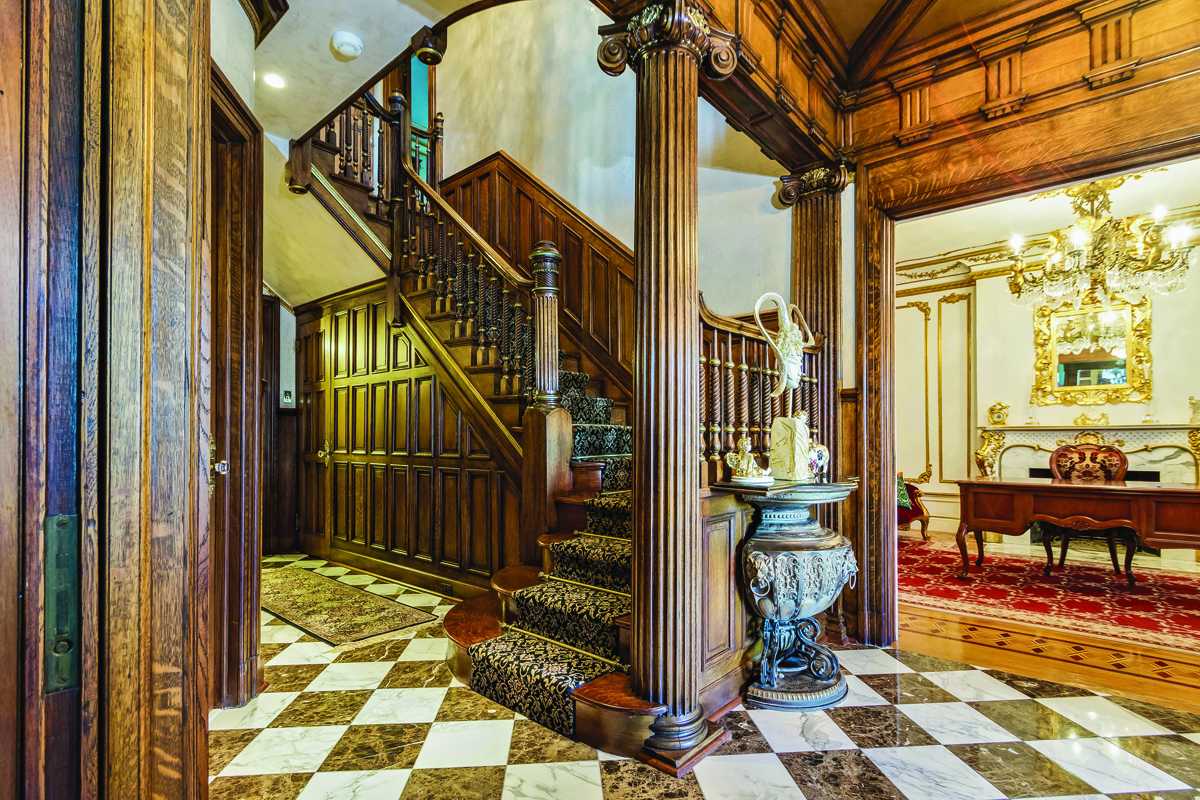 “This home is truly stunning, starting with the incomparable location that offers breathtaking views and a unique combination of convenience and a sense of seclusion,” says listing agent Steven Shaw of Coldwell Banker Residential Brokerage Fort Lee. “There is nowhere in the New York City area where you can find this level of grandeur, value and exceptional privacy.”

The features of this six-bedroom, six-bath Colonial would need to be extraordinary in order to compete with their setting, and they more than oblige, starting with the striking Colonial exterior, whose Doric columns establish an elegant presence from first glance. Inside, it’s as if a Tuscan palace was relocated to a different coast, reimagined for gracious waterfront life and fully restored to join historic details with modern amenities. 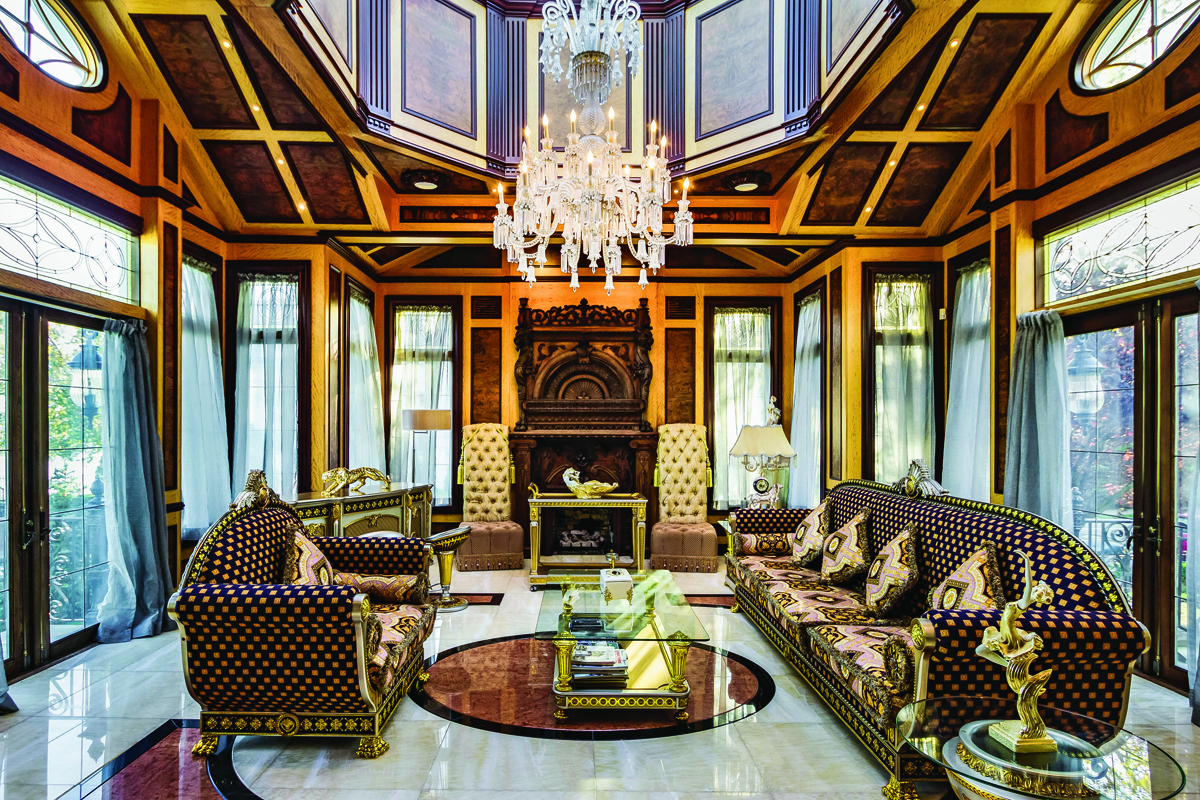 Elaborately detailed throughout, the estate features rococo-finished woodwork, finely carved moldings, stained glass windows, hand-painted frescoes and marble floors. The Tuscan-style wine cellar is right at home in this environment, as is the conservatory, a remarkable space grounded by honey onyx floors, topped by a glass dome and featuring wraparound windows that take in the beauty of the setting in between. 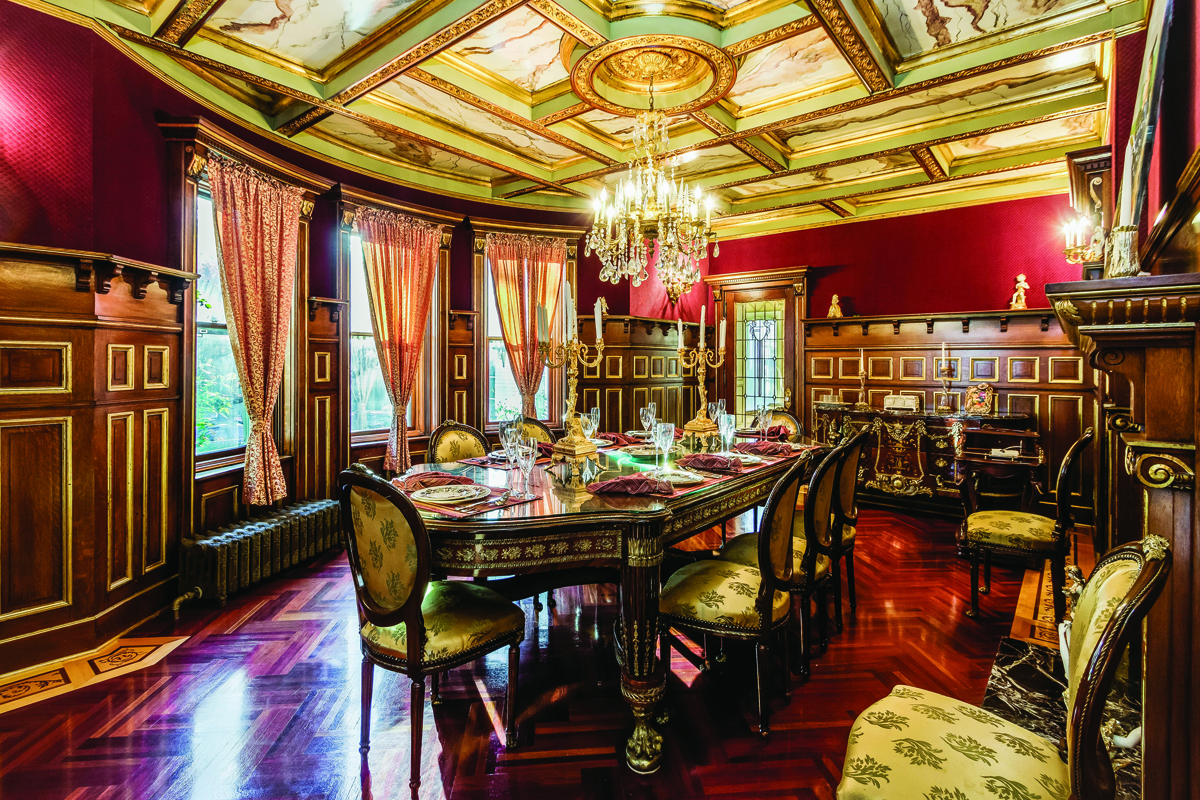 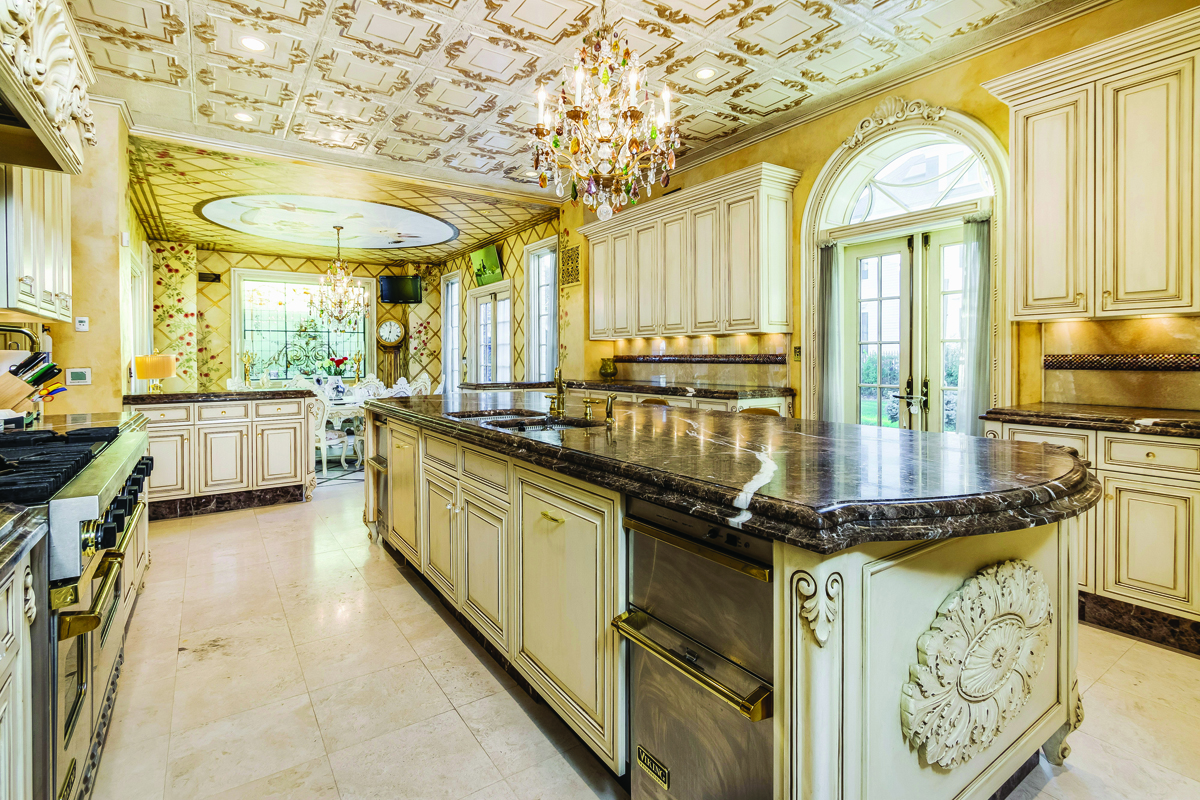 Outside, a large terrace opens up to panoramic views, while the grounds beyond feature lush landscaping with mature plantings, Parisian street lamps, an entertainer’s bluestone patio with companion gazebo, and a separate two-bedroom, two-bath apartment.

“Inside and out, this home is a showstopper,” says Shaw. “From the historically significant setting to the combination of Old World elegance and modern amenities, it’s everything a luxury homebuyer on the East Coast could possibly want.”

This article originally appeared in the winter 2017 issue of Homes & Estates, a supplement for the Wall Street Journal.