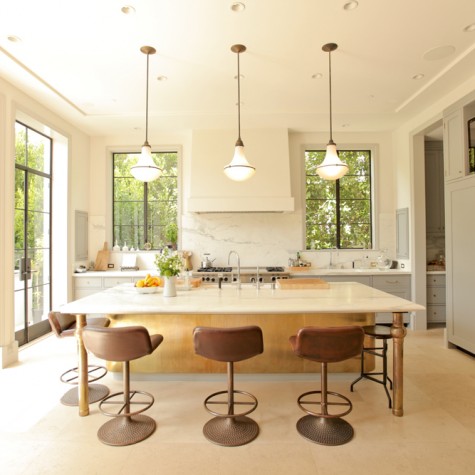 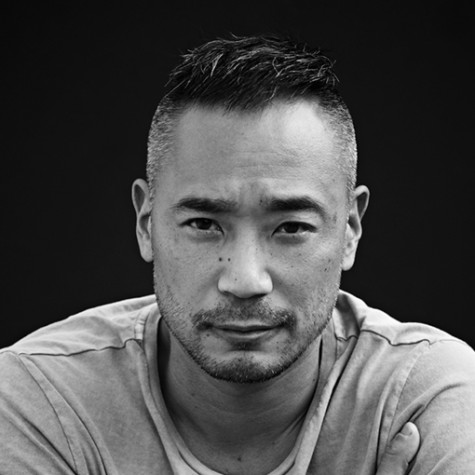 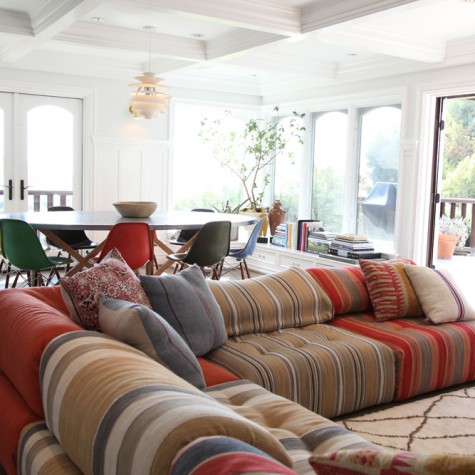 Each awards season, all eyes turn toward Hollywood to see what earns praise at the podium. There are, of course, honors for Best Picture, Best Actor and Best Production Design—the film industry’s equivalent of design excellence. But what about the wonderfully inspired celebrity homes in Los Angeles that end up housing all of that glittering gold? 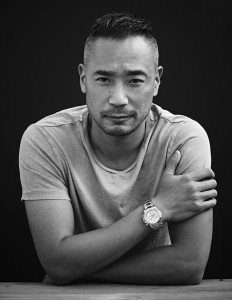 If designer Cliff Fong has anything to say about it, the statuettes would mix seamlessly with rare flea market finds, historically accurate furniture, contemporary art, photography and film-set-worthy objects. He should know; the former fashion buyer and stylist has worked for a fair share of award-winners—including “Glee” and “American Horror Story” co-creator Ryan Murphy, as well as Ellen DeGeneres and Portia de Rossi. Fong’s specialty—juxtaposing 20th-century design elements with antiques—results in the creation of highly personal spaces, with ego and pretension gracefully checked at the door.

“I don’t want anything to be too precious,” he explains. “It’s important to be able to live and breathe and entertain.”

Fong has clearly mastered the art of designing for the L.A. lifestyle. Before the city’s energy heated up for award season, Previews® Inside Out caught up with the low-key designer to ask him about everything from art and fashion to movies.

Previews Inside Out When it comes to your curatorial process, what’s your motto?

I don’t think I have a motto. I try not to repeat myself. I think that if you ever get too comfortable with a certain kind of verbiage, it prevents you from growing as a designer. For me, it’s different every time. It’s not that I always want to create something that someone can look at and go, “Oh, I did that.” It’s more important to find an aesthetic that is unique to my client. I’m not the kind of designer who wants to create just carpets and curtains match. I look for the unexpected—the irony in a room. When I’m curating, I look for common threads that might not be associated with each other. Perhaps it’s different regions or different time periods. Perhaps it’s combining something that exists in nature with something that is industrial. I start with something central and build around it. If I can do that successfully, then I’ve created something special for someone.

Previews Inside Out From what do you typically draw inspiration?

Mostly, I get inspired by two of the things I love the most: nature and art. 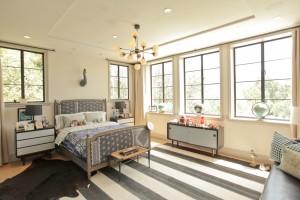 Previews Inside Out How has your background in fashion informed your interior design aesthetic today?

I think the process of building a room is sort of like getting dressed in the morning. You decide who you want to be that day. You might feel like a cashmere sweater with a long skirt. Some days, you feel like putting on a suit. Some days, it’s T-shirt and jeans. When I look at how to dress a room, I ask a lot of questions. Is the client more casual or more formal? How does the client live? What would he or she wear for any of those occasions? What should the room wear for those occasions?

Previews Inside Out What have you learned after working in Hollywood for over a decade?

I learned to recognize who I can help and who I cannot help. I work best with people who have true passion and interest for things. There are so many designers out there who can make things look pretty. I like working with people who want something more than that. I’ve also learned that the more you keep your ego in check, the better off you are as a designer. 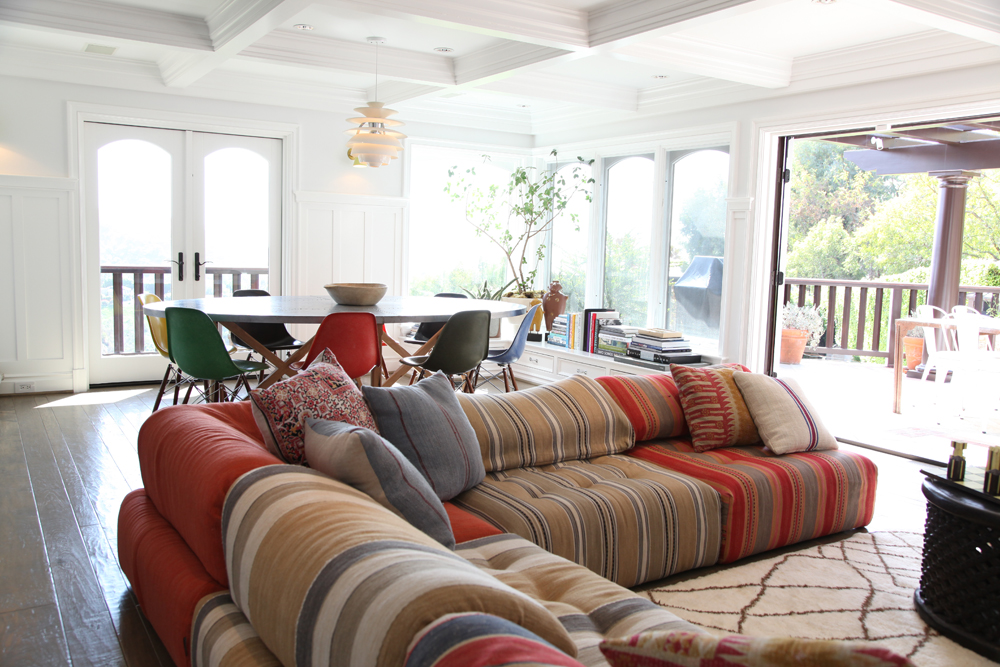 Previews Inside Out Can you recall a time when a celebrity client asked you to track down an unusual antique? What was it?

Yes, it was a Jean Prouvé chair, and it was quite rare. This was before 1stdibs. Because I had spent a good chunk of my early years in Paris, I was connected to dealers there. I called the right person and found the chair. We got it delivered in a week. I did not see another one of those chairs until Art Basel, and it was exponentially more expensive—about $170,000 more. When you’re dealing with esoteric things that have investment potential, it’s helpful to know which galleries and art advisors to call—in case you need it.

Previews Inside Out What have been some of your most memorable celebrity rooms?

There are no rooms that particularly stick out. Ryan Murphy and Ellen are both design enthusiasts and collectors with different inspirations at different times. There are some rooms we have reinterpreted multiple times over the course of ownership. With Ellen, I have redone one room, three or four times. For Ryan, we have reconceived his house a few times, and we’re doing it again now. It’s fun to change a room based on your mood. The 1958 movie “Auntie Mame” is a classic example—she redecorates her home six times to represent new phases of her life. When the movie opens, there is a lot of Chinoiserie. In another phase, there is a lot of English Colonial Revival. That, to me, is one of the greatest pleasures of interior design—to reinterpret a room based on mood. 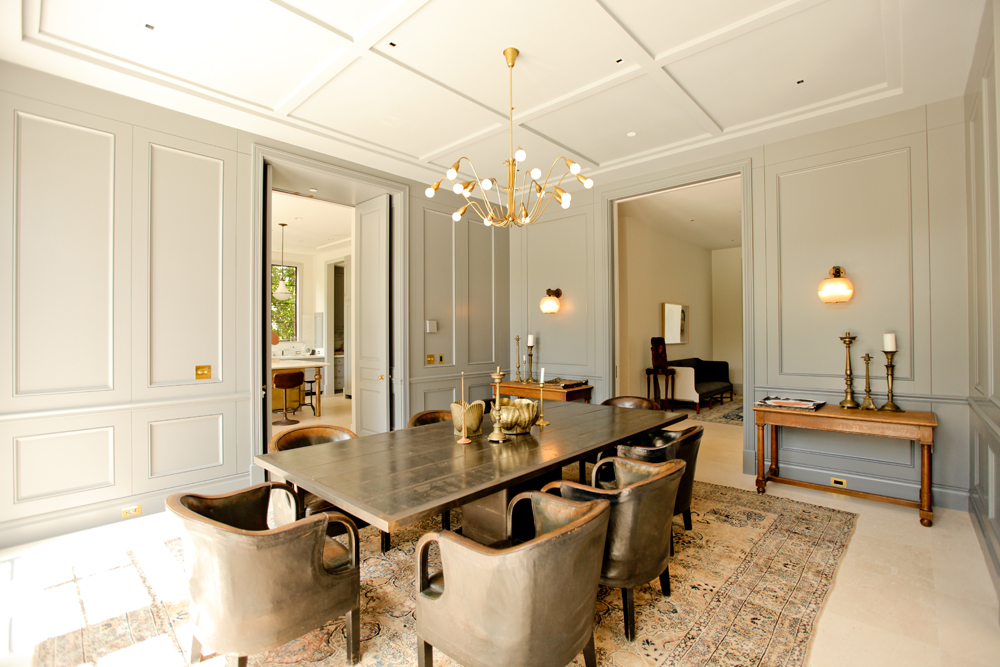 Previews Inside Out Is that difficult for you—to change a room you worked so hard on?

In general, I don’t get emotionally attached to a house or a room. I might enjoy how that room looks, but I’m willing to change it. To me, it’s like changing your outfit from day to day. A client of mine recently purchased a home that she had sold ten years prior. Going back to the house this time, I had a much more evolved sensibility for both myself and my client, who had more financial freedom with access to art and furniture. This time around, I was struck by how a different quality of materials and furnishings really made a difference in the architecture. A piece of historic furniture can greatly impact the architecture. 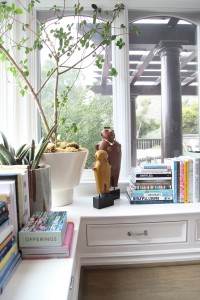 Previews Inside Out When you were working on Ryan Murphy’s historic Spanish Colonial, which was restored by Diane Keaton, were you worried about finding the right balance between modern and being respectful of the home’s original character?

I wasn’t worried. I am always trying to design within the soul of the house, which might sound cliché. If I’m not doing that, then it’s just set decorating—like drag. It’s not clever. It’s not personal or unique.

Previews Inside Out The rooms in Ryan’s house seem very carefully edited. So, even though you are using antiques and traditional furnishings, there is a minimalism—almost a Scandinavian sparseness—to the rooms. Was that the goal?

A lot of that relates to the personality of the client. I do like minimal, but I also love maximal. For example, it’s fun to pack a wall with portraits. One thing I’m careful about, however, is making sure that personality of pieces can be appreciated. Sometimes when you have too many special pieces in a room, you don’t know what to focus on. It’s like having too many celebrities in the room. Everyone is fighting for attention.

Previews Inside Out What do you like best about designing in Hollywood?

Because Los Angeles is a growing and fertile design community, the clients tend to be younger, more inexperienced and more open to ideas. The fashion is loose, and the way we live is loose. It’s easier to etch out a place for oneself here. Here, I get to do a lot of interesting things with design.

Previews Inside Out Do you enjoy initiating your younger clients into the world of art and design?

Yes, although I can’t say it’s a college-level course! I’m not the kind of designer who has my own creative agenda. I’ve been around quite a few young people who have always liked Andy Warhol but have never known that they can own a piece of his work. Maybe it’s not an “A” piece, but it is still a Warhol. I enjoy showing them where the art could work in their space. I always ask my clients, “How can we do this at a speed and within a budget that you’re comfortable with?” I don’t mind a small project, say for a young actor or a small family. It’s nice to be able to do that, and I can do that because I’ve had clients—like those in the financial sector—with much larger budgets. I like the low and high. 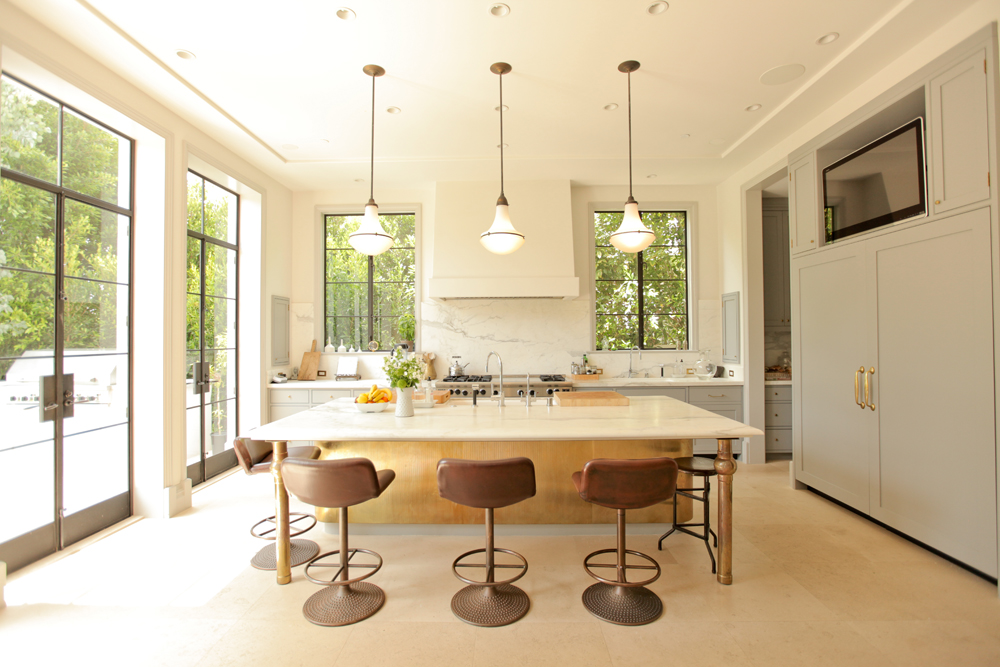 Previews Inside Out You’re like an actor who films a blockbuster every few years in order to pay for his or her passion projects, i.e., the low-paying art films.

Except they’re still getting paid more than me [laughing]!

Previews Inside Out If your aesthetic could be summed up in a movie title, what would it be?

That’s tough [laughing]! “Babette’s Feast,” a Dutch film from the mid-1980s about a woman who puts her whole heart and soul into creating a meal. Or “Raiders of the Lost Ark.” Or maybe a Woody Allen film…his films always have a cast of characters with a fair amount of neuroticism. I like the way his films interpret lives and how people live.

Cliff Fong is the founder of Matt Blacke Inc., a Hollywood-based interior design studio, and antiques emporium Galerie Half on Melrose Avenue. He will be launching a new bedding line, Ville Noir, sold online and in retail stores in mid-2015.