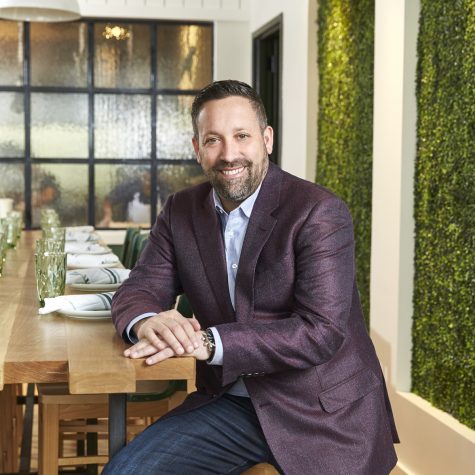 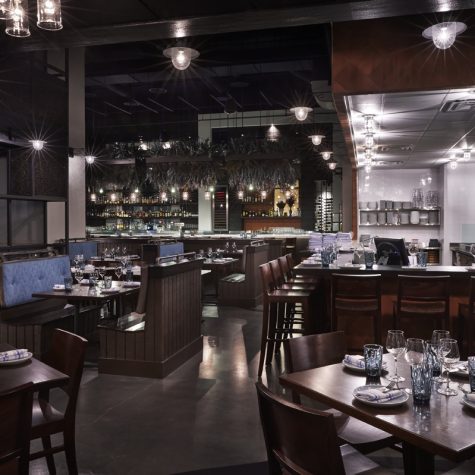 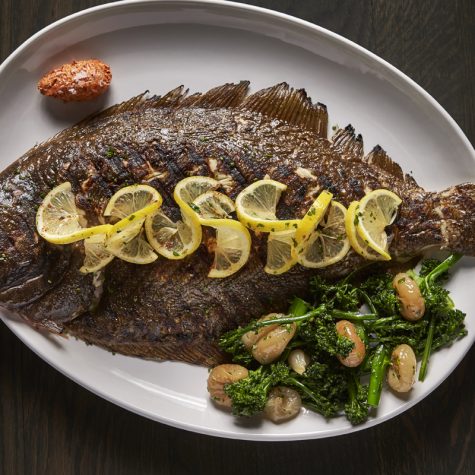 On October 28, 2009, Chef Mike Isabella whipped up a dish of whole roasted leeks with onion jus, baby carrot purée and fingerling potatoes. That was the air date of the whipping up, anyway, and although it marked the last meal Isabella would prepare on Season Six of “Top Chef,” his elimination from the reality TV competition was hardly the last the country would see of him — and not just because he later appeared on both “Top Chef Duels” and also “Top Chef Masters,” where he was runner-up to Chef Richard Blaise. 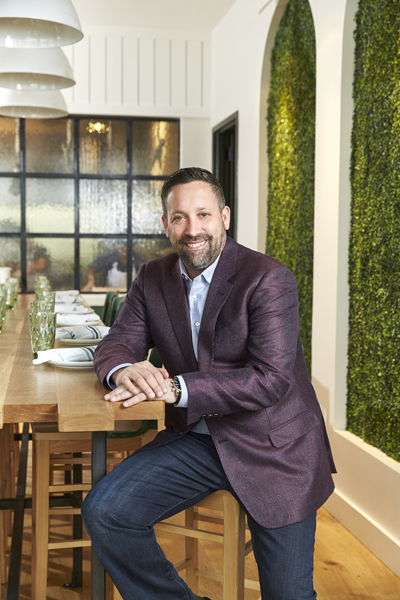 No, TV appearances were only the beginning of and, as Isabella says, even the catalyst for a career that has made him a D.C. darling and one of its most recognizable and successful chefs. The same year “Top Chef Masters” aired in 2012, Isabella opened his first acclaimed restaurant, the contemporary Italian-infused Graffiato, in the district’s Chinatown neighborhood. The next year, he was named Food & Wine magazine’s “The People’s Best New Chef Mid-Atlantic.”

Now, there are nine restaurants throughout the D.C. area, plus concessions and airport eateries, and even more acclaim. And even more plans. A lot more plans.

“2017 is going to be a huge year for me,” says Isabella, recipient of the prestigious 2016 Restaurateur of the Year award from the Restaurant Association of Metropolitan Washington. “We have four new projects signed: our first Spanish concept in the first quarter of 2017, another Greek restaurant in Maryland, a French-Mediterranean, and then there’s Isabella Eatery.”

It’s that last one that has tongues wagging and mouths watering. Isabella Eatery at Tysons Galleria is, at its core, a food hall. But it’s a food hall on Isabella, with all the creative energy and inspired innovation that have become his hallmark. D.C.’s upscale Tysons Galleria mall will soon boast this 41,000+-square-foot, 10-concept emporium alongside Neiman Marcus and Gucci in a distinctive environment that melds formal and not-so-formal, and familiar Isabella brands like the aforementioned Graffiato, Kapnos (Greek), Pepita (Mexican), Yona (Japanese/Korean) and Requin (French-Mediterranean) with a few new ones. 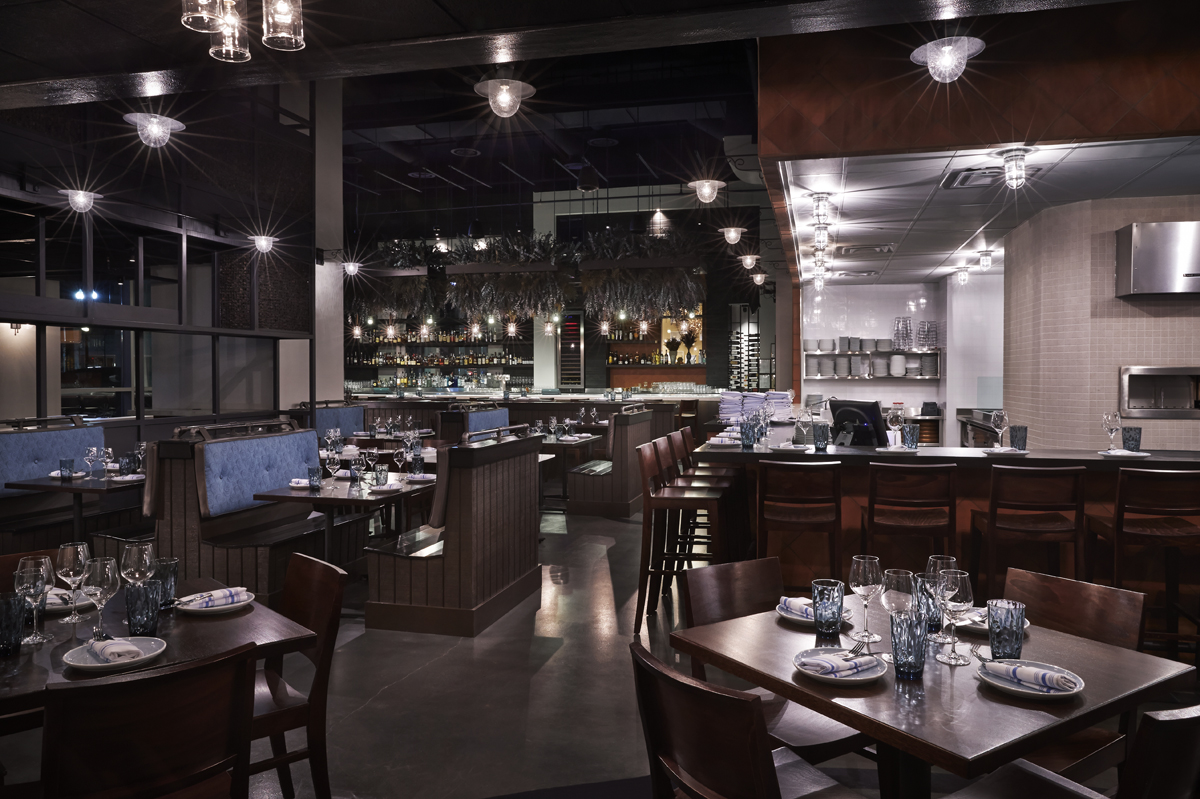 We talked with Isabella about this ambitious undertaking, about his surprising (and surprisingly quick) career trajectory and about what’s coming next.

Let’s talk about that Restaurant Association of Metropolitan Washington’s Restaurateur of the Year Award. We suspect you’re going to say it’s a great honor, but the real reward is just getting to do what you do.

It’s true. It’s a great accomplishment and I’m honored and very happy, but, yeah, I try not to get focused on that. For me, being the Restaurateur of the Year means I can be in the restaurants every day and be part of the experience. That’s what gets me excited about everything I do.

The good thing about my restaurants is that they’re all about 20 minutes from each other, so I’m able to be there numerous times a day, stay on top of things, evolve the concepts, spend time with the chefs and managers, and maintain the creativity. 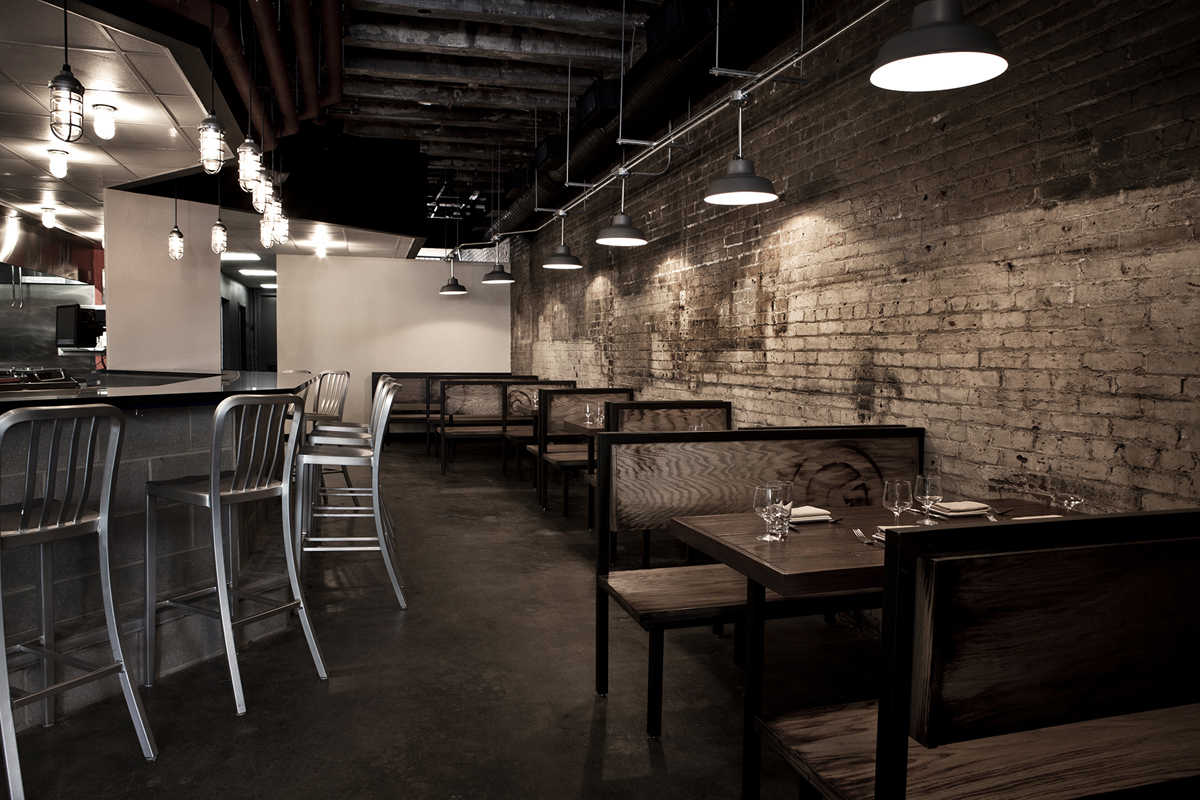 How did a New Jersey guy end up in Washington, D.C., and what made you adopt the city as your home base when it came time to open your own restaurants?

I worked around the East Coast, in New Jersey, Philly, and then also in Atlanta. I was at a Greek restaurant and was recruited in D.C. to take over Zaytinya. It was closer to home than Atlanta, and it seemed liked the perfect move. It was a great restaurant and a great fit.

At the time, I wasn’t thinking that far ahead. I never knew where I was going to end up settling down, although I thought it would probably be Philly. My immediate goal was just getting closer to home and to my family in New Jersey. But after that, doors started opening.

We dug up an old TV Guide interview from after you were eliminated from “Top Chef.” In your words: “To me, to be a part of running Zaytinya and working with [Chef] José Andrés, there’s not much more you can ask for. Eventually you open up your own place, and I feel I’m on par and on goal with my career and am going to keep moving forward.” Reading that and remembering where you were at that point, could you have imagined you’d be here today?

No, and I really didn’t envision all of this happening so quickly. Top Chef was a very inspiring competition with a lot of great chefs. A bunch of them had their own restaurants, and, at the time, I was running one of best restaurants in D.C. and the country. It made me ask the question, “What’s the next step?” I felt I was at the same level as — and higher than some of — these chefs who were opening their own places, and I got inspired to open my own place. I never thought I’d have all these storefronts so fast.

I had a minute to think about it recently, as I was running around and working so much. We’ve got a lot of things going on. A lot of people want to work with me, from chefs to developers who want our concepts in different cities, and that’s great. That’s exactly where you want to be.

Is there anything specific you learned on “Top Chef” that you’ve been able to apply over the past few years as your restaurant empire has grown?

I always thought I was a good cook, but I always knew I was a great operator. It’s hard to find a chef that can do both. Certainly, some can do one or another. “Top Chef” gave me some confidence from a food standpoint; the business part, I was always focused on. 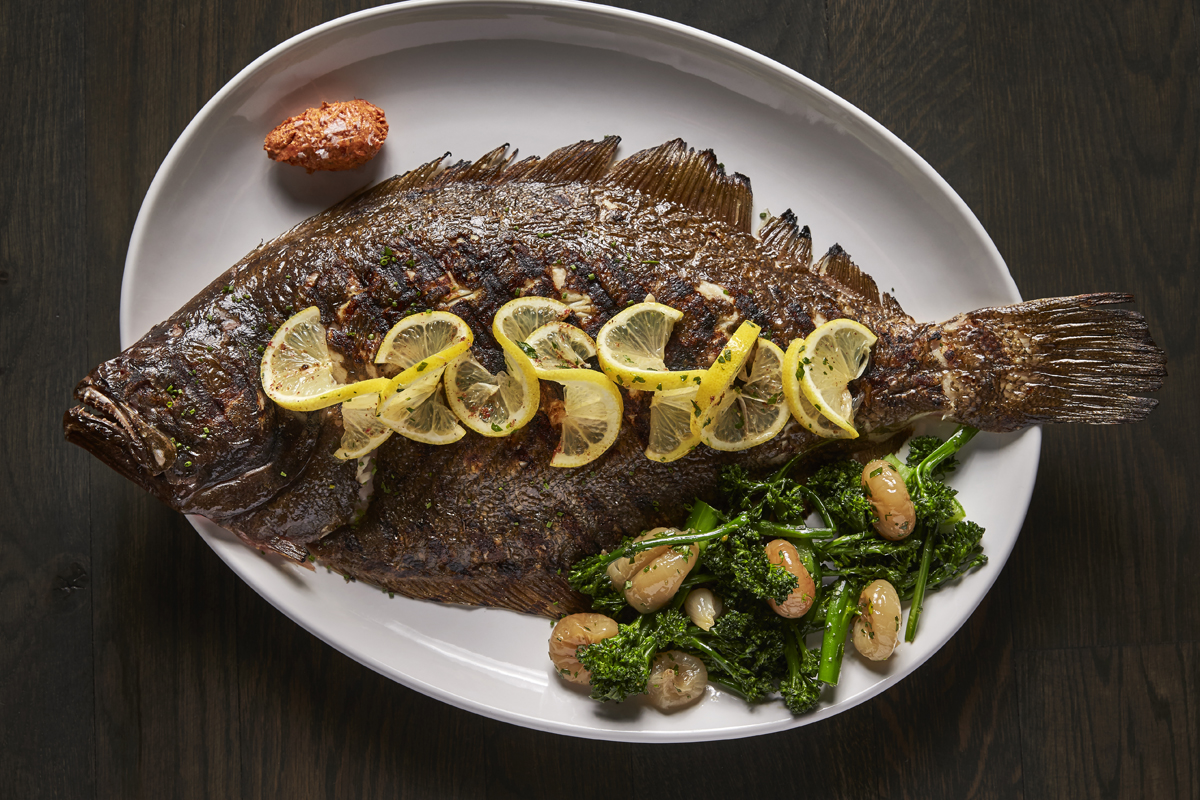 In addition to José Andrés, you’ve worked with Jose Garces and Marcus Samuelsson — some of the most influential chefs out there. How has each impacted your career?

Working for José Andrés was one of my last steps before going out on my own, and he gave me a lot of freedom and leeway to do what I wanted to do, because I had the experience. Marcus is such a creative chef; working with him was eye-opening on cooking technique, as well as the business end. Jose Garces was one of the best operators I worked for but also very creative.

I have worked for a lot of great chefs who helped me to grow, mentored me and made me their right-hand man. I’m so grateful for those experiences, and I’m trying to pay it forward in the same way. George Pagonis (Isabella’s former sous-chef at Zaytinya and now executive chef and partner at Isabella’s Greek restaurants, Kapnos, Kapnos Taverna and Kapnos Kouzina) has been with me for eight years. My beverage director has been with me 10 years, my director of operations seven years.

A lot of people who came to work for me are now running the restaurants. I love that people don’t leave the company; they learn, evolve and grow, all while working at great restaurants, so why would they leave? They might eventually outgrow me with just one or two restaurants, but when we grow, they grow. With the new concepts, it’s as exciting a time for them as it is for me. 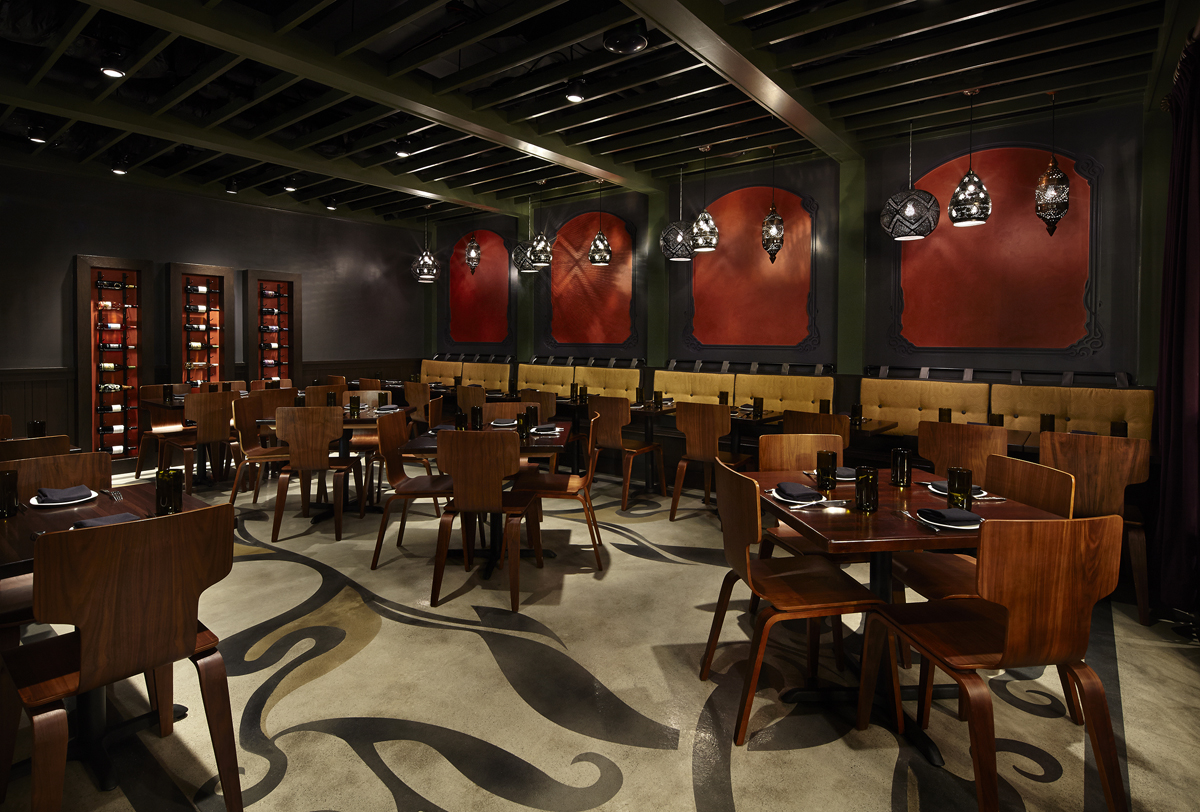 What gave you the idea to embark on such a large undertaking with Isabella Eatery at Tysons Galleria, with 10 concepts at once? Had you been mulling the idea of a food hall?

I think it’s one of the newer, hotter things going on. It’s more of an experience, not just lunch or dinner. We’ll have bars, casual, full-service. We were initially talking about a couple of concepts, and I said, “Let me do the whole thing. I can make it really special.” Imagine several concepts in the same dining areas, people walking around with cocktails, a little retail in there. A number of the concepts are already up and running in other places, and we’re adding a few new ones.

A coffee program, Non-Fiction Coffee, with different, high-end types of roasters; Retro Creamery, an old-fashioned ice cream shop with gourmet flavors, sundaes and a brioche ice cream sandwich; and a Mediterranean steakhouse that I’m doing research and development for in Tuscany and Rome in a couple of weeks.

Are you influenced by any of the other food halls out there, or are you going for something that’s never been seen?

One of my biggest influences for Isabella Eatery is Eataly, which I’ve been to in several cities. We’ll visit the one in Rome in December. I’ve eaten in food halls and emporiums around the world, and most of them are individual stalls. You have to go to one for pizza, another for pasta. This is a different take with various types of cuisines — Japanese, Mexican, French — plus a full-service experience and a casual experience all in the same area. It’s something no one else is doing, and we’re making it happen. We’re permitting now and should be open by the end of next summer. That’s the goal. 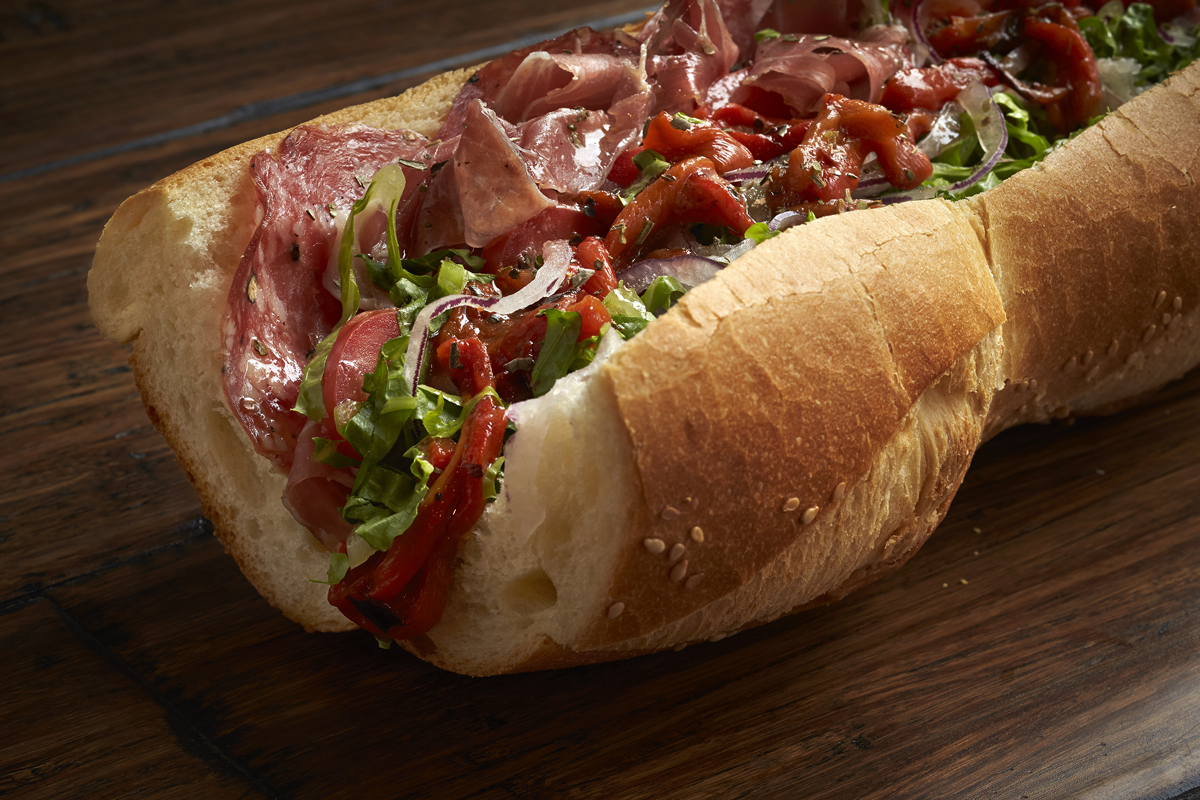 What are some of the other trends you’re seeing, either in the D.C. area or in large cities across the country?

Delivery is a big trend right now. A lot of the high-end restaurants are starting to do it. People know about good food, and D.C. is a trendy area with some great restaurants, but that doesn’t mean everyone wants to get dressed up and go out every night. We’re seeing a lot of people who want to enjoy their meal and want the high-end experience, but in their home.

You’re the United Nations of restaurants, with all the different international concepts you’ve got going. Is there any type of cuisine you won’t try?

I’m running out of concepts! Beyond the new ones that are already in the works, I don’t think I’ll be creating any more. For a little while, anyway.

What’s your favorite dish on the menu of any of your restaurants?

The taramosalata at Kapnos. We worked really hard on this recipe. And the Italian sub at G by Mike Isabella. I am Italian, after all.

How about a surprising guilty pleasure food?

I really like hole-in-the-wall Chinese restaurants, and I’ll have a small Shake Shack or Five Guys. You have to eat those American classics, but only occasionally, or I’d weigh 400 pounds.

Tell us the truth: Did you get robbed on “Top Chef All Stars”?

I thought I won. I dominated the season. But at this point now, we’re all winners.

From “Top Chef” to D.C. Darling: The Rise of Mike Isabella

From “Top Chef” to D.C. Darling: The Rise of Mike Isabella 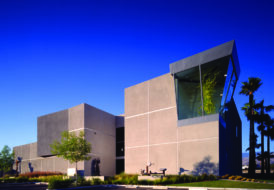