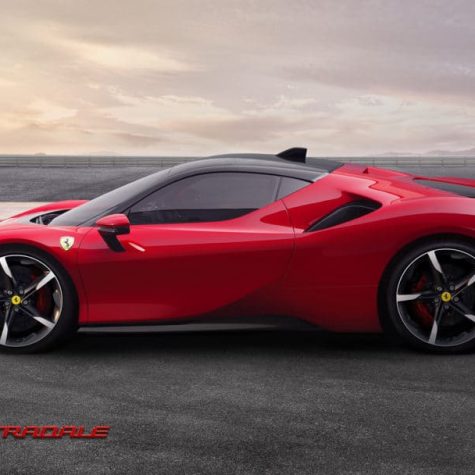 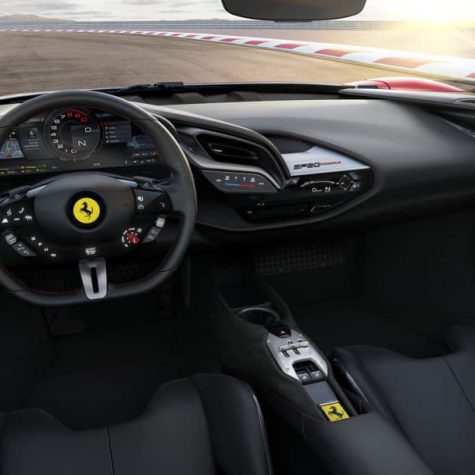 Ferrari just launched its most powerful street-legal car ever — and believe it — it’s a hybrid with 986 horsepower and three electric motors. 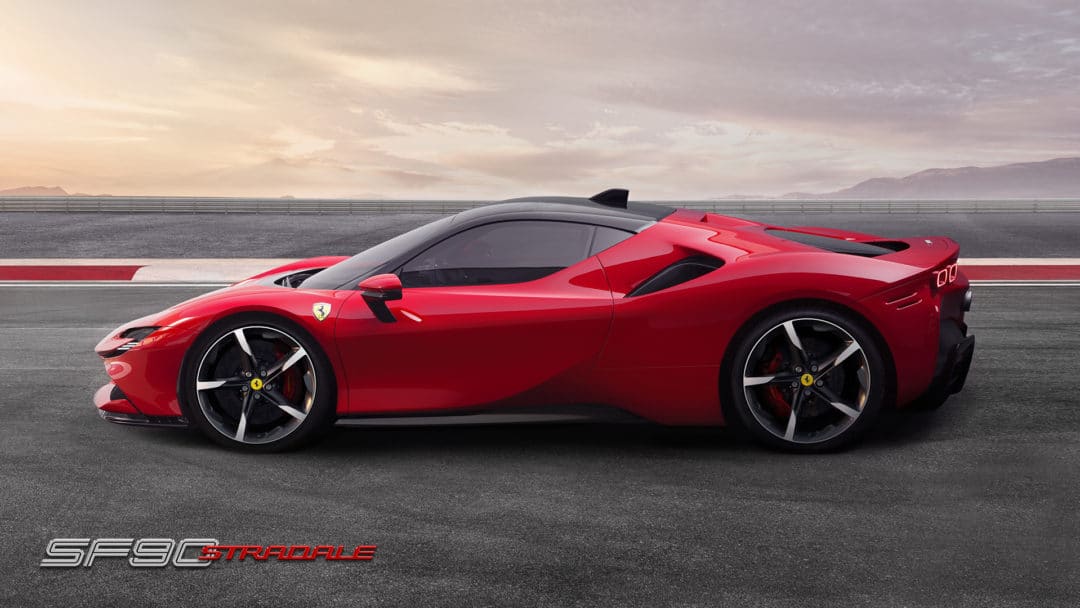 The new Ferrari SF90 Stradale represents a major turning point for the Italian luxury sports car brand. It’s powered by a 4.0-liter turbocharged V8 that can go from zero to 62 mph in a mere 2.5 seconds and reach a top speed of 211 mph. It’s the first time in Ferrari history that a car equipped with a V8 engine has placed itself at the top of the range.

The “SF90 Stradale” name comes from the automaker’s 2019 Formula One race car, the SF90, in honor of Ferrari’s 90 years in racing. (The word “stradale” means “road” in Italian.) With Ferrari, there has always been a close link between the world of racing and road cars — and the SF90 Stradale pays tribute to this legacy. The SF90 Stradale , the most advanced expression of technology developed at Maranello, is a demonstration of how the knowledge acquired through racing competitions like Formula One has long influenced production Ferrari cars.

The SF90 Stradale is equipped with a 4.0-liter turbocharged V8 that generates 769 horsepower, the highest horsepower ever achieved by an 8-cylinder in the history of Ferrari. The remaining 217 horsepower are supplied by three electric motors, one at the rear, an application adapted from Formula One cars. The complexity of such a system does not translate into complication for the driver, however, who only has to select one of four ways to use the power unit and concentrate on driving. The rest takes care of itself via a sophisticated control panel that supervises the management of energy flows between the endothermic engine, electric motors and batteries. 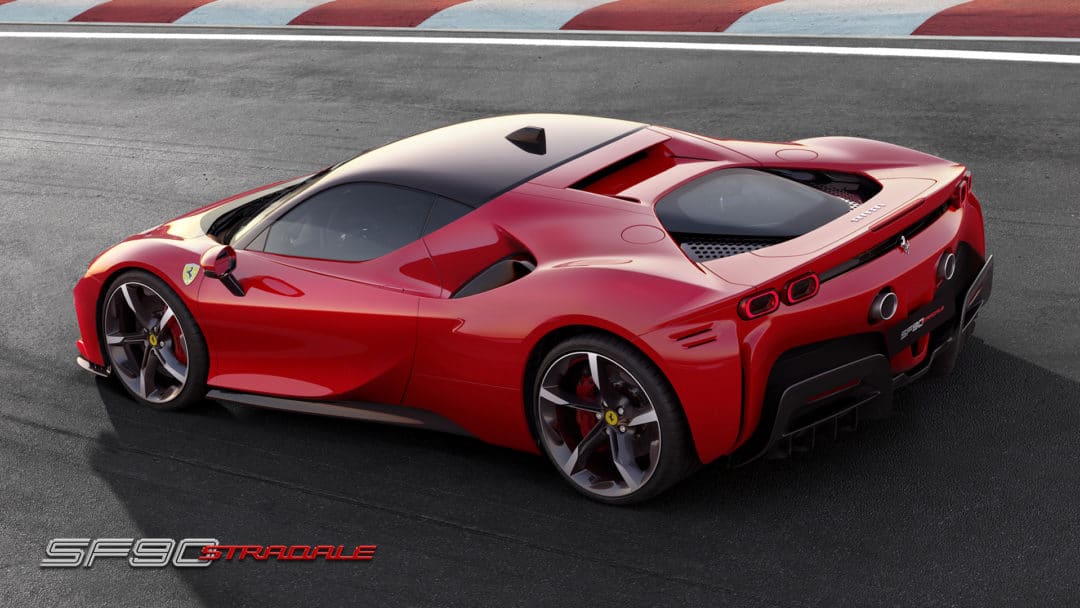 The SF90 Stradale is also the first Ferrari sports car to be equipped with all-wheel drive, a necessary step to take full advantage of the incredible power made available by the hybrid power unit.

Ferrari technicians were able to further expand the spectrum of dynamic controls through the front electric axle, called RAC-e (Electric Curve Trim Regulator). In addition to performing the exclusive propulsion function in electric, the two front electric motors independently control the torque delivered to the two wheels, completing and extending the concept of torque vectoring. Integrated into the dynamic vehicle controls, the RAC-e manages the moment-by-moment torque, thus allowing the driver to reach top speed with greater simplicity and safety.

The introduction of hybrid technology — which added an additional 595 pounds to the vehicle — meant Ferrari had to solve some complex problems around weight management. The engineering team developed several innovations to lighten the vehicle. Most notably, they used carbon fiber. And by using the hybrid system for reverse, Ferrari was able to take out the reverse gear from the eight-speed gearbox, thereby reducing weight.

The development of a hybrid car like the SF90 Stradale involved the search for a series of innovative aerodynamic solutions. The significant increase in power performance increased the amount of thermal power to be disposed of, pushing the development team to a thorough review of the aerodynamic flows on the radiant masses. This meant that they also needed to study new solutions to increase the load efficiently and guarantee maximum stability at all speeds and driving conditions.

Noteworthy is the innovative gurney shut-off , a patented system at the rear that regulates air over the upper body to reduce drag at high speeds.

The SF90 Stradale represents another epochal turning point for Ferrari from a stylistic point of view.

The racing philosophy “eyes to the road, hands on the steering wheel” takes on a truly central role for the first time too, significantly influencing the ergonomics and styling of the interior. The result is an HMI (Human-Machine Interface) and interior layout concept that are a complete departure from previous models. 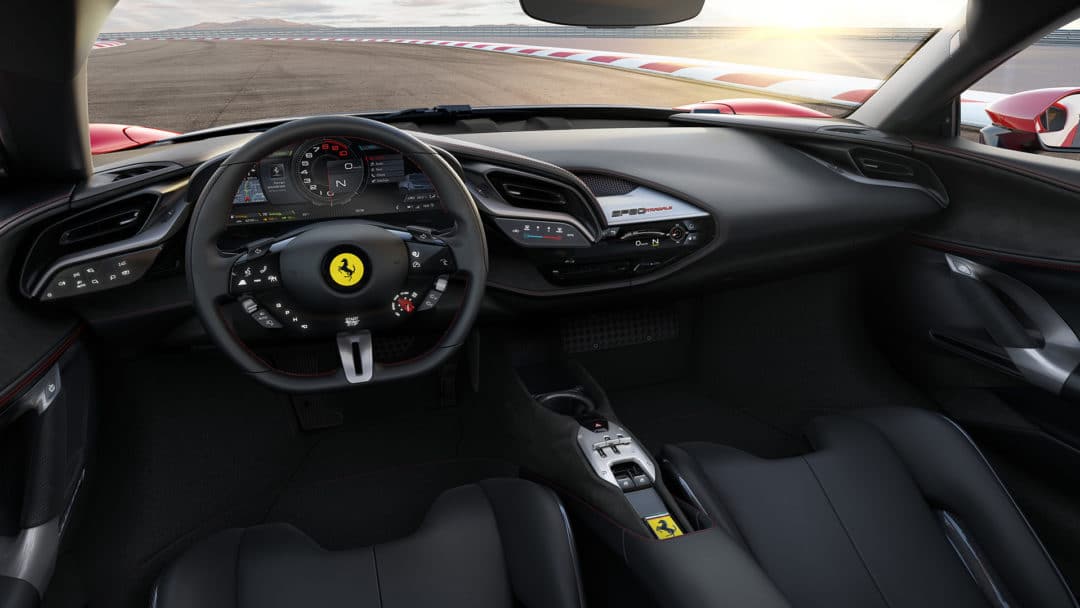 Among the major innovations introduced, the steering wheel is equipped with a series of touch controls that allow you to control virtually every aspect of the car through two thumbs, while the central cluster is now completely digital and equipped with a 16” high definition curved screen (an absolute first on the market). It is completely configurable and controllable via steering wheel controls.

As for the central tunnel, the improvement of ergonomics brings a reference to a past element: the controls for the management of the automatic gearbox are now managed through a grid element that recalls the legendary gear selection gate, a real Ferrari manual gearbox icon. “Thus past and present skilfully merge to point the new Ferrari towards the future,” according to Ferrari.

Ferrari Presents Its Most Powerful Street-Legal Car Ever: the Hybrid SF90 Stradale

Ferrari Presents Its Most Powerful Street-Legal Car Ever: the Hybrid SF90 Stradale