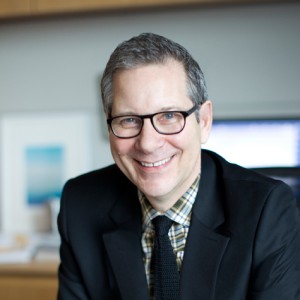 As far as interior design authorities go, you can’t get any more legendary than ELLE DECOR.  With 2.5 million readers and a worldwide network of 25 publications, the magazine has been inspiring its readers with fresh visions on residential design, decorating and elegant furnishings since 1989. That is why Previews Inside Out chose Michael Boodro, editor-in-chief of ELLE DECOR, as our voice on legendary design through the ages. Boodro recently moderated a keynote panel called “Cycling Through History” with Kim Alexandriuk, Timothy Corrigan, Alex Papachristidis and Madeline Stuart at LEGENDS, an international three-day design event sponsored by Coldwell Banker Previews International®, 1stdibs, One Kings Lane and Dering Hall, among others. The notable editor shared what’s in and what’s out for historic design…and even revealed his period preferences for his own Tribeca apartment. Biedermeier.

Michael Boodro I think your eye gets tired of seeing the same thing. It happens in fashion and in interiors. For example, people tend to be fascinated with pieces from the generation before their parents—what they didn’t grow up with. So now we’re seeing elements of the 70s coming back into style. It also can be culturally triggered, which is why we’re now seeing Art Deco-inspired jewelry, and highly French polished pieces of ebony and other dark woods coming back into focus, just at the time that the new Gatsby movie is coming out. People want to look back, but reinterpret a historic period for their own time. Of course, certain periods do come back repeatedly, such as the neo-classical style with its elegant cornices and columns.  The Greek Klismos chair comes back repeatedly; it was popular during Napoleon’s era, then in the 70s and again today.  I don’t know that we’re ever going to have an Egyptian Revival. That came at a time of great archaeological exploration, when we were discovering the Egyptian tombs and great wonders, and that set up a mania in late 19th century and Victorian era for Egyptian-style pieces.

Previews Inside Out What’s the period of the moment right now?

Michael Boodro I think the 70s are coming back. We’re seeing a lot of bronze, brass, and low slung furniture…with a little bit of disco thrown in (but hopefully not as gaudy as before!). People are tired of mid-Century and French 40s looks. Those who are in the forefront of design are looking for more polished and stylized pieces. For example, in our June issue, we featured a young firm in Red Hook, Brooklyn that is bringing back luxury eggshell inlay finishes and shapes in bronze reminiscent of Art Deco.

Previews Inside Out What is the most luxurious period in your opinion?

Michael Boodro It would probably be the Napoleonic era. Everything was plush, velvet-stuffed and incredibly detailed. It was the height of luxury and decadence, what inspired Proust when he was a boy. In terms of luxury that I personally relate to, I would say 1930s France…Jean-Michel Frank—very clean lines but in the most sumptuous materials.

Previews Inside Out What period do you wish would come back into vogue in the home?

Michael Boodro I would love to see English Georgian furniture come back into style, or 18th century French furniture. I think there’s been a turn away from antiques—what people dismissively called “brown furniture”—but I think those pieces can be really beautiful. It is a shame they have gone out of fashion.

Previews Inside Out What’s next on the horizon in terms of historic styles?

Michael Boodro I’m going to go out on a limb here and say that we might see a Biedermeier revival, which was big in 70s and early 80s… although some people will deny it. I think we’re starting to see the Austrian Wiener Werkstätte style come back with its beautiful woods, geometric patterns, and nod toward modernity. There is going to be a greater interest in refined and high-end quality pieces.

Previews Inside Out When it comes to your own home, which period do you continually draw from and why?

Michael Boodro I actually do have some Wiener Werkstätte and Biedermeier pieces… so maybe I’m saying all of this in the name of self-interest! I do gravitate towards Neo-Classical styles.

My spaces have clean lines, but not strict. There is carpeting in the bedrooms. I have a lot of classics—a Joseph Frank inspired sofa and bentwood Thonet chairs—which mix well with other periods. For my own spaces, it has to do with serenity. You go home at the end of a long day, and you just want to have something that is comfortable and soothing.

More information about LEGENDS 2013 or the “Cycling Through History” Keynote can be found here.