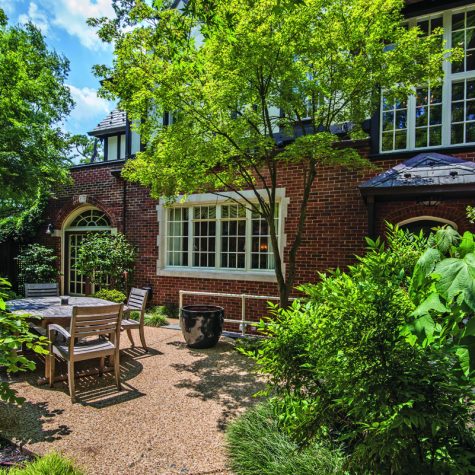 Convenient, but not too close. Historic, but not too old. Spacious, but not without character. It’s those juxtapositions that often drive the search for the perfect piece of real estate. The ideal location can mean being within easy proximity to work and other area amenities, but does it also offer a serene, private setting? The ideal residence has to have a pedigree, but has it also been updated to modern standards?

Finding that one-in-a-million home that meets all your needs and adds that something extra that also makes your heart beat faster can be incredibly challenging. This is what makes residences like the Crestwood Tudor, a storied, 6,250-square-foot manse in a coveted Northwest Washington, D.C., neighborhood even more rare. 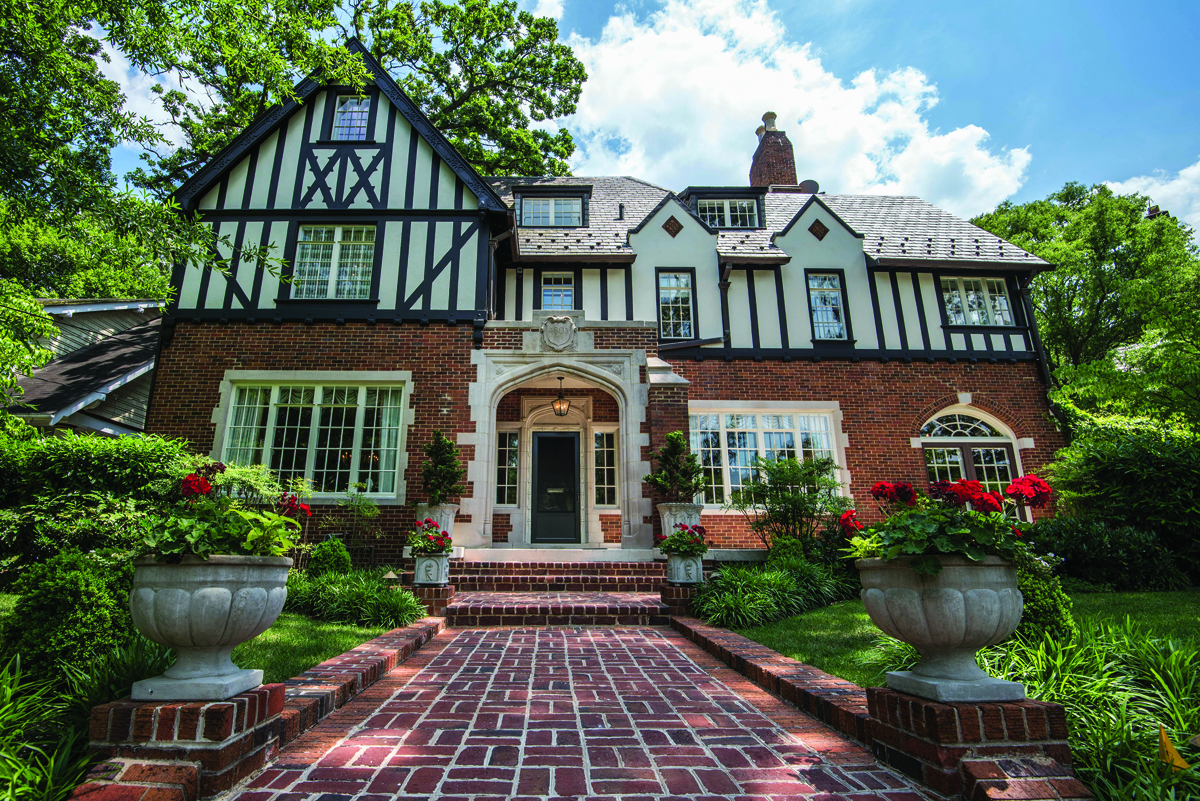 “This is a special property, and not one that is typical for Crestwood, because it is so grand and has been beautifully restored,” says listing agent Martin Toews of Coldwell Banker Global Luxury and the Martin and Jeff Group. “It’s a beautiful English Tudor built in 1923 by the Lansburgh family, founders of the Lansburgh’s department stores in D.C., and renovated to its original grandeur with modern standards. It sits high above the street, so you have privacy and great curb appeal.”

“It is a preferred setting for Washington, D.C., homebuyers,” says Toews. “There is a large international presence and a number of urban buyers who formerly lived downtown and wanted to be close to the area but with more space and privacy. It’s located minutes to Rock Creek Park and 10 minutes to the White House.”

Of course, with so much to offer within the home, the buyer may want to stay even closer to home. Last sold in 2001 to its current owners, the home was meticulously restored, returning its original “mantels and carved moldings, as well as many of the home’s original French doors, to their former beauty,” he says. “The home originally had more rooms; however, during the renovation, rooms were combined to create an incredible walk-in closet and spa bath in the master suite that added considerably to the home’s appeal. Even with removing some rooms to accommodate the new space, the home still has five bedrooms, plus a sitting room and media room on the top floor.” 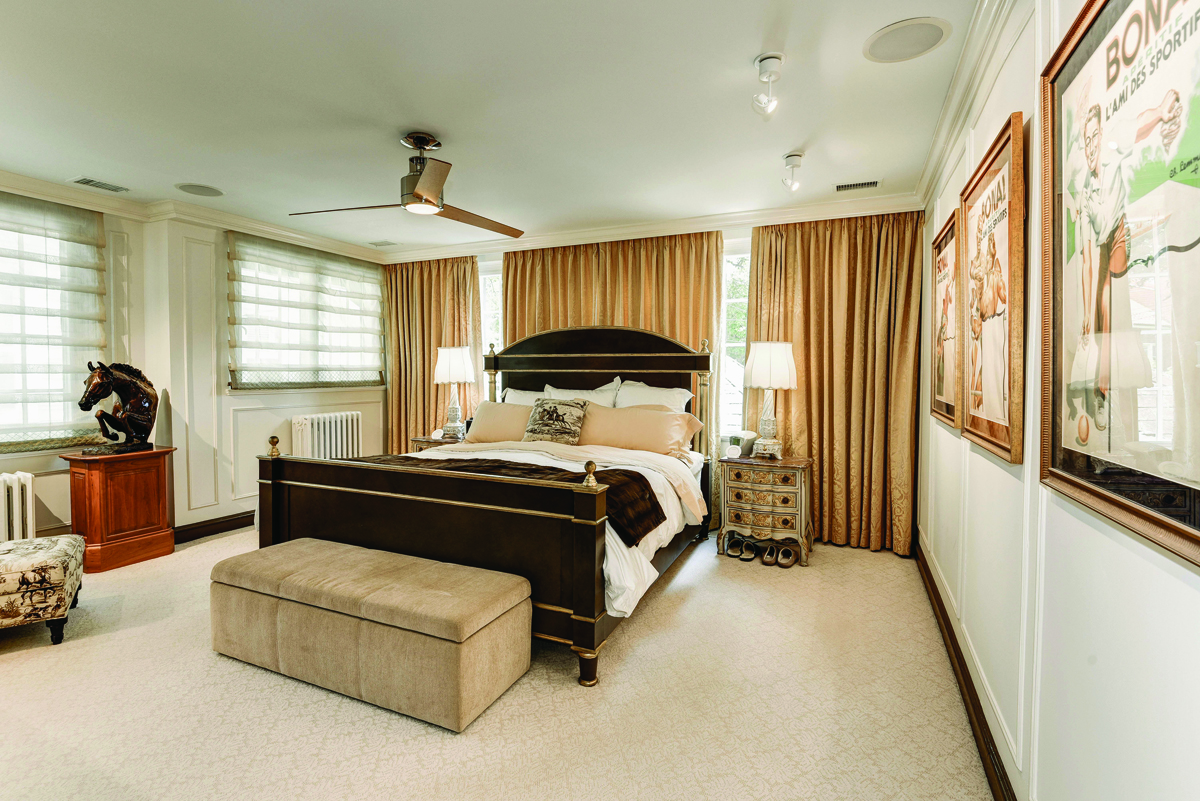 The newly created master bath is an awe-inspiring creation of mosaic tile with an inlaid design, white cabinetry with miles of stone counters, sparkling light fixtures and elegant finishes, and a large walk-in shower. One of the largest undertakings during the renovation was the kitchen, which was customized, modernized and dressed with expansive stone counters, a center island, high-end cabinetry, professional stainless steel appliances and a butler’s pantry, in keeping with the expectations of today’s luxury buyers. 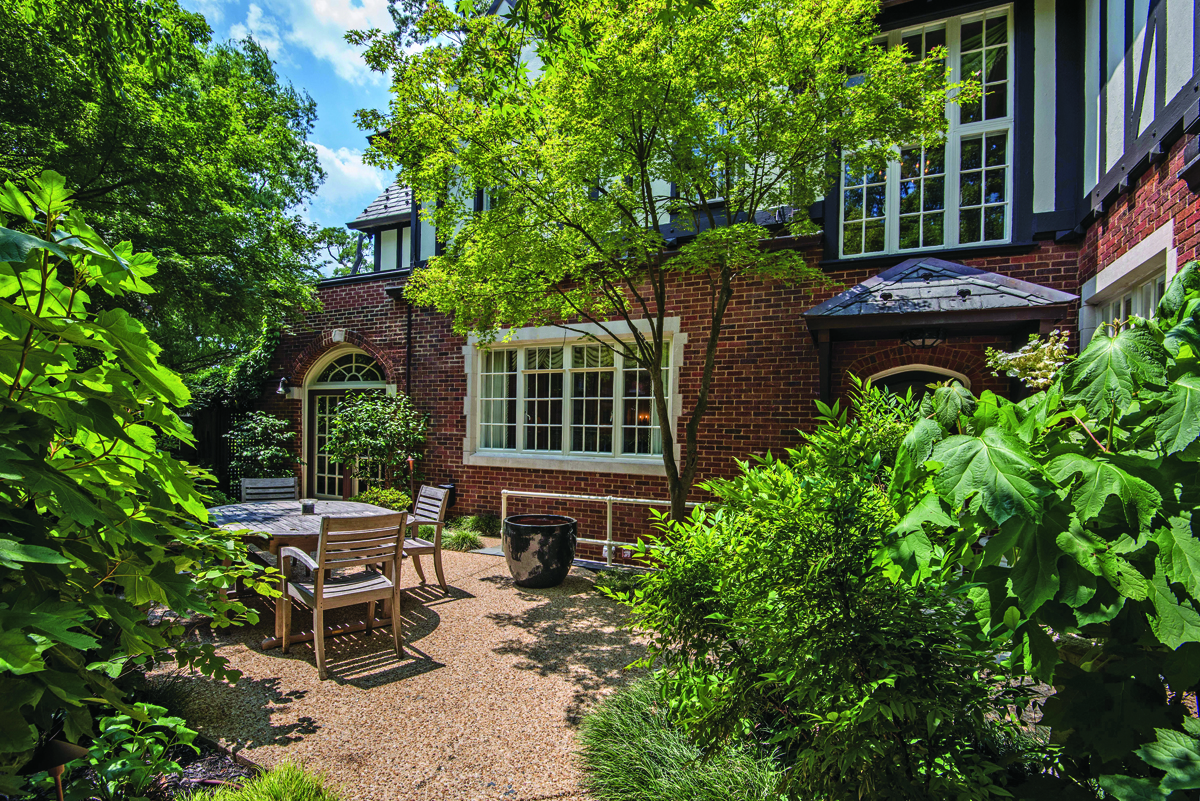 The kitchen complements the large formal dining room and the handsome office, while two additional special features of the home add to its unique appeal. The brick conservatory is flooded with light through oversized, arched windows and is just a taste of what you’ll find beyond the doors. Here, surrounded by mature landscaping and lush greenery, you’d never know you were just minutes from the city. “It’s amazing that just a few minutes outside of the downtown area, it can be so quiet,” says Toews.

Article by Jaymi Naciri; This story originally appeared in the fall 2017 issue of Homes & Estates magazine.