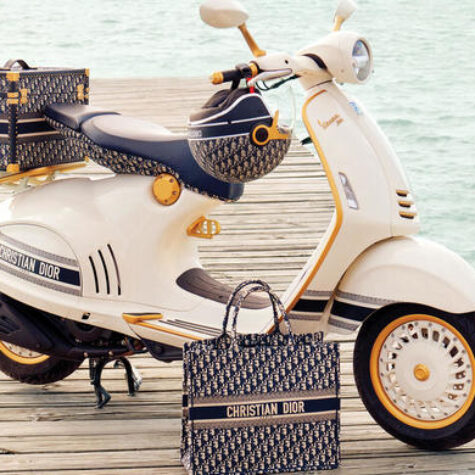 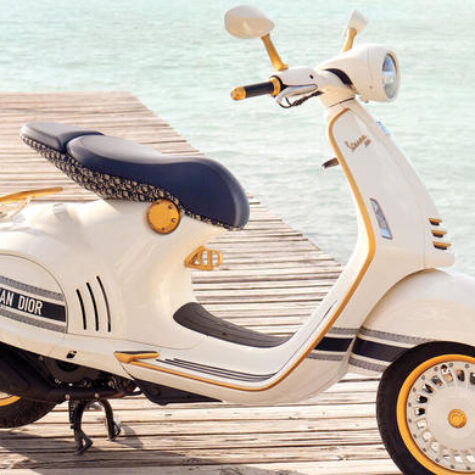 1946. It was the year that Christian Dior founded his eponymous couture house and Piaggio released its very first Vespa. Now 74 years later, the two brands have joined forces to create the chicest, most fashionable scooter yet: the Vespa 946. 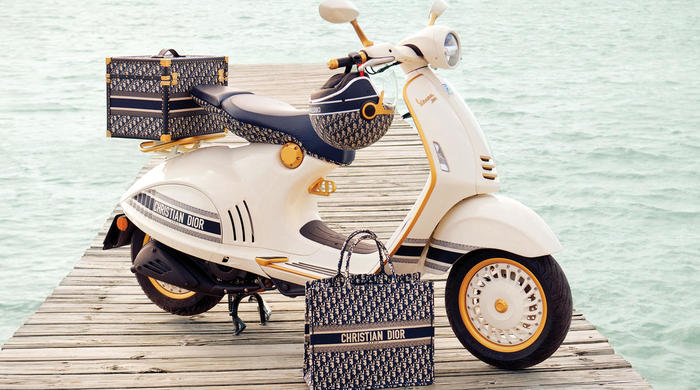 The Vespa 946 Christian Dior scooter is “a haute riff” on the iconic 946, which was presented in 2012 in Milan and “recognized for its elegant, streamlined curves and technological innovation,” according to Piaggio. The new model was designed by Maria Grazia Chiuri, Creative Director of Dior women’s collections, and made in Italy. Naturally, there are matching accessories to go along with it.  The collection is “a symbol of refinement,” reflecting the two brands’ “shared commitment to the excellence of savoir-faire and virtuoso art of detail,” said Piaggio in a press release. Echoing the design of the saddle, a top case patterned with the Dior Oblique motif – designed by Marc Bohan in 1967 – is specially designed to be fixed on the luggage rack, adding a distinctive allure. A helmet adorned with the same iconic motif rounds out the unique range. The scooter pays homage to its Roman roots and its impact on pop culture, such as its cameo alongside Gregory Peck and Audrey Hepburn in the 1953 classic “Roman Holiday.” 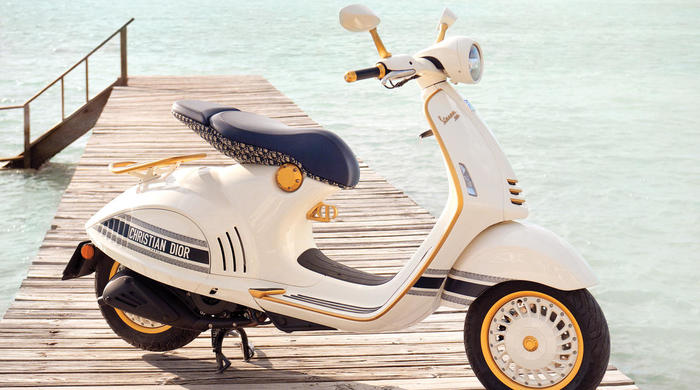 “I have so many happy memories starring a Vespa,” Chiuri said. “It’s a symbol of Italian-ness that is intricately linked to my personal history, and it’s now part of my professional life at Dior.”

These limited-edition creations will launch in spring 2021 in Dior boutiques around the world and subsequently in a selection of Piaggio Group’s Motoplex stores. No price has been announced yet.