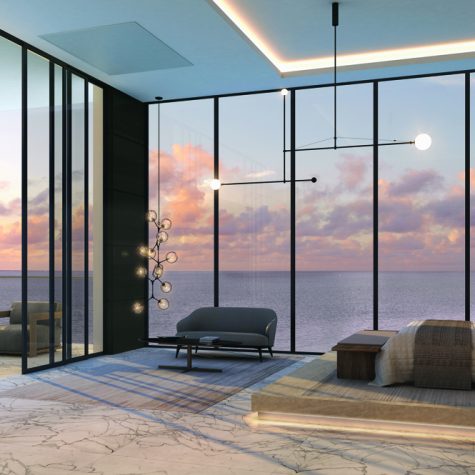 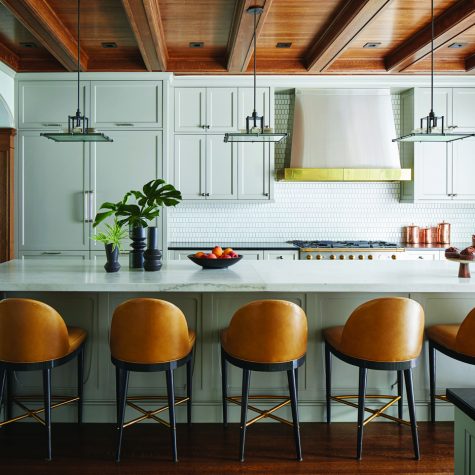 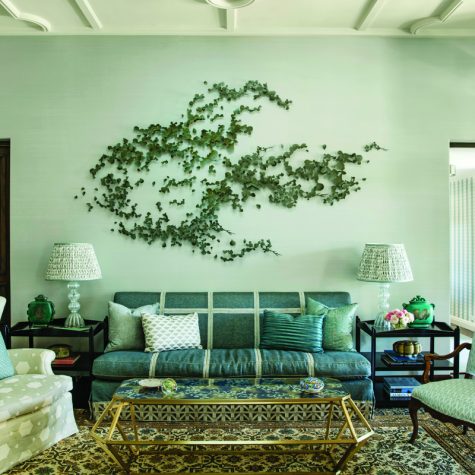 Classic estates never go out of vogue, but for many the idea of what elevates a home from mundane to luxurious has changed as function, comfort and individuality replace formerly esteemed ornate qualities. Elegance today often translates into a “simplicity of styles, clean lines, visual and tactile textures, maximizing natural light, personalization and technology,” says Beverly Hills designer Christopher Grubb. 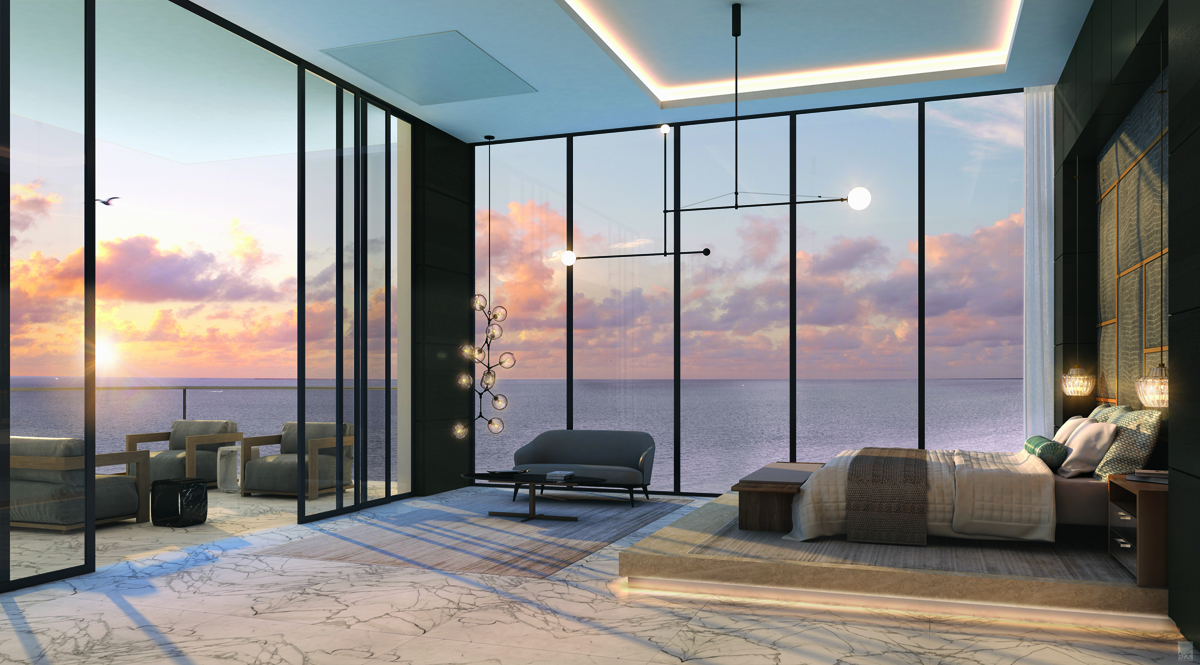 Still, plain vanilla boxes are passé. “The white of even five years ago is now giving way to more earth tones and color. People are splurging on art; they want to make sure they have that element in their homes,” says Phil Kean, a principal at Phil Kean Design Group. “Also, I am finding quality furnishings have become more and more important.”

“People are appreciating a much more layered interior. It’s much more about dimension and design, infusing different styles, infusing unique elements together,” says Chicago designer Donna Mondi. Additionally, not everything is brand new. “I think it’s a European influence on design that is much more lasting than what we are used to here.” 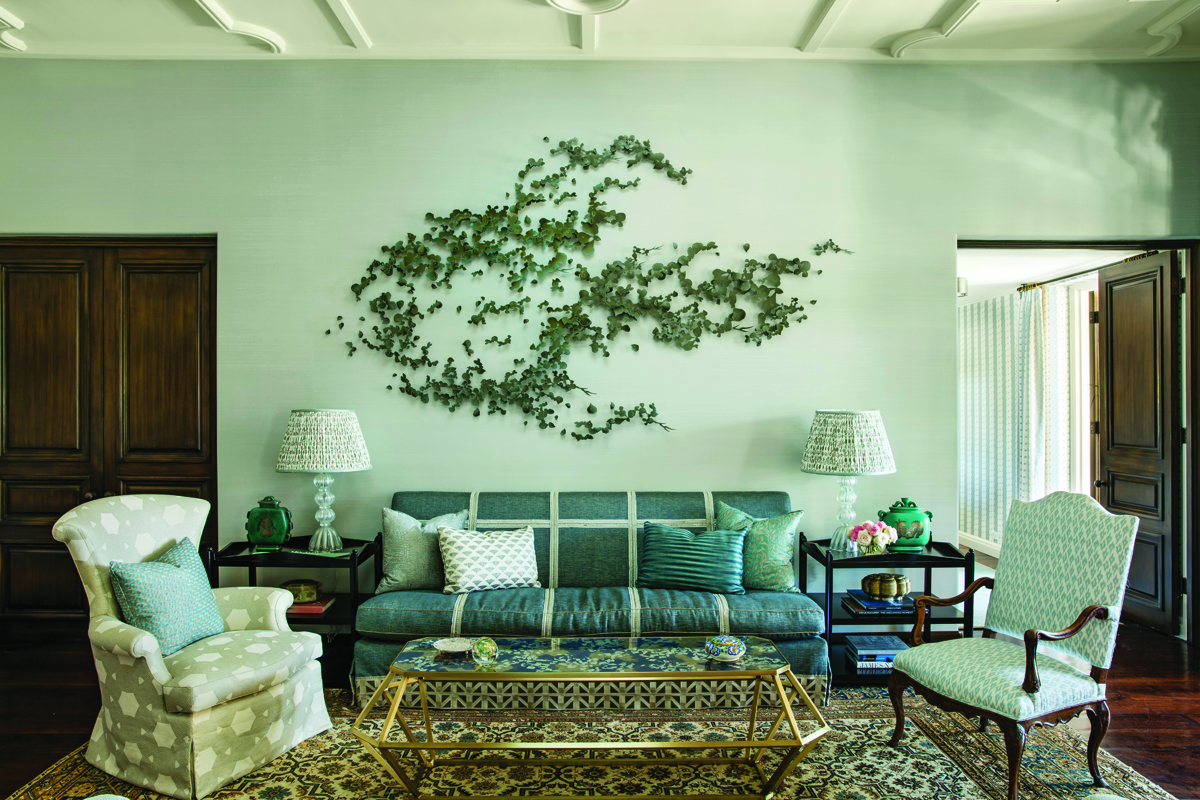 “In the 1990s and early 2000s, bigger was definitely better. Buyers at all price ranges wanted as many square feet and as many rooms as possible. Fast forward to 2018 and most buyers are looking for more of a balanced footprint that addresses their needs, but does not have extra rooms and spaces that are not ‘lived in’ or necessary,” observes Danny Hertzberg, with The Jills team at Coldwell Banker Residential Real Estate in Miami.

Instead, meticulous design that becomes a springboard for lifestyle and amenities paired with passions are mandatory. Even though the recovery loosened purse strings, attitudes regarding consumption, especially among the affluent, shifted toward spending thoughtfully. The result for residences was intentional design, which colors everything from the selection of furnishings to home sizes to a renewed appreciation for quality.

“As consumers shifted toward a mindset of spending thoughtfully, it became not about the super-large estate home with OK finishes, but toward more intentional spaces where they are using the whole home,” shares Mondi. Even clients with very large homes, over 10,000 square feet, desire all functional spaces, says architect Elissa Morgante, principal at Morgante Wilson in Chicago. “Even when we do these very large homes, they want the furniture to be comfortable and approachable and not overly precious, so you can’t sit on it.” 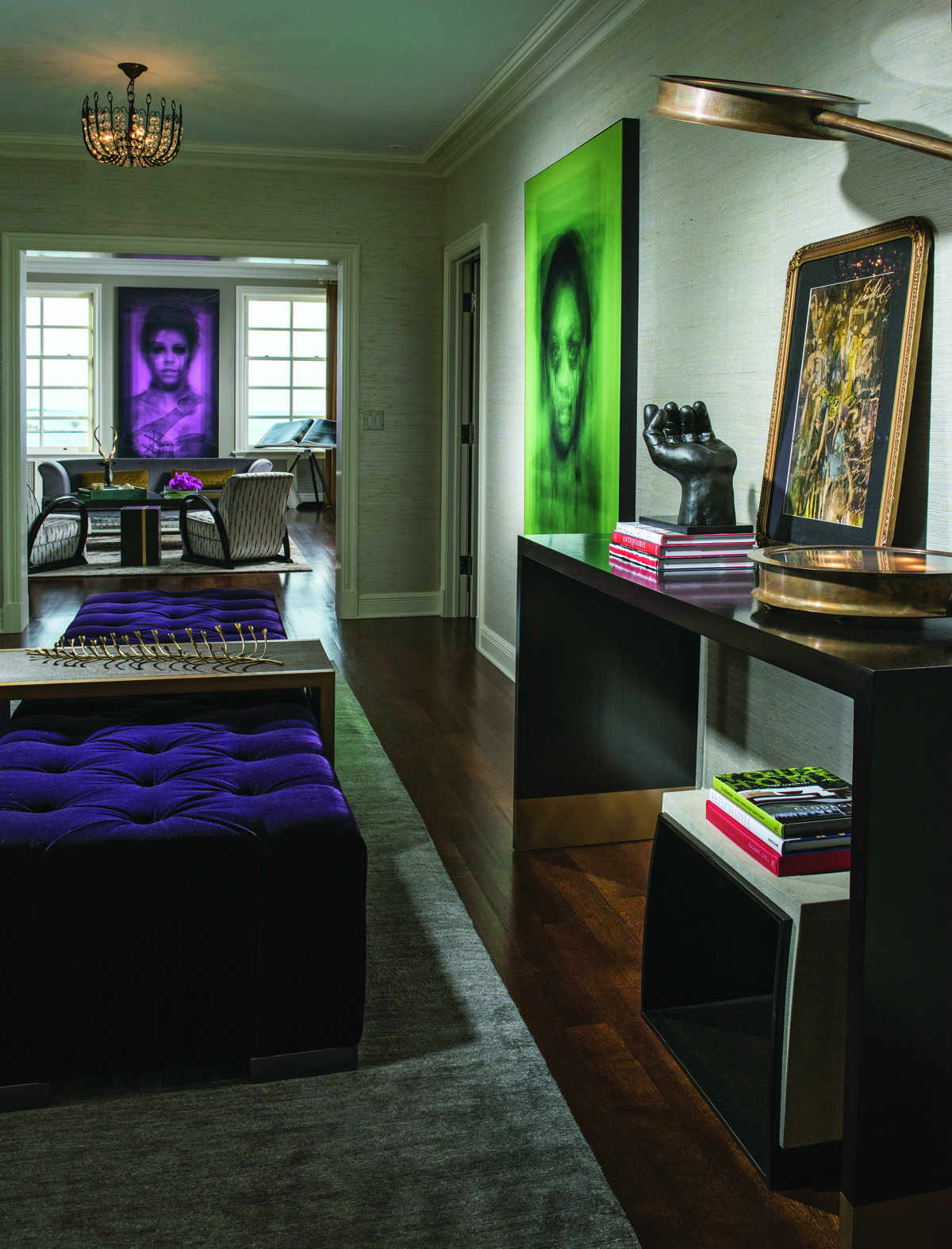 Those with unlimited funds often seek exactly what they want, but wealthy empty nesters are desiring smaller homes, observes Kean. “McMansions, for the most part, have fallen out of demand, and even the high-end buyers have scaled back their footprint of the home to focus more on outdoor spaces, views and quality finishes. There are, of course, exceptions especially in Texas and parts of California, but the trend is changing for most buyers and most markets,” says Hertzberg. Emerging in recent years is an entirely new luxury category: townhomes. “I would say 20 years ago a townhome was a lower-end product and now it’s a luxury product,” Kean says, pointing to a large number of townhouses in Winter Park, Florida, “priced north of $1.5 million within walking distance to all of the restaurants.” And it’s not unheard of to see one priced at $5 million.

Also finding an enthusiastic reception are single-family homes attached to a luxury hotel or resort. Having the Ritz-Carlton brand and extensive hotel services, not to mention a mega-yacht marina and indulgent amenities, has been a big draw for potential owners to the residences at the Ritz-Carlton Reserve Resort in Caroline Bay, Bermuda. San Francisco-based SB Architects made lifestyle the foundation for the design of the residences, said Sandra Christensen, sales and marketing manager for Coldwell Banker Caroline Bay.

Location remains the overriding luxury determinant, and the addition of a view only heightens cachet and value. “Among luxury buyers, the biggest change has been a gravitation toward a view. I would say that’s one thing that’s been major,” along with a change in architecture, says Joyce Rey, executive director, Coldwell Banker Global Luxury. 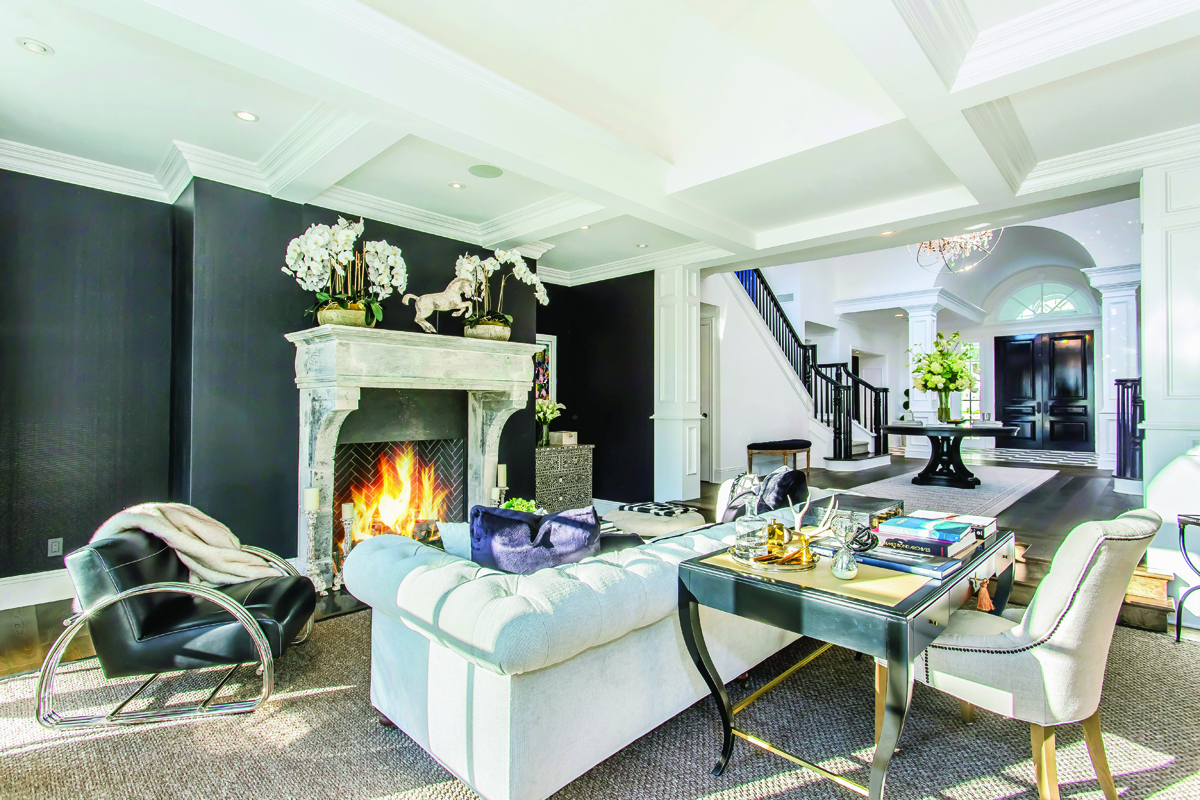 In California, Florida and other locations, there is an ongoing move away from styles popular in the last 15 years to a more contemporary aesthetic. In her area, Rey also sees a desire for an East Coastinspired style. “Mediterranean has taken a back seat to these styles, and it was the number one choice probably 10 years ago,” says Rey. Farmhouse, which typically combines rustic elements on the exterior with an interior mix of contemporary influences such as soaring ceilings paired with organic materials including reclaimed wood, is emerging as a preference, even in Miami. “It is the latest development among very high-end buyers,” explains Rey. Farmhouse topped transitional and contemporary styles as a preference for kitchens in a recent annual national design trends survey of kitchen experts. For both exteriors and interiors, contemporary or modern is moving away from the iconic hardedged expression. “Modern has been the rage for the past few years, but the concept is evolving. It went from glass/steel cold boxes to a softer approach utilizing natural elements such as wood, stone and living walls,” explains Hertzberg.

In other places, traditional vernaculars, such as Colonial or Saltbox in New England, remain popular, but buyers look for updated interiors. “We have a busy market with limited inventory,” says Anne Blumenhaur Smith, an agent with Coldwell Banker Residential Brokerage in Duxbury, Massachusetts. 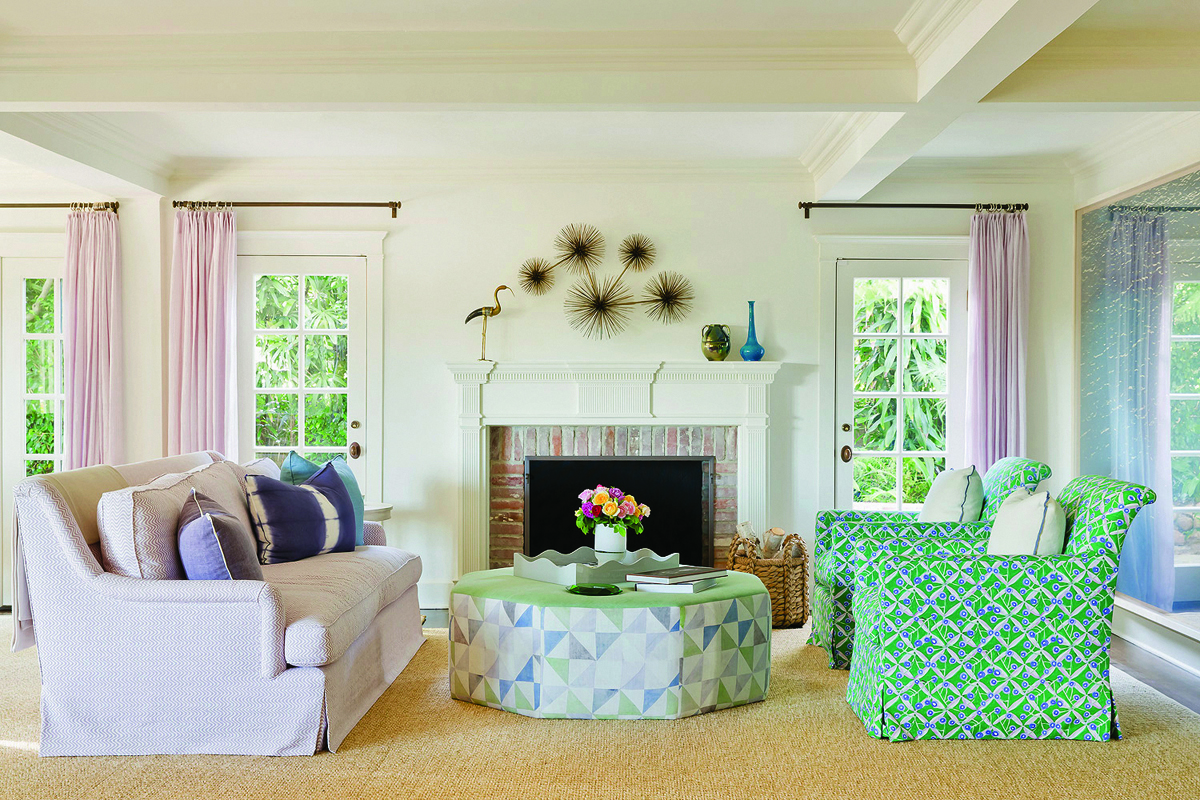 Still, if a house doesn’t look right or have that certain feel, it tends to linger on the market. Design itself has become transformative. Rey explains: “If you buy a penthouse in one of the top buildings, that would be considered luxury. Once you bring in a top interior designer and you have beautiful finishes, all of that really makes it something luxurious.”

Comfort was typically not an attribute of grand residences; today it is. Grubb uses fabrics with a softer hand and down-wrapped pillows. “We are going to see lots more rounded edges, softer, curvier pieces,” says New York designer Shawn Henderson. “People are getting used to the idea of having depth in their colors and designs instead of it being all light and bright. They’re starting to value cozy spaces and things that are a little more dynamic and interesting,” says Mondi. Children and families are important to today’s design narrative.

“We don’t have too many clients really where they have rooms where they don’t want the kids to be. You don’t do a lot of design like that. We’re certainly sensitive to functionality and how things are going to wear,” says Christine Markatos Lowe, owner of an eponymous design firm in Santa Monica. Rather than aesthetics, the “biggest trend in luxury home building is people are putting more activities for themselves into their houses,” says Morgante, citing recent inclusions of in-house basketball courts, bowling alleys, poker rooms and indoor swimming pools. 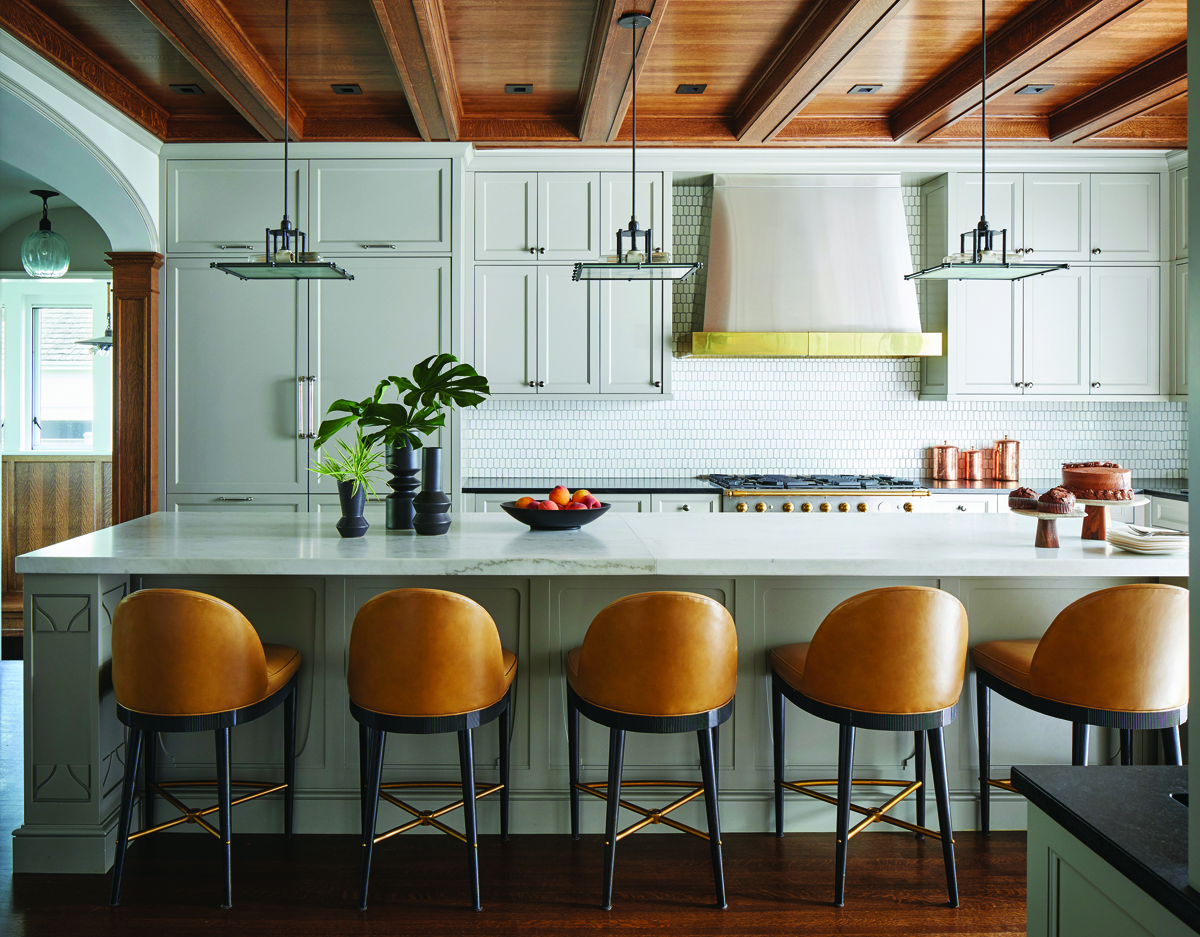 In many places, basements are popular again, offering not only found square footage, but also an extensive expanse to create an entire amenity level. Ten years ago, according to Rey, “only movie moguls and big movie stars wanted screening rooms; now it’s become a pretty common asset.” Among Markatos Lowe’s clients, media rooms and screening rooms are a must-have. In other regions, theater rooms are morphing into rec rooms and club rooms. Wine cellars with space for tasting or entire meals were a rarity. Rey says, “Every house has a wine cellar now, and if they have space they are going to have a tasting area.” Health and wellness amenities in homes, as well as condos, are just beginning to gain traction with additions of meditation rooms, Pilates studios, yoga terraces, spinning rooms and steam/sauna rooms.

“Technology is going to be big, that’s probably where we’re going to see the biggest luxury changes,” says Kean, whose designs merit certifications for energy efficiency, including LEED Platinum. “Even if the homes are big, I think homeowners want to feel like they’re giving something back,” he says. He is also seeing strong interest in batteries and solar. “I can’t tell you how many people have asked about the new solar roof panels that will be out soon.”

Smart-home technology has gone from a wow feature 10 years ago, to something that is expected in a high-end home. Hertzberg works with developers, and he suggests for technology they must cover all of the elements such as smart lights, temperature control, music, locks and security. Expect to see technology become more integral to homes as it increasingly syncs with function. As the pace of innovation and adaptation accelerates, the best may still be to come in the near future.